What to See Near Taj Mahal, Agra? 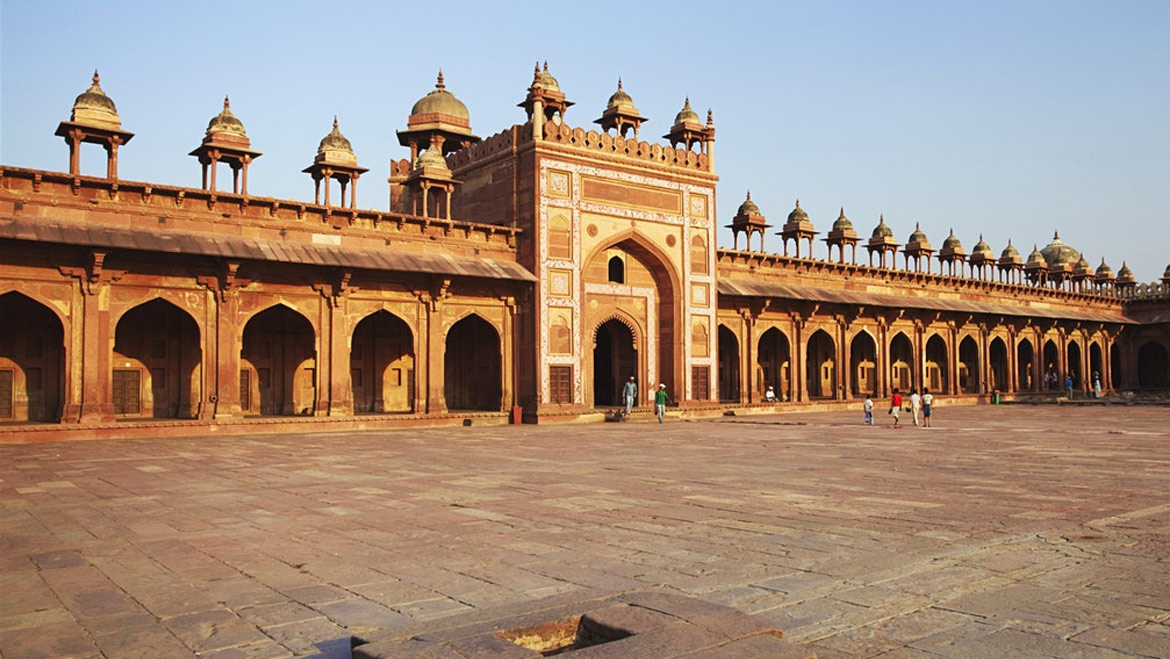 Taj Mahal marks the identity of the city of Agra; however there are many splendid places that exist in Agra that remains unveiled. Most of the grandeurs are found around Taj Mahal and narrate the galore of the Mughal era. Agra is a reflection of majestic Mughal era and their astounding history is a vital part of the Golden Triangle in India. Visitors throng Agra to witness the unmatched aura of Taj Mahal. Often the beauty of Taj Mahal overshadows other structures including Agra fort, Fatehpur Sikri and Sikandra existing under the shelter. Without offending the magnanimous entity of Taj Mahal, a travel enthusiast has the right to explore cores of the wonder called Agra city.

Here is a list of places to visit in Agra near Taj Mahal that you must follow as an authentic traveler:

The masterpiece of Lodi Dynasty and the heritage passed on to Mughals, Agra Fort tops the list when it comes to exploring Agra city. Popularly known as the heritage tourist places in India, the fort fore-tells the story of rich history and display architectural grandeur. Major architectural contributions are traced from the period of Shahjahan, where in this great Mughal emperor replaced red sand-stones with white marbles. The legend has it that Aurangzeb, the might ruler and the son of Shahjahan imprisoned his own father in this mansion. Visitors have the opportunity to see the imprisonment areas and a special point from where Shahjahan looked at the Taj Mahal. The entrance of the fort has been kept from the southern gate known as Amar Singh Gate.

Agra Fort is at a distance of 5kms and it takes only 10 to 15 minutes of travelling to Agra Taj Mahal. One can take up a guided tour of the palace as it will help in learning the details of this wonder. The complex of the fort comprises of several structures like Mosque, public hall, private hall, towers and courtyards. A colorful garden in the centre compliments the entire structure. Do not miss out on capturing this immaculate architectural marvel in your camera to always cherish the precious time you spent in exploring it. A ticket for domestic visitors is Rs 20, while the international visitors have to pay around Rs. 400.

Top Monuments in India that Reflect Rich Culture and Heritage

Ideally the mausoleum of Akbar or Sikandra should be more popular than Taj Mahal. After all Akbar is considered one of the most popular rulers of all time in the country, unfortunately his resting place could not gain that much of attention, although a true travel enthusiast will learn its importance. One can engross himself in the perfect juxtaposition of Christian, Islamic, Hindu, Buddhist and Jain themed structure. Akbar ordered its construction while he was still alive and where he now lays in peace.

It is a much sort after heritage tourism destination in India that showcases interests of Akbar in art, culture, literature and philosophy. This tomb can be a great place to take your kids to, so that may acknowledge the rich history of the country. The most prominent feature of the place is its gateway with four minarets carved intricately. Art lovers can take immense delight in the artwork on the portico in front of the grave, which is covered with splendid stucco paintings. Besides being a great centre for learning, Sikandra is ideal for family picnics and outings. Tickets are available at as cheap as Rs 10 for an adult Indian and Rs 100 for other international visitors.

Mir Ghiyas Beg, father of Nurjahan rests in peace at this exquisite marble tomb called Itmad-ud Daulah. Adding a feather in the cap of Agra city, this mausoleum is another unveiled heritage site. It does not only appeal the eyes of the onlookers but its glory is established in the pages of history as a first white-marbled tomb. Spectators can expect a plush structure that overlooks the Yamuna River and narrates story of a loving daughter and a genius of the court of Shahjahan. The scenic setting of the tomb is a prominent feature and adds additional grace to the structure. The garden surrounding the mausoleum is often treated as a picnic spot for families. It is in fact the best place to visit with family, especially with the kids to teach them the deep-rooted history of India.

Assumed as one of the finest examples of Mughal architecture, Fatehpur Sikri crowns the city of Agra. The new found capital created by Mughal Emperor Akbar is one site that profoundly describes the character of Akbar. Named after sacred saint Shaikh Salim Chishti, this complex opens new avenues of learning the history of Mughal Empire.

The architecture on the outside looks just like any other fort or palace of ancient India, however the moment you enter it, a whole new aura starts to build up around it. From its exclusive mixture of Islamic and Indian architecture to each pillar and wall that has the traces of royalty astounds one completely. The complex has structures like Diwan-i-Khas (Private Hall), Diwan-e- Aam (Public Room), a mosque that is considered to be inspired by mosque in Mecca, Buland Darwaza, Panch Mahal, which are strongly recommended as a must see. On the other hand the tomb of Salim Chishti needs no introduction, for ages it has been a famous pilgrimage for people from all over the world. Pursue the travel enthusiast inside you and visit this exemplary site. A ticket for domestic traveler is Rs 10 and for international traveler it has been fixed at Rs.110.

Other than these extravagant sites, one can also pay visits to places like Dayal Bagh, which is significant especially for the Radha Swami followers. Chausat khambha, Chini ka Rauza, Mariam’s Tomb and Chhatri of Raja Jaswant Singh are other significant places in the city.