Top Places for a Delightful Cultural Trip in India 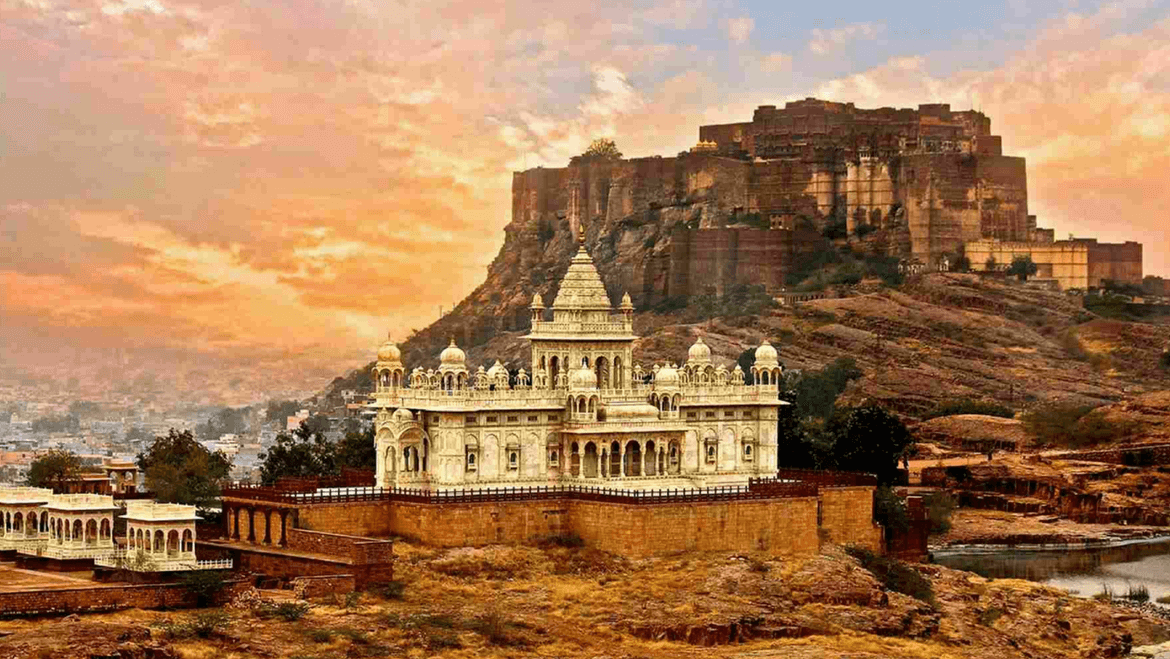 “Relish India’s cultural heritage and make yourself enlighten with its distinct and vibrant side. India’s best cultural destinations are waiting for you to unfold the mystery they hold. So, come, discover and enjoy!”

India is a nation that bestows the colours of a never-fading civilization; an ideology that rules the thought process of great scholars; and a culture that still pave the way of ‘moksh’ for millions. Step into its history chapters and you will feel the grandeur attached with the name ‘Bharat’. It is its cultural aura that conveys the diversity and the richness of the place. Listen this echo in the numerous UNESCO World Heritage Sites, ancient ruins, forts, palaces, monuments, castles, temples, tombs and caves. It is not possible to capture the vastness of India’s culture in the fixed frame of words. So, speaking shortly, it is a vibrant melting pot of cultures and to feel its richness one has to explore the lively cultural destinations in India.

Jaipur- An Architectural Marvel to Adore

Though many among us visit Jaipur several times and on every expedition we just glare its monuments and leave them behind in their own world. But this time do something different. Take some time out from your busy schedule and adore these architectural marvels that make Jaipur one of the most precious cultural places in India. There are other things too to keep you engage in the exploration of its culture like puppet shows, live folk dance performances and of course shopping and dining.

Experience the Magic of Golden Triangle Circuit in India

An outstanding beauty, Udaipur is really a delight for eyes to discover. Sparkling lakes, larger-than-life palaces, magnificent Aravali hills in the backdrop, and impeccable hospitality, will not only win your hearts but also your expectations. It is no need to imagine what makes Udaipur an internationally acclaimed destination with huge number of foreign celebrities heading towards it. A journey to Udaipur will take you back in the days of Rajputana Era where every event is a grand affair to celebrate.

When we talk about best places for cultural holidays in India, it is hard to leave the ‘Golden City’ Jaisalmer from tour plan. The dramatic look of this yellow fortress grows with sun’s glow. And its centre location in Thar Desert only enhances this romance. Visit Jaisalmer during Desert Festival, a 3-day annual event, and enjoy magnificent Kalbelia dance performances and other folk musical shows.

Jodhpur- A Spell of Magic

Culture is not only about the religious sights and monuments rather it includes art, music, dance, cuisine, and fairs and festivals too. And this cultural versatility applies to Jodhpur very well. In this shiny place, there are multiple sights depicting the culture of Marwar. Enjoy live desert folk songs, music and dance performances. But keep some time spare from your schedule to enjoy shopping and trying mouthwatering local flavors like ker sangri sabzi, makhaniya lassi, mawa ki kachori, dal bati churma and of course sweeeeeeeeeets!

Pushkar- A Niche towards Divinity

Speaking simply, Pushkar is not appealing in terms of natural sights but there is something unique, something cultural yet spiritual attached with this holy place that did not let other unlit its position from being one of the favorite cultural attractions in India. Pushkar is mainly famous for the sacred Brahma Temple and Camel Fair but there are many more things to keep you active whole the day long such as Man Mahal, Varaha Temple, camel safaris and folk dance shows.

Gangtok- An Abode of Cultural Wealth

No tour of cultural tourism in India can be completed without heading to Gangtok. At the first moment, it is obvious that Gangtok will look like any other thriving city but in beneath of its modern face lays the presence and influence of Buddhist monasteries, religious institutes, Tibetan centers, and stupas. The deep you go, the more you cherish an inimitable ambience reflecting a fusion of modernity and traditional customs. But, unless you try some popular local dishes, your Gangtok trip will surely miss something wonderful.

Varanasi- The Shades of Spirituality

Holding the position as one of the most sacred pilgrim centre for Hindus, you will never find Varanasi losing its charm and allure. The place has in it a different world of its own. The worshipping chants and the rhythm of temple bells synchronize perfectly with the gentle ripples of holy Ganga, creating a spiritual ‘VIBGYOR’. Don’t miss the market area and lip-smacking local dishes, especially peeping hot ‘jalebi’.

Alleppey- Fusion of Nature and Culture

When we talk about India’s cultural tour, Alleppey comes as a refreshing surprise for many of us. Its natural beauty is a talk of town but the culture is unheard and untouched. In between the world of its overlapping canals and backwaters lies its heritage treasure in the forms of ancient temples and their influencing and prevailing customs and traditions. Whether it is boat races or festivals or traditional science of healing, Alleppey gives a reason to get close to the nature.

Drive about 60 km from Chennai towards south direction and you will reach Mahabalipuram. It is the place that makes you observe the cultural diversity of North and South India. From traditions to architecture and from cuisine to art of living, each form presents a distinct Dravidian style from what you spot till now. Mahabalipuram, a UNESCO World Heritage Site, is home of rock-cut structures reflecting the architectural antiquity of Pallavas Dynasty.

Madurai- A Cultural Saga to Mesmerize

It is quite obvious that with the name Madurai, a picture of Meenakshi Temple pop up in your mind. Such is the charisma of this larger-than-life temple. But it is not the end, it is the beginning of cultural shades in South India. Madurai is one of the oldest cities in India and its cultural legacy reflects well in its festive celebrations, marriage rituals, heritage holders, and of course its architecturally adore temples.

Khajuraho- Many Hues of Love

How can a cultural tour of India is worthy without including and exploring any Buddhist sight? Here we go! Ajanta Caves, located in Aurangabad, greets you to a world of enlightenment. It is a UNESCO World Heritage Site. Look over its inscribed art and it takes no time to realize why the cave is renowned as one of the finest surviving paradigms of painting art in India. One can also explore Ellora Caves, situated about 100 km away from Ajanta, and can enrich their knowledge about Indian cave temple art.

Star Attractions: Buddhist cravings and nearby Ellora Caves, which consists Jain and Hindu temples along with Buddhist art.

Will come back for some more tour updates and some new stories to say!