Dedicated to Lord Ayyappa, the Sabarimala Temple is not only one of the famous religious tourist destinations in India but also the most visited temples of India. It is the second largest shrine located in the 18 hills of Western Ghat ranges of Pathanamthitta District. The temple is dedicated to Lord Ayyappa who is said to be born from the union of Lord shiva and Lord Vishnu’s female avatar Mohini. He is also known as Hariharputra. It is one of the most popular pilgrimage destinations to visit in South India. With having historical significance, the temple is sure to excite you with some of its lesser-known facts. For instance, were you aware, the Dakshina that is offered to the priests of the temple is in crores of rupees? and the quality of the prasad is checked by Central Food of Technical Research Institute. Well, there are more such interesting facts that have been mentioned in the blog below. So, let us quickly take a look at some of the interesting facts about Sabarimala Temple that you probably didn’t know.

1. The practice of celibacy by the devotees has been in place for 1500 years 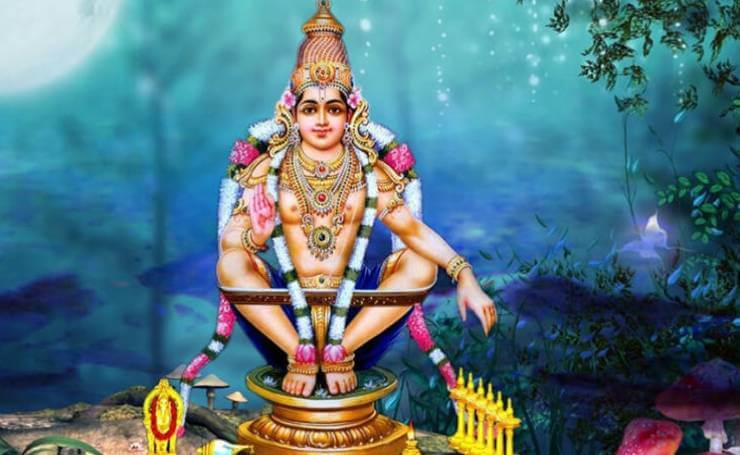 The deity of this ancient Hindu Temple in Kerala is Lord Ayyappa, a Brahmachari who practiced celibacy. The history of Sabarimala temple reveals that the male devotees are opposed to the idea of letting the women belonging to menstrual age group between 10 and 50 years to enter inside the temple. This rule is being followed in the temple for past 1500 years.

The devotees who are planning for Sabarimala Temple Tour enter must follow some rules. While entering the holy shrine devotees are supposed to follow a specific color code which should be either black or blue. Also, they are even seen smearing Vibhuti (ash of the incense sticks) or Sandalwood paste on their forehead while performing the pilgrimage.

3. The temple is situated where Lord Ayyappa killed the demoness Mahishi 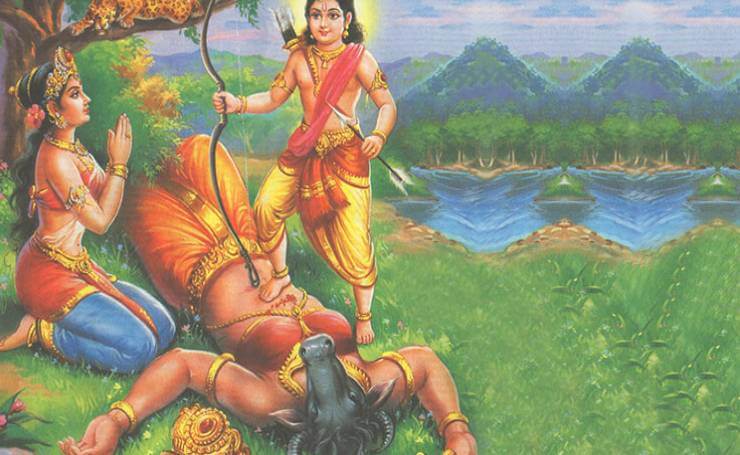 You might not be aware of the fact, but the Sabarimala Temple holds mythological importance. The temple is related to the history of Lord Ayyappa and is believed to be constructed on the land where he killed Mahishi who was a buffalo-faced demoness, the sister of demon Mahishasura. 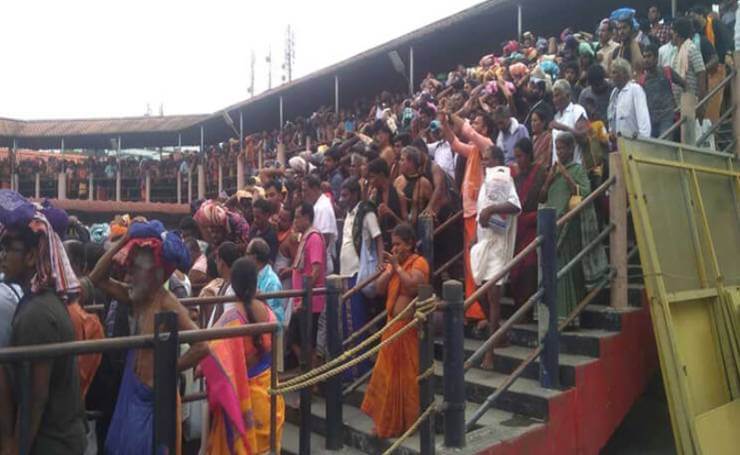 Even if you have visited the temple, you might not have noticed that the temple is surrounded by 18 hills. The number of stairs you need to climb for reaching the Sabarimala Temple is also 18.

5. There is a mosque in the vicinity of the temple 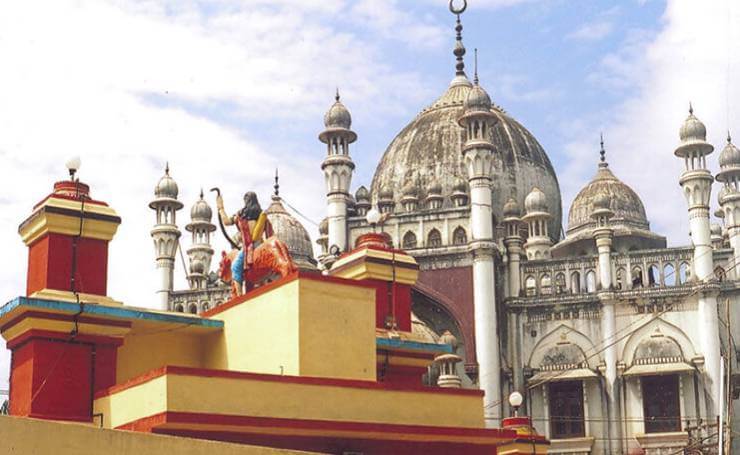 Having a strong connection to Vavar, who was a Muslim saint, this popular South Indian temple has a mosque named after him. However, the exact history of the relation between Sabarimala Temple and Vavar is still unknown.

6. The temple got its name from the epic Ramayana 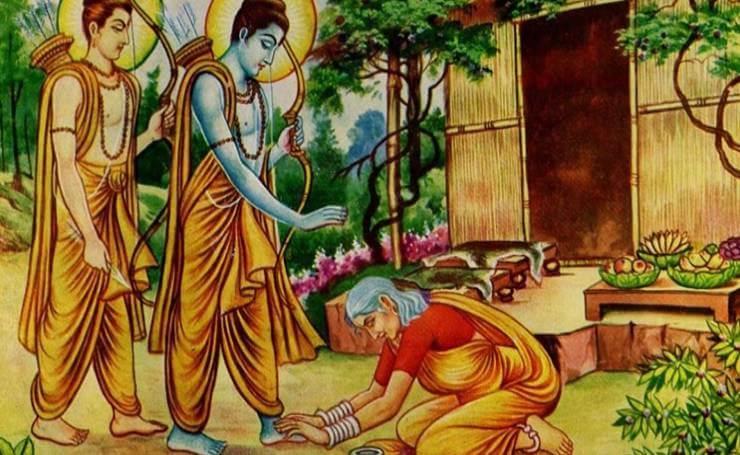 7. Devotees need to follow a strict fasting ritual before entering the temple 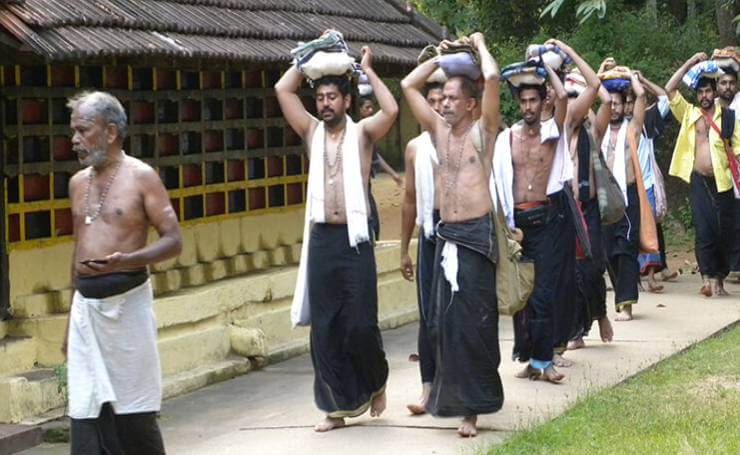 All the devotees who are to visit the famous Hindu shrine of Lord Ayyappa are expected to follow a strict 41-day fasting prior to the pilgrimage. This fasting ritual is known as Vratham.

8. Devotees have to follow certain rules while undertaking the Sabarimala Temple tour 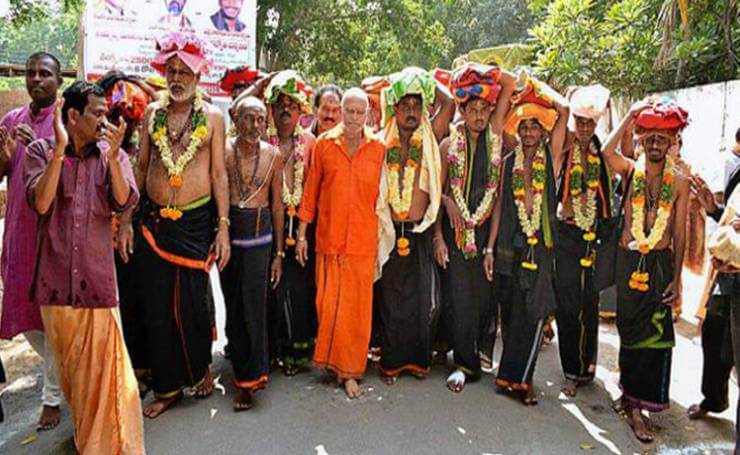 Devotees coming to this religious tourism attraction in Kerala has to follow some of the rule. They are forbidden to consume alcohol, tobacco, non-vegetarian food, use foul language, and they have to trim nails and hair or shave their heads. Also, each pilgrim has to take bath twice a day during this period. 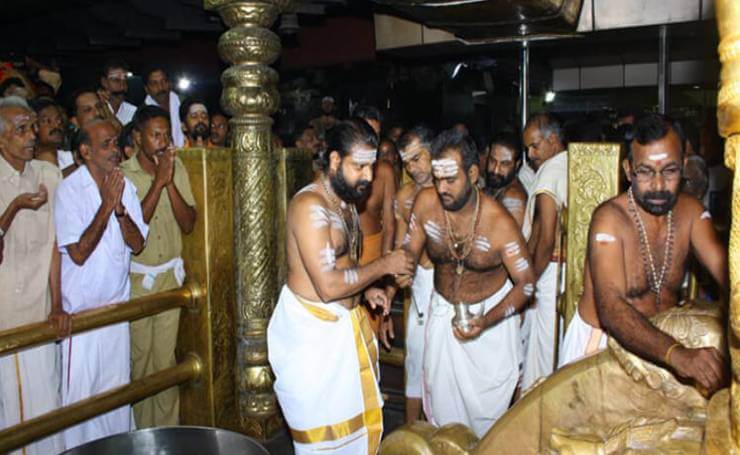 An important ritual needs to be followed by the pilgrims known as Neyyabhishekam which involves pouring of sacred ghee on the idol of Lord Ayyappa. The ritual is symbolic of merging of the soul with the divine. The devotees carry the ghee in handwoven cotton bags which is called Pallikettu or Irumudi. Visiting Sabarimala Temple once in a life time would be a one of a kind experiences for the devotees.

10. Sabarimala Priests get more than a Crore of Rupees as Dakshina 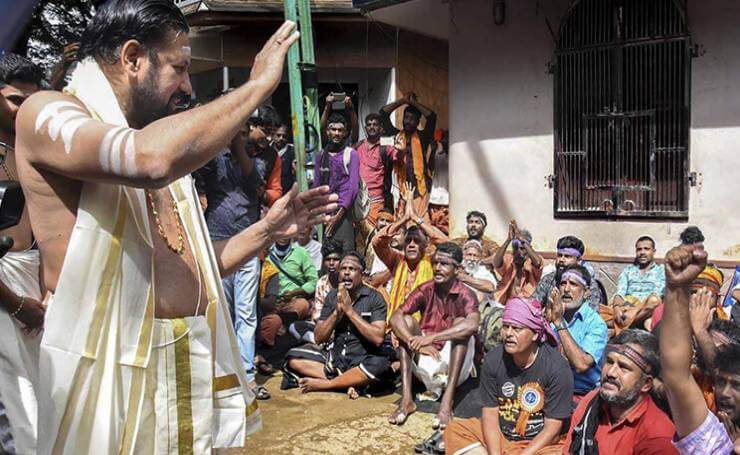 Sabarimala Temple is one of the richest temples in India as well. Yet another lesser-known fact about Lord Ayyappa Temple is that an estimated income of “mel shaanthis” in the temple is around Rs. 52,00,000. The amount got is calculated in the Dakshina of just the period of 56 days that is offered to these mel shanthis.

The prasadam that is served inside the temple also represents a local delicacy that people of Kerala enjoy. Once the ritual of offering prasadam in front of Lord Ayyappa is over, the rest of the food is distributed to the food courts and local vendors in Kerala.

12. The prominent Hindu temple is the largest pilgrimage in the world 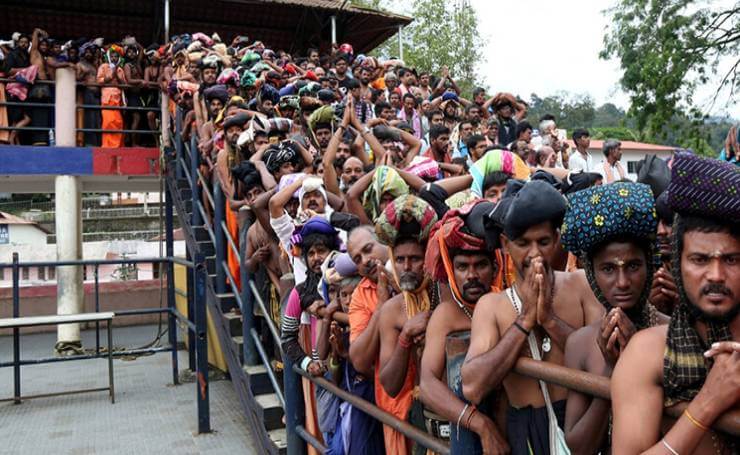 13. The temple opens during rare days of Makara Jyothi

The literal meaning of Makara Jyothi is a star which is worshipped by people following Hinduism and are devotees of the Sabarimala temple. Also, it is believed by the devotees that Lord Ayyappa himself blesses them in the form of a star. It is those rare days other than the ordinary days when temple complex is open between November 15 and December 26 and April 14. Tourist can even make a visit during the first five days of the Malayalam calendar.

These were some of the fascinating facts that are related to Ayyappa Temple, one of the popular pilgrimage destinations in Kerala. The temple is definitely worth a visit as it brings the devotees closer to God. If you are seeking peace and blessing of Lord Ayyappa then head to Kerala where you can witness the power of faith.

For more information, related to Kerala holiday packages you can talk to our experts at Tour My India as we are just a call away. You can call us at +91-8744012050/87 or drop an email at info@tourmyindia.com. We make holidaying in India your best and most memorable experience.

Why is Sabarimala temple in Kerala famous?

Sabarimala Temple is one of the most popular pilgrimage tourist destinations dedicated to Lord Ayyappa. It is one of the five Shasta temples founded by Lord Parasuram who is an incarnation of Lord Vishnu. It is the second largest shrine in the world after the Pilgrimage of Mecca in Saudi Arabia.

How to reach Sabarimala temple?

Where is Sabarimala temple is located?

Sabarimala Temple is located in the 18 hills of Western Ghat ranges of Pathanamthitta District.

What are the arti/puja timings at Sabarimala temple?

When does annual pilgrimage begins at Sabarimala?

The two month long annual pilgrimage of Sabarimala begins from November and ends in December.