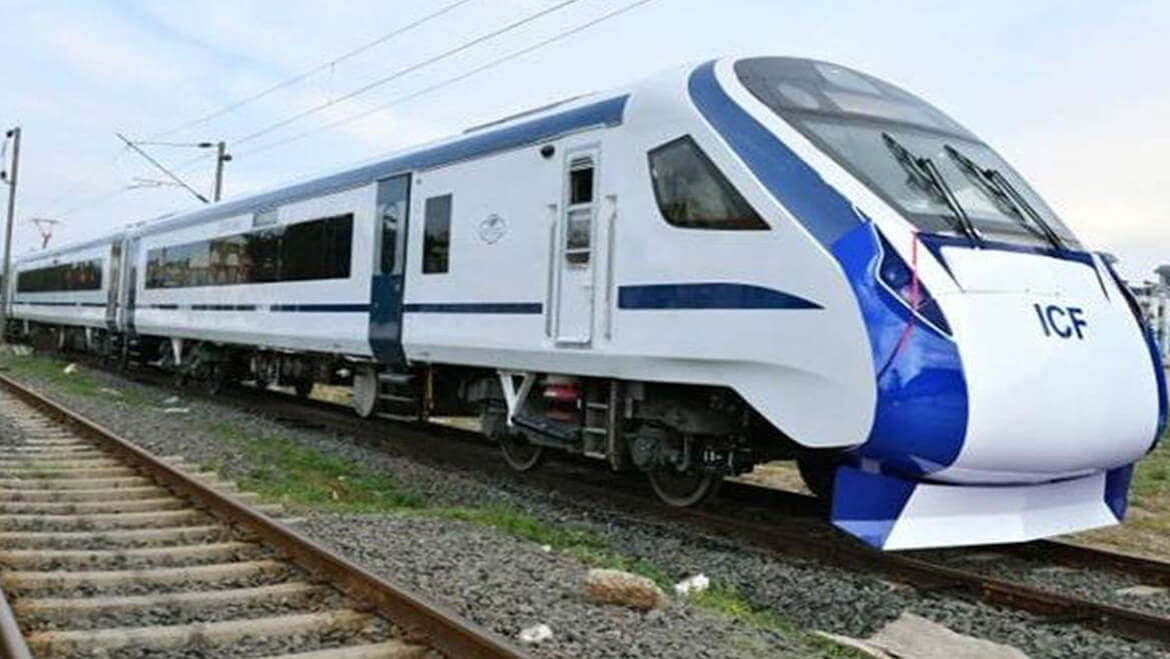 Train 18, popularly known as Vande Bharat Express Train, had caused quite a stir when it was first launched in January, 2019 by the Indian Railway. The train, which runs between Delhi and Varanasi at a maximum speed of 190 km per hour, is the fastest train in India. What makes Vande Bharat Express special is the fact that it is completely built in India by Indian engineers. Now, the second Vande Bharat Express will run from Delhi to Katra, a town in Jammu famous for being home to the Mata Vaishno Devi shrine. The launching of the train is another significant step forward in the future of railway travel in India. Because it is built completely in India, it has infused fresh energy and enthusiasm into PM Modi’s “Make In India” Initiative. In this blog, we tell you all that you need to know about the train, some interesting facts about the train, booking process, features, routes and why it was launched.

A Brief Intro to the Vande Express Train 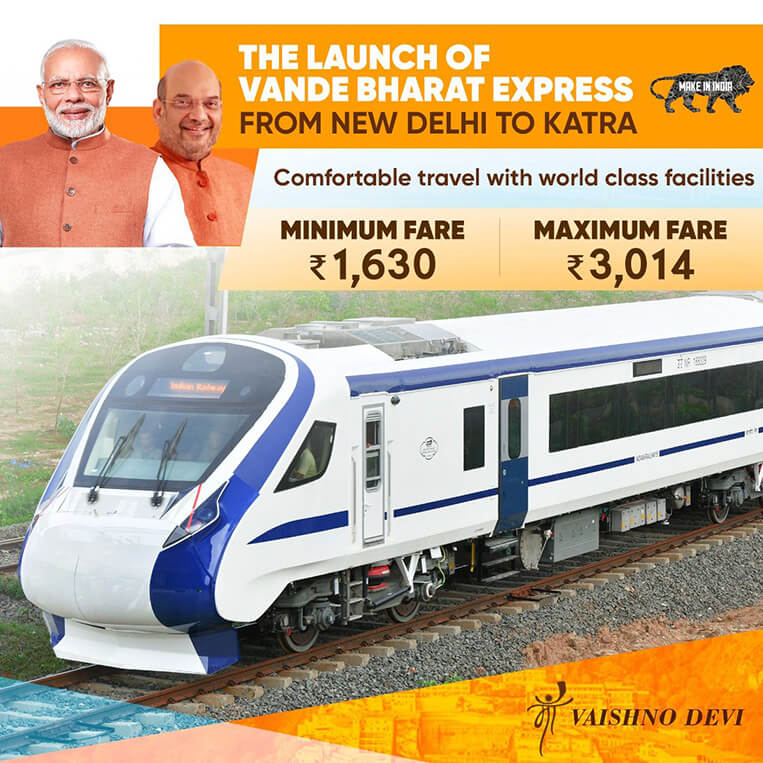 The Vande Bharat Express, launched by the Indian Railway, which runs from Delhi to Katra, is the fastest train in India. This is a major step forward in spreading the network of high speed trains in India. The train, which will run at a maximum speed of 130 km per hour, will bring down the travel time between the two destinations by almost 40%. A journey of almost 12 hours will now be completed in just 8 hours. It will run on all days of the week except Tuesdays, and stop at three destinations during its entire journey: Ambala, Ludhiana and Jammu Tawi. 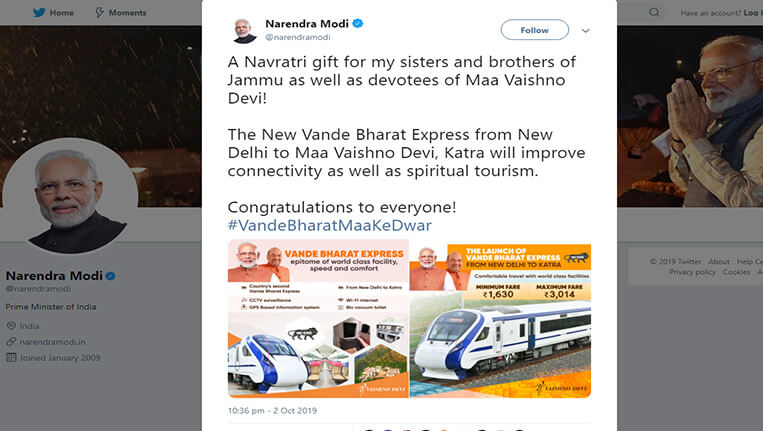 On the occasion of the launching of the train, PM Modi tweeted that it was a Navratri gift for the people of Jammu as well as the devotees of Maa Vaishno Devi. It would enhance connectivity between the two destinations and improve spiritual tourism. The Vande Bharat Express train will begin its commercial run from 5th October, according to a tweet by Piyush Goyal, India’s Railway Minister. 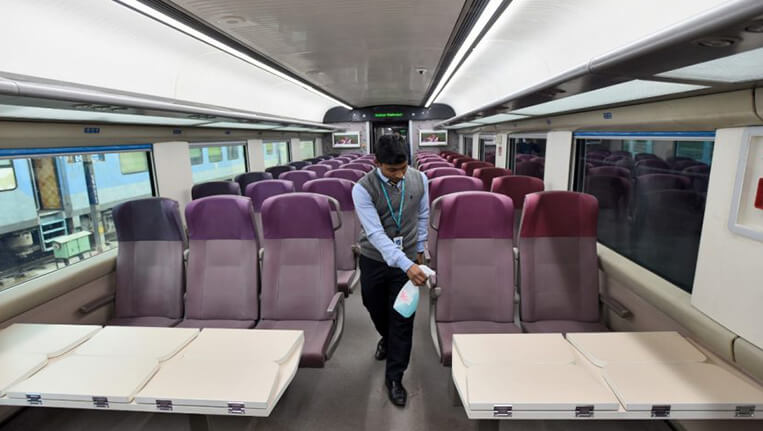 Apart from being India’s fastest train, the Delhi-Katra Vande Bharat Express boasts several luxury features. Besides adjustable seats, there are improved wash basins, automatic doors, Wi-Fi and infotainment system. It is a luxury all air conditioned chair car service consisting of 16 coaches with a self propelled train set, which allows it to accelerate and decelerate at a faster speed.

Compared to the earlier Vande Bharat Express, this one has a bigger pantry. The windows are provided with a special film that will defend them against stone pelters. The front of the train is equipped with an aluminium-clad nose cover to avoid any damage or derailment in case of its collision with stray cattle. Other noteworthy features of the train are: 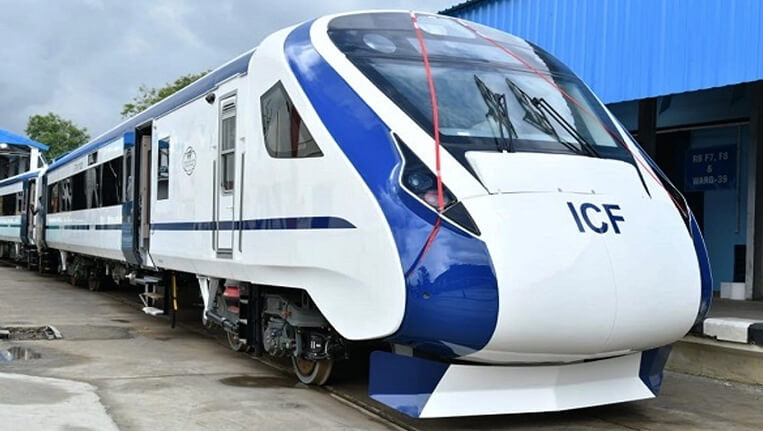 The Vande Bharat Express train will run from Delhi to Katra, as has already been mentioned above. The Vande Bharat Express train route will consist of three stops in all. These are at Ambala, Ludhiana and Jammu Tawi. Train number 22439 will depart from New Delhi Railway Station at 6 AM and reach Katra at 2 PM. On its return journey, train number 22440 will depart from Katra at 3PM and arrive in New Delhi at 11 PM. The train, both for its speed and comfort, is great for those pilgrims travelling to the Vaishno Devi shrine. Certainly, this train heralds a new era of world class travel in Indian Railways. 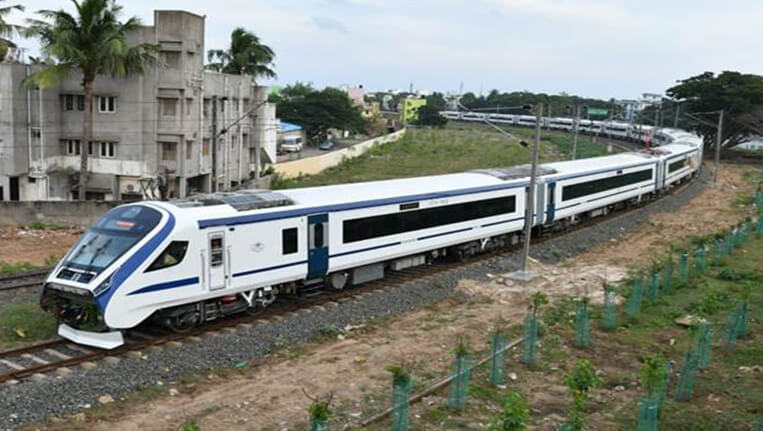 A Glimpse of Jammu, The Abode of Mata Vaishno Devi

Why was the Vande Bharat Delhi to Katra launched? 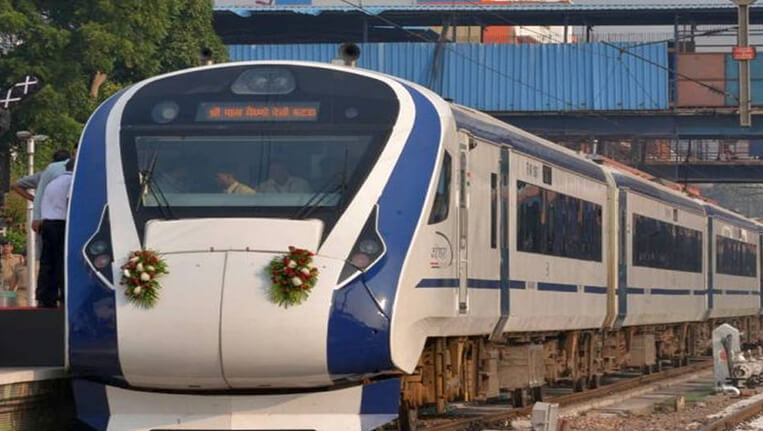 The launching of the Vande Bharat Express Train will promote tourism in India in general, and Jammu Kashmir tourism in particular, in a big way. As appealing as its interiors are, its blue and white colour scheme is aesthetically pleasing. The railway ministry also plans to launch 40 more Vande Bharat Express Trains by 2020. Most of all, this train is a gift to Vaishno Devi pilgrims to Katra as they can enjoy a comfortable journey and reach their destination in a very short period of time.

How to book a ticket on Vande Bharat Express Train?

The train booking for Vande Bharat Express can be done on the IRCTC website from 5th October onwards.

The launching of the Vande Bharat Express Train is a major achievement for the Indian Railways, as it gives a major boost to the Make in India initiative and is a big step towards the future of railway travel in India. It will also lead to a major expansion of the Indian Railways Network. If you are one of those wanting to experience a luxury travel to Vaishno Devi shrine, which is located in the town of Katra in Jammu & Kashmir, book your ticket and enjoy your journey.