Reckoned to be the one of the oldest Tiger Reserves in Asia, Corbett that is spread between Nainital and Pauri districts of Uttarakhand Himalayas, is indeed a wildlife tourism destination you must have heard the name of at least once in your lifetime. Apparently, it is one of the most visited reserves in the country as it is popular for housing the greatest number of wild tigers in India and is amongst the best-maintained wildlife vacation sites.

The charm and opulence of this best tourism attraction has not only drawn wildlife enthusiasts to the park but has also impressed celebrities like Raveena Tandon, and Miss World 2017, Manushi Chhillar who enjoyed a holiday here with their families.

The spectacular landscape of Corbett did not fail to compel Bollywood movie makers to choose it as a film location for movies like Kaal that featured B-town stars like Ajay Devgan and John Abraham. Therefore, it is evident that this place has something about it which you can only experience once you plan your trip here.

Although planning for holidays in Corbett is no rocket science but we thought to make it a less of a hassle for you to look for information on it at different websites.

So, put your reading glasses on, keep your notepad and pen ready or simply bookmark this blog for further reference when you plan your jungle safari trip because we are going to be your travel guide Jim Corbett National Park, answering every possible query as to why to visit and how to plan a wildlife holiday to this popular national park for that Incredible India experience.

Before we begin with the essentials of planning a Corbett holiday, let’s take a look at its highlights:

Activities to Do in Jim Corbett

Now that we have brushed up our facts let us head towards planning that best trip to Jim Corbett National Park in 5 simple steps: 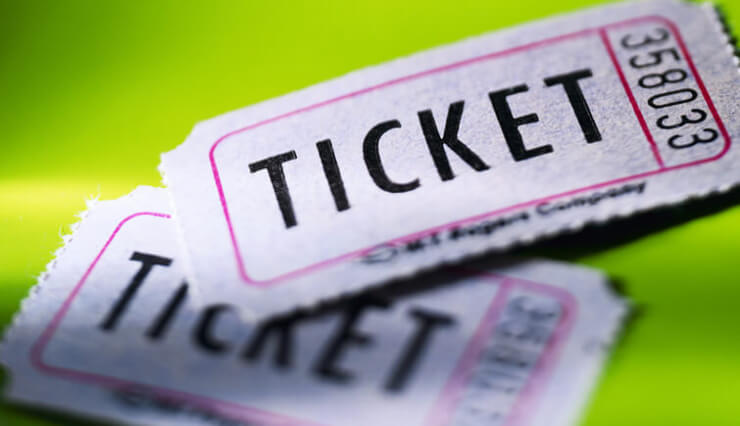 Reaching Corbett Tiger Reserve is easy. This destination which is one of the best places to see wildlife in Asia, is situated at a short distance from Ramnagar in Uttarakhand, which by the way is well-connected by road to major places in the state as well as from Delhi and a few other major cities in the neighbouring states. The details of how to reach Corbett National Park are mentioned below –

By Rail: The nearest railway station to Corbett National Park is in Ramnagar, which is only 10-12 km from the reserve. There are two trains from Delhi for Ramnagar i.e., Ranikhet Express and Uttar Sampark Kranti Express. There is another railway station at a distance of about 3 hours away from Ramnagar, Kathgodam. This railway station enjoys better connectivity with several major cities in India than the one in Ramnagar.

By Road: Corbett is well-connected by road, especially with Delhi, Nainital, Lucknow, Moradabad, and Bareilly. There are direct buses from Anand Vihar ISBT between Delhi and Corbett. For people travelling from Lucknow, Agra-Lucknow Expressway is the quickest way to reach the wildlife destination, whereas people travelling from or via Bareilly can take NH530. Those arriving from Moradabad area can drive on NH309 and Moradabad-Kashipur Road to get to Corbett National Park. Those travelling from Nainital, Almora, Haldwani, Ranikhet, and Kausani can also choose state-run buses which might be directly connected to Ramnagar. From the bus stand, any three-wheeler vehicle can drop you to Corbett National Park. 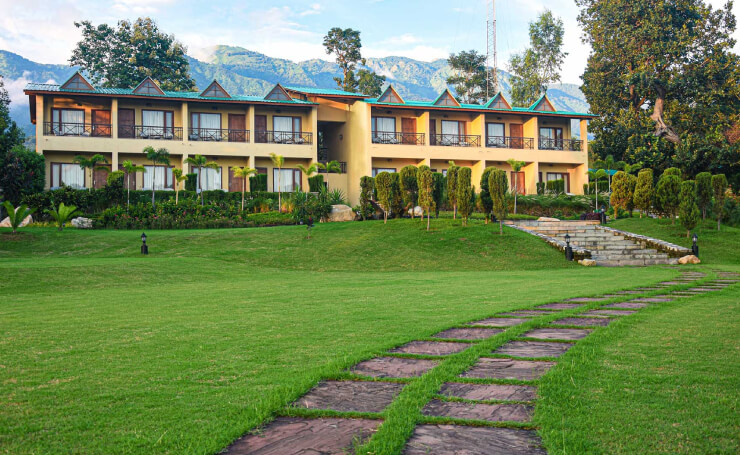 A multitude of hotels around Corbett National Park determines the popularity of this wildlife reserve in India. Yes, in Corbett nothing can stop you from availing a hotel of your choice. The accommodation options in Corbett range from budget hotels to mid-range to luxury resorts, thus, whatever your budget be, there will be a hotel and resort for you to offer a warm welcome.

Oh, there are jungle camps available in Corbett as well that too come in the varied categories. Also, do you know that you have the opportunity to live on the premises of Corbett National Park in the Forest Rest Houses of varied zones? However, do remember that these stays have to be booked in advance and their availability is completely the discretion of the Forest Department.

The Forest Rest Houses in Dhikala Zone are reckoned the best for a stay in Corbett. There are some best family hotels in Corbett that are indeed kids friendly. Apart from this, there are Forest Lodges in Bijrani and Jhirna Zones as well. 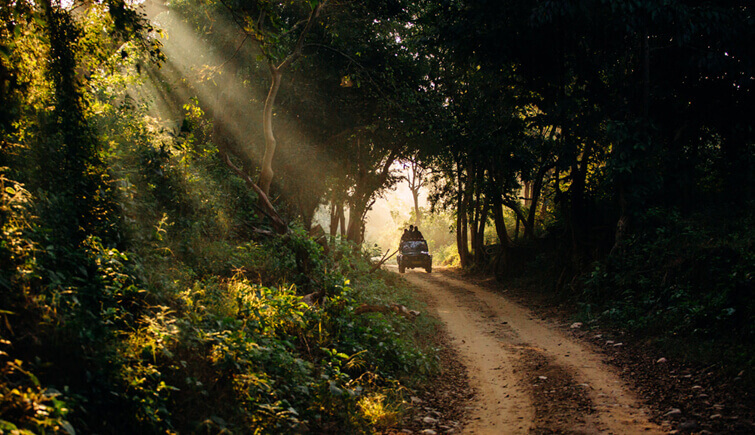 Ideally, there are three types of wildlife safaris in Corbett National Park i.e., Jeep, Canter, and Elephant but since Tour My India strongly opposes Elephant Safaris as we categorize it under animal cruelty, we will only be discussing Jeep and Canter Safari in this blog.

There are 5 major safari zones in Corbett National Park, and one outside the boundary of the reserve (scroll up to know their names). Amongst these zones, Dhikala and Bijrani are considered the best for watching tigers in the jungle. However, Dhikala remains popular amongst the tourists.

It is to be noted that Jhirna is the only zone that remains open throughout the year, while the others are closed in the monsoon season between mid-June and September end.

The zone of Sitabani, which is a separate sanctuary but is so near to the Corbett National Park that it makes an integral part of Uttarakhand tourism. Sitabani is primarily known for its beautiful landscape that might interest the nature lovers. The best tourism season in Corbett is between October and June.

Note: Permit is required for the safari in Corbett National. There are two types of permit, one, a day permit that can be acquired at the entrance of this wildlife reserve, and two, Forest Rest House permit that can be obtained by placing a request online/booking online.

Jeep safari is available in every zone in Corbett; however, canter safari can only be enjoyed in the Dhikala Zone of the park. Only two canters are allowed inside the Dhikala Zone at a time and 16 tourists can be accommodated in one vehicle.

On the other hand, jeeps can accommodate only 6 people. Also, one can determine their prime interest before selecting a jeep safari i.e birdwatching or tiger safari as the provisions will be made accordingly. A birdwatching tour in Corbett requires slow driving and a lot of patience.

The best time to visit Corbett National Park is during the early hours in the morning. This time of the day increases your chance to sight a variety of animal species including tigers, which are nocturnal.

.Evening safaris are not bad either, there are still good chances of spotting several animals. Each safari is for 3 hrs, offering the visitors a complete tour of the zone. Find the below-mentioned timing chart for both jeep and canter safari. 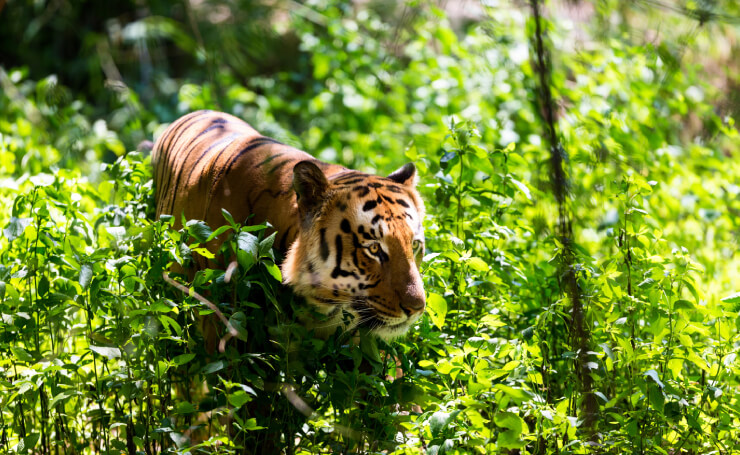 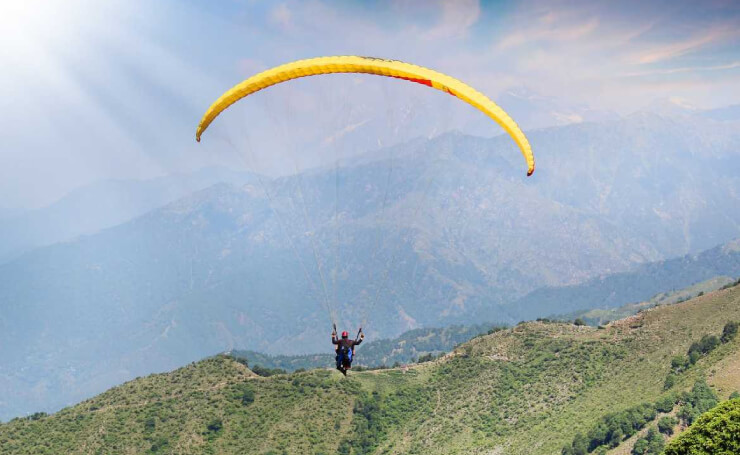 In order to fully enjoy your Corbett tour, you must add an activity or two apart from the safari in the park. Good thing is, Corbett offers a number of things to do for you to enjoy. For an example to the pretty Kosi River that runs through the boundary of the park is ideal for rafting (in a certain season) and adventure activities like Bridge slithering and River Crossing. The periphery of Corbett also allows visitors to enjoy adventure activities like rock climbing, mountain biking, rappelling.

For those wanting to enjoy some recreational activities, Corbett’s Upper Ramganga River is ideal for fishing and angling tour. Also, the park is strategically located and offers its visitors a chance to enjoy a memorable sightseeing tour to popular tourist attractions of Garjia Temple, Jim Corbett Museum, Corbett Falls and the nearby tourist destination of Nainital and its close by situated other travel places to see such as Bhimtal, Sattal, and Naukuchiatal. 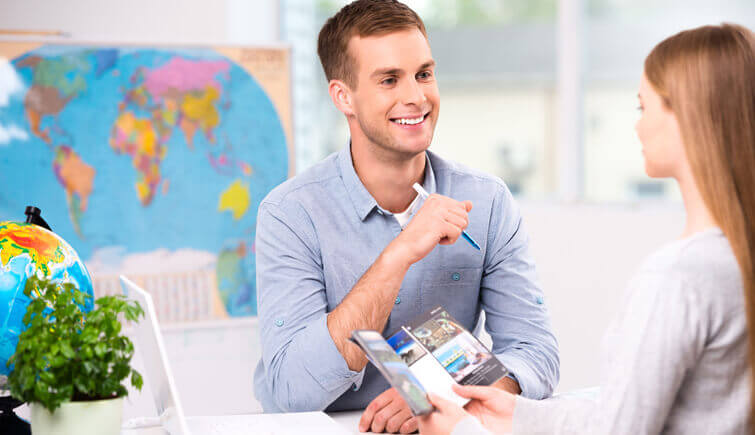 In case the above 4 steps look too much to handle as you are mostly occupied with your job, let a trusted travel company like Tour My India take care of your holiday plan. These companies have carefully crafted wildlife tour packages that allow you to have a vacation of your choice. And the best part is apart from making payments and reporting at the given time you don’t have to be responsible for anything at all. So, it is a good idea to choose a travel agent if you aim at enjoying a hassle-free trip to Corbett National Park.

Here you go, this is probably the easiest way to plan that perfect trip to Corbett National Park. Hope this article be of some help to you for your Corbett holiday. In case you have more queries or want to book one of our best Corbett tour packages, give us a call at +91-9212777223 or drop us an email at info@tourmyindia.com. We at Tour My India offer incredible wildlife travel packages that too in a budget of your choice.

Q.How to reach Manali from Delhi?

The best way to reach Manali from Delhi is by road. The distance between the two cities is 533.2 km. Various luxury and state buses operate from Delhi to provide easy accessibility to the travelers.

Q.What are the popular adventure activities to do in Jim Corbett Park?

Popular adventure activities to do in Corbett are:he distance between Manali and Delhi is around 534 km.

Q.What are the other attractions to visit in and around Corbett?