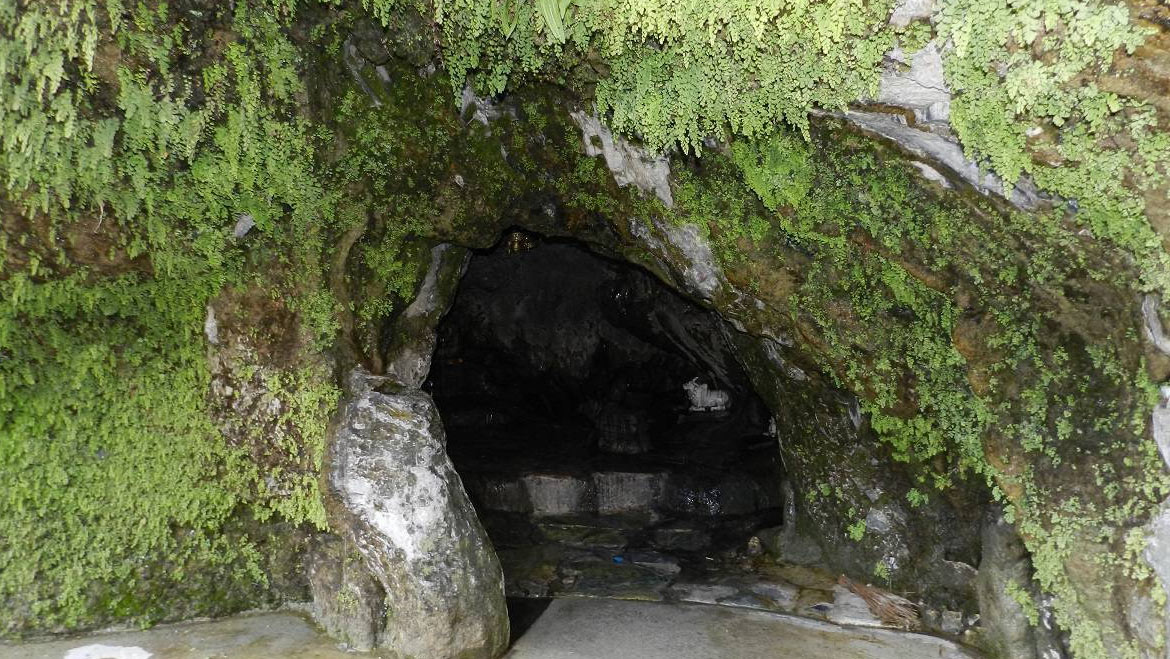 For a state like Uttarakhand that has a lot to offer when it comes to tourism, caves are yet another attraction. Tucked neatly in the hilly locations, these naturally formed caves are replete with interesting tales and information adding more to the rich history of Uttarakhand. Some of these caves are easily accessible while some has to be trekked but each one has its own charm and is worth taking a chance for. 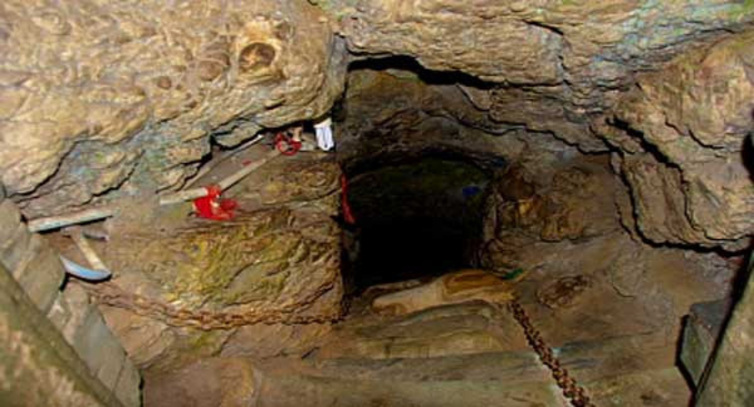 Probably the most popular cave in Uttarakhand, Patal Bhuvaneshwar is situated in the Pithoragarh District in Kumaon Region. Dubbed the abode of thousand of deities of Hindu pantheon, Patal Bhuvaneshwar has been an attraction for being a long and mysterious cave. A narrow tunnel leads one inside the cave and the centre then opens up into several small caves. The cave is 160 m long and 90 feet deep and has limestone rock formations i.e stalactite and stalagmite figures that reveal the story of Hindu Gods, Goddesses, saints and known mythological characters.

The motorable road ends half a kilometer away from the cave entrance. Patal Bhuvaneshwar is situated 13kms from Gangolihat, 75kms from Bageshwar and 90kms from Pithoragarh. The cave has to be reached by climbing down a flight of stairs (100 steps). 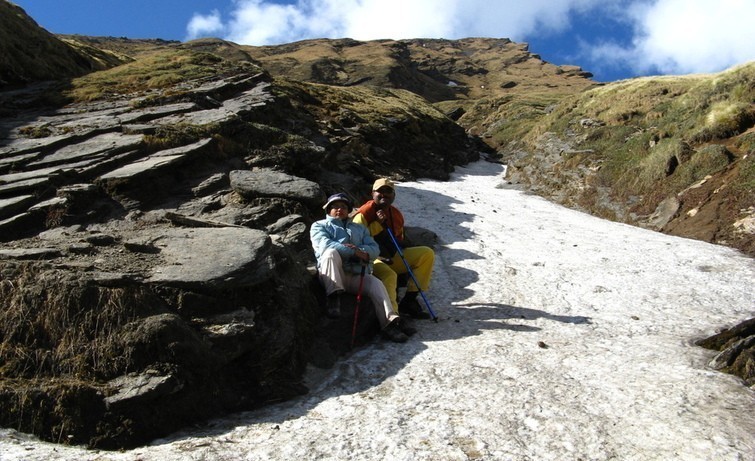 A large portion of the cave has been lost to thunderbolt tragedy. The legend has it that a few years ago group trekkers were making merry in the cave when the thunderbolt struck and everyone inside died. It is believed that hundreds of shepherds at a time used to take refuge in the nights in the cave but today it is merely a stopover on the way to Devikund Lake, Baluni Bugyal, Maiktoli Glacier and Kathaliya. From here there is another very difficult route to Jatuli via Nagkund and Kanakata Pass also diverges.

One has to trek to Sukhram Cave, is ideal to walk west from Pindari Glacier towards the Maiktoli Glacier and Devikund.

At an altitude 3650m, Khatling Cave is said to be an ideal base for trekkers heading to the famed Khatling Glacier. The cave is situated in the Tehri Garhwal District of Garhwal Region and is known for offering breathtaking views of the Khatling Glacier as the surrounding lofty snow-clad mountains. Khatling Cave is at a short distance of 4kms from Tamakund, a beautiful alpine lake.

Trekking is the way to reach Khatling Cave. One has to start from Ghuttu Village and via Reeh, Gangi, Kharsali and Bhedikharag one is able to reach the Cave. 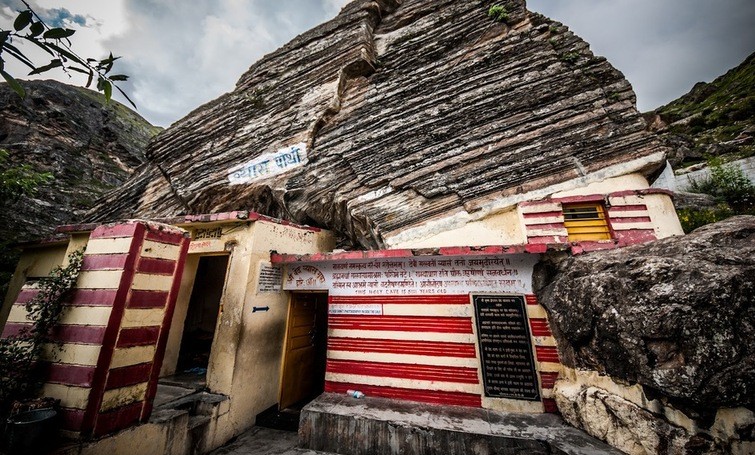 There are two caves with the name of Vyasa in Uttarakhand. One is the famous cave near Mana Village, where it is believed that Ved Vyasa wrote the epic of Mahabharata. Another Vyasa Cave that quite a few people know about is in Kalapani in Pithoragarh District of Kumaon Region. Situated at an altitude of 3600m, this cave is also named after Ved Vyasa as it is believed that he stayed here as well. The cave is situated amidst the Juniper and Pine forest and offers incredible views of the surrounding mountains. Kalapani Spring, Kali Temple, Gunji and Budhi are the attraction around the cave.

In order to reach Kalapani, one has to take the Kailash Mansarovar Trekking Route.

Also known as Guchhu Pani, Robber’s Cave is situated at a short distance from Dehradun. The Cave is about 600m long and is divided into two main parts. A stream of water goes underground from here and the reappears a few meters away. It also consists of an extremely narrow gorge formed in a limestone area on Doon Valley’s Dehra plateau. A beautiful and calm spot, ideal for a picnic, Robber’s Cave is a very popular tourist attraction near Dehradun.

One can take a local bus from Dehradun and get down at Anarwala Village, from where the cave is a kilometer’s trek away. 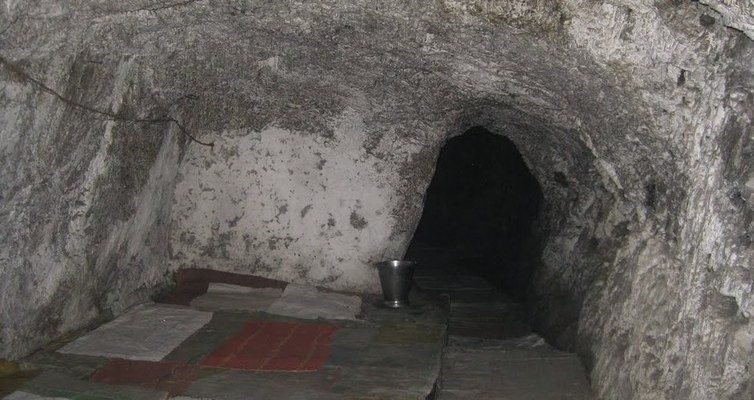 Said to be the place where Sage Vashisht meditated, Vashisht Cave is a short distance away from Rishikesh. It is located on the bank of River Ganga and is an ideal place to relax and enjoy the beauty of nature. The cave is now maintained by Swami Purushottam Society.

The cave is at a distance of 25kms from Rishikesh, one can hire a taxi or take the shared jeep to reach.

One of the most popular places to see around Pithoragarh, Rai Cave is known for its varied shape of limestone deposits. Inside the cave is also a temple that is dedicated to Lord Shiva.

Gauri Udiyar is a cave temple situated about 8kms away from Bageshwar. The cave temple is dedicated to Lord Shiva and has several big and small images of this Hindu God. The cave is highly revered by the locals and therefore it is quite a popular place to see near.

Bageshwar can be accessed from Kathgodam, which is the nearest railhead. Apart from it, buses to Bageshwar are available from Haldwani and Almora and few other major towns of Kumaon Region. 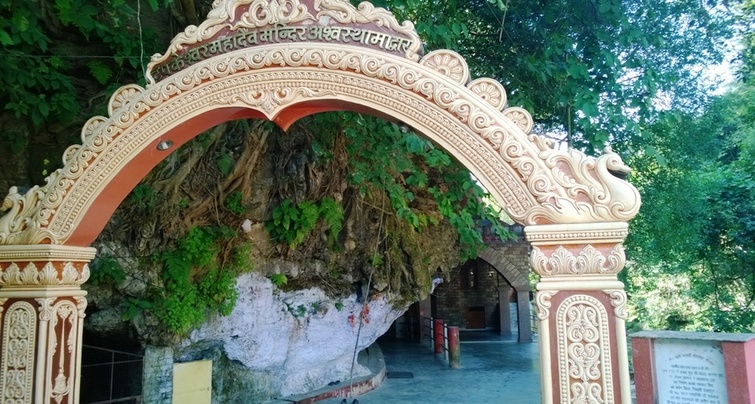 Sitting on the bank of seasonal River Asan near Dehradun, Tapkeshwar Mahadev is a popular cave temple in Uttarakhand. It is believed that the cave temple has one of the oldest Shiva Lingas; it is also said that Dronacharya, the famous sage once resided in this cave, thus it is called Drona Cave as well. Devotees and other tourists come here the magical disappearance of the water that drips on the Shiva linga and then vanishes underground. There is also a sulphur-water spring where pilgrims take bath before entering the temple.

Tapkeshwar is situated 6.5kms away from Dehradun. Therefore, one has to reach Dehradun first. Dehradun is well-connected to other major cities and towns in India by air, rail and road.

Some 50kms from Ranikhet is Dronagiri or Dunagiri, which is famous for its 1100 years old temple. A short distance from Dronagiri is Pandavkholi Cave, which is believed to be one of the places where Pandavas (from epic Mahabharata) stayed and meditated. A beautiful meadow is situated at some distance from Pandavkholi and it can be reached only by trekking. The Path Brahman Sangh has opened an ashram here, so one can enjoy a few sessions of meditation here.

One need to first reach Ranikhet or Dronagiri, which are accessible by road from Kathgodam, the nearest railhead.

Situated a short distance away from Srinagar in Garhwal Region, Gorakhnath is a highly revered cave for locals. It is believed that Guru Gorakhnath the legendary sage associated with the Hatha Yoga used to teach and train his disciples on the path of Hatha Yoga and renunciation here. The cave is situated just opposite the Shankar Math.

One has to first reach Srinagar, which is easily accessible by road from Rishikesh. 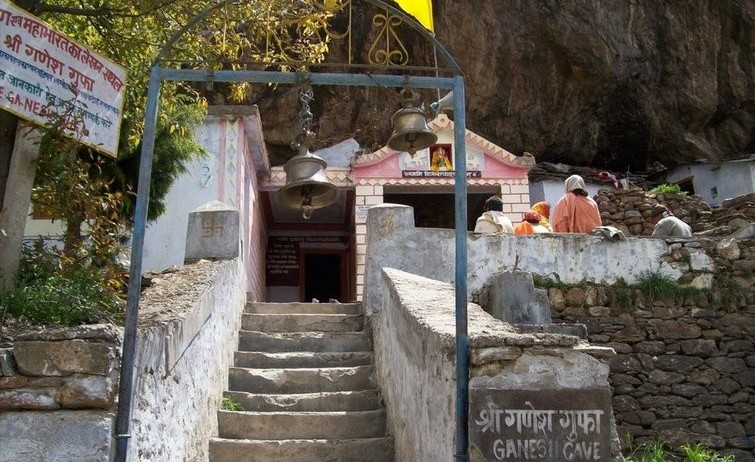 Situated in Mana Village, Ganesh Cave is believed to be the place where Lord Ganesha penned down Mahabharata dictated by Ved Vyas. The cave is quite close to the famous Vyasa Cave and from here one can also enjoy the landscaped vistas of the surroundings.

In order to reach Ganesh Cave, one has to take the Kailash Mansarovar Trekking Route.

Some 3kms north of Kedarnath is Brahman Gufa. This Cave of Brahman is an indication that one is closer to the sacred temple of Kedarnath, one of the Chota Chardham shrines. Brahman Cave is also close to Amrit Kund ‘Pool of Nectar’, which is situated behind the temple.

The cave is located on the Kedarnath Trek above Gaurikund. To reach Kedarnath, buses and taxis can be hired from Haridwar or Rishikesh. 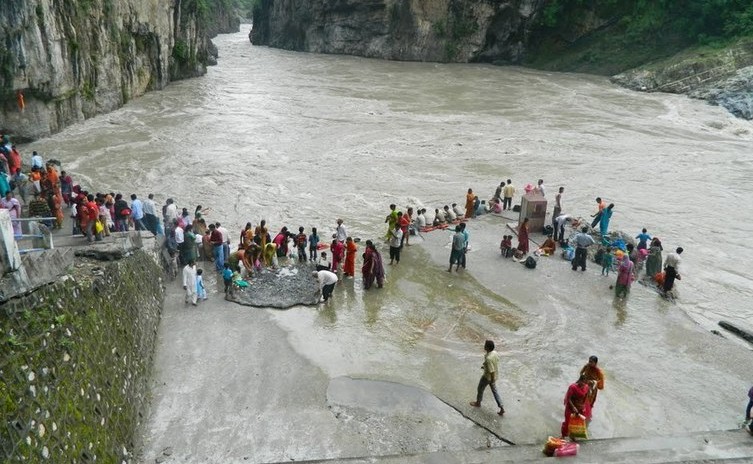 Located in Rudraprayag, Koteshwar Mahadev is a cave temple dedicated to Lord Shiva. The cave is at a short distance away from Alaknanda River and is said to be the place where Lord Shiva stayed and meditated after fleeing from demon Bhasmasur. After praying to Vishnu here, Shiva was able to kill the demon.

Apart from these, there are many other caves like Bheem Cave near Kedarnath, Ram Cave near Badrinath, Shankar Cave in Devprayag and Bharat Cave in Langashu are in Uttarakhand that are tucked in the remote locations and have very less information on. So along the famous ones, I recommend that you should explore one of these caves as well. If you know about more caves in Uttarakhand, please feel free to suggest them in the comment box below. And in case this blog has given you a new holiday idea, let Tour My India help you make the experience better. You can give us a call at +91-9212553106/07 or drop a mail at info@tourmyindia.com to inquire about our travel packages and deals.