9 Most Popular Krishna Temples in Gujarat 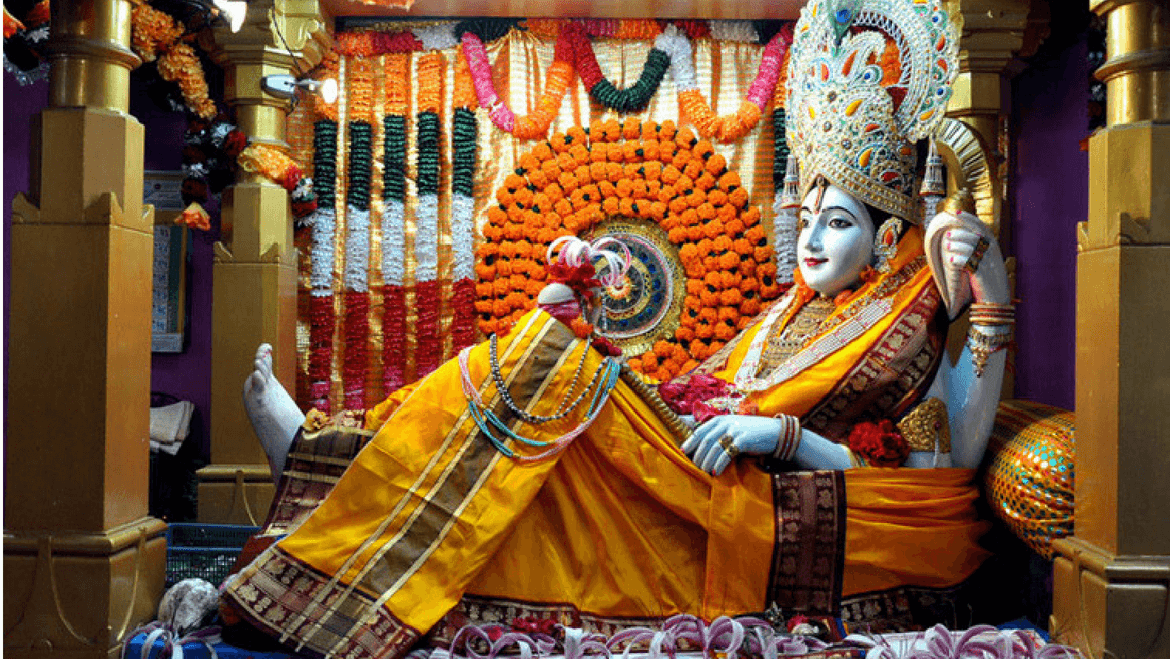 Krishna- the supreme lord, possesses an esteemed position in the religious realm of India as well as abroad. Different parts of India have given their Krishna a new name and have been worshipping his various forms since eternality. In Gujarat, Krishna is worshipped as Dwarkadheesh and has been considered as the king of the gateway to liberation. Also the temple of Dwarkadheesh is considered to be the mythological kingdom of Lord Krishna and highly esteemed by the devotees for being one of the most significant pillars of the Char Dham travel circuit. Due to the intimate association of the great Lord with this city, significant counts of temples have been constructed in different parts of Gujarat over the years. Let us talk about those temples and religious places of Gujarat which are particularly centred on Krishna and his chivalric deeds: 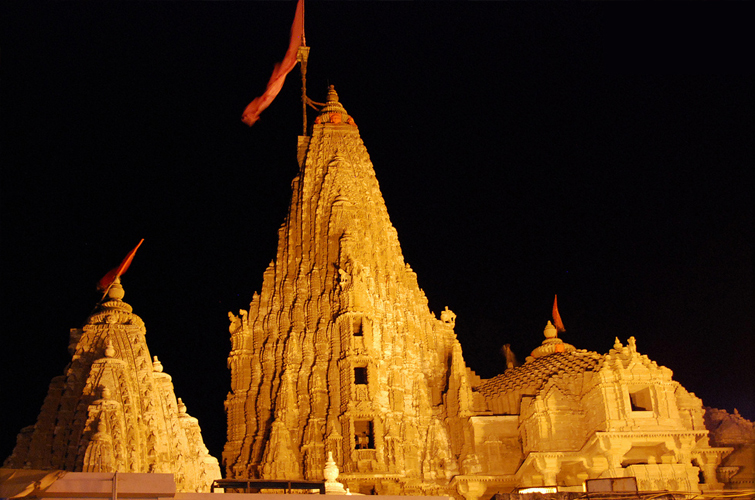 The mythological base and religious significance of Dwarkadheesh temple present it to the world of believers as one of the must see Hindu pilgrimage sites in India. The literal meaning of Dwarka signifies ‘Gate to liberation’ and the hallowed Jagat Mandir denotes the ‘temple of the world’. The original Jagat Mandir temple is dedicated to Ranchhodraiji. It is constructed by Vajranabhji who is believed to be the great grandson of Lord Krishna. The temple was affected several times by invaders and has got a distinctive form every time it was built. The present temple dates back to 15th-16th century and depicts Chalukya Style of temple architecture. The temple complex is comprised of four sections – Vimangrih, Bhadrapeeth, Ladva Mandap and Arth Mandap. The tallest peak of the temple is about 52m high. Dwarkadheesh is one of the Sapt Puris according to Hindu religious beliefs and seek maximum attention for being one of the Char Dhams in India. 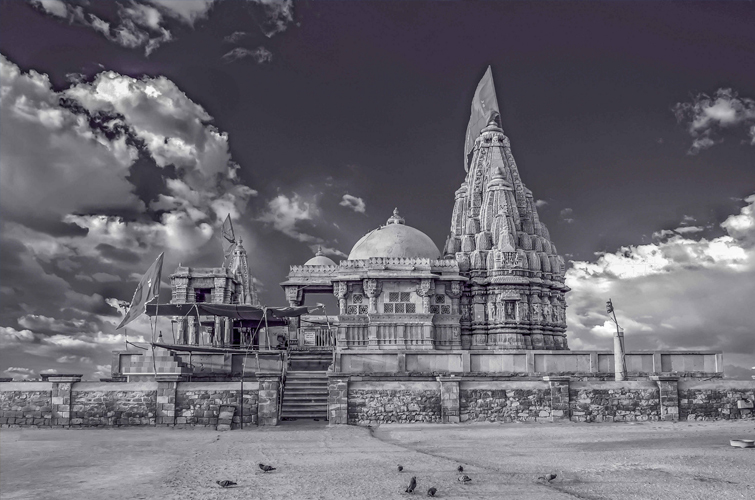 Dedicated to Rukmini , the most favourite consort of Lord Krishna, Rukmini Temple possesses a significant position in Hindu mythology. The temple has a richly carved exterior with two intricately designed panels. One of the panels is sculpted with naratharas (human figures) and another is sculpted of gajatharas (elephants) at the base. The main shrine is fixed with a traditional spire and the pavilion is attached with a hemispherical dome. The inner sanctum has a recessed seat on which the image of Rukmini Devi is installed. 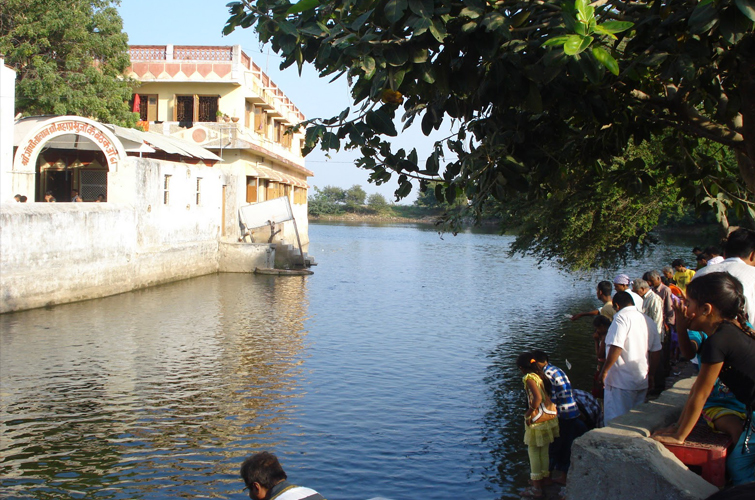 Associated with deep rooted religious beliefs of the followers of Krishna, Gopi Talav is counted among the best holy places to visit in Gujarat. According to myths, when Krishna left Vrindavana, the Gopis, or his girlfriends started feeling sad. So with the motive of meeting the lord, they met on a moon light night and danced with Krishna near the same lake which is known today as Gopi Talav. Once the dance got over, the Gopis were not willing to depart from Krishna. So they decided to get submerged under the earth. According to folktales, the Gopis transformed into yellow clay called Gopi Chandan which is considered today a must endorse cosmetic for Vaishnabites. 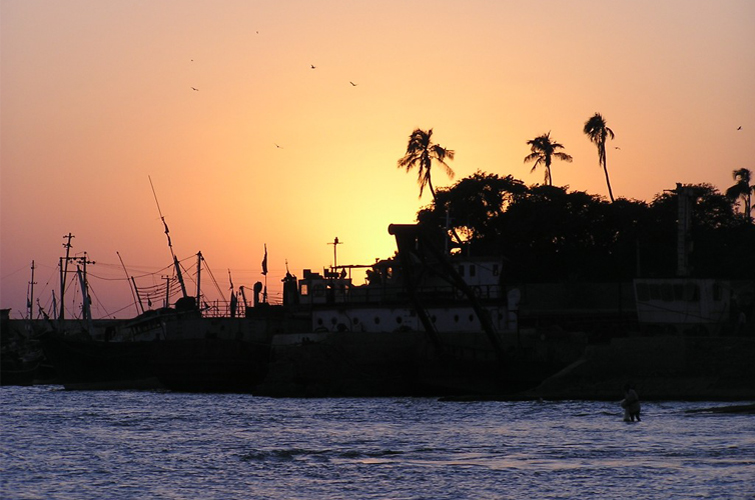 A boat ride away from Dwarka, Beyt Dwarka is believed to be the actual abode of Lord Shri Krishna. It is said that the main idol at the temple was made by Rukmini, the wife of Lord Krishna. Offering rice to the deity is considered auspicious. It is believed that when Sudama, the childhood friend of Krishna came to visit him in his Beyt Dwarka Palace, he presented him rice only. The main temple which is located on an island is surrounded by couple of smaller shrines known as Shiva, Vishnu and Hanuman.

Location: At the mouth of Gulf of Kutch, 3km from Okha 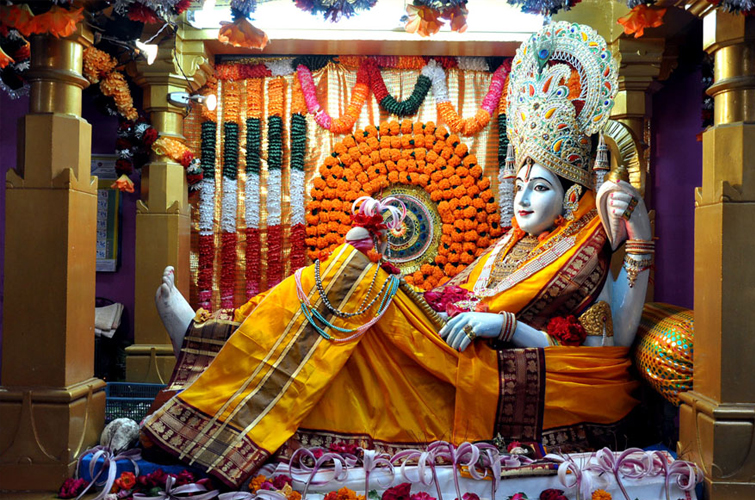 Bhalka Tirth is a sacred religious site where Lord Krishna’s feet was pierced by a hunter. It is said that after setting his kingdom, one day Lord Krishna was meditating deep inside a forest sitting on the branch of a tree. A hunter mistook his hanging legs to a bird and shot an arrow. The arrow pierced the feet of Krishna. It is then the hunter realized his mistake and started begging forgiveness to the Lord. Krishna then called Arjun and wished to take his last breath at the confluence of Hiran, Kapila and Saraswati River. Today’s Bhalka Tirth Temple is constructed on the same site where Krishna was hurt by the hunter. 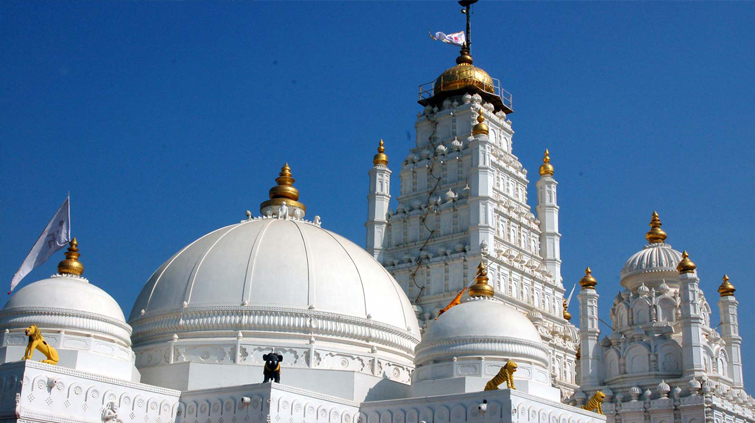 Located in Dakor, on the banks of Lake Gomti, Ranchhodrai Temple is counted amongst the popular tourist attractions of Gujarat. Enclosed by fort walls, this grand temple is situated in the midst of main bazaar of Dakor. The temple is covered with 24 turrets and 8 domes. The central dome of the temple reaches a height of around 27m and is crowned with a golden Kalash and a white silken flag. The main idol of Ranchhodrai is 1 m tall and 45cm in breadth and is made of black touchstone. The idol is adorned with all expensive clothes and jewelleries. The throne of the deity is a wood carved chair plated in gold and silver. 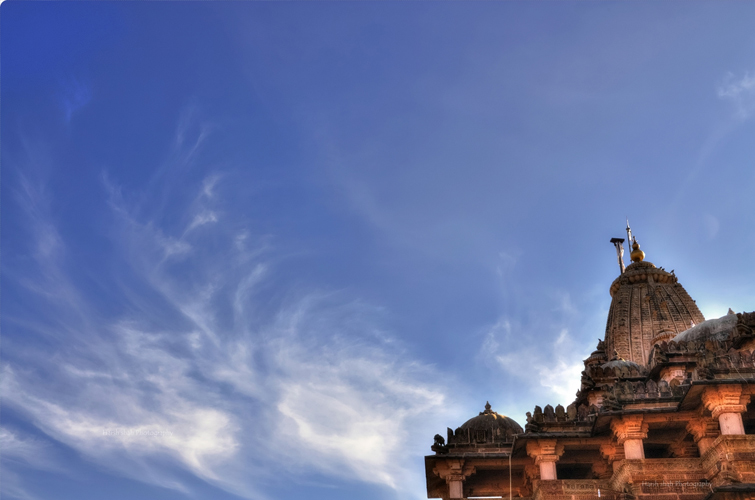 Spread across the banks of Meshwo River, Shamlaji Temple is the seat of Sakshi Gopal or Gadadhar and considered the most significant among the few shrines dedicated to younger form of Krishna. Lord Shri Krishna is depicted here as a black incarnation of Lord Vishnu and worshipped as a cowherd. A lot of cow idols are worshipped in this temple. The gigantic temple is 320 ft high and looks breathtakingly beautiful for its impressive designs on the walls depicting various mythological stories. The main shrine is covered by beautiful domed ceilings and traditional spire. The idols of Vasudev, Gadadhar, and Krishna (various incarnations of Krishna) are worshipped in the temple. 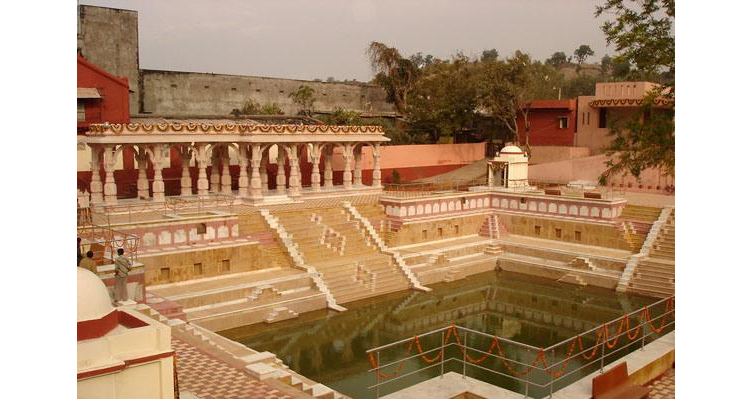 A very auspicious travel destination in Gujarat, Manasarovar is located behind the temple of Arasuri Ambaji Mata and gains significant status among the followers of Krishna. It is believed that Lord Krishna had his tonsure ceremony at this site. A huge number of devotees visit this place to perform their kids’ childhood ceremony. There are two shrines on the bank of this lake, one of which is dedicated to Lord Shiva and other is dedicated to Ajay Devi, sister of Amba Mata. 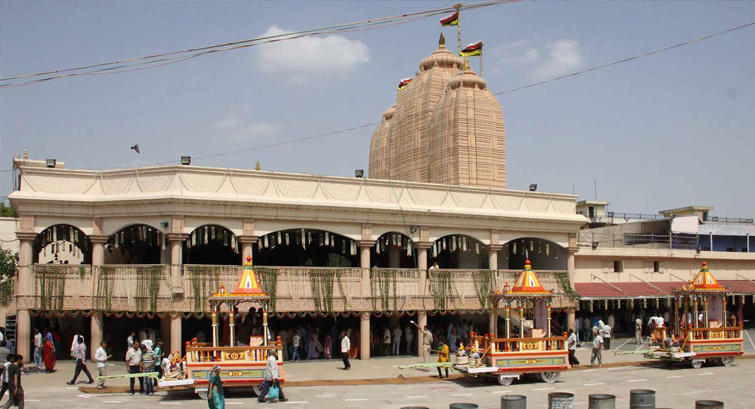 Located near Sabarmati River, the Jagannath Temple is one of the popular religious tourism places in Gujarat and gains high significance among the devotees for enclosing the idols of Lord Jagannath along with his brother, Lord Baldev and his sister, Goddess Subhadra. The temple was renovated in the period 1996-2000 and today enshrines the idols of Jagannatha and his siblings on a raised platform or Ratna Bedi. 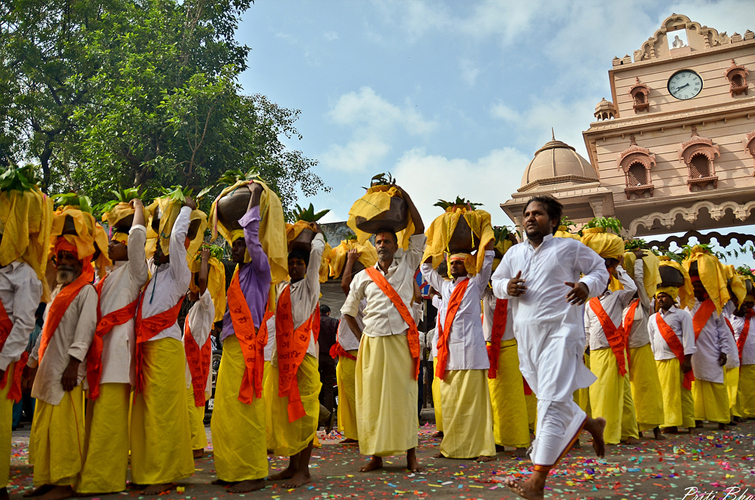 I am sure many of my reader friends have been to Dwarka and would like to share their experiences with us. I would love to listen to your travel tales to Dwarka in this case. If you want to opine something different about these temples or you want me to add information to this post, feel free to comment.

To get all the latest news on Gujarat Travel & Tourism, like our Facebook Page and contact us to plan a perfect holiday trip for you in Gujarat.