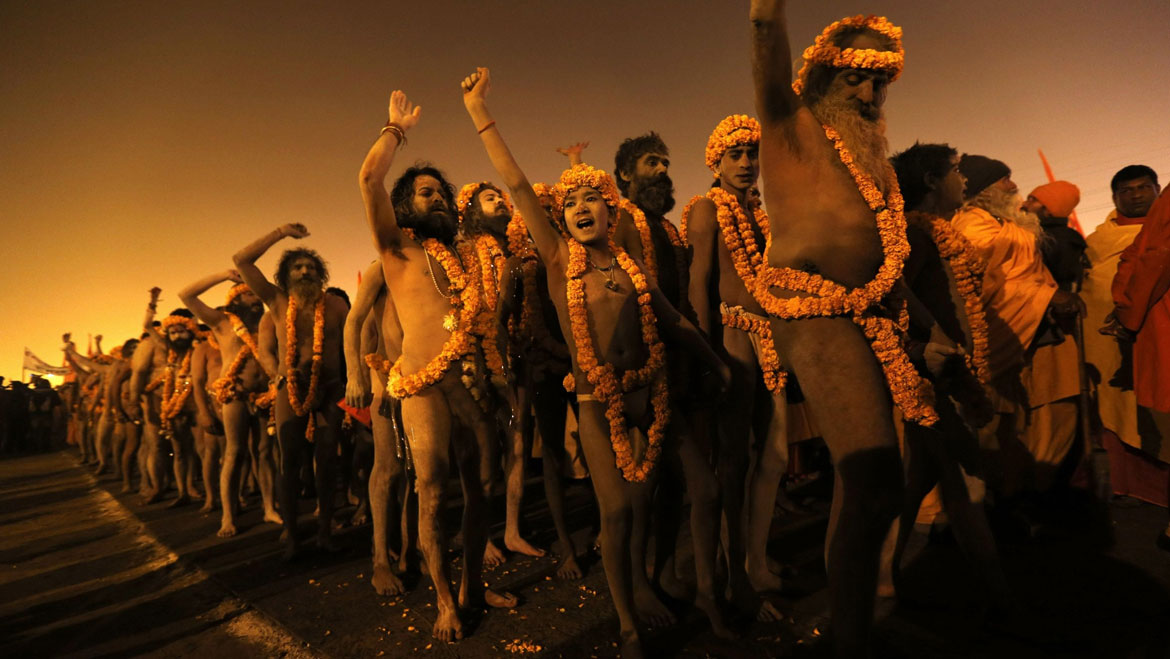 Kumbh Mela is traditionally referred to a gathering of devotees, however, it’s much more than a gathering or fair. It is a festival, a cultural retreat, a celebration of life over death, virtue over sins and is a celebration of divinity and spirituality. While one may not be a follower of mythology or religion, Haridwar Kumbh Mela is an experience that goes beyond the realm of religion and beliefs. Just the sight of millions of devotees seeking holy blessing gives you a sense of the diversity of culture and beliefs. This religious and cultural event was declared a UNESCO World Heritage site in 2017 for its Intangible Cultural Heritage of Humanity. While Indians pretty much know about Haridwar Kumbh Mela 2021, it’s time for you international travellers to witness the cultural retreat at such a massive scale that it can give any music festival a run for its money. 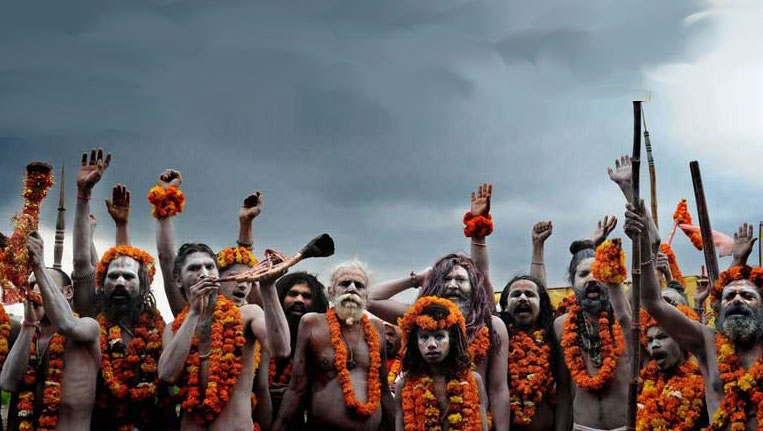 While Purna Kumbh Mela happens every 12 years, there are Ardh Kumbh that happens every 6 years. The Significance of this Hindu Mela and mythological history dates back to the time when Deva(demigods) and Asuras(demons) were indulged in a battle. Lord Indra had offended Sage Durvasa resulting in demigods losing all their powers. Demigods seeking help reached Vishnu who made a deal with demons to churn the ocean of milk to obtain the nectar of immortality.

Upon receiving the nectar, Vishnu gave the nectar to Garuda to take it back to heaven. While returning to heaven, Garuda was stopped by demons and a fight broke out which lasted 12 demigod days, meaning 12 human years. To save the nectar, Garuda was forced to place the Kumbh of nectar at Prayag, Ujjain, Nashik, and Haridwar. Hence, every 12 years, the Hindu religious festival is organised every 12 years at these 4 destinations.

Kumbh Mela Destinations and Their Attractions

Divine Intervention for The Religious Souls 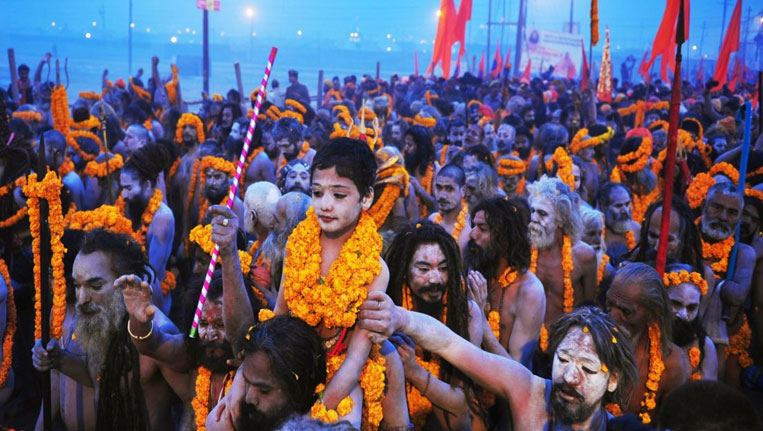 Kumbh is one of the holiest Hindu Festivals in India and the divinity of it is something beyond explanation. Millions of devotees hoping to take a dip in the holy Ganga and the chants of Hindu prayers make the fair site a religious pilgrimage for more than 2 months. 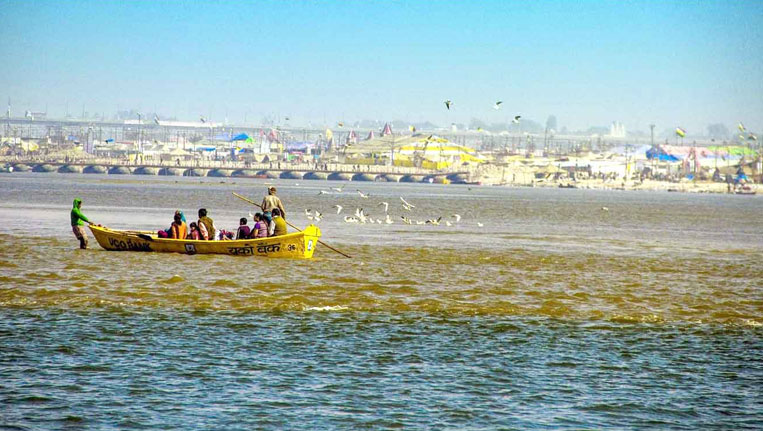 Haridwar is one of the best places to see River Ganga at her best. Dotted with numerous Ghats and Hindu temples and adorned with an imposing Shiva statue, Haridwar is amongst the top religious places to see in India.

Wash off Your Sins with a Holy Dip in Ganga 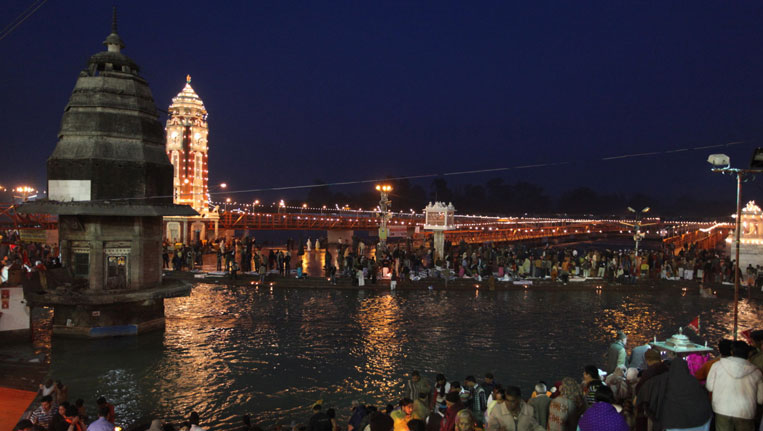 Ganga is believed to be one of the holiest rivers in India and if you wish to take a holy dip in it as it is said that a dip in Ganga can wash off all your sins.

12 Must See Places in Haridwar 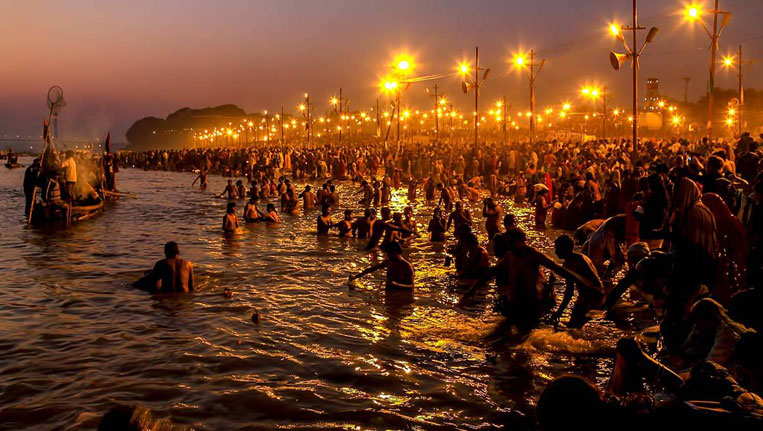 An Intangible Cultural World Heritage site recognized by UNESCO, the famous Hindu Mela witnesses the largest human gathering in terms of footfall. The Prayagraj Kumbh Mela in 2019 was attended by 120-130 million people. The number rose from 30 million in 1989. Being an international tourist, Kumbh is the best way to witness the Indian Hindu culture and traditions.

For Those Seeking Spiritual Bliss: Kumbh Mela is the Largest Spiritual Gathering 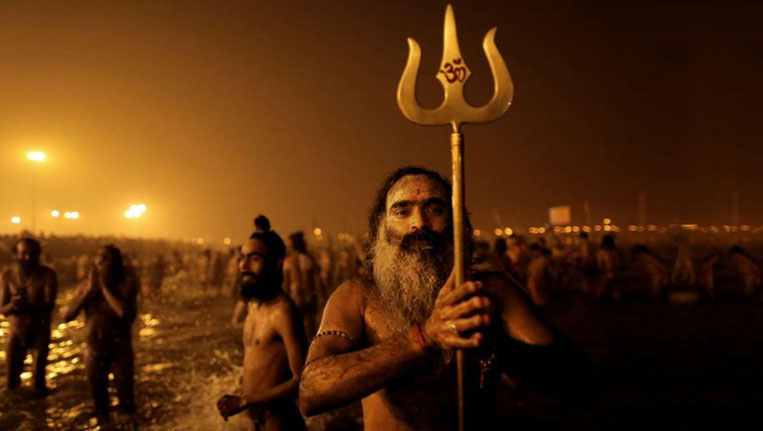 Kumbh isn’t just limited to religion, rather it is the world’s largest spiritual gathering. Spiritual gurus from all over the country come to witness the auspicious Hindu cultural and religious festival. Kumbh Mela allows you to introspect and explore the spiritual side with the guidance of some of the most renowned spiritual guides.

15 Best Places to Visit in Ujjain

Not Just Local Rather a Globally Acclaimed Festival 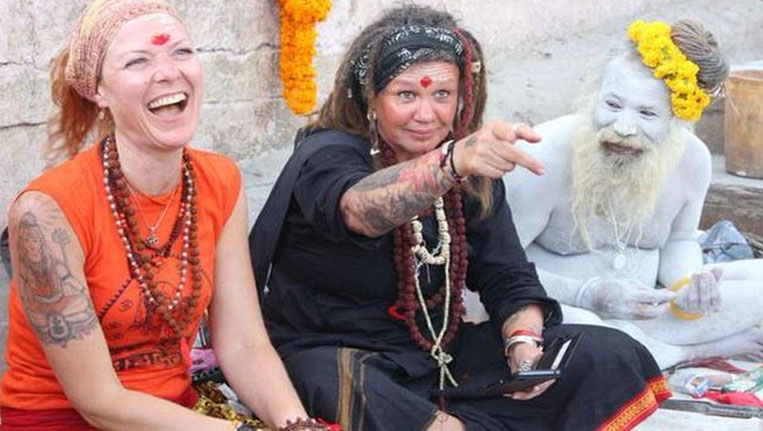 Wherever you go, you will hear about Kumbh. This is the testament of sheer grandeur of this festival. Offering international tourists a cultural tour of India, Kumbh Mela is packed with so many elements that it has received international acclaim. In each Kumbh fair, apart from innumerable pilgrims, international tourists come to witness the festivity, rituals, the Naga Sadhus and more.

Spend Yoga & Meditation Holidays in the Holy Land of Rishikesh

From the Books of Mythology to Modern Time: Witness One of the Oldest Hindu Festival 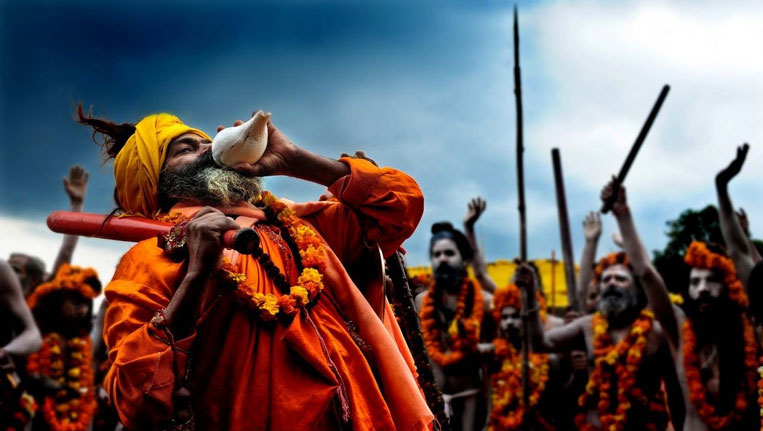 Kumbh is a centuries-old tradition that Indian culture has managed to preserve its original essence. A cultural heritage and one of the most popular tourist attractions in India, Haridwar becomes home to the biggest cultural festival in India every 3, or 6 and 12 years. Visiting this festival would offer you a chance to relive century-old traditions and religious practices.

Be a Part of Unique Rituals: Witness the Royal Bath/Shahi Snan 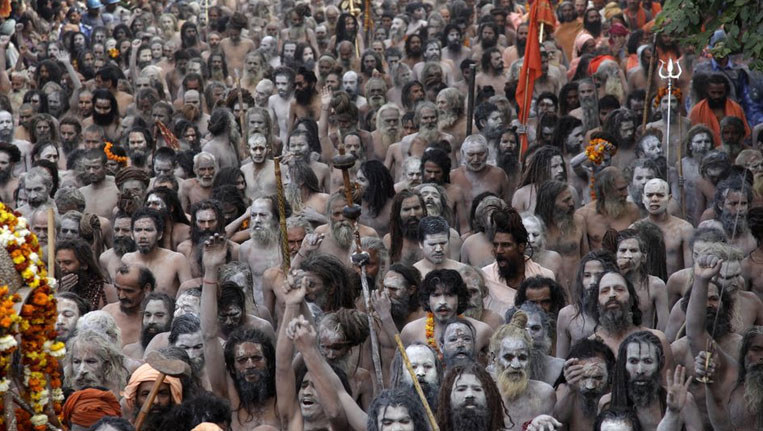 The cultural fair is a unique spiritual experience which offers a chance to be a part of unique celebrations and traditions. The festival witnesses saints coming from all parts of India, with Himalayan Sadhus and Naga Sadhus being the major attractions for international tourists. All different sects of Sadhus take a dip in the holy waters of Ganges, the first being the Naga Sadhus, and it is a spectacular sight to witness.

In the Land of Gods: Surround Yourself with the Divine Forces 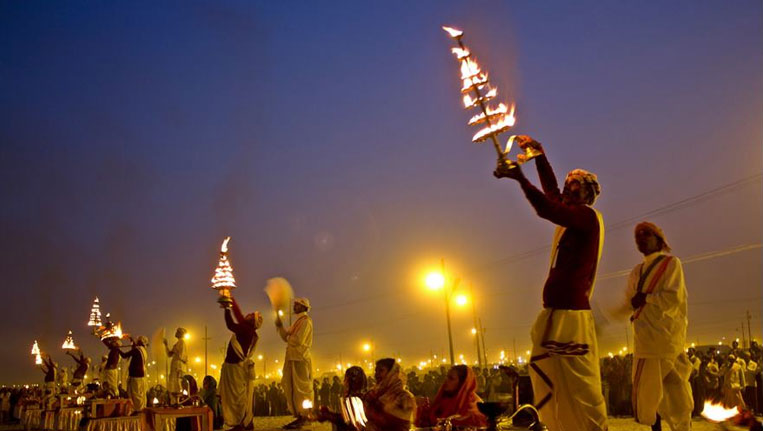 Haridwar is a famous Hindu religious destination in India and during Kumbh Mela, the entire city turns into one big pilgrimage stop. With Sadhu and saints preaching and reflecting Hindu philosophy and millions of people demonstrating their faith by taking a holy dip in the Ganges, Kumbh is a nice way to explore the spiritual and philosophical side of Hinduism.

Places of Tourist Interest in Allahabad

Living in Tents with Religious Guru for a Spiritual Liberation 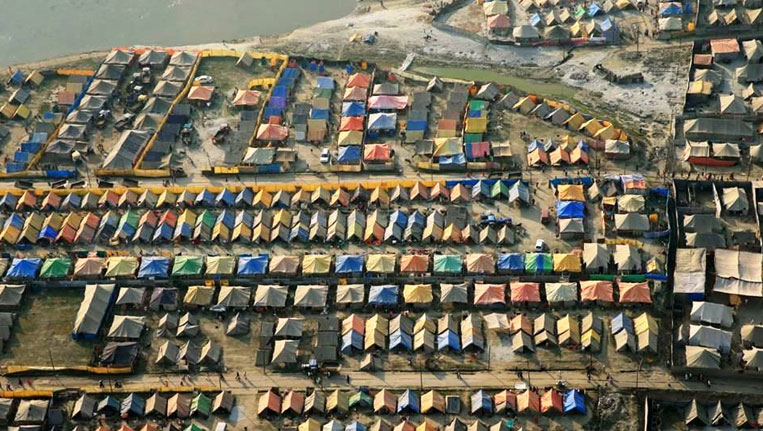 Living amidst the saints and sadhus in tents is one of the biggest reasons for you to visit Kumbh Mela. No Kumbh experience is ever complete without spending a complete day at the holy site. During the festival, many tents are set up for devotees and pilgrims and if you happen to get a chance to stay in them, you would understand the traditions and culture even better.

Some Amazing Temple Fairs in India

A Perfect Frame for Photography Enthusiasts 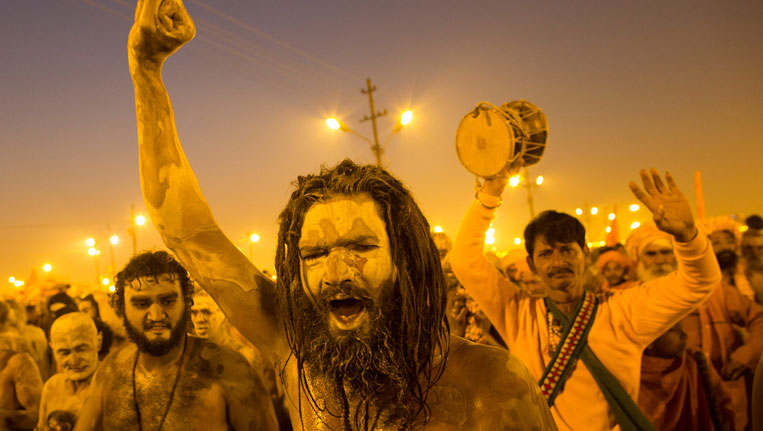 Seldom do you find such diversity in one place, and Kumbh is the epitome of it. Apart from the spiritual and religious reasons, this religious festival is a royal buffet for photographers. From morning dips to evening aartis, from Himalayan saints to Naga Sadhus, from religious gatherings to preachings in every lane of the city, you would be astounded by the infinite frames available to you. Also, the Hindu Mela allows you to shoot the diverse culture and traditions of Incredible India.

Best Tourist Attractions and Places to See in Varanasi 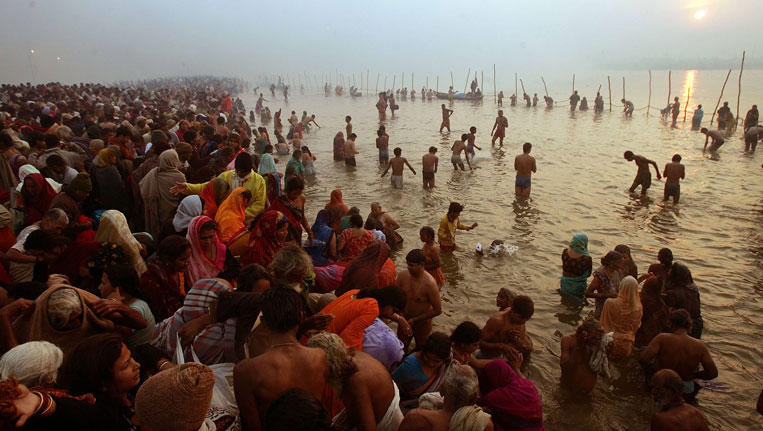 Other Destinations to Visit During Haridwar Kumbh Mela

Well, if you’re looking for such spiritual tour in Haridwar during Kumbh Mela 2021, you can contact us at Tour My India. You can call us at +91-8744012088 or send us your queries at info@tourmyindia.com and we’ll get back to you with the best travel packages where you can pick the one that suits you the most.