What to Expect While Traveling to Nagaland in December? 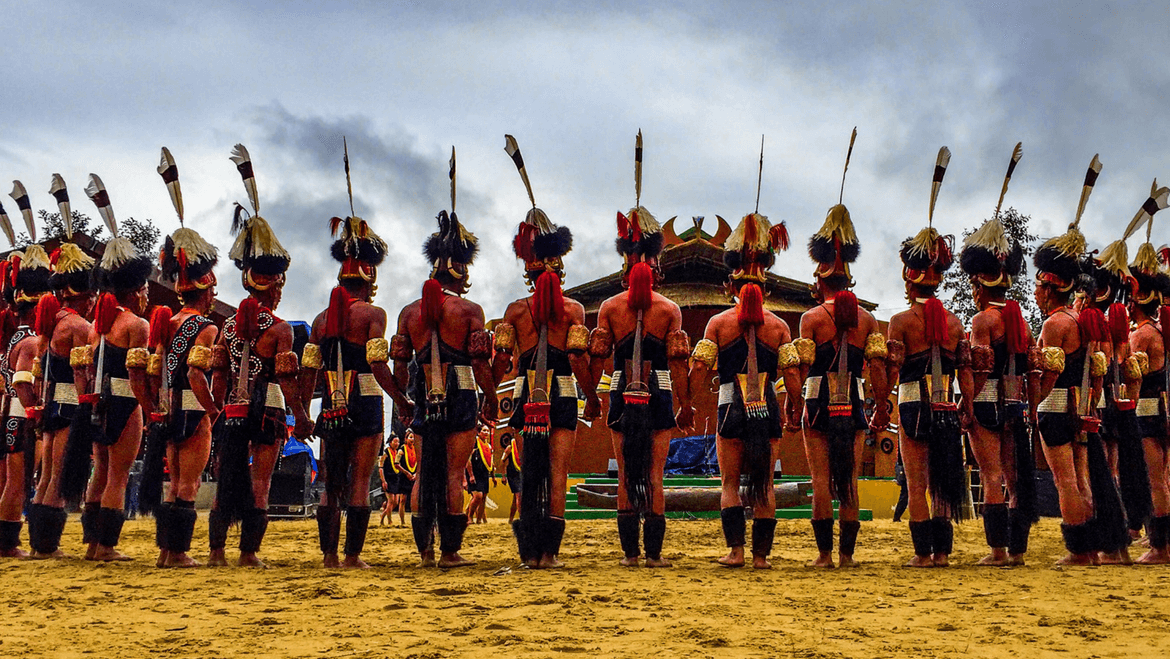 Well, the momentous month of December certainly has what one may call – enthusiasm when it comes to celebration. Why shouldn’t it be, after all, such fun-filled season comes just once a year. With much festive mood, the entire state radiates with red stars hanging on top of the roofs and glittering fairy lights that illuminate the houses, especially if you are visiting one such eventful destination in Nagaland- Mokokchung. Things to expect during this holiday season may certainly lift your spirits high. Seeing the house roofs all decked in fluorescent decor, with stars and colourful ornamented Christmas trees and the food, ‘Oh-My,’ it would be a sin not to try out smoked pork cooked traditionally with bamboo shoot and spicy red chili. To say the least, the month of December offer much more and the only way you can experience it all is by going there and being a part of the incredible fete. 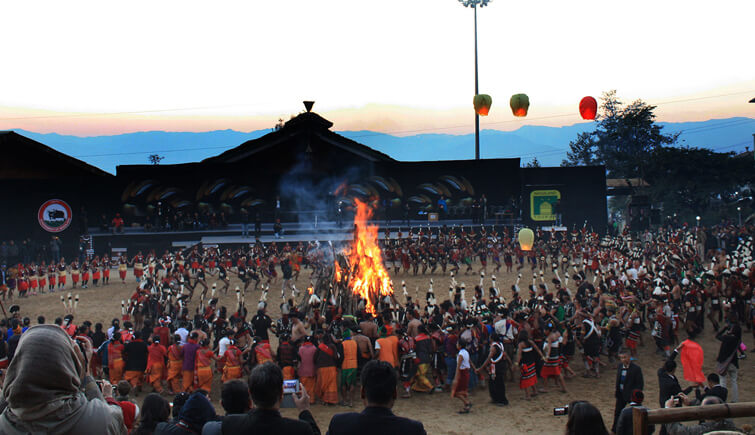 An event often sighed ‘unbelievable’ by the onlookers, is one of the famous northeast festivals of India – The Hornbill Festival. Many of you may know what this week long event has in store and what treasures can one cherish from it. Well, to brief those first timers who are looking ways to make their holiday in Nagaland entertaining, here is a little pep talk about it. Nagaland comprises of many tribes each having unique local dialect and customs. Thus, this event gives an opportunity to helps unite Naga tribes and make tourists aware about their elegant dances, folk musics and songs. Basically, Hornbill Festival is all about promoting Northeast tourism and a best opportunity to be a part of cultural vividness of Nagaland. Plan your holiday trip to Nagaland during Hornbill festival.

During this event that is held from December 1 to 10, you will be involved in a fiesta that highlights everything traditional. Even local games and stalls selling various handmade products are a part of the event. And not to forget about the delicious Naga food, where people swarm to drink local rice beer and literally get involved in a teeth-meat fight (trying to chew the delicious pork). Spend a week or at least be present on the opening and closing ceremony of Hornbill, when the experience can be hair-raising. Don’t believe me? Well, save the date and be a part of an extravaganza this winter.

Top Festivals in North East India in November and December

Sing out loud and bless the Lord on Christmas 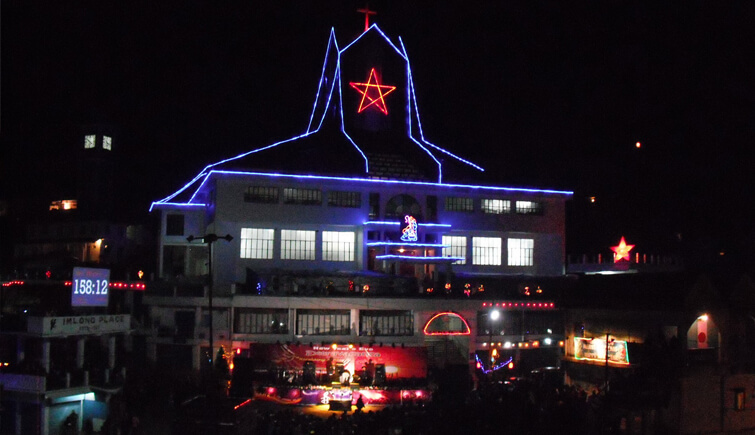 Where thousands of youth gather to sing carols by the moonlight, is yet another gleeful event that sets this charming town, Mokokchung on festal mood. The Children’s Christmas Cake Carol Competition often described as C5 in short is one of the must see events. You can hear popular hymns or religious folk songs sung by the children from the age group of 4 to 12 years that participate all decked as vibrant props – some as Poinsettia flower while some as Santa Claus.

The fun part is that, it is a light-hearted annual competition between various wards (colonies) or fellowships under the MTBA (Mokokchung Town Baptist Arogo) all competing for a grand prize – a massive Christmas Cake. Basically, it’s all about the cake (talk about how to gain weight in a month) but also a whole year of pride and victory. Ever since 1989, the Youth Department of Mokokchung Town Baptist Church has been organising such lively events that brings joyous ambience around the district. 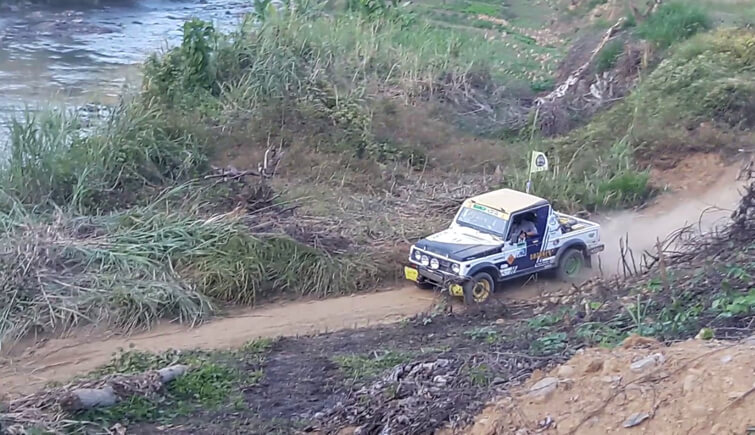 A hair-raising affair that accompanies the other Christmas events, is one of the thrilling things to see while in Nagaland. Car Rally Motor Sports Competition, sure is an adventure activity that is usually partaken by the locals but even a traveller or a visitor can jump right in and test their racing skills driving on the roads with hairpin bends in Nagaland. On a clear morning, the entire town folks gather in Imkongmeren Sports Complex where the Deputy Commissioner flags off the race. Annually, there are approximately 47 participants that traverse many tourist places from villages to nearby towns via four wheeler and two wheelers, finally, winding up the race at the starting point itself. The competition is organized by the Mokokchung District Sports Council (MDSC) every year, and even as a spectator, it is a different experience to gain during your trip to Nagaland in the month of December. 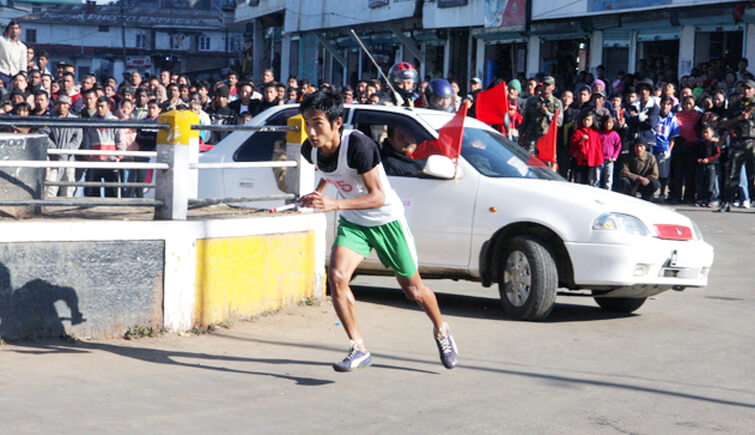 After winter season’s much sellout show of Carol Competition, Christmas Cake Race is yet another event to see that has been religiously followed for years. Basically, it is an inter-ward relay race participated between various colonies held on every chilling morning of Christmas eve i.e the 24th. Do not get worried if cold is not ideal for you, because, it does not snow in Mokokchung, rather the mornings will receive you with a warm bright and glorious sun. So, heartwarming that you could almost kiss it.

The friendly match of Christmas Cake Race is organized by Mokokchung Municipal Council where men and women dress in their sports attire and prep for the countdown. Starting from the town’s main point called as the town square, the racer swift’s like a ‘road runner’ along the narrow up and downhill roads before finishing at the starting point. However, all the participants receive the same prize – huge Christmas Cake but the winners of the race gets to take away a whole year of bragging rights until the next contest takes place.

Most Visited Wildlife Sanctuaries in Nagaland

Christmas is always heart-warming no matter where you are… 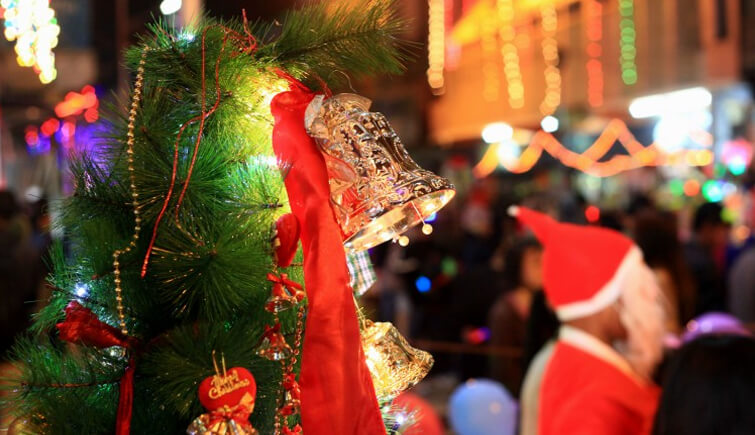 Visiting Nagaland in winters is also an ideal time for travellers because during this season you can experience and see how the Naga’s really start their Christmas. To start with, the mornings are usually pin drop silence…well, almost. Early mornings even before the sun is up, family get ready to gather in the churches and seek blessing, pray for their sins and enjoy for that fact it’s Christmas, hurrah! Similar to the Sabbath Day (Sunday), if Christmas falls on a Monday/Weekday, all shops and malls remain close (typically, feels like a sunday).

Apart from distributing donuts, white creamed cake or ‘dry cake,’ which is a tradition; bundle of pork meat and fats are also exchanged between neighbours, friends and family. It is a day of celebration in Nagaland, people gather in the homes of their elderly family member/relative where they dine and drink wine. As a traveller, you can certainly feel bliss dwelling in one such offbeat destination sitting around a bonfire with welcoming strangers singing folk songs or in today’s time, whistle any rhythmic music that makes people dance and sing.

Note: in order to experience Christmas celebration, ditch staying in a hotel and opt for homestays. Mokokchung has a lot of such offerings (especially during Christmas).

Where: All over Nagaland

The Picturesque Beauty of the Land of the Nagas

Sing songs of hope and dreams on New Year’s Eve

One of the popular festivals in December and throughout the world is the grand New Year’s eve celebration. It is a major fiesta that follows the celebration of cakes and donuts, Christmas. And fellow travellers, you dare not miss out this opportunity while you’re in Nagaland. Held annually, the town square locally known as a police point in Mokokchung hosts an extravagant New Year’s eve event filled with songs, dances and well… everything possible you can think of. The countdown where the wild crowd cheers standing in the quintessential venue as the fireworks illuminate the night sky, is one spine-tingling experience. Come witness why in Mokokchung famous New Year celebration is a big deal.

Things can get pretty overwhelming during your Nagaland tour in December. Not only you can visit amazing tourist attractions but even witness a riveting celebration of two auspicious feasts along with other various galas. Here, in Nagaland during December, expect to get a variety of bizarre food, get up close and personal with the locals and sing ‘Joy to the World’ drinking Nagaland’s traditional rice beer. If you plan to get set and go but hesitant about how to make a step forward. Well, we are always here to help you get there. You can call us at +91-8744012086/87 or email us at info@tourmyindia.com to hear of our special tour packages to Nagaland.