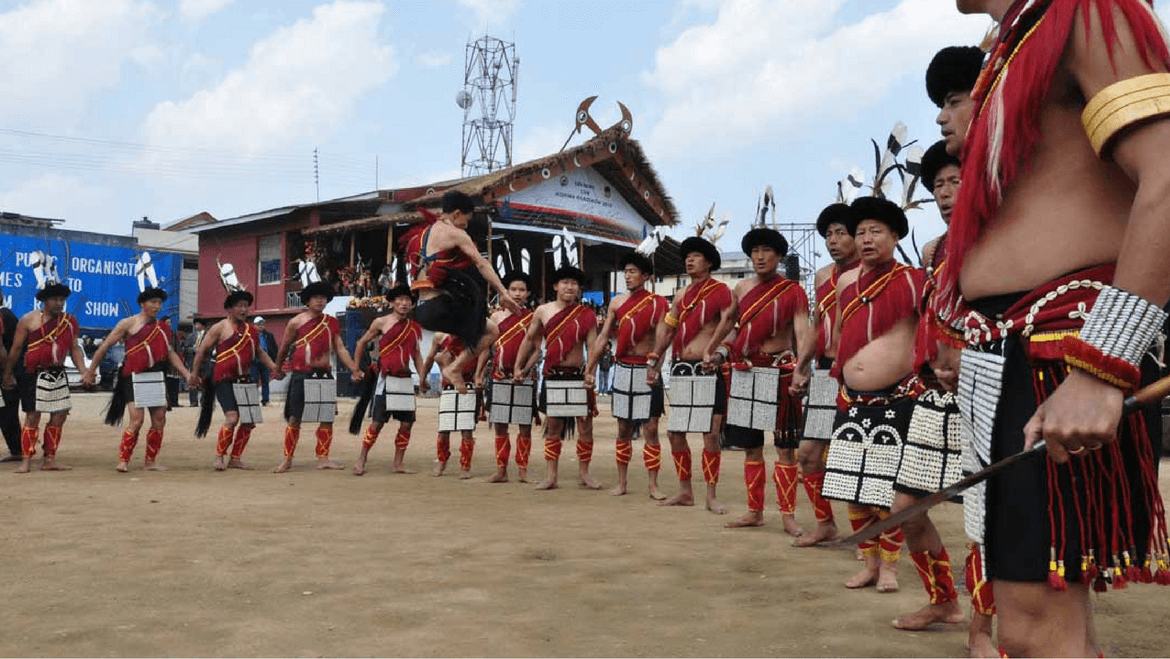 The state of Nagaland has many ethnic groups and each is unique in character with its own distinct customs, language and dress. With a total of 16 major tribes excluding sub tribes Nagaland has many unique festivals and they showcase in its brilliancy. It is a state where agriculture is the main source of income and most festivals revolve around agriculture.

With many festivals in and around the states, I have listed some of the famous must see festivals in Nagaland that are celebrated with pride and joy: 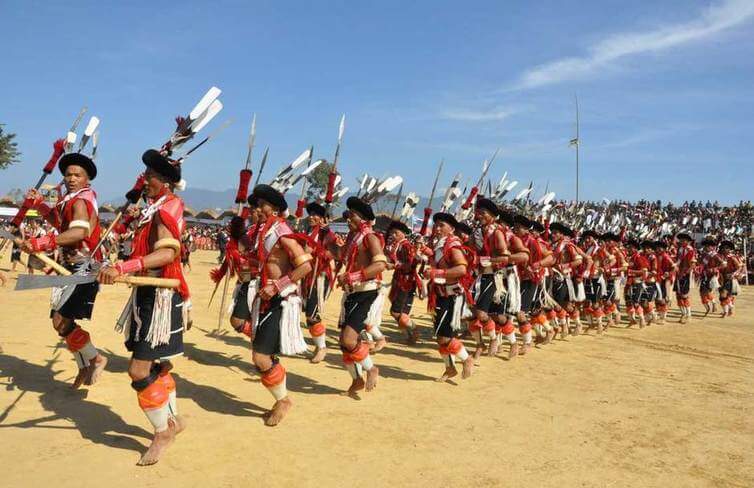 Chakhesangs are one of the Naga tribes that celebrate Tsukhenyie festival which is the onset of the sowing season. This festival is celebrated with great affection by the tribal people and it’s a colourful event. This celebration welcomes new fruitful life and year which lasts four days in the month of April. Sports and games are actively played like tug-of-war and wrestling among the youth. People come together to participate in various games during the festival.

Traditional part of the Tsukhenyie festival is that the sacrificial offering of a rooster, a particular that crow at the crack of dawn is slathered, and then all men gather to bathe in cold water as a ritual of purification. Tsukhenyie is a time for feasting and the best of the male livestock are cooked and served during the celebration.

Moatsu Festival of the Ao Nagaland 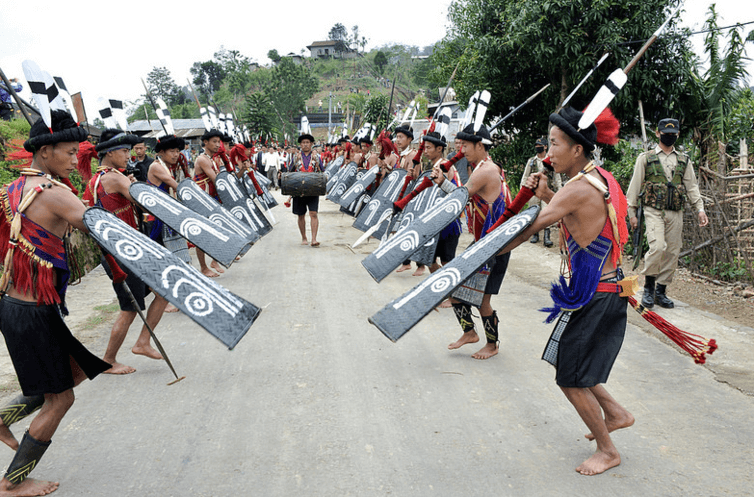 One of the most eagerly awaited festival falls in the month of May and is grandly celebrated whole of the first week, however the days have been scaled-down to only three now. Moatsu festival is celebrated by Ao tribe and the main idea behind this festival is to seek blessing from God after doing all the heavy work. It is the best time to dance, sing and enjoy, a period of recreation and entertainment after stressful work.

During this festival one of the significant celebrations is Sangpangtu, where a big fire is lit and men and women sit around putting on their best attire. Moatsu Mong is now being promoted by Nagaland Tourism as a national event, and Chuchuyimlang Village is the main showcase for the ceremony. It promises a great place for visitors from across the country to get an exclusive view of Naga life. 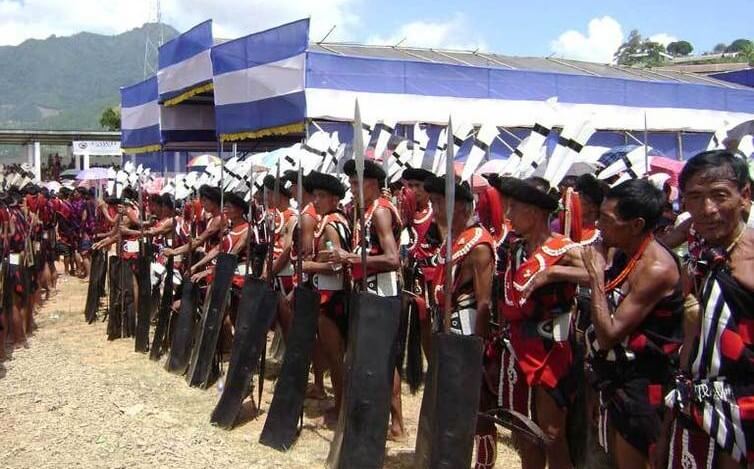 Mongmong which means “Togetherness Forever” is a week long harvest festival actively celebrated by Sangtam tribe which falls in the month of September. This festival is a six day long tradition and it is celebrated with zest and laughter.

Stocking domestic animals on the first day then preparing the next day. They believe that on the third day of the festival no one can eat anything till the traditional practice is completed or else it will be considered as a sign of evil. The fourth day of the festival the village people cleans their house and surroundings. Fifth day is the day to celebrate with friends and family for a nice supper and drink local rice beer. And in the last day people believe that God blesses them and can start new harvest. Sangtams believe that God protects and blesses their crop for its fruitful and rich vegetation. 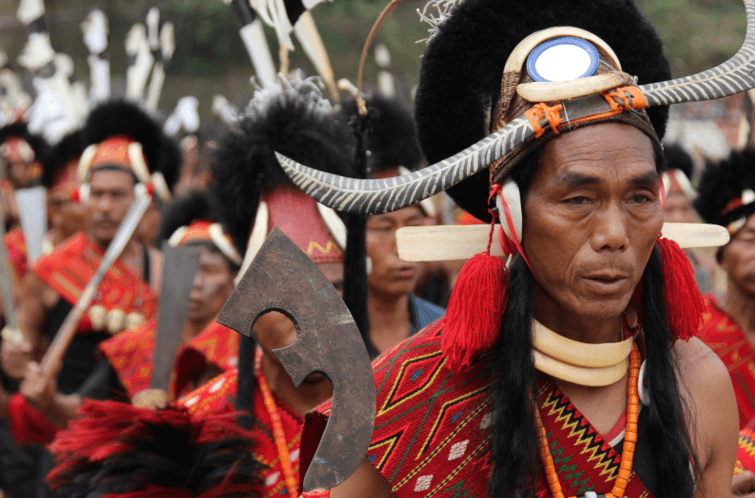 Aoleang is perhaps the biggest and most compelling festival of Konyaks Tribe. Aoleang is a vibrant spring festival and it is celebrated in the month of April. It marks the ending of the sowing season and the beginning of a new harvesting season. Like other festivals, the locals come together and enjoy the day by participating in dance and sing folk songs and entertain each other. A number of sports are also played introducing the famous tug of war. Aoleang feast with traditional and modern cuisine is the main highlight of the festival and many other shows are organized to display Konyak’s interesting culture and heritage. This festival sings the praises of the rich cultural heritage and diversity of the state. 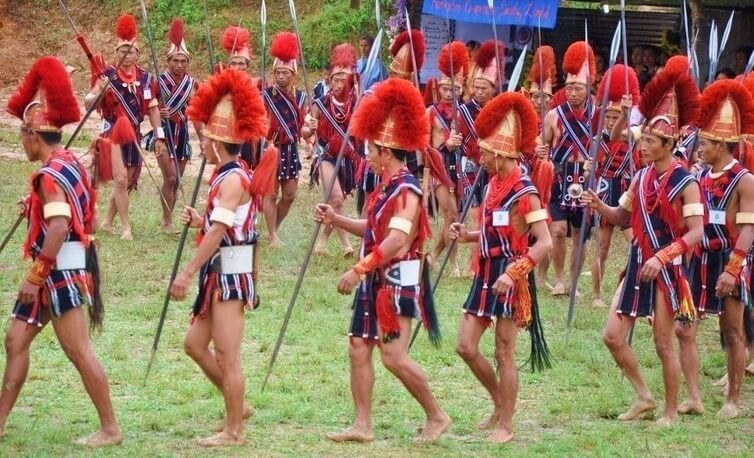 Yemshe festival in Nagaland is an occasion filled with fun and frolic calling the new season of harvesting. It is celebrated by the Pochuri tribe and it is one of the most important religious festivals of Nagaland. 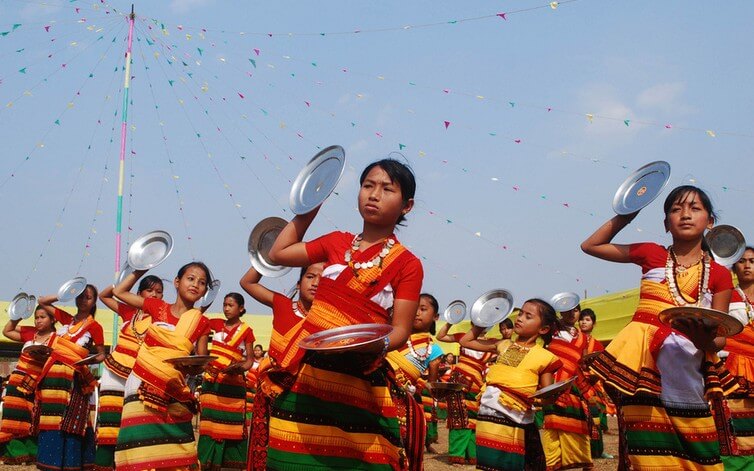 The Bushu festival is basically a post harvest festival that falls in the month of January every year. It is either celebrated in villages or they come together to celebrate together for better unity and promotes better understanding among the people of all ages and groups.

In the festival, the killing of the animals is known as ‘Meestahiba’ which involves ritualistic act before the animals are sacrificed. Many cultural dances and songs are laid out by young people. Folksongs and folktales are held during the festival. Bushu is of three types, one, Hangshu that lasts for seven days and night; Surem that lasts for three days and night and Jidep Jiba which lasts for one day and night. Among these above mentioned festival, Jaidep Jiba is generally observed in every village.

This annual celebration showers many blessings with culture, dance, and music. To be a part of this fair and festival one can only travel to get close experience and sense of harvesting and efforts they take to bear down their lands in these regions.

With North East India still left unexplored, here is your golden opportunity for a cultural holiday like you have experienced never before in the country. Please note when to visit Nagaland depends on the festival you chose to feast on and it would be better if you plan everything in advance as it will help you with not missing out on anything. If you liked this blog please make sure you share and comment. Also if you want us to help you plan for your next exotic tour to Nagaland, you can call us at +91-9212553106/07 or email us at info@tourmyindia.com to get your suitable tour packages.