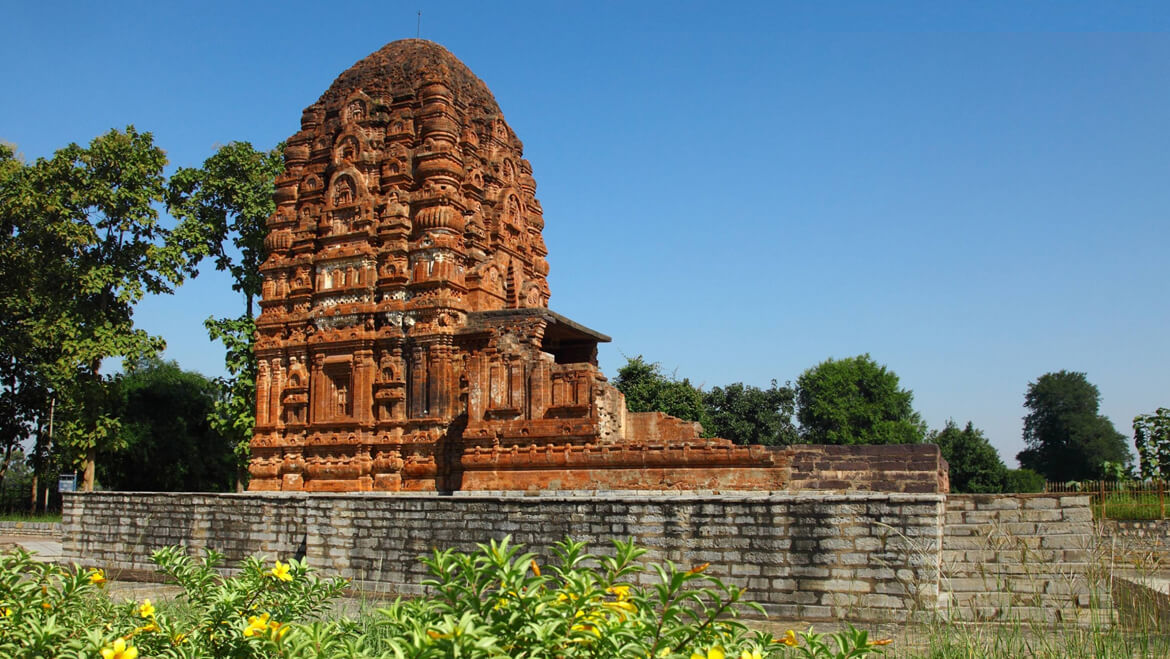 Beyond the pages of Indian history there are many untold stories that are no less remarkable than the ones jotted down by the historians. Walking through the past, through the ancient ruins, pilgrimage, rock arts and palaces, you can’t miss the nauseating effect they have on you. Some of these stories have been unearthed by the wary traveler, while others are bidding their time. Let us glance through some of the unexplored heritage tour in India and discover what story they have to tell.

Recent studies by scholars have revealed some of the lost culture of our forefathers carved on the rocks that forms a vast museum, secluded and untouched up in the undulated highland of Domkhar, in Ladakh. These rock arts embody the lifestyle of the pre-historic era that dates back to the 2nd and 3rd millennium BC. These ancient art forms dating back to the Iron Age showcases a narrative form with scenes depicting hunting, wars and festivals. It also has images of various animal species as well as stylish human figures. The petroglyphs in Domkhar, surely a gateway to the lost era, were first noticed by The Moravian Missionary A.H. Francke in 1902. These rock arts thave striking resemblance to those unearthed in the Central Asian steppes. The Domkhar rock art sanctuary falls on the Khaltse-Batalik route, approximately 120 kilometers away from Leh, and houses some of the finest engravings on display. Other places that house such unexplored heritage in Ladakh are the sites of Takmachik, Shara and Ledo.

The Chhattishgarh You Didn’t Know…

Hewed out from the state of Madhya Pradesh, the history of Chhattishgarh dates back to the early 10th century and has been dominated by several dynasties over the years, namely the Sarabhpurias, Panduavanshi, Somvanshi, Kalachuri and Nagvanshi. Engraved inscription further reveals that Sirpur, a town that is approximately 80 kilometers from Raipur, further dates back to the 5th century and hosts one of the finest brick temples, the Laxman Temple, with a stone doorframe and intrinsic cravings. Set in the midst of a lush green landscape, the Laxman Temple, which is still one of the unexplored heritage sites in India, was first discovered by Lord Cunningham in the year 1872. Further excavations in and around the site unfolded 12 Buddh Viharas, 1 Jain Vihara, monolithic statues of Buddha and Mahavira, 22 Shiv temples and 5 Vishnu temples. Some other attractions of Sirpur are the Gandheshwar Mahadev Temple, ruins of Swastik Vihar, ruins of ancient market and Surang Tila.

Once part of the Kalchuri dynasty of Ratanpur, Bilaspur today is the second largest city in Chhattishgarh that exhibits the ruins of a vast temple complex holding intrinsic sculptures conforming Shilpa Sastra and various mythological beliefs. Approximately 30 kilometers from Bilaspur, the ruins of Devrani and Jethani Temples in Talagaon are still the riddles of an iconic era. Portraying the artistic works from the Guptan style, the temple complex is said to date back to the 6th century AD. Nonetheless, several attempts have failed to establish similarities between the art style of the Devrani and Jethani Temples with that of Gandhara and Mathura. The closest match could be the ruins at Sisdevri of Baloda Bazaar Tahsil in Raipur District of Chhattisgarh. The detailed work carved on the walls still demonstrates images and sculptures of reptiles, mammals, humans, insects as well as daemons. Most of the temple complex is in ruins with fragmented sculptures lying scattered all around.

Far into the North East of India, steer to the Unakoti Hills, that lies approximately 180 kilometers away from Agartala. In the midst of vast natural diversity, there is an ancient pilgrimage site with huge rock-cut images and stone sculpture of Lord Shiva that dates back to the 7th – 9th centuries. Other than the rock-cut sculpture of Lord Shiva, it also hosts images and carves artifacts of various Hindu deities like Lord Ganesha and Goddess Durga.

Approximately 200 kilometers south-west from Unakoti and 40 kilometers from Agartala, Boxanagar hosts the remains of an ancient brick structure delving into the footsteps of Buddhism in North-East India. The site exhibits a sprawling gallery, in the midst of a lush green landscape, of Buddhist stupa, chaityagriha, a monastery and other associated burnt brick structures. Moreover Boxanagar, hitherto an unknown era… has exhibited several remnants that leavens the museum of ancient Tripura.

Named after Sheikh Burhan-ud-Din, Burhanpur is one of the historical sites that recently came into the eyes of travellers and is the grandeur of Madhya Pradesh Tourism. It hosts several monuments reflecting the Mughal Era. The Sarai and Ahukhana weretwo sites that were Royal leisure pavilions during the Mughal time and is believed that the body of Mumtaj Mahal was buried at this place for six months before she was shifted to Taj Mahal in Agra. Further Burhanpur also hosts a mosque, the Jama Masjid; Raja ki Chatri, which was built by Emperor Aurangazed in the memory of Raja Jai Singh; Dargah-E- Hakimi that is an Islamic pilgrimage site; Asirgad Fort that secludes a temple dedicated to Hindu Goddess Asha-devi; Shahi Qila and a Gurudwara.

Relics from the Mughal Era that is close to New Delhi, Farrukhnagar

Farrukhnagar is a medieval gallery exhibiting the imperial era of the Mughals. The historical town was founded by Faujdar Khan, the first Nawab of Farrukhnagar and a governor of Mughal Emperor Farrukhsiyar in 1732. The town exhibits several monuments like Sheesh Mahal, Baoli and Jama Masjid that was built by Faujdar Khan. The town also hosts many memorials. The architectural works display an unique combination of Rajasthani and Mughal architecture.

Approximately 140 kilometers away from the cultural capital of India, Kolkata, Bishnupur is a popular weekend destination for the Bongs, and is still a less explored part for global travellers. Bishnupur hosts some of the finest examples of terracotta temples built during the reign of Malla Rulers of Bengal,dating back to the mid 7th century. Most of the terracotta works flourished in the late 17th century and today Bishnupur is dotted with 21 terracotta temples that mark an essential part of unexplored heritage tour in India. These temples, depicting various themes from ancient epics, are dedicated to various Hindu deities and one can enjoy the impressive art works hanging on the walls of Rasmancha Temple, Jor-Bangla Temple, Pancha Ratna Temple, Madanmohan Temple, Lalji Temple and Radha Madhava Temple.

En route the unique terracotta temple works of Depara and Dattapara at Joypur, the heritage of Bengal drives further to the terracotta works of Giri Gobardhan Mandir and Sridhar Temple, which is located in Kotulpur. Further heading… the five-pinnacled Gokulchand Temple at Gokulnagar is yet another impressive terracotta work. “Explore these unexplored heritage sites of India with well planned tour with Tour My India at best affordable price. Call us at +91-9212777223/24”