10 Hotels in India That Every Art Lover Must Visit 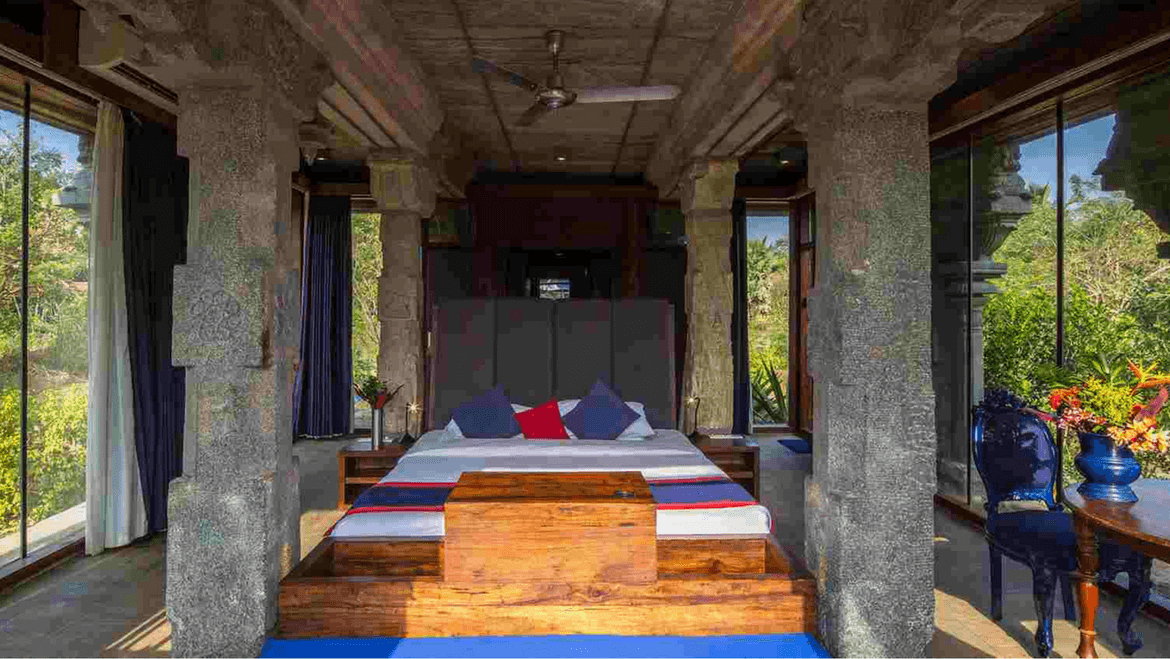 In India, one has the grand opportunity to enjoy phenomenal classifications of art forms. Well, thanks to our rich history that includes invasions (Not saying invasions were good, but they have contributed immensely in several ways); India now hold a vast range of art and architecture styles that it can be proud of. While we talk about art, as in painting and sculptures, it’s not the form that is found only in galleries or exhibitions but many hotels in India have indulged in supporting and exhibiting the art styles on their property and have gained popularity on this basis only.

Here is a list of hotels that can be extremely charming for the art lovers to explore and have a stay at: 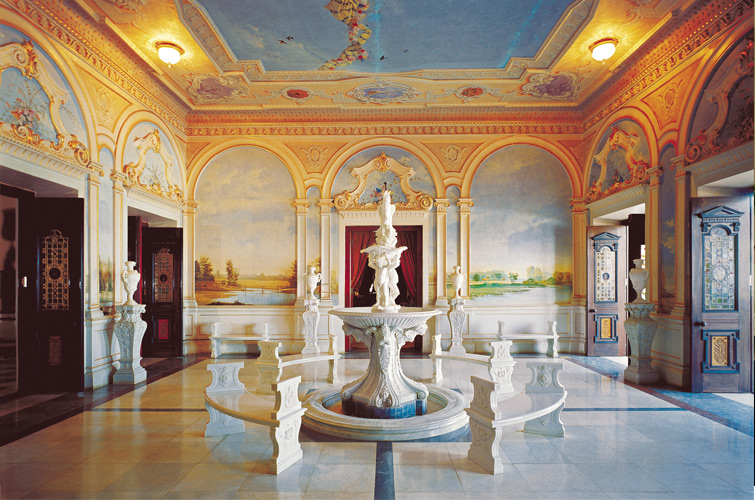 One of the best hotels for art lovers in India would be the Falaknuma Palace in Hyderabad. Known for its distinct and overwhelming beauty, the hotel has been catching the eyes of the art aficionados over decades. Adorned with carved furniture, frescoed ceilings, and Venetian chandeliers, the hotel conveys that indeed it was the residence of the art-lover Nizams of Hyderabad. For the art fanatics, witnessing the hotel’s library, which by the way is a replica of the Windsor Castle in the UK is a lifetime opportunity. Holding about 6,000 books, including one of the country’s most acclaimed collections of the Holy Quran, the library is the highlight of Falaknuma Palace. Another prominent feature of this premium hotel is the enviable crystal collection. You may like to take a tour of the property with the palace historian, who narrates legends about the dynasty once reigning here. 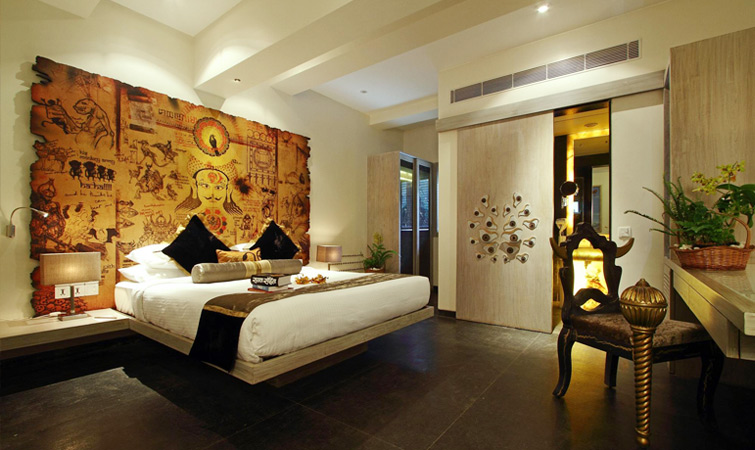 Le Sutra in Mumbai is a treasure trove of Indian mythology. Situated in Bandra, the hotel features 16 theme-based rooms with characters from Ramayana (such as Ravana, Asoka and Buddha) and characteristics (such as sensuality, love and purification). The art lovers in India may find this place quite interesting as each room is adorned in a unique way, for example, The Ravana room (pictured) has an unusual yellow headboard that represents an artist’s interpretation of Ravana’s thoughts; a table with an abstract Veena leg, and a chair with horns and sceptre. The hotel also has a gallery that regularly hosts exhibitions and helps make art accessible to the general public.

A boutique heritage property, The Malabar House is another hub for art lovers in India. The hotel is situated opposite the St Francis Church in Kochi and a short distance from the Kerala Kathakali Centre (known for organizing classical music and dance performances), the Indo-Portuguese Museum and Jew Town. The hotel proclaims to be more than a heritage hotel and calls itself as an art hotel, which houses collection that highlight Kerala’s culture as a passage between east and west. A short walk away from The Malabar House is Radhika Poddar’s boutique Cinnamon, which regularly holds exhibitions showcasing handcrafted products and lesser-known art forms. 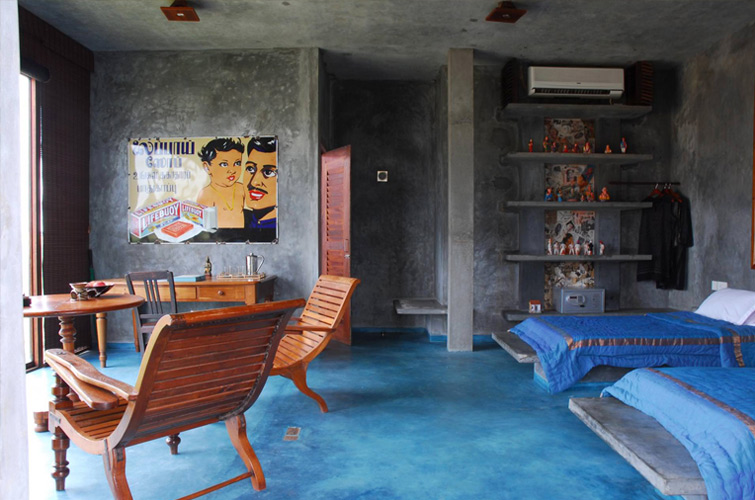 The Dune Eco Village & Spa is famed for its Artists In Residence (AIR) programme that helps artists to work in the dedicated art studios on site and live on the property. It is an interesting concept, where out of 60+ applicants from around the world, eight chosen ones get the opportunity for over four months (December–March) to work on the hotel’s projects while staying in The Dune, free of cost. The hotel gives you the chance to admire workof various artists in the hotel’s spaces. 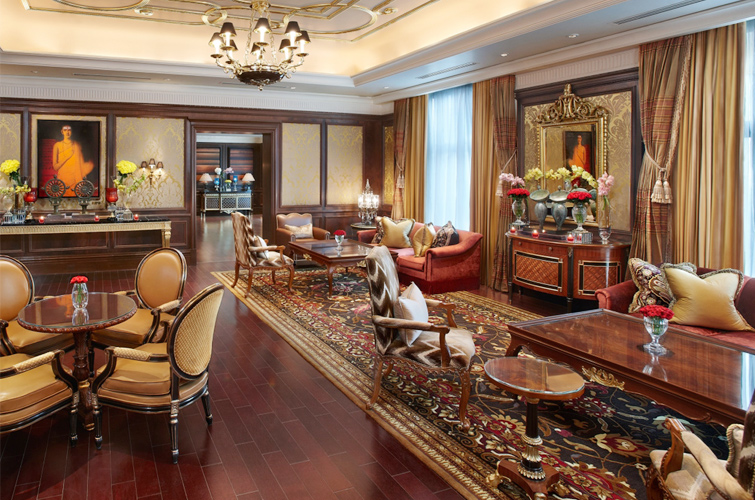 The Leela Palace stands an epitome for art skills. The hotel exhibits a fine mixture of art collections, which include pearl inlaid furniture, gold-leaf painting on ceilings and wall-to-ceiling silver panels. At Leela Palace, one has the opportunity to witness over 1400 pieces designed by industry’s eminent personalities such as Satish Gupta, Paresh Maity and JJ Valaya. One can take an hour-long art tours in the hotel, which is available on guest’s request. 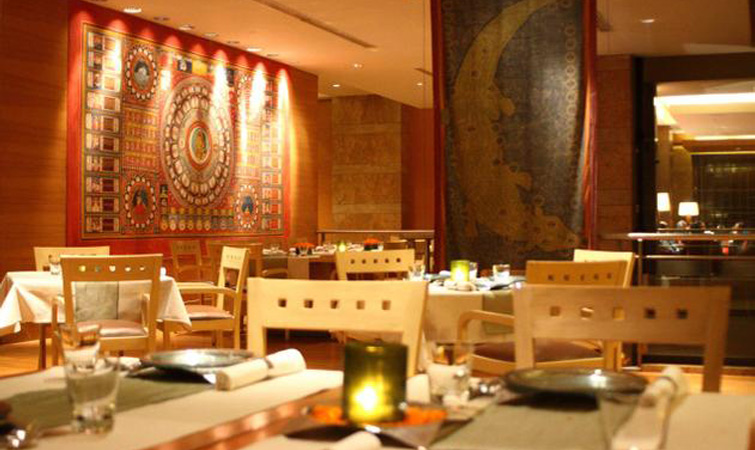 Representing Mumbai in terms of excellence in art work is the Grand Hyatt Hotel. The hotel includes 100 + commissioned pieces by veteran artists like Atul and Anju Dodiya, Nalini Malani and Jitish Kallat. One can also find famed creations like Krishnamachari Bose’s Pet-pooja, a tribute to the city’s dabbawallas, and Hema Upadhyay’s Basti: An Urbanscape, which represents the aerial view of Dharavi and the most noticeable piece is Riyas Komu’s Bollywood: City of Dreams, which is created in collaboration with Raju, a woodcraftsman from Kerala. 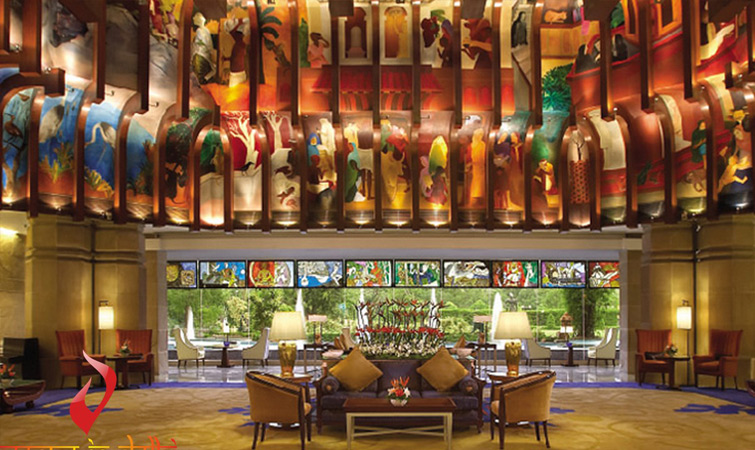 No, ITC Maurya is not only famous for its dinning sensation, Bukhara but this boutique hotel is the perfect reflection of the Mauryan dynasty. The main building of the hotel with its rising steps is built in the Buddhist stupa style. In one of the corridors that lead to the lobby stands AR Ramachandran’s Ashoka ‘After Kalinga War’. This bronze and zinc sculpture is etched with Ashoka’s inscriptions against the war in Devanagri script. Another must see is the Tyeb Mehta’s painting ‘Bull in the Mountain Landscape’, which is a recurring motif in the Mauryan art. As one enters the lobby, Krishen Khanna’s The Great Procession (pictured), which is a vivid depiction of life in India catches the eye. The famed Bukhara is not complete without the art as well as one can see MF Husain’s trademark horse replicated on the waiters’ aprons. 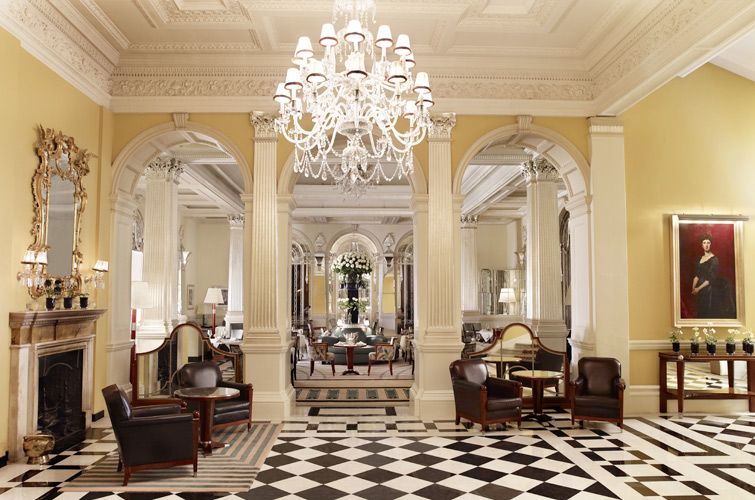 This list would have been incomplete without the inclusion of The Imperial, Delhi that had hosted one of India’s earliest art exhibitions in 1936. At The Imperial one has the chance to go back in time as one visits its royal ballroom that a life-size oil paintings of royalty. The suites in the hotel exhibit artwork by British princes. One has the opportunity to walk through corridors that were once frequented by likes of Mahatma Gandhi and Jawaharlal Nehru in pre-independence in India. The corridors are now lined with old photographs and artworks such as ‘Views in Lucknow’ by General David Scott Dodgson. 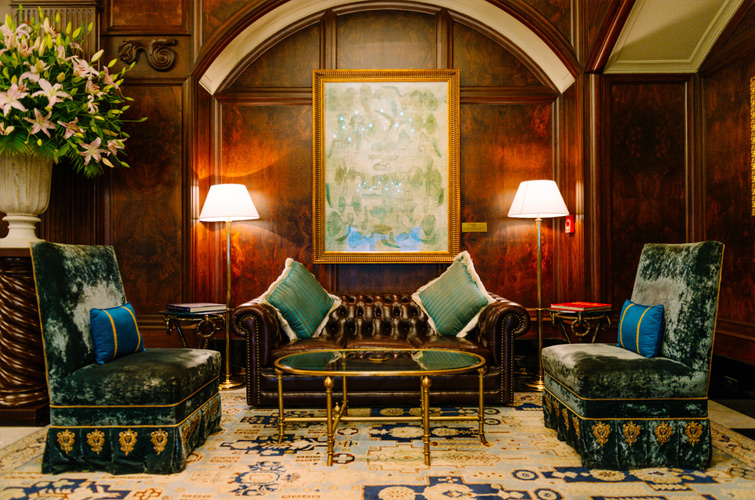 The victim of terrorist attacks, Taj Mahal Palace did not stop to be what it was for those who frequented here. The hotel, which is at a walking distance from the National Gallery of Modern Art and Kala Ghoda district, is a must-visit for lovers of abstract art. Taj Mahal Palace houses 4,000 artworks, which include work by MF Husain (Three Stanzas of the Millennium) in the lobby. It is said that the painter stayed at the hotel for six months. A recently reopened art gallery has been catching the attention of art lovers nowadays. 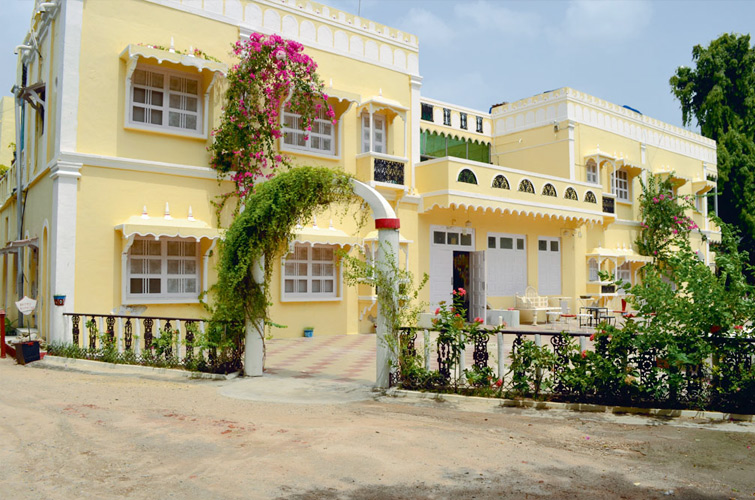 A heritage property owned by the Nawaab of Balasinore, The Garden Palace is an ideal place stay in Gujarat if you are an art lover. Situated in Balasinore city in Kheda district, this magnificent palace offers a glimpse into the riches and the lifestyle of the Nawaabs. Offers 8 well-furnished rooms with high-ceiling roofs, this hotel boasts the classiest décor choice. Right from the corridors to its rooms, the fantastic collection of art works can woo your heart.

We hope, we were able to cover all the major hotels for art lovers in India. However, if you have more suggestions for us, please feel free to convey it to us by commenting below. Rest for inquiry about accommodations in one of these hotels or any other place of your choice in India you can buzz us at +91-9212777223/24 or drop us an email on info@tourmyindia.com. Happy Exploring!