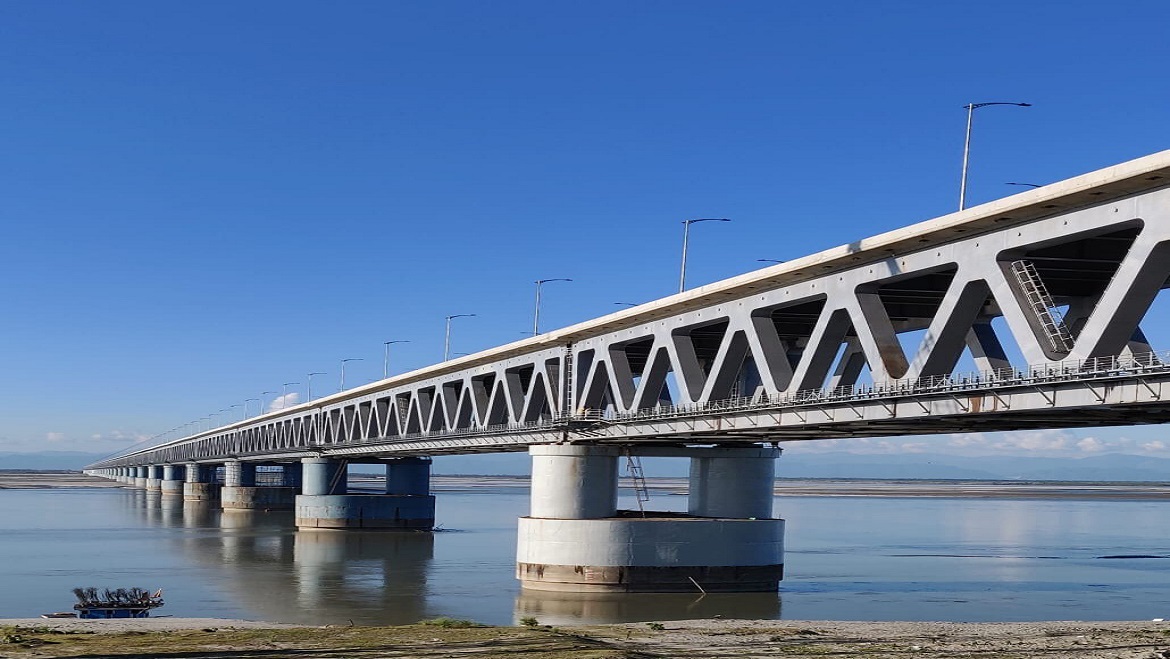 Dibrugarh got the much-needed connectivity to Arunachal Pradesh in the form of Bogibeel bridge. India’s longest railroad bridge, Bogibeel bridge will connect the state of Assam to Arunachal Pradesh. The 4.94 km long bridge, made with a budget of INR 5,900 Crores, the bridge is supposed to boost the military connectivity and operations in North-East India, along with the Indo-China border. Inaugurated by Prime Minister on Tuesday 25th December 2018, the bridge is a gift to the people of North East India, providing better road and rail connectivity to the other parts of India.

Connecting Dibrugarh on Southern bank of Brahmaputra river to Dhemaji on Northern bank of the Brahamputra, Bogibeel Bridge is located near Dibrugarh in Assam.

The Need for the Bogibeel Railroad Bridge

Bogibeel bridge is supposed to reduce the travel time and provide better connectivity to the state of Arunachal Pradesh. Just 20 km from the border of Arunachal Pradesh, earlier crossing of Brahmaputra river through rail was possible only at two junctures. Both the crossings, in the outskirt of Guwahati and Jogighopa in Assam, are both more than 100 km away from Assam-Arunachal border.

The History of Bogibeel Bridge

Constructed by Hindustan Construction Company in collaboration with Germany-based DSD Brouckenbau and VNR Infrastructures, the bridge has been three decades in making. The proposal dates back to Assam Accords of 1985. It was approved in 1997 and the foundation stone was laid by then Prime Minister H D Deve Gowda. The construction of the bridge was inaugurated by former Prime Minister Atal Bihari Vajpayee. The estimated budget of the project is believed to be INR 5,900 Crores.

A Record Worth of Praise

The 4th longest bridge in India and India’s longest rail cum road bridge, Bogibeel bridge is an architectural marvel and it also provides the much-needed connectivity to the state of Arunachal Pradesh. Not just from the tactical point of view but also easing the tourist connectivity and easing the local connectivity, Bogibeel bridge is believed to save a lot of fuel for Indian railways and reducing the travel time. In October, the Centre announced the plan of construction of another 19km long bridge over the Brahmaputra river, from Dhubri in Assam to Phulbari in Meghalaya. The bridge is expected to be completed within 10 years and once completed, three of the country’s longest bridge would be traversing across India’s widest river, Brahmaputra.