Most of Vietnam’s historical part consists of the country’s war with America. Although, it has been 40 years since the war against America has ended and its traces are gradually fading away giving way to the socio-economic development. But amid all the growth and development Vietnam has kept the memories of war in form of War Remnants Museum.  The Museum is must visit destination and attracts half a million visitors each year a painful narrative of what Vietnamese people went through in the past years as they fought for their freedom. Established by the Vietnamese government in the year 1975 the museum was originally called “The House for Displaying War Crimes of American Imperialism and the Puppet Government” but later in 1990, it was renamed as War Remnants Museum.

The museum focuses on researching, collecting, preserving and displaying the consequences and crimes of Vietnam War. The museum is a popular tourist destination in Ho Chi Minh City.  It is also said to be one of most fascinating museums in Asia. In order to attract more tourists, the museum also organizes activities with different topics such as culture and cuisine. Cultural programmes based on the theme of love in war are very popular to the public and on the other hand culinary programs highlight the wartime dishes like rice gravy, tapioca, etc. One can plan a family holiday to war museum and educate their kids about the war or can simply take a backpacking trip and must include the museum in their holiday package. 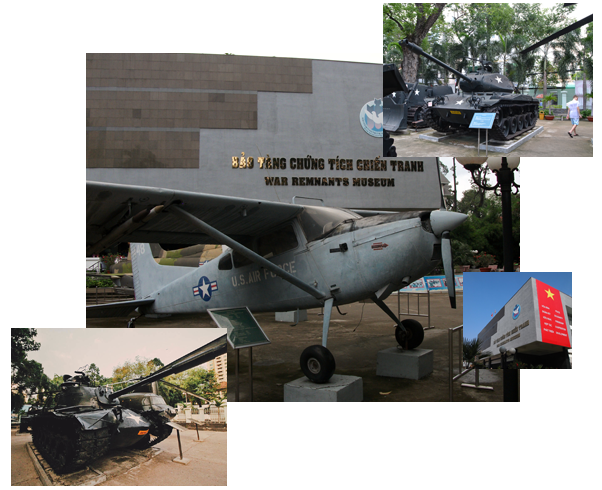