Hoan Kiem Lake or the Lake of Restored Sword in Hanoi is one of the oldest and most visited tourist destinations of Vietnam. The place holds a long history and huge historical context. Here’s how the fable of the lake goes by, many years ago the great warrior of the time during his revolt against the Chinese was boating on the lake when a golden turtle sent by heaven surfaced and requested the emperor to accept the magic sword, so given to him by the Dragon King. The warrior accepted the sword, fought with it and dragged Chinese out of Vietnam. He later gave up the sword and named the lake to honor the event. Joined to the mainland by a red and golden bridge and surrounded by the green water this tourist hotspot has a relaxed vibe, unlike the city.

The place also houses the temple named the Temple of the Jade Mountain. Amid all the chaos of the city, Lake of Restored Sword is the scenic place which makes for one of the most beautiful spots of the city and is the major tourist attraction visited by hundreds of people every day. It is advisable to visit here during sunrise or the sunset, as the beautiful lake lights up during dusk and dawn proving the best opportunity to click some breathtaking pictures. Check out gorgeous attractions like King Ly Thai, Ba Kieu Temple, Hoan Kiem Lake, and To Statue, Memorial House, Hoa Phong Tower, and But Tower while you soak in the picturesque environment. 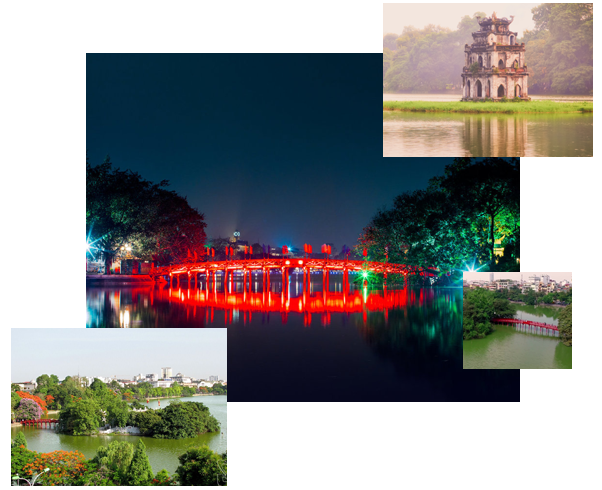