Triyuginarayan Temple: A Wedding Destination in the Himalayas Chosen by the Gods 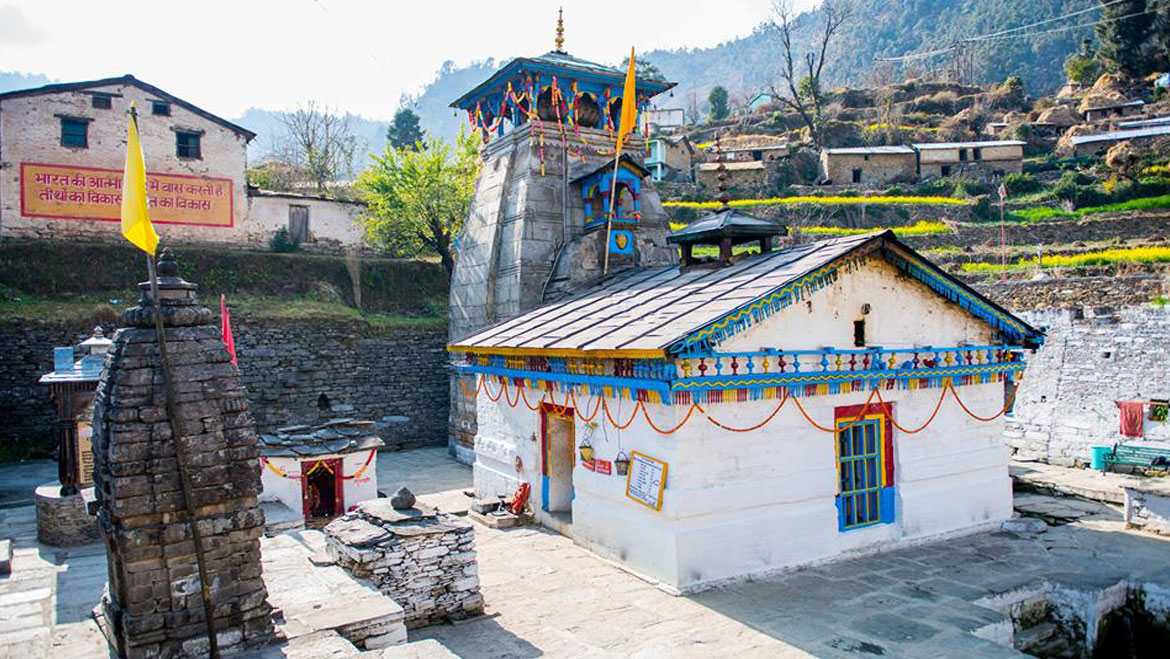 They say, “Marriages are made in heaven,” well they must be because no earthly power can create a divine bond between two people who were once strangers to each other. What would add more to this cosmic affair? A destination that you choose for exchanging vows or tying the knot, as we call it in India. There is indeed an important connection between a wedding and its venue. And with the trend changing year after year, we now stand on a pile of wedding ideas of which obviously, opting for a destination wedding has augmented dramatically. From booking luxurious properties at a royal destination in Rajasthan to an offbeat wedding destination in the woods of some gorgeous hill station to choosing a lesser-known spiritual places like Triyuginarayan right in the lap of Himalayas, we indeed have come a long way. To come to think of it, the idea of tying the knot at a dream like place that is encircled by the mighty snow-capped Himalayas, lush greenery and impeccable peace, couldn’t get any perfect. The thought, that there exists a place in India where Lord Shiva and Goddess Parvati relished a celestial wedding and now the option to get married at the very same destination is open to all, is indeed enthralling. Do you wish to take your wedding plans a step further than others to make your special day unforgettable, then the Triyuginarayan Temple in Uttarakhand is the right wedding destination for you.

A Brief About Triyuginarayan Temple

Tucked away in the Garhwal Himalayas, a remote village that boasts to be the venue of an exalted wedding of Lord Shiva and Goddess Parvati is making rounds in the recent past. Though popularity is not new to Triyuginarayan Temple in Uttarakhand, the sacred shrine is specifically catching the eyes since the state government has decided to promote it as a wedding destination. Yes, this Vishnu temple that has been the witness to the sacred matrimony of the gods has opened its portals for those seeking a sacred Hindu wedding with all the rituals intact. No surprise business tycoon, Mukesh Ambani is also considering Triyuginarayan Temple as the venue for the wedding of his son Aakash. Yes, the temple is drawing the attention of the rich and the famous as well. Let us go in details to figure out what makes Triyuginarayan an appropriate wedding destination, and why it is suitable for international couples as well.

15 Historical Places to Visit in Uttarakhand

Triyuginarayan as a Temple

Situated some odd 12 km from the famous Hindu temple of Kedarnath, Triyuginarayan stands as the landmark in the village of the same name in the Rudraprayag district of Uttarakhand. The architecture of Triyuginarayan resembles that of Kedarnath and is said to have been built by Adi Shankaracharya as well. Also known as the Akhand Dhuni Temple, Triyuginarayan’s uniqueness resides in the fact that a perpetual fire has been burning in the courtyard of this temple from three Yugas/eras (Sat Yuga, Treta Yuga, and Dwapar Yuga) if the Hindu mythology is to be believed. The fire is said to have been lit on the wedding day of Lord Shiva and Parvati and ever since has not been extinguished.

There’s a 2 ft tall silver idol of Lord Vishnu (Narayan) along with idols of his consort Goddess Laxmi and the Goddess of music and learning, Saraswati. In the courtyard of Triyuginarayan Temple is the stone or shila that marks the exact spot where the sacred wedding of Lord Shiva and Goddess Parvati took place. The temple courtyard is also the source of a stream that fills four large ponds in the vicinity – Rudra Kund (for bathing) Vishnu Kund (for cleansing), Brahma Kund (for sipping), and Saraswati (for offering libations).

Triyuginarayan according to Hindu Mythology 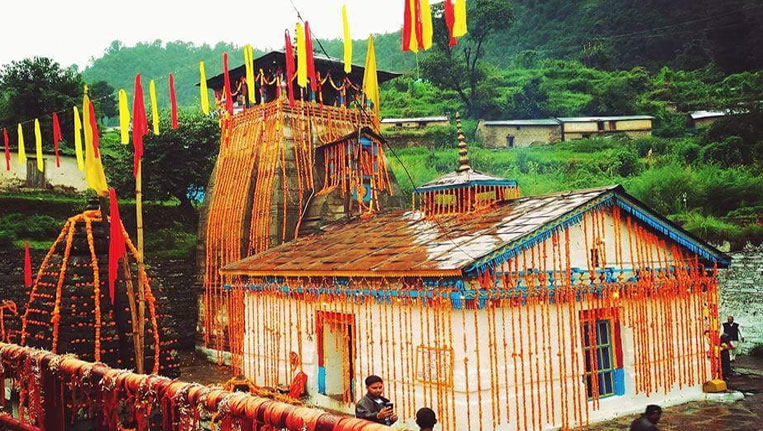 As mentioned above, Triyuginarayan is revered primarily because of the fact that it was a chosen wedding destination of Lord Shiva and Goddess Parvati. According to Hindu mythology, Parvati practiced penance to please Lord Shiva at Gaurikund, situated a short distance away from Triyuginarayan. Later Lord Shiva proposed Goddess Parvati at Guptkashi for marriage that took place at this holy destination, which was also the capital of Himavat, the father of Goddess Parvati. The sacred ceremony was formalized by Lord Vishnu himself and was witnessed by entire Hindu pantheon who also took a dip in three out of the four ponds here. The ashes from the perpetual fire burning here are considered holy and are taken back by the devotees for conjugal bliss.

Ten Ways Wedding Planner Can Make Everyone Happy During the Wedding

Weddings of Celebrities and VIPs in Triyuginarayan Temple 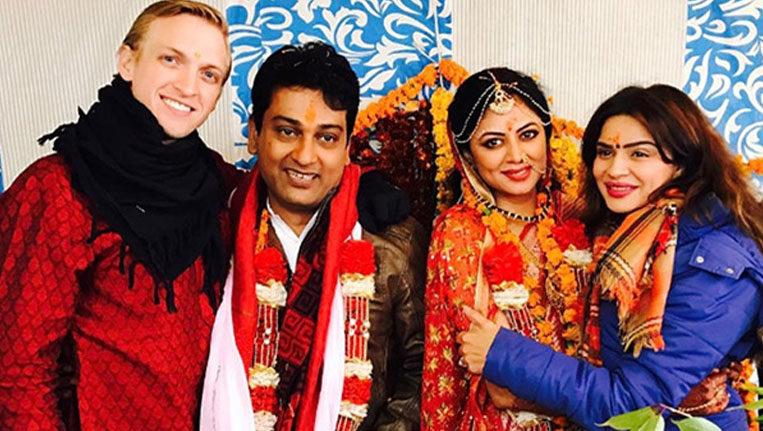 Few celebrity weddings and of VIPs like that of TV actor Kavita Kaushik of the fame, FIR; Ghaziabad’s IPS, Aparna Gautam; and Nainital’s ADM, Lalit Mohan also took place at this one of the best religious wedding venues in India. However, it is apparent that the wedding of Mukesh Ambani’s son would be a milestone in the state’s tourism history.

The state has not only opened the avenue for those couples looking forward to a destination wedding in Uttarakhand but has certainly found a way to promote the state’s rich culture and tradition. Along with providing a sacred venue to be tied in the bond of marriage, the state is all set to offer wedding planning services at Triyuginarayan.

How to Reach Triyuginarayan Temple?

If the wedding bells are about to ring for you, and you are looking forward to a destination wedding that is unlike any other, then Triyuginarayan Temple, right in the lap of Garhwal Himalayas is the place for you. You can contact us at Tour My India for more details as well as for wedding planning in Triyuginarayan. Give us a call us at +919212777224 or drop us an email at info@tourmyindia.com. We can provide you with the best holiday deals and solve your travel and destination wedding issues.