Add Another Adventure to Your Spiti List: Snow Leopard Sighting Increases in the Valley 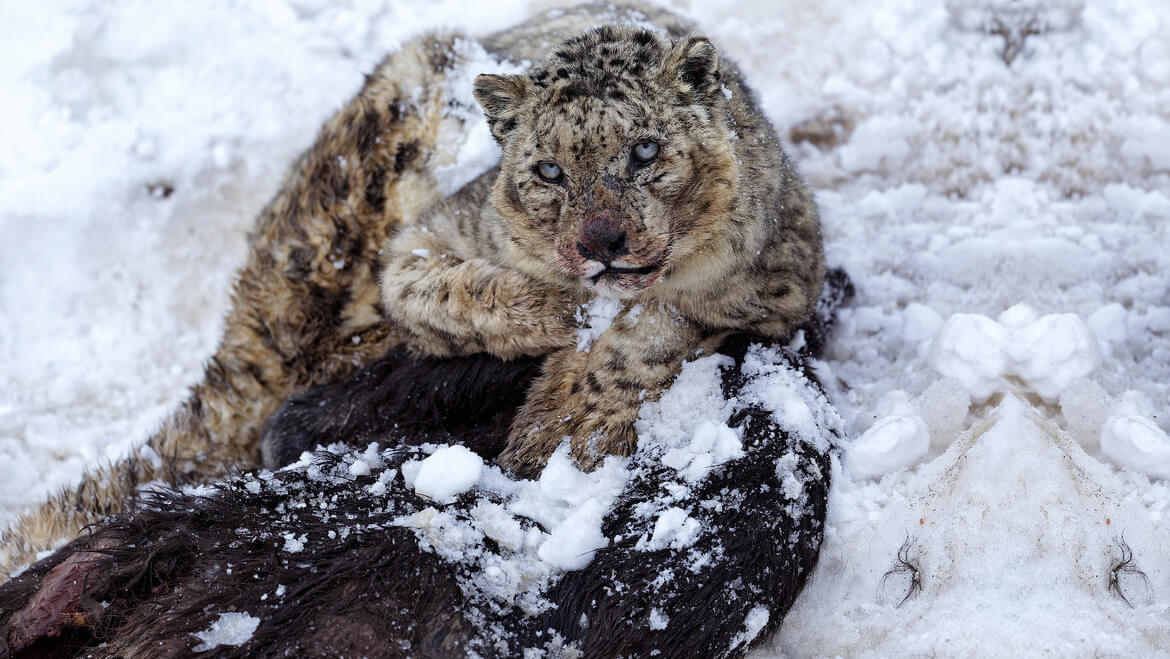 One of the most exotic yet elusive animals of the wild, Indian snow leopard is usually found in the upper Himalayas. But spotting them is the most tricky part as the animal has managed to avoid human contact, whatsoever. But in recent times, there has been an increase in snow-leopard sighting in Spiti valley in Himachal Pradesh. What’s even more surprising is the fact that they are now being spotted in pairs.

The snow leopard is a mountain species native to Central and South Asia. It is listed as vulnerable on IUCN Red List of Threatened Species. The total global population of the species was estimated to be less than 10,000 with a predicted decline of 10% in the next 23 years. They are usually found at an elevation of 3,000m to 4,500m above sea level. They are an endangered species in India and are on a constant move, which makes tracking them almost impossible.

Spiti is one of the major hotspots for adventure travellers, who seek solace amidst the wilderness of nature. For those travellers, Spiti has got another hidden gem- snow leopard sighting. For the past many years, travellers have been visiting Spiti, hoping to catch a glimpse of these exotic animals, but predicting their movement is next to impossible. But recently, there have been multiple instances of leopard sighting in the mountains. The rate of snow leopard spotting has increased to 50%, which is the highest in the world. The locals have been acting as their guardian angels, protecting them and learning to co-exist.

Devender Singh Chauhan, Wildlife Range Officer of Spiti said that he has spotted two pairs of this species in past few days. Other animals like Red Fox, Wooly Hare, Himalayan Tahr and Himalayan Bluesheep have also found a safe haven in Spiti.

In 2016, the global population of this species was estimated to be between 3,920 to 6,390. The major reason for the leopard population decline is attributed to human intervention. From poaching to destroying their habitat, there are many reasons and we will discuss each in detail.

Reasons for the increase in snow leopard sightings in Spiti Valley 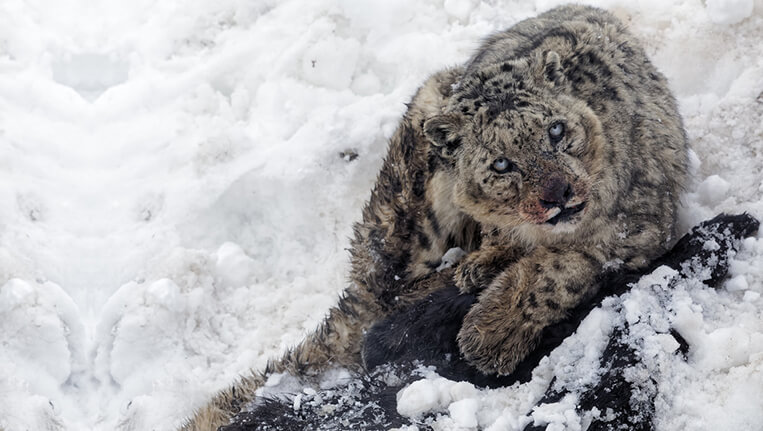 Last year it was reported that Kibber Wildlife Sanctuary in Spiti is home to around 30 big cats. With numerous cubs spotted in the sanctuary, it was believed that they have found a safe haven in Spiti. The officials also hoped that they would be able to track more snow leopards in future. Well, their optimism is proven true as more and more snow leopards are being spotted in the valley. The officials credit the heavy snowfall as the major reason why the sightings have increased. Last year, North India received very less snowfall but this winter season, Spiti valley received first snowfall in the month of October.

The heavy snow has allowed these animals to descend to lower altitudes. Another reason is that the conservation policy has ensured that these creatures are well-protected in this area. With the support of locals of the village, officials have managed to preserve the population. This has meant that there is an increase in the total population, ensuring a better chance of spotting.

It was a well-known fact that snow leopards exist in Spiti but with almost zero sighting, it was hard to prove that. But with an increase in sightings, more and more tourists are heading to Spiti to witness this majestic creature.

It is being reported that tourists are paying extra money to locals to take them to the spot where the chances of snow leopard sightings are high. Protecting the environment and wildlife has proven to be a blessing to for locals as the economy is growing in the Spiti Valley.

What lies ahead for the big cats?

The census for snow leopard is due until 2021, after which we will have a clear picture of the total population of this species in India. In the meantime, the officials and forest rangers are on guard, protecting the endangered species in India. The conservation policy and stricter conviction rate of poachers in recent time have shown a positive impact. Officials hope to curb down the cases of poaching in Himachal Pradesh.