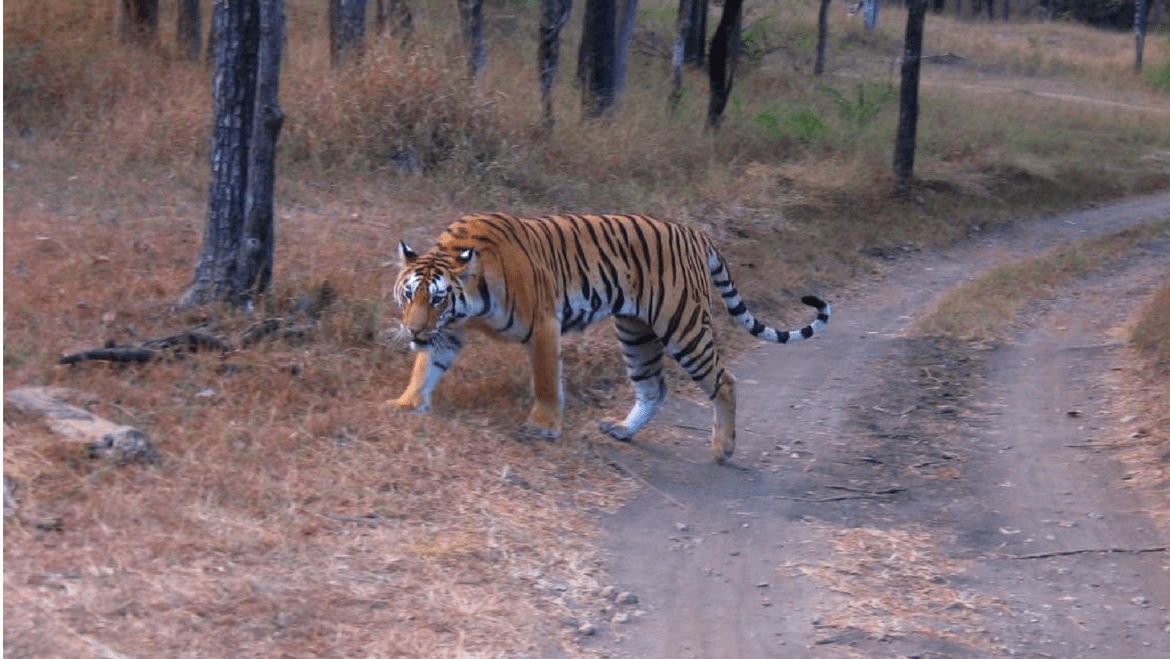 West Bengal is a potpourri of highly diversified history, culture and nature. From the slopes of the Lesser Himalaya to the Deltaic Islands in the mouth of the Ganges, the state contributes a vast biosphere that is rich in flora and fauna and also comprises of several tribal communities. In the north with the influence of the Lesser Himalaya and several water bodies, the region has flourished as one of the major ecotourism destinations in India, whereas South Bengal with its extreme network of river channels and geographical features in the Deltaic region is famed for hosting the largest mangrove forest in the world. To preserve its rich biodiversity opposing to deforestation and poaching the Government of India has developed several national parks, wildlife reserves and sanctuaries across the state… making West Bengal a safe haven to varied species of mammals, reptiles, birds, plants, vertebrates and amphibians.

Here is a comprehensive list of 12 popular national parks and wildlife sanctuaries in West Bengal:

Spread over an area of 2,585 square kilometers including 54 small islands and crisscrossed by several tributaries of the Ganges, the Sundarban National Park is home to a variety of birds, reptiles and invertebrate species, including the salt water crocodile. Influenced by the innumerable watercourses and located in close proximity to the Bay of Bengal, the ecogeography of the Sundarban National Park is totally dependent on tidal effects that result in the creation of new islands and creeks by silt deposits. Mudflats, which are a unique feature on these deltaic islands, are the right environment for mangroves. The Sunderban National Park is famed for its vast area of mangrove forest and the Chargheri Char area, which is a mudflat region and open for tourists during low tide, is an ideal place to explore the wilderness. It is also the best place to sight some aqua fauna species like Sea Anemones, Horseshoe Crabs and small Octopuses. Meanwhile, the Royal Bengal Tiger is usually spotted on the river banks, especially between November and February. The park also houses other endangered species like River Terrapins, Olive Ridley Turtles, Gangetic Dolphins, Ground Turtles and Hawk Bill Turtles. Some other common species that can be easily spotted in the park are pythons, king cobras, rattle snakes, chequered kill backs, monitor lizards, and estuarine crocodiles amongst the reptiles; shipping frogs, tree frogs, common toads, king crabs and star fish amongst the fish and amphibians; whistling teals, kingfishers, seagulls, sandpipers, doves, woodpeckers, golden plorers, little stints and many more amongst the avifauna; and chital, pangolin, Indian grey mongoose, fishing cats, leopard cats, jungle cats and flying fox amongst the animal species. The only means of exploring the park is to by boat, down the river channels. 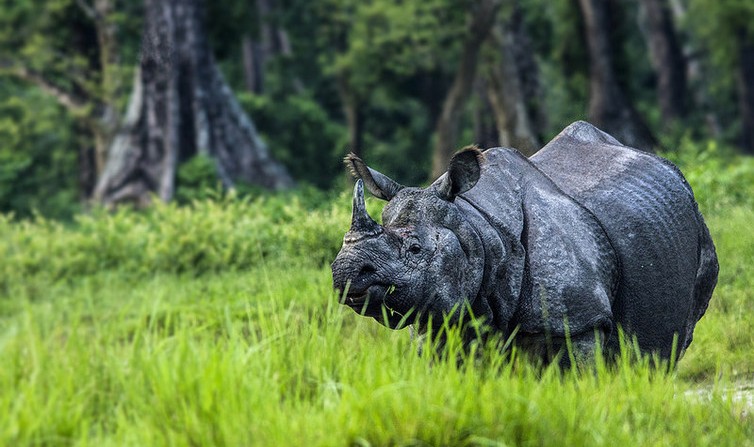 Home to the Indian one-horned rhino and elephants, the Jaldapara National Park in the foothills of the Eastern Himalaya and on the bank of the Torsa River is one of the newly built national parks in India. The forest spreads across an area of 217 square kilometers and is dotted with tall elephant grasses and reverine forests. The Jaldapara National Park is a haven for bird watchers with the rare Bengal Florican being the major attraction amongst the bird species. Some other bird species that are spotted in the park are Crested Eagles, Pallas’s Fish Eagles, Finn’s Weavers, Peafowls and Partridges. The Pied Hornbill is yet another rare bird species that you might spot here, but only if you are lucky enough. Nonetheless, reptiles like Pythons, Monitor Lizards, Kraits, and Cobras are some common sights. Some of the common animals found in Jaldapara National Park are Sambar Deer, Barking Deer, Spotted Deer, Hog Deer, Wild Boars, and Bisons.

Must See National Parks and Wildlife Sanctuaries in India

With the influence of the Jaldhaka River, Murti River, and Raidak River, the Gorumara National Park forms a major watershed between the Ganges and Brahmaputra River systems. Located in the Dooars region in North Bengal and spreading across 80 square kilometers, the park mostly comprises rolling forests and riverine grasslands housing different species of mammals, birds, reptiles, turtles, fish and other macro and micro fauna. The common animal species that can be sighted are Gaurs, Asian Elephants, Sloth Bears, Chital, Sambar Deer, Barking Deer, Hog Deer, and Wild Boars. The Indian Rhinoceros, Pygmy Hog and Haspid Hare are some of the endangered species found in Gorumara National Park. Amongst the bird species, Brahminy Duck and Indian Hornbill remain the major attraction. The Gorumara National Park is also home to a large number of snakes, including Pythons and the King Cobra. The best way to watch wildlife at the park is from the numerous watch towers – Jatraprasad Watch Tower, Rhino Observation Point, Chandrachur Watch Tower, and Chuchuki Bird Watching Point. One can even pay a visit to the nearby Budhuram Forest Village for a live show of the ethnic tribal dance and music.

A paradise for nature lovers and trekkers, the Neora Valley National Park in Kalimpong comprises a rich ecosystem that consists of a wealth of flora and fauna, lush green valley, meandering rivers with snow clad mountains in the backdrop. Spread across 88 square kilometers with elevations ranging from 1,500 meters to 3,000 meters and fed by the Neora River, the park is home to several endangered species like Leopards, Red Pandas, and Musk Deer. Other animal species include the Black Bear, Sloth Bear, Golden Cat, Leopard Cat, Goral, Barking Deer, Sambar and Himalayan Flying Squirrel. As the park has a varied topography, one can spot several bird species at different altitude levels including Rofus-throated Partridge, Crimson-breasted Woodpecker, Golden-throated Barbet, Brown Wood Owl, Mountain Hawk Eagle, Chestnut Headed Tesia, Babblers, Dark-breasted Rosefinch and many more. Amongst the reptiles the King Cobra, Green Pit Viper and Lizards are quite common. The Neora Valley National Park also comprises other tourist attractions like Tiffin Dara and Red Panda Camp.

One of the popular national parks in the Indian Himalayan region and located in Darjeeling district of West Bengal, Singalila National Park is well known for the trekking route to Sandakphu- Phalut that runs through it. The Park covers a vast area that stretches from an altitude of 1,800 meters to 4,000 meters (approximately) and falls in the Indo-Malaya eco-zone housing thick bamboo, oak, magnolia and rhododendron forests. It is also an abode of several wild orchids including the poisonous Himalayan Cobra Lilies. The forest trail starts after crossing Meghma and goes through Tonglu, Giribas, Kala Pokhri, Sandakphu and Phalut. The Singalila National Park has a large concentration of mammals, birds and reptiles. The most commonly sighted mammals include the Leopard Cat, Barking Deer and Pangolin. Endangered animal species like Red Panda, Himalayan Black Bear and Leopards are also found in the national park. The Scarlet Minivet, Kalij Pheasant, Blood Phesant, Satyr Tragopan, Rofus-vented Tit and Golden-breasted Fulvetta are some of the bird species that are spotted throughout the forest trail. The best time to visit the Singalila National park is during the summer and winter.

With an extremely bio-diverse ecosystem representing the highly endemic Indo-Malayan region and comprising a part of the Terai Eco System, the Buxa Tiger Reserve lies close to the international border and shares boarder with Bhutan. It encompasses as many as eight forest types and covers an area of 117 square kilometers housing some of the rare species of animals and birds like Tigers, Asian Elephants, Leopard Cats, Bengal Floricans, Regal Pythons, Hispid Hares, Hog Deer, Slender-billed Vultures, Great Hornbills and many more. Some of the common animal species that can be easily captured are Gaur, Wild Boar, Sambar, Civets, Chital and Elephants. Amongst the bird species the Wagtails, Common Teals, Black Stork, Large Whistling Teal and Minivets are easily spotted. Some other attractions in Buxa Tiger Reserve are Buxa Fort and Mahakaleshwar Jyotirlinga Temple.

Located in the Sundarban Wildlife Reserve, the Lothian Island Wildlife Sanctuary is spread over 38 square kilometers and is home to Estuarine Crocodiles, Olive Ridley Sea Turtles, Spotted Deer, Jungle Cats and Rhesus Macaque. The wildlife sanctuary is located at the confluence of the River Saptamukhi and the Bay of Bengal.

15 Most Popular Weekend Getaways from Kolkata

It is one of the smallest wildlife sanctuaries in India that is located in the Deltaic region of West Bengal. It mainly comprises Wild Boar, Barking Deer, Spotted Deer and Monekys.

Home to Spotted Deer, Common Langurs and Black Bucks, the Ramnabagan Wildlife Sanctuary in Burdwan district is fast emerging as one of the prominent weekend getaways for several wildlife enthusiasts and nature lovers.

Summer Destinations to Visit with Young Kids in India

A paradise for bird lovers, the Rasikbil Bird Sanctuary houses several species of birds including Cormorants, Storks, Ibis, Spoonbill, Kingfisher, Parrots and many more. Other attractions include a large aquarium, Deer Park and Crocodile Rehabilitation Center.

Famous 25 Places to See in Darjeeling

One of the oldest wildlife sanctuaries in India that is located in the Darjeeling district, the Senchal Wildlife Sanctuary covers an area of 39 square kilometers and ranges from an elevation of 1,500 meters to 2,600 meters. The sanctuary is home to many common animal species like Rhesus Monkey, Assam Macaque, Himalayan Flying Squirrel, Barking Deer and Wild Boar. As for endangered species found in the sanctuary, the prominent ones include the Leopard, Jungle cat and Himalayan Black Bear. It also houses several bird species as well.

Wildlife tour in West Bengal absorb the interest of several wildlife enthusiasts from all over the world. It allows you to interact to a community of organisms with their physical environment that contributes a large part in Indian ecotourism. So get hold of time and exuberance and pack up for a wild holiday in West Bengal.