Pench National Park Rejoices with an Increase in Tiger Population 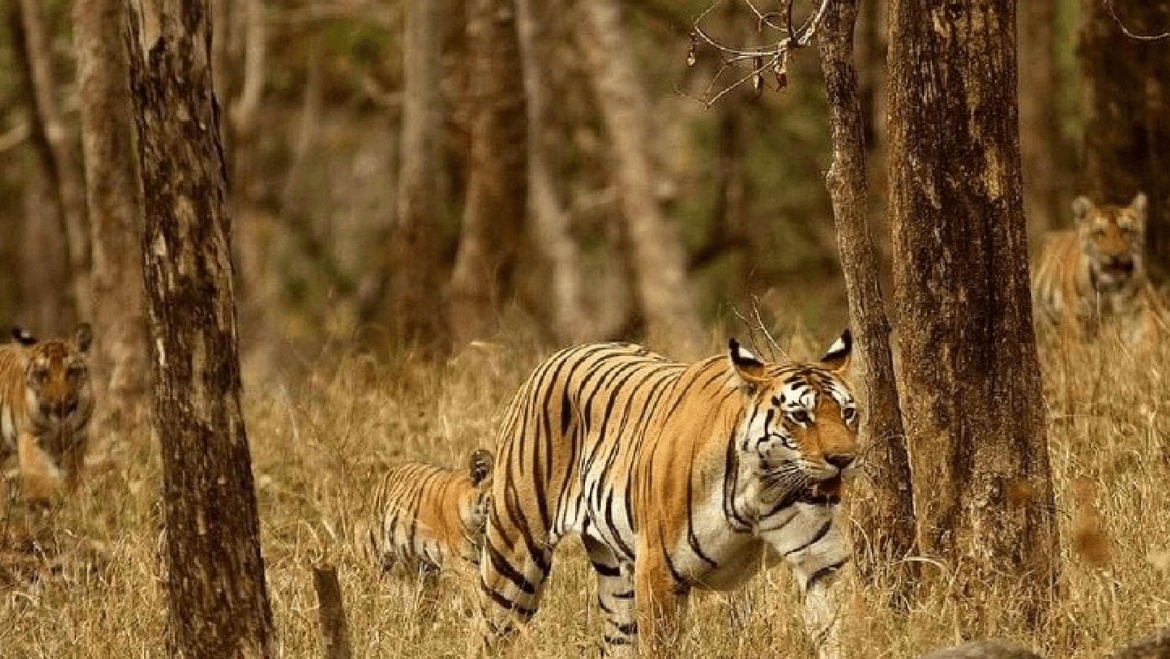 Pench National Park in Madhya Pradesh happily revealed the rise in the number of Royal Bengal Tigers to 44 compared to 31 in 2016. This estimation exercise conducted jointly by Wildlife Conservation Trust (WCT) and Pench Tiger Foundation was held in January 2017 where an upsurge in the number of tigers was recorded in East Pench (Sillari), Chorbahuli, Saleghat and Deolapar areas of Mansinghdeo Sanctuary, and Paoni and Nagalwadi.

However, the given count also includes few tigers that have died since estimation exercise, on the other side, the number of tiger cubs, which are reckoned to be around 7 or 8 remains excluded. Since January 2017, when the census was underway, Pench has lost four tigers, out of which two died in territorial fights. It is being believed that of the 44 tigers inhabiting in the national park, 22 are males and 22 are females.