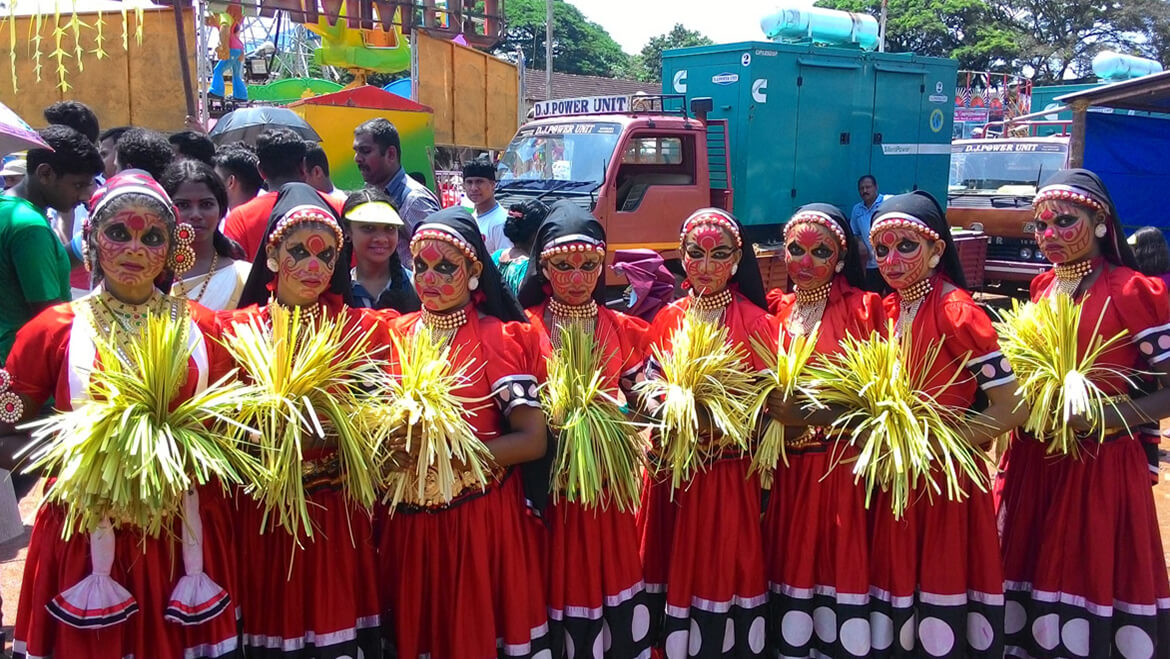 “To celebrate a festival means: to live out, for some special occasion and in an uncommon manner, the universal assent to the world as a whole” – Josef Pieper.

There is something celebratory about the months of monsoon season in India. On a cultural and religious level, there is so much more about the season to fall for. While the rains bring the anticipated respite from the sweltering summers, it also becomes the reason to celebrate many religious and folk festivals across India. And since a lot has been written and spoken about popular monsoon fairs & festivals, I decided to unfold some lesser-known monsoon fairs & festivals in India which are equally interesting and rich in culture. So, let us begin with our less popular monsoon festivals in India blog, now. 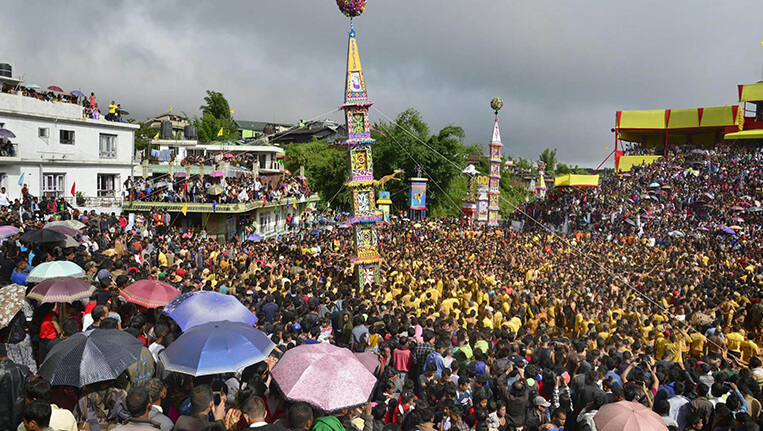 Celebrated in the Northeastern state of Meghalaya, Behdienkhlam is an important festival of the Pnar Tribe. This monsoon festival in Meghalaya is observed for three days right after the agriculture sowing is over. The term ‘behndien’ means to drive away with sticks whereas, ‘khlam’ refers to the plague. Hence, the literal meaning of ‘Behdienkhlam’ is driving away from the negative forces that may affect the crops.

The main highlight of this festival in Meghalaya is the ritual where the young men perform a symbol gesture and dance in a pool full of mud. Besides, a large procession of chariots is another highlight of Behdienkhlam festival. To make the festival more interesting, a football match is organized and the winners get the bumper harvest. 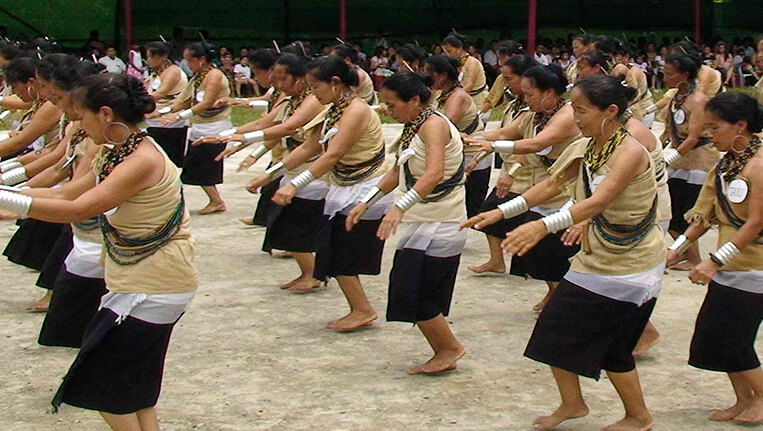 Celebrated in the state of Arunachal Pradesh, Dree Festival is an agricultural festival celebrated by Apatani Tribe. In this festival, prayers and sacrificial offerings are made to commemorate the god of agriculture. Along with that, traditional dances, folk songs and other cultural programs can also be witnesses in the celebration of Dree Festival. One of the key attractions of the festival is the ‘Mr Dree’ contest which gives the young men a platform to make their names through its strength, agility and intelligence. 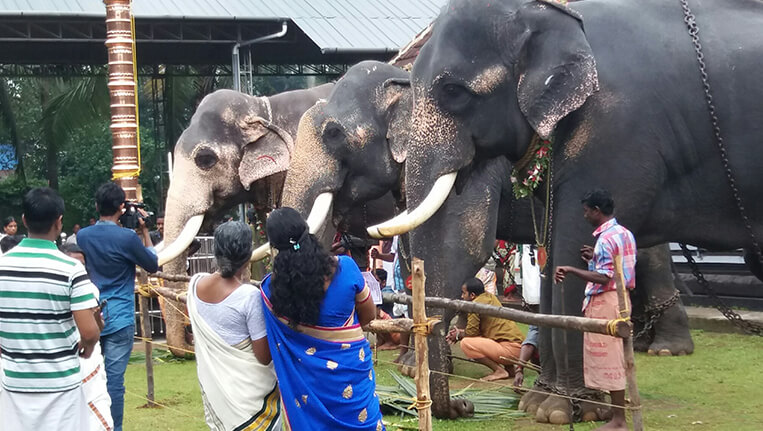 More than a festival, Njangattiri Aanayoottu is a grand ceremony celebrated in the state of Kerala. During the festival, a special feast for elephants is prepared. This ritual is observed at Njangattiri Bhagavathi Temple at Pattambi in the Palakkad district of Kerala. The term Aanayoottu itself means ‘feeding of elephants. These giants are beautifully decorated and are lined up in a row in the temple premises. This entire ritual is observed to please Lord Ganesha. In Hindu mythology, feeding elephants is considered auspicious.

Where: Njangattiri Bhagavathi Temple in Kerala 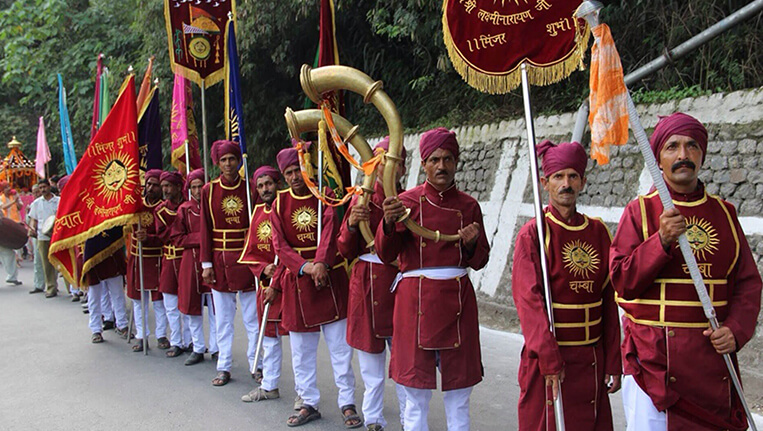 In the district of Chamba, Himachal Pradesh, Minjar Fair is a fun fiesta celebrated with the love and ardour. This August fair in Himachal Pradesh comes as a welcome break for the locals as well as tourists who throng the region during this time. Not just this, Minjar Fair is also known to add the zest in the ethnic spirit of the region. The name Minjar derives from the maize flower. This week-long fair begins with the Minjar flag hosting in Chowgan. During this time, the entire town of Chamba becomes vibrant as the locals wear colourful attire. Along with that, various cultural and sports programs are also organized to make this cultural fair in India even more exciting.

A large procession of the deities which is accompanied by locals in their traditional attires, drum beaters and dance troupes is the major attraction of Minjar Fair. The procession starts from the Akhand Chandi Palace and reaches to its destination near the Police Lines Nalhora. A unique and fascinating ritual is also observed at this festival where the chief guest performs an immersion ceremony. In this ceremony, coconut along with seasonal fruit, a rupee and Minjar (silk tassel) tied in a red piece of the cloth are offered to the river. Followed by this, the locals perform the same ceremony and offer their Minjar to the river.

Guide to the Must See Festivals in Himachal 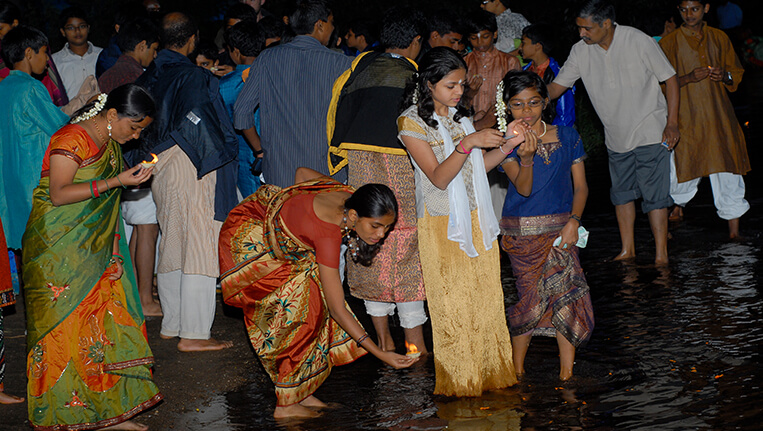 Also known as Aadi Monsoon Festival, Aadi Perukku is celebrated by the Hindus of Tamil Nadu. The festival of Aadi Perukku is more like offering thanksgiving to nature. It falls on the 18th day of the Tamil month – Aadi. Since the month of Aadi is said to bring the monsoon season in Tamil Nadu, the time is ideal for planting and sowing of seeds. Therefore, this festival is a symbol of fertility, peace and prosperity. To mark this pious occasion, mother nature is worshipped in the form of Amman deities.

Locals make ‘kolam’ – a physical manifestation of the festival, in front of their house. Along with that, a special puja is offered to the deities. The prayers are also offered to the natural forces and water force in the region. Followed by all this, payasam (a traditional sweet dish), puliyodharai (tamarind rice) and lemon rice are prepared as the ritual fares. The evening is spent by the river offering prayers and eating their preparations. One of the key highlights of this festival is folk songs that are sung by the locals while celebrating the festival. Aadi Perukku is one of the most beautiful religious festivals in India to be a part of. 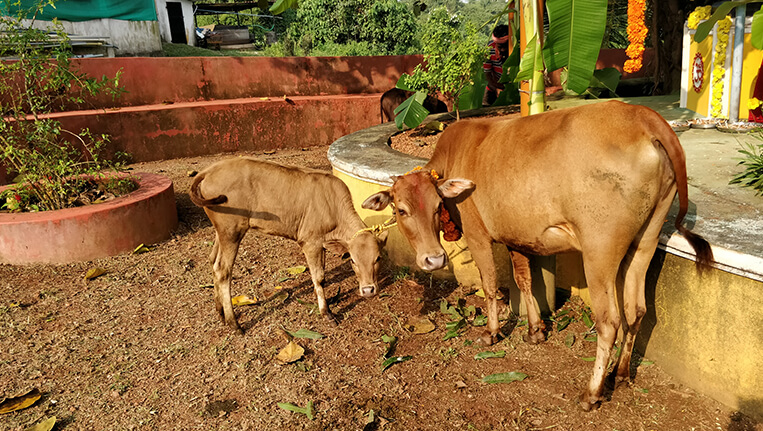 An agricultur festival in Chhattisgarh, is Hareli. The term ‘Hareli’ derives from the Hindi word ‘Hariyali’ which refers to the abundance of greenery. The festival falls on the new moon day of the Hindu month of Shravana Amavasya. Since it is a festival of crops, Hareli is more like Onam Festival of Kerala. On this pious day, farmers worship their cows, farm equipment and other livestock. To celebrate the occasion, farmers put leaves and branches of Bhelwa tree in their farms. Along with that, they also pray for prosperity and good fertility in the coming harvest season. Gedi, which is a race, is one of the key highlights of this festival. Children can be seen participating in this race.

40 Most Unusual and Uncommon Festivals and Events in India 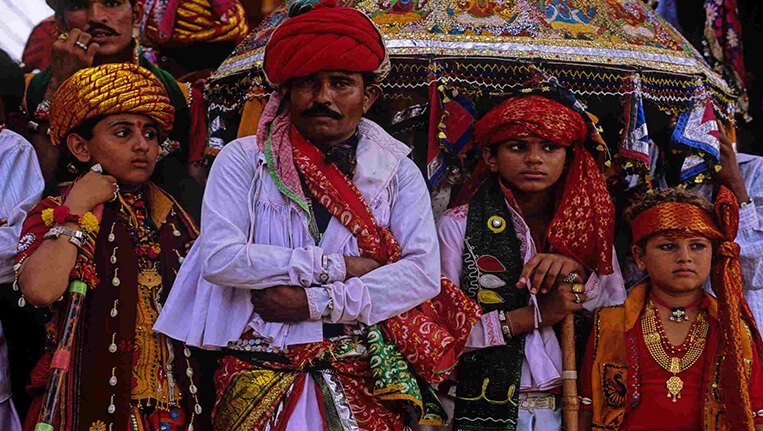 Gujarat is indeed reckoned amongst the ideal monsoon retreats in India. And if you wish to visit the state in the season, especially in September, then Tarnetar Fair should be in your Gujarat itinerary. Tarnetar Fair proffers a riot of colours, music, culture, romance and much more! This fair is held near the temple of Trinetreshwar Mahadev.

Originally, the Tarnetar Fair was the place for searching an ideal life partner by the surrounding tribal communities. However, with time, changes have occured. In this fair, you can witness magic shows, traditional music, tribal dance, thrilling stunts, and enjoy camel rides and much more. One of the key highlights of this festival is the merry go round – a ride which is exciting and enthralling in itself. Local food and handicrafts make this festival even more exciting. 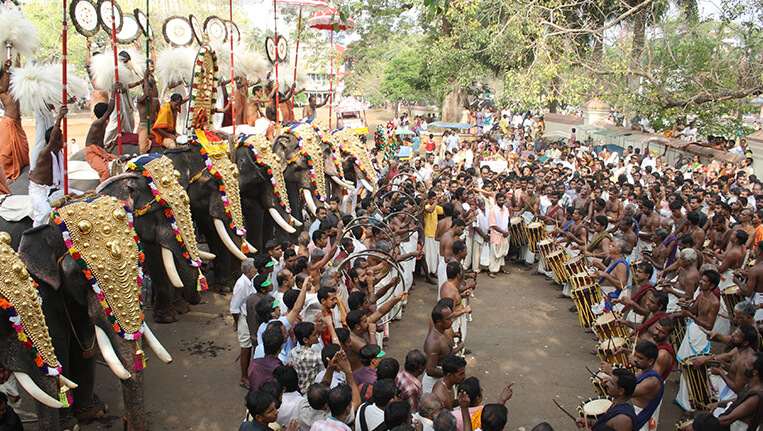 Want to be a part of the beautiful culture of Kerala? Well, then the Athachamayam Festival is the best time to do so. It is a cultural festival which gives you an opportunity to be witness Kerala’s all form of arts, well mostly. It marks the beginning of the famous Onam Festival. The street parade is one of the key highlights of this festival which accompanies the decorated elephants.

In Athachamayam Festival locals can be seen performing their traditional dances in their traditional outfits. Other highlights of this festival are the elephant rallies and tableaus that beautifully showcase the traditional art form, culture and traditions of the state.

Listed Here are the Must See Fairs and Festivals of Kerala 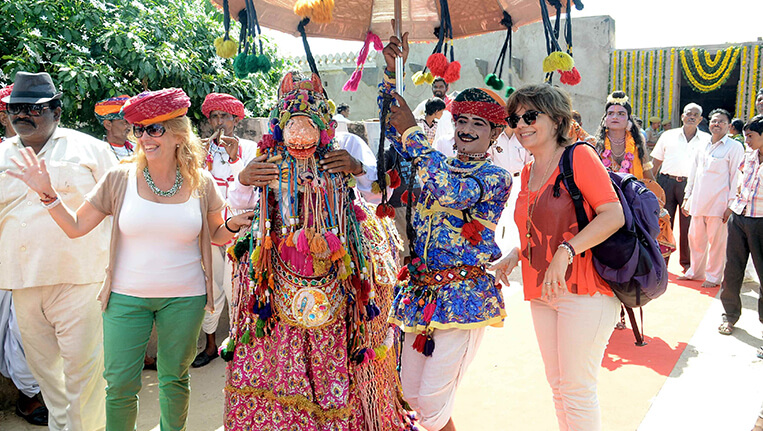 If you wish to explore the culture and heritage of Rajasthan, then it’s ideal to visit the state in September when Abhaneri Festival is celebrated in Abhaneri Village in Dausa district. Celebrated with an aim to promote the diversity, richness and vibrancy of Rajasthan’s culture, this lesser-known monsoon festival in North India is an opportunity to see folk performances like Kachhi Ghodi dance, Langa singing and Bhawai Dance. Along with that, puppet shows are also hosted.

A festival is Rajasthan is not complete without the exhibition of the traditional art and craft which can also be seen at Abhaneri Festival. With cultural evenings, street plays and other cultural programs, a visit to Abhaneri Festival is a perfect way to enjoy the best of your monsoon holiday time in Rajasthan. Besides, a village tour on camel carts is one of the not-to-miss things here in Abhaneri Festival.

If India’s traditions, cultures and heritage are something in which you find your interest, a visit to these festivals with your gang is all you need in this coming monsoon season. You can choose us to plan your trip to any of these festivals. For that, you can either email us on info@tourmyindia.com or give us a call at +91-9212553106. Keep coming back to our website as we have amazing blogs lined up for you.