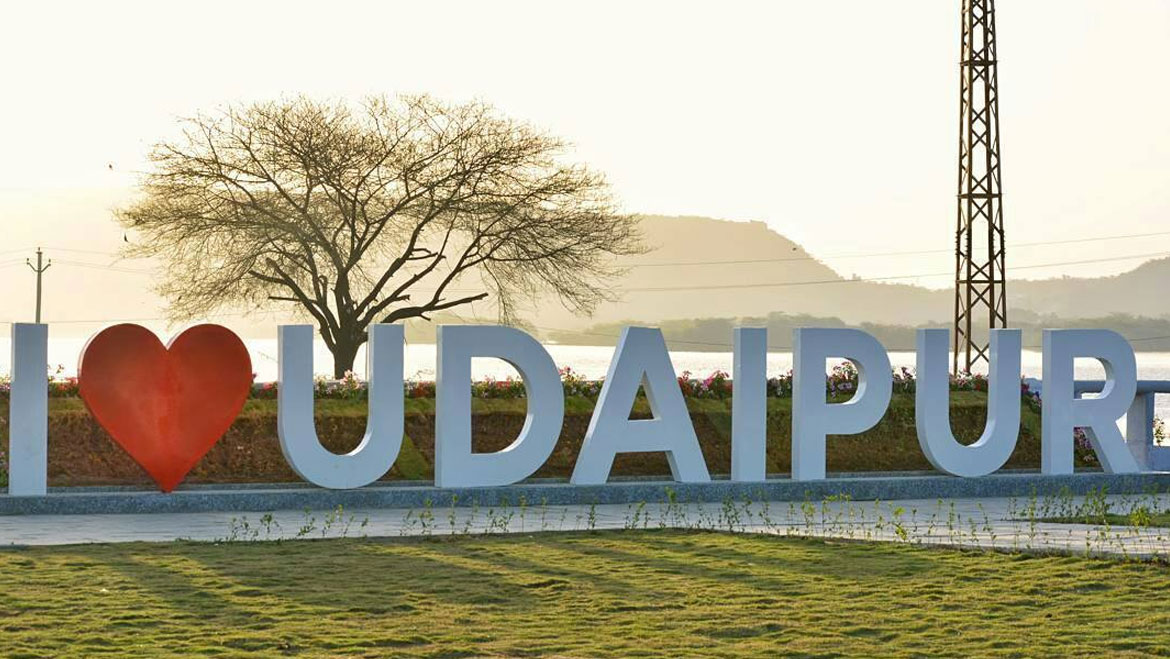 From a city like Delhi when you are looking for an exciting gateway close to your door and hit the roads leaving behind all grievances, it is none other than valuing a fun trip that not only lies in exploring little bit of India at a short span… its vibrant culture and rich heritage but also in pampering oneself on an exhilarating road trip and various adventure activities! Yes one gets all these in an itinerary as wholesome as Delhi, Jaipur, Pushkar, Udaipur and Rishikesh. From the majestic palaces, massive forts, vivid markets, and indigenous culture to winding roads across the Aravalli, silent lakes, and wildlife… this is the ultimate tour that can bring a change once and for all. And what else? An elephant ride in Jaipur, visiting the sacred town of Pushkar, boating in Lake Pichola in Udaipur, white water river rafting in Rishikesh, and living some memorable moments like the Maharajas… every piece of activity is in this tour bag.

Delhi definitely doesn’t restrict itself to any particular season as it remains electrifying and attractive all through the year; it is adorned with monuments everywhere blowing trumpets of celebrations throughout the year. The city of legends and patriotism will offer you the warmest of reception through some band baja and yummy oily, tasty street food. It is difficult to get the best of Delhi in a short span but can be managed with a little bit of prudence:

Following would be the best itinerary for this trip. Lets start with Delhi:

Arrive at Delhi airport and move to the hotel. Gear yourself up with some rest and North Indian food. Accumulate some potential energy, for the next few days you will be rolling on the wild horse of the kinetics. On your way to the hotel, the auto rickshaw driver or the taxi driver might successfully lure you to the attractions of the city. Listen, imagine and stack the descriptions in your check list.

Delhi is clearly divided in two halves-one, Delhi is full of congested apartments, narrow confusing alleys, busy markets with items of the entire country. This is mainly a merchandising zone and thronged by people, who move in and out of the city with their selling items. The Chandni Chowk market which is almost as famous as the other important monuments of Delhi is one happening place of Old Delhi. It might not be as colorful as shown in Kabhie Khushi Kabhi Gham or Rab de Bandi Jodi but it is an engaging market where an impulsive shopper might end up becoming a pauper.

Next is the beautiful rubicund architecture of immense historical relevance, the Red Fort, which is honored as a National Heritage in 2007.It is considered to be the best manifestation of creativity under the reign of Shahjahan. Red Fort has been bestowed with worldly importance by virtue of the fact that the honorable P.M hoists the flag of India from here on Independence Day

Get a little bit retrospective about the efforts of the patriots and heroes of our country as you visit Raj Ghat, where the funeral rites of the Father of the Nation, Mahatma Gandhi were performed.

The Humayun’s Tomb and the Qutub Minar will capture your attention with their potential stories of the then Mughal Empire and how beautifully they depict the wishes of the kings leaving a permanent mark on the city through the well built tomb and the lengthy and proud Qutab Minar.

Get back to the hotel and spend the night before the journey to the next destination, which is Jaipur, starts.

The “pink” city is actually more than just pink, it is more colorful and entertaining than one can guess. The Amber Fort is a must watch attraction in one’s itinerary. Rajasthan Government has fixed an incentive for the tourists, both Indians and foreigners, in the form of an amazing elephant ride in the campus of the Amber Fort. The elephants are decorated with traditional decorative clothes and items that impart a royal look to the mighty creatures. This ride gives the feeling of sitting in a time machine and getting back to the times when the fort was constructed. The elephant safari will lead you to the main door, up the hill.

The Jantar Mantar is exciting. A traveler will be awestruck to see how the sages of the ancient times, when even books meant just manuscripts, could be so scientific and rational in calculating the astronomical movements of our Milky Way. There are archaic methods of calculating eclipses, special occurrences of remote stars and other facts of appearance of the planets and stars, displayed at this place. Latitudes and Longitudes were observed to check these occurrences. The method of checking time is the best and the quirkiest, which involves gauging of the rays and their shadows on the metal and concrete structures created. This creation is any time a challenge to the modernity of science.

The Hawa Mahal and Jal Mahal are also beautiful and wrapped with ancient architectures and reflect the scientific bent of mind of the Kings and the craftsmanship of the artists.

After lunch and a little bit of strolling here and there, visit the wonderful Birla Mandir; it is a good idea to visit the mandir during the evening arati. The white marble, the beautiful deities of Vishnu and other Hindu Gods, the subtle decorations, the messages of the Geeta And the Upanishads and the mighty fire of the arati will take you to a different world of auspiciousness and devotion.

One can keep the fourth day reserved for the imperial Albert Hall. It is named after King Edward 7. It is the oldest museum of the state and plays an important role in the conservation of the traditions of this kingly city. It is built in the Ram Niwas Garden.

A two hour drive the next day will take you to Pushkar(130 kms). Pushkar is cozy and beautiful. It is myth logically very crucial. It has the holy temple of Brahma and the sacred lake of Pushkar. The latter happens to be one of the five sacred dhams and is often referred to as the”tirth raj”. Every year Pushkar witnesses the footfall of lakhs of devotees, who assemble to take the blessing Lord Brahma and bathe in the holy and pristine water of the lake of Pushkar which they believe cleanses them of all their “paap”.The winding lanes,calm surrounding,the colourful vibrant markets will covet any traveler.Every November the docile city of Pushkar wakes up to the noise of camels,for there occurs the camel fair, where the localites buy and sell their camels. Apart from this the fair has a host of other activities which a tourist would not like to miss

While you are still in Rajasthan, Udaipur will be a nice pick to stay too .Arrive at Udaipur and spend the night at a hotel.

It is also known as the city of lakes and is rich in Rajput culture predominantly. The lakes incude,Uday Sagar and Dudh Talai.There is also this amazing Gulab Bagh ,where you can take a train ride and enjoy the breathtaking surrounding.Udaipur like other cities of Rajasthan is responsible for the preservation of the culture and traditions of our country.

The Bharatiya Lok Kala Mandir, which is a museum of folk art, and the Pratap memorial, which is built in the memory of Rana Pratap, are commendable.

Other attractions of the place include Sahelion ki Bari and Lok Kala Mandir.

In the evening, you might like to check out the local markets and then return to the hotel.

Day 8: Fly Back to Delhi and on same day Depart to Rishikesh

This is quite a depressing day for a traveler, for he will be boarding the flight to Delhi and then drive to Rishikesh on the same day, hence the night can be spent in the room of the hotel, relaxing and reminiscing the journey he had so far.

The next two days will be on a roller coaster for Rishikesh is the adventure hub of the city .White water rafting enthusiasts will find be more than content with the quality of rafting experience they will have.It is also a centre of bunjee jumping,backpaking and hiking.If you are an admirer of the wildness you need to choose which sport or sports  you would be a part of

You also have the famous Ram Jhula and Laxman Jhula here,under which flows the mighty Ganges. These two suspension bridges are long and made of metal, which replaced rope ,are definitely two such features for which India is remeberd abroad.It is a holy place and includes temples like alaxman amandir,bharat mandir and shatrugna mandir..Hrishikesh happens to be a centre of yoga too. Once you are done exploring the abundance Hrishikesh has to offer, it’s is advisable not to miss the pilgrimage to Hardwar, as you will be charmed by the sanctity and pious arati on the ghats of harki pouri.

Day 10: Return to Delhi and Fly back to home

Drive back to Delhi; board the flight back home to spin the stories of knowledge, adventure, fun food and exhaustion off course

At the end what matters is what you take back home ,for life is really short and shorter for a traveler ,as his heart always leaps feets ahead his body and he feels the soil and the water more deeply than by his sense organs. On top if the tour is as intensive as Delhi to Jaipur to Pushkar to Udaipur and to Rishikesh,you will not repent being stuck with routine forcefully this tour will all the ingredients to refresh your body and philosophize your mind with eternal peace and satisfaction.