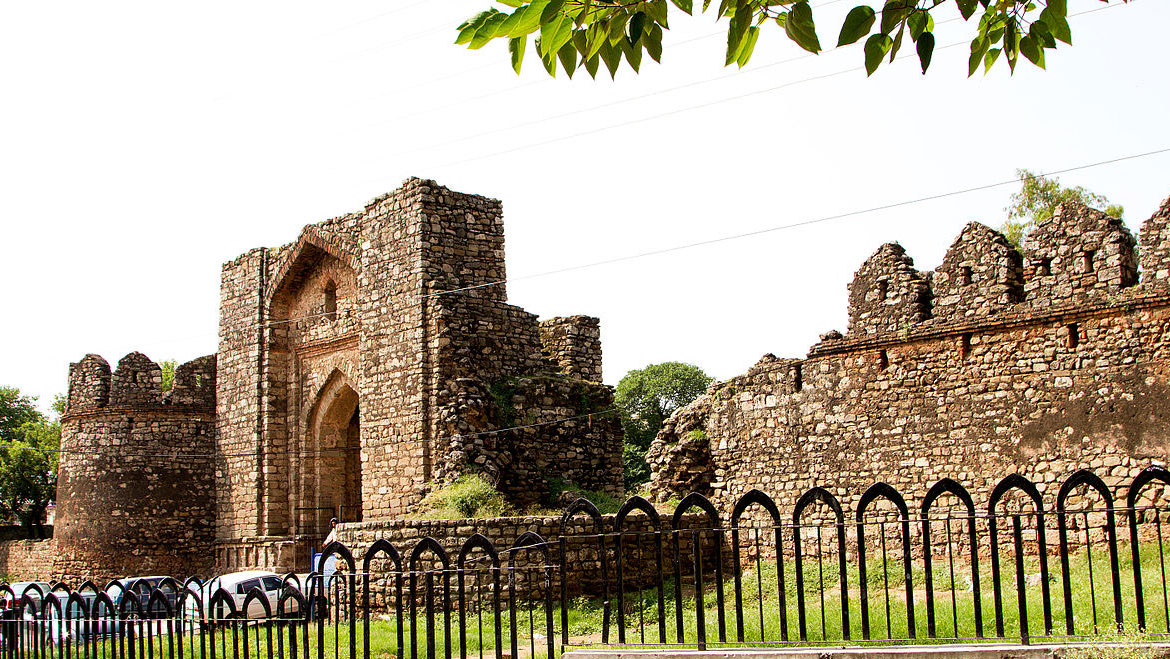 The historical state of Punjab has been ruled by many brave rulers of the country since ages which has resulted in the formation of eye-catching buildings, monuments and luxurious palaces. While the rural Punjab is known across the country for its lush green terrains, paddy fields and wheat productions, the urban areas are known for their association with the chivalric tales of Sikh Gurus and valiant rulers. The forts and palaces built in the different corners of the state are highly praised for their historical and scientific architectural value. The artistic excellence of most of these heritage buildings is worth praising and provides the history buffs with enough of information to keep thinking of. But, it is not possible for one to explore all of these attractions in a short trip. So, in this blog of Punjab Heritage & Cultural Travel Guide we have listed the best forts and palaces which are must see during your holidays in Punjab.

Built in 1760s by the Bhangi Misi Rulers, Gobindgarh Fort or Gujar Singh Fort is a historic military fortress in the centre of the city of Amritsar. Originally built of mud, the fort was captured by Maharaja Ranjit Singh and was renamed Gobind Garh after the name of the famous religious figure of Sikhism, Guru Gobind Singh. It was Ranjit Singh who constructed the fort with bricks and lime andis. Every corner of the fort has a parapet and two doors. The main entrance is called Nalwa Gate and Killer Gate is the back entrance. The fort has a treasury, armory and certain other belongings to the Maharaja. It is believed that the fort has a hidden underground tunnel that opens towards Lahore.

21 Best Gurudwaras in India You Must Visit

Mainly known for its exclusive flower garden and a centrally located double storeyed building, Ram Bagh Garden is an important member of heritage travel destinations of Punjab. The garden is spread across an area of 81 acre with rare flower plants and other valuable trees. The palace located on the middle of the garden is called the Summer Palace of Maharaja Ranjit Singh as he used to spend the summer days in this palace. The garden was named after Guru Ram Das and is designed in the style of Shalimar Bagh of Lahore.

13 Best Places to Visit in Ludhiana

One of the top most heritage tourist attractions in Punjab, Qila Mubarak is located in the heart of the city of Bathinda. A prominent historical monument, this fort is also known as Bathinda Fort and was built in 1764 by Maharaja Ala Singh. It is the same place where Rajia Sultana, the first woman ruler of Delhi was imprisoned. The fort has two main parts called Qila Androon and Qila Mubarak. The Qila Androon was the residence of the royal family and looks stunning for depicting an amalgam of Rajasthani and Mughal architectural style. The Darbar Hall of this fort is transformed into a small museum where the arms and armours used by the kings through the ages have been kept.

Built by Maharaja Narinder Singh in 1847, Sheesh Mahal is an awe-strikingly beautiful royal residence that speaks about the princely stature of Punjab kings. Literally meant, the palace of mirrors, this three-storied building is located behind Moti Bagh Palace and looks impressive for the section designed with coloured glass and mirror works. Counted as one of the best places to visit in Punjab, this palace has a centrally located artificial lake and a small bridge over the lake. The bridge over the lake is known as Laxman Jhula and one can see dancing fountains and neat and clean flower gardens on both side of the lake. Do not forget to explore the museum found inside the palace.

If you are expecting something very delightful out of your sightseeing tour in Punjab, Old Moti Bagh Palace in Patiala should not miss your sight. It is only around 2 km from Sheesh Mahal and speaks about the taste and grandeur of royal Punjab. The old quarters of this palace was built by the Maharaja of Patiala in 1840s and renovated in 1920s by Maharaja Bhupinder Singh. Today’s Moti Bagh Palace is a combination of museum, taxidermy gallery and North Zone Cultural Centre.

Around 6 km away from Patiala City, Bahadurgarh Fort is a popular historical landmark in Punjab. The fort was initially constructed by Nawab Saif Khan in 1658 AD and renovated in 1837 by Maharaja Karam Singh. The name Bahadurgarh was given by the Maharaja after Sikh Guru Teg Bahadur since he resided in this fort for a couple of months before leaving for Delhi. The fort encloses a Gurudwara and a mosque. The fort is surrounded by two rounded walls and a moat.

20 Highway Dhabas that You Must Stop By

The Palace of Maharaja Sher Singh

Located in Gurdaspur district of Punjab, the Palace of Maharaja Sher Singh is a 19th century heritage building constructed of mud plastering. The palace used to constitute a part of Anarkali Building and was constructed taking inspiration from Shalimar Bagh Garden of Lahore. The palace interior is decorated with age old paintings portraying the lifestyle of the members of the royal family of Punjab. The palace is a two-storey structure designed with round bastions in all corners. Today’s Sher Singh Palace is owned by Union Baring Christian College and works as their administrative block.

A strong and inseparable part of tourism in Punjab, Jagatjit Palace should be in your list of sightseeing tour without fail. Rightly called the ‘Paris of Punjab’, this popular heritage building is located in Kapurthala District of Punjab and magnificently designed taking inspiration from Versailles and Fontainebleau. The interior hall of the palace depicts a rich blend of Indian and French architectural style. While the painted ceilings of the palace exhibit grandeur of French architectural beauty, the Darbar Hall entirely depicts the magnificence of Indian Decor. The palace was designed by a French architect in 1906 and today houses a vibrant museum where one can see the artefacts collected by the Maharaja from different European countries.

A specimen of Gothic Style of architecture located in Faridkot District of Punjab, Rajmahal or royal palace was constructed during the reign of Maharaja Bikram Singh in the 1880s. The magnificent royal edifice is spread over an area of around 15 acres and looks stunningly beautiful for its French Design and grassy lawns. The entrance door called Raj Deori itself is an artistic genius.

Popularly known as Ludhiana Fort, the fort of Phillaur is a 17th century construction in Punjab on the bank of River Sutlej. Initially it was constructed as a serai and later it was converted to a mud fort. In later years the fort was used by Maharaja Ranjit Singh as his military. It is the British rulers in India who used this fort as their Police Training Centre. Inside the fort complex there are several beautiful monuments like the shrine of Pir-i-Dastgir and tombs dedicated to different members of Shah Shuja’s family.

Located in the heart of the city of Hoshiarpur, Sheesh Mahal is a worth-watching historical palace built in 1911 by Lala Hans Raj Jain. The palace is intricately designed with exclusive glass works depicting the scenes of different royal ceremonies. An ideal getaway to make your family vacation in Punjab utterly rewarding, the palace depicts images of Hindu deities on the walls of the first floor along with the image of Queen Victoria. The walls of the ground floor are painted with the scenes of the coronation ceremony of King George V.

All You Need to Know about Vasant Panchami

Nabha is known for its historic Sikh Palaces and mainly attracts tourists for its 300 years old fort of Qila Mubarak. The fort houses the relics of Sikh Guru Gobind Singh along with religious manuscripts and the belongings of Guru Gobind Singh. The fort brings an exclusive amalgam of Mughal and Rajput architecture. The fort is enclosed by 10 courtyards where each room is named according to the purpose they serve. Some of the rooms in this fort are nicely adorned with frescoes, gilt and mirror.