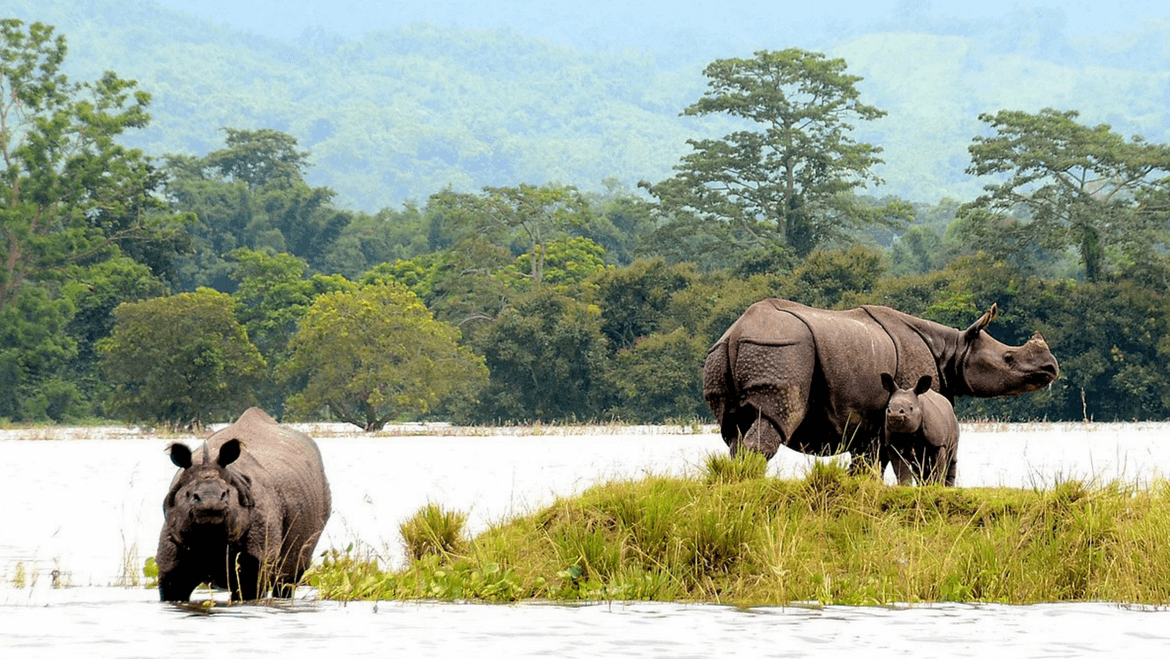 Be it the vivacious culture that individually marks a destination in India or be it the vivid wildlife, Indian diversity just doesn’t cease to amaze us. If we ponder over Indian diversity, this is certainly something that set us apart! India has been recognized as the land of flavours due to its diversity and thus has attracted millions of travel enthusiasts from all over the world. There are a large number of destinations in India that have been recognized as UNESCO World Heritage Sites, making these destinations all the more valuable and alluring to the tourist. UNESCO has not only recognized our architecture but also has tagged many of India’s national parks and sanctuaries as world heritage under the category of Natural World Heritage Sites.

Let us together look at the list of UNESCO Natural World Heritage Sites in India: 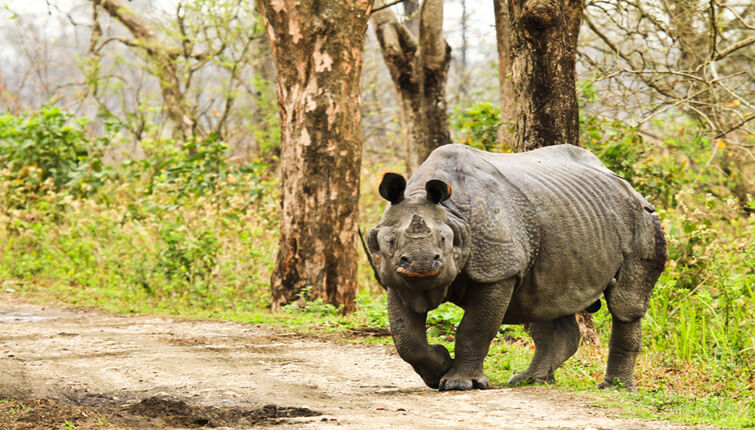 Reckoned to be the home of the rare One-Horned Rhinoceros in India, Kaziranga Wildlife Sanctuary in Assam was tagged as a UNESCO Natural World Heritage Site in 1985. Sprawling over an area of 430 sq.km, the park lies in the unperturbed location of Golaghat and Nagaon district. Kaziranga beguiles wildlife enthusiasts and nature lovers with tall grasslands, Brahamaputra River (forming the north and east boundary of the park), about 15 species of threatened mammals other than the One-Horned Rhinoceros, approximately 300 species of birds, and elephants. Contributing to the diversity in the park is the flora that ranges from alluvial inundated grasslands, tropical wet evergreen forests and tropical semi-evergreen forests. In short Kaziranga is one lush destination that India is proud of!. 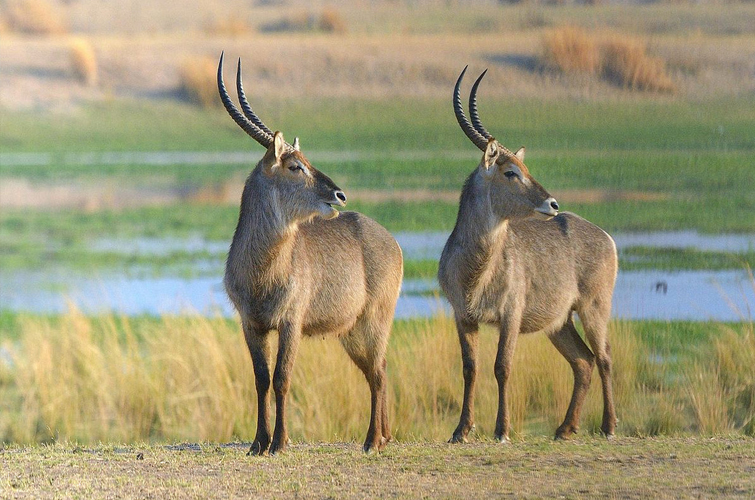 Named after River Manas (prime tributary of Brahmaputra River), Manas Wildlife Sanctuary sprawls across five districts of Assam. The park was recognized as a UNESCO World Heritage Site in India in the year 1985. Sheltering scads of threatened species, Manas Wildlife Sanctuary proves its importance as a Natural World Heritage Site. However, there are many other reasons as well that have brought this recognition to this national park. Assam Roofed Turtle, Hispid Hare, Golden Langur and Pygmy Hog are such species that can only be found in this wildlife sanctuary; other than that location of Manas National Park on the Eastern Himalayan foothills plays an important role in offering impeccable natural beauty. With 22 threatened species, 60 mammal species, 42 reptile species and 450 bird species, Manas Wildlife Sanctuary rationalizes India’s biodiversity fame!

In the Heart of Incredible India: 30 Popular UNESCO World Heritage Sites in India

Keoladeo National Park can rightly be called a ‘Bird Haven’. Situated in Bharatpur, Rajasthan, the national park is home to a large number of bird species and one can call it a home away from home for the migratory birds in winters. From the fluttering of wings to the cacophony of sounds, from the indescribable flights to the vivid colour in display, Keoladeo National Park finds one way or the other to attract ornithologists and bird watchers. Tagged as a UNESCO World Heritage Site in 1985, Keoladeo had since then caught the eye of many nature enthusiasts around the globe. About 370 species of birds along with 27 mammal species have been identified in the park, making it a rich wildlife source in India.

Richly diverse is how Nanda Devi Biosphere Reserve can be described. Along with the adjoining Valley of Flowers National Park, Nanda Devi Biosphere Reserve was recognized as the UNESCO Natural World Heritage Site in India in 1988 (the area around the biosphere was recognized by UNESCO later in 2004). Diversity and unmatched scenic beauty is what makes this reserve stand apart in the country. The biosphere is surrounded by a number of lofty peaks (ranging from 5000m to 7000m) including Nanda Devi Peak. The existence of large mammals, snow leopards, the vivid 312 varieties of flowers and the opportunity of trekking are the highlights of this reserve.

The land of 54 small islands with large mangrove forest and saline mud flats…this is Sunderban National Park for you. Characterized by Sunadri Trees, this national park was tagged as the UNESCO World Heritage Site in India in the year 1987. Spread over 1330 sq.km of area, Sundarban National Park in West Bengal is reckoned as the home of Royal Bengal Tigers and a large number of avifauna. The wide variety of aquatic animals, flora and fauna makes Sunderban quiet unique and worth visiting in a lifetime.

Recently added to the list of UNESCO World Natural Heritage Sites in India (2014), the Great Himalayan National Park in Himachal Pradesh is certainly a place worth visiting. Marked by inarguably the most picturesque locations and vivid variety of flora and fauna, this park is bestowed with a unique ecosystem. Spread over an area of about 1171 sq.km it is the abode of high altitude species like snow leopards, Himalayan brown bear, Himalayan Thar, and musk deer. The park is also the hub of eco-tourists adventure seekers, mostly trekkers.

These national parks and sanctuaries are definitely the places that one must visit in India. Offering unmatched excitement and thrill, these wildlife destinations should be on your list, the next time you are planning an adventure trip in the country.