10 Things to Do on a Family Vacation in Manali 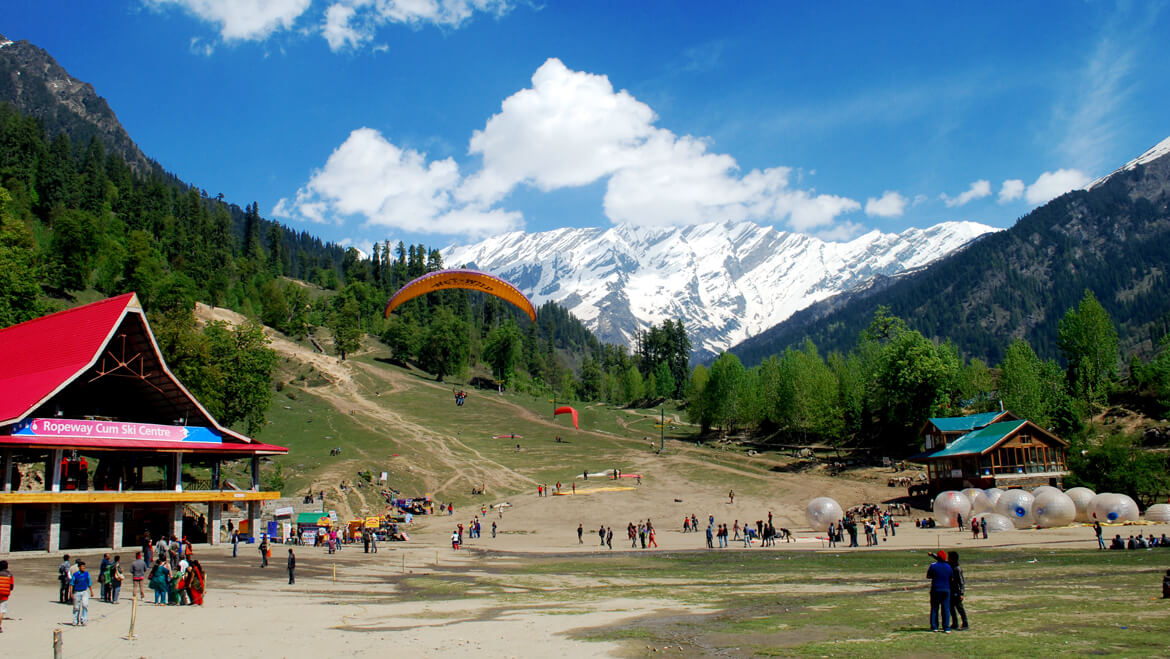 Manali, the very name leaves a romantic impression in every Indian traveller’s mind. A domestic honeymoon getaway that has impressed the travellers for ages, Manali exudes a laid back vibe and exhibits enough of natural elements to catch the attention of any retreat seeker. Greenery enriched landscape, snow clad mountains, quaint locales and several adventure destinations make Manali the overwhelming favourite of the travellers. Also, the availability of all the key facilities required for enhancing the comfort level of travellers make Manali suitable for family vacations. So, if you are looking to spend your much awaited holidays in one of the quintessential hill stations of India, Manali should be your first pick. Here is a list of things to do in Manali, to tell you about what all you must enjoy on a family outing to Manali.

The relationship between the Indian Himalaya and Buddhist monasteries is indeed very intense and I prefer exploring the variety the monasteries present in their designs. In Himachal, there are a few surprisingly beautiful monasteries like Gadhan Thekchhokling Gompa and Himalayan Nyingamapa Gompa which attract travellers from across the globe. If you simply want to spend your evening getting involved in some of the sightseeing activities in Manali, I think these monasteries must be your pick.

Pay your homage at Hadimba Temple

Though the Mahabharata describes Hirimba as a demon, the people of Himachal consider her to be a goddess and worship her. And this is the most stunning fact which attracts most of the outsiders to this temple. This wooden temple is located in a serene environment surrounded by plush greenery of cedar trees. The detailing on the wooden doors and walls is eye-catching and adds to the simple and calm environment of this temple.

Manali is an all season tourist destination unlike some of the upper Himalayan tourist spots. While winter is the ideal time to play with snow in Manali, summer turns out to be the ideal occasion to take refuge in its mild weather. So, in case you are heading to Manali in summer try Zorbing in Solang Valley. Believe me there is nothing better than getting trapped in a huge ball and rolling down over the hills without having even the faintest of idea about where the ball is leading. The amount of thrill, joy, laughter and scream you get to enjoy during this time is obviously unparalleled.

Perhaps the next possible adventure activity that every fun loving and courageous family would love to do is paragliding. And there can’t be a better place for paragliding in Manali than Solang Nala. So, I would suggest you to plan accordingly so that you can enjoy both Zorbing and Paragliding at the same place.

If you are lucky enough to have a zealous family, then my suggestion to you would be to go for adventure in Manali. And unless you taste the excitement of rafting in the river Beas in Pirdi, I believe your adventure tour will remain incomplete. The rafting is organised here by different private tour operators and commences from Pirdi down to Jhiri. It is a 14 km stretch that offers some exciting rapids and gives you enough of adrenaline rush.

Wait and take a breath! Do not fret listening to the word ‘Trek’. I am not suggesting you to go for the one you can’t make with your family. The trek to Beas Kund is certainly an easy trek and believe me a minimum level of physical fitness is enough to make this trek. From Solang Valley, Beas Kund is around 14km and you will need 2 to 3 days to accomplish this trekking expedition. The highest altitude of this trek is around 3690m and you will face most of the problems while crossing a few streams found en-route.

Other Popular Treks in Himachal

Visit the Temples at Jagatsukh

If you are in Himachal and haven’t seen its temples then I can tell you have missed something really charming. As you will be in Manali with your family, I would suggest you to make at least an instant trip to Jagatsukh which is around 6km south of Manali. The calm and composed locale and scenic view add to the beauty of this temple. The main attraction of this village is the Shiva Temple which is believed to be built around the 8th century. The buses running from Manali to Jagatsukh takes around 20 to 30 minutes to reach this temple. However, if you have time, try visiting the Gaurishankar Temple which is located in Dashal Village.

Top 30 Most Popular Temples in India

Forget about the conventional routine that you used to follow during travelling period when you used to end up your family trip with mere sightseeing. This time you and your family should try savouring the local wine available at different alcohol shops. Available in different flavours like grapes, apple, plum and apricot, these wines are locally produced and sipping a few pegs won’t be harmful for you or your better half (better exclude the kids). I would suggest you to taste Rhododendron wine which is available in Manu Market. When you enter the market of Manali, there is a small shop that sells this govt produced wine. So, try finding it out.

I know it’s not always possible to go crazy when you are travelling with your kids and better half. But, I think if both of you are daring enough, simply give it a try. Go skiing in Solang Valley and you will get the best out of this adventurous activity. Solang Valley is located on the way to Rahtang Pass and appears as an ideal skiing spot in winter for the thick covering of snow over the giant slopes of the mountains.

Other Popular Skiing Destinations in India

No matter where are you spending your holidays, you should always go and explore the local market without miss. So, if the next time you are in Manali, don’t miss to explore the Manu Market which is in Mall Road. I won’t say you will get something out of the box, but yes, you can try look for some shawls or sweaters from local vendors. Also if you are fond of handicrafts items, have a look at the items sold at Painters Den Art works.