Fighting Their Own Demons: Story of People Who Didn’t Let Anything Stop them from Soaring High

It’s in your darkest hour when you find the strength of your character. What you do in times of adversity determine who you are. It’s easy to give up and give into a situation but tales are told of those who stand up in those situations and fight on. One such story is of a man called Divyanshu Ganatra. For him, life was never easy or fair as he lost his eyesight to Glaucoma while he was just 19. Unlike how most of us would respond in such adversity, Divyanshu chose not to give up. It was high never say never attitude that made Divyanshu India’s first blind solo paraglider. The challenges and hardship he faced in his life because of his disability made him a much better man than before.

Founder of Adventure Beyond Borders, Divyanshu along with his team promotes inclusive and outdoor activities for people without or with disabilities. How did it come to that? We will get back to it later. Let’s talk about his determination. 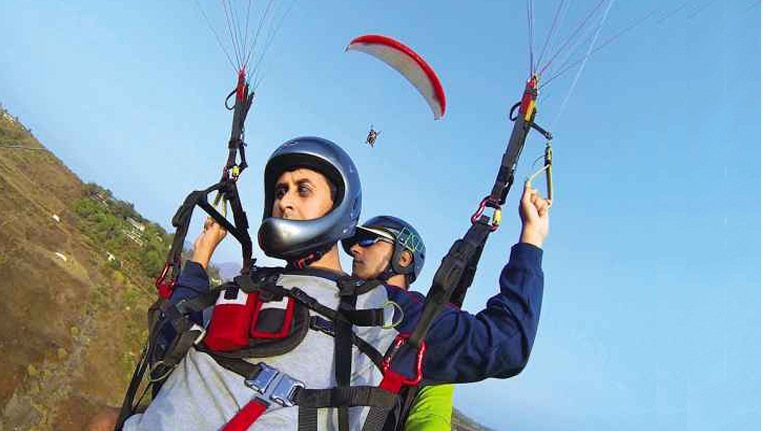 He paraglided the first time when he was 26 which was back in 2004,7 years after losing his eyesight. Now he has become India’s first blind solo paraglider, a remarkable feat which is worthy of every adjective present in the dictionary. He said that although he lost his eyesight, he wasn’t willing to give up on his passion and adventure. He says that he wasn’t ready to live on people’s sympathy. It took him time to gain the mental and physical strength but once he sailed in the sky, he knew there was no coming back.

Holding the Key to the Lock 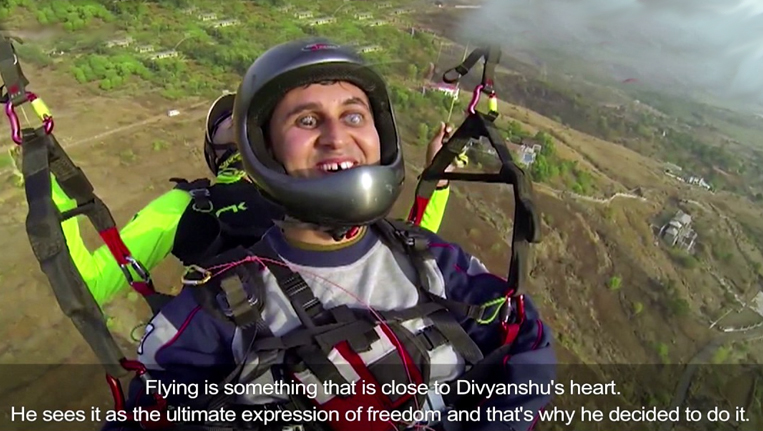 In 2014, after he first paraglided with a co-pilot, the world took notice of his determination and applauded him for his mental and physical grit. It was at this moment he realised he holds to the key to a lock, a lock which states that individuals with a disability aren’t meant to touch the sky or dive in the deepest of the ocean or reach the top of Everest. But he isn’t the only one challenging the odds. There have been many such warriors, who have fought every obstacle thrown in their way to reach to the top.

But Divyanshu isn’t the only one fighting all the odds to be what he always wanted to be. These inspiring stories of differently abled people are an inspiration to all of us. Let’s take a look at some of the inspirational stories of Indians fighting all odds to be at top of the world, quite literally.

Stories of Differently Abled Indians, Fighting Against the Stigma 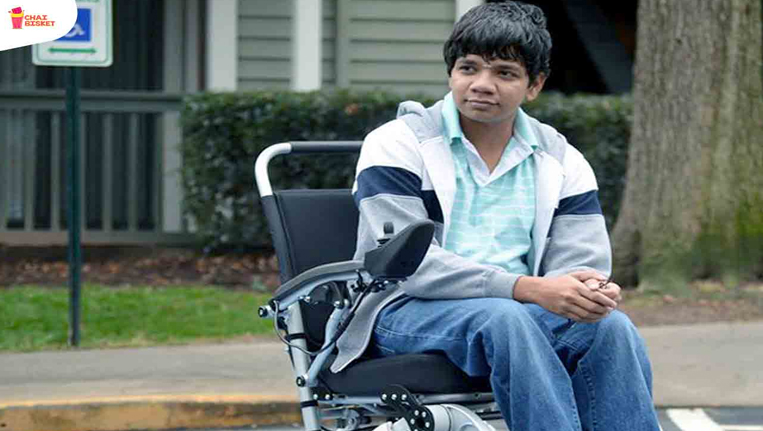 Vishwanathan was just a kid when he lost his body sensation in the lower half of his body. He had extra growth in his spine and surgery performed to remove the growth resulted in him losing the sensation is his lower half. He says that because of the lack of awareness and social stigma around raising a disabled child, it was very stressful for his parents to watch him like that. Despite many hardships and challenges, Vishwanathan never felt any different than rest of kids. He completed his schooling and to his delight, he received a scholarship for a degree at the prestigious University of Wisconsin-Madison in the United States of America. He went onto become an engineer but it was an advertisement that changed his life. He came across an advertisement in his campus and credits to that advertisement, Vishwanathan now holds a Limca Book of World Record.  He skydived from 14,000 feet after which he co-founded an organisation by the name Sahasra. The organisation provides scholarships to financially weak students who show great potential. He also became the first disabled person to visit Antartica, adding another feather to his cap. 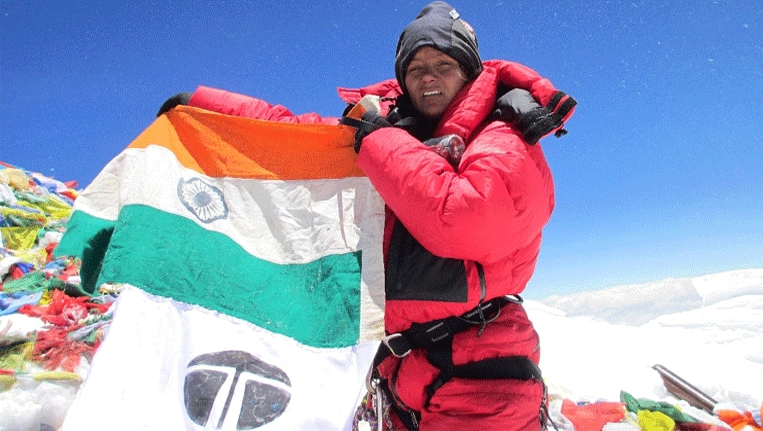 A former national-level volleyball player saw her life change in a completely opposite direction when she was thrown out of a moving train by two robbers in 2011 and her one leg had to be amputated. Although her professional career was over, even in the worst time, Arunima Sinha showed the world how determined she is to live her life to fullest. Two years after the fateful accident, Arunima Sinha became world’s first female amputee to conquer the Mount Everest. She never liked the pity and sympathy of people and even after her accident, she didn’t want to be treated as a disabled person. Successfully conquered highest peaks in 6 continents, Arunima hopes to be the first amputee to summit the highest mountain in each of the continent. 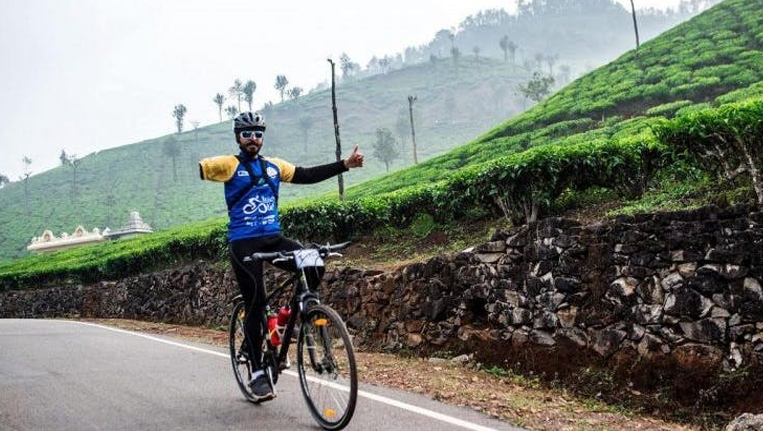 Winner of a silver medal at Asian Para-cycling Championship which was held in Bahrain in 2017, the journey of Divij goes back to when he was 4. In an unfortunate incident, his hand got stuck in an elevator which had to be amputated. At an age where a kid doesn’t understand the concept of dreams, having a dream felt like a distant idea then. But neither he nor his father gave up to that one accident. Divij with his father’s support tried his luck in everything, ranging from U-16 cricket to being a successful financial analyst. While cycling always interested him, it was in Bangalore that he realised his immense love for it. With some years of training and practice, he showed the world that nothing can hold you back if you have the determination to succeed.

Divyanshu’ Journey from IT to Adventure

Divyanshu’s story, just like them is an inspiration for many differently abled people who give up on their dreams because of their disability and the social stigma. The ’90s was the defining phase in Divyanshu’s life when he went to a rehabilitation centre, seeking help. While everyone was talking about IT and Technology, he always wondered, why he couldn’t do it? He took up computers and had a successful career in IT for 6 years.

While having success in the IT field, he always felt the need to do something different. He went back to college and completed his studies in Psychology and worked as a Clinical Psychologist, before finding his calling in outdoor activities.

Stories for such determination serves as an inspiration for all of us. From facing your inner demons to conquering the world, their journey is worth narrating. 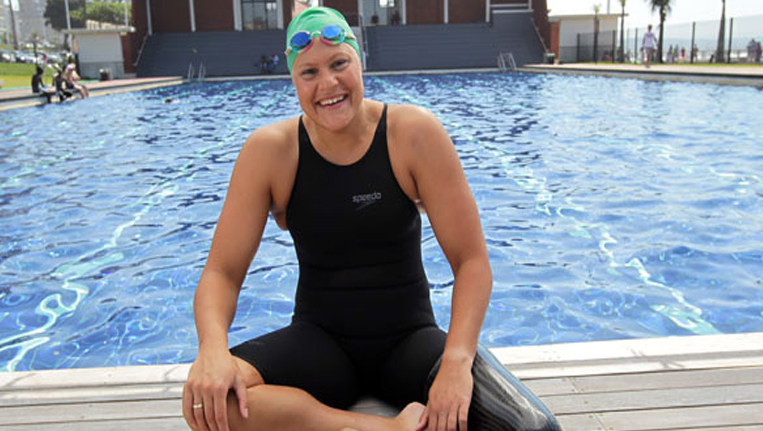 An Olympic swimmer from South Africa, Natalie du Toit was somewhat a gifted swimmer. At the age of 14, she was already competing on International levels but an unfortunate accident at the age of 17 resulted in her losing the left leg at the knee. From being a swimming champion to being physically disabled in just one day, her life took a completely different turn. But as they say, a person’s character is defined by his/her will and Natalie du Toit wasn’t willing to give up on her passion. After just 3 months, she was walking again on her own and getting back to swimming pool didn’t take long. She had just one aim of competing at the Olympics. She failed to qualify for the Athens Olympics in 2004 but competed in Paralympic and won 5 gold medals and one silver. She qualified for the 2008 Beijing Olympics before finally retiring in 2012. 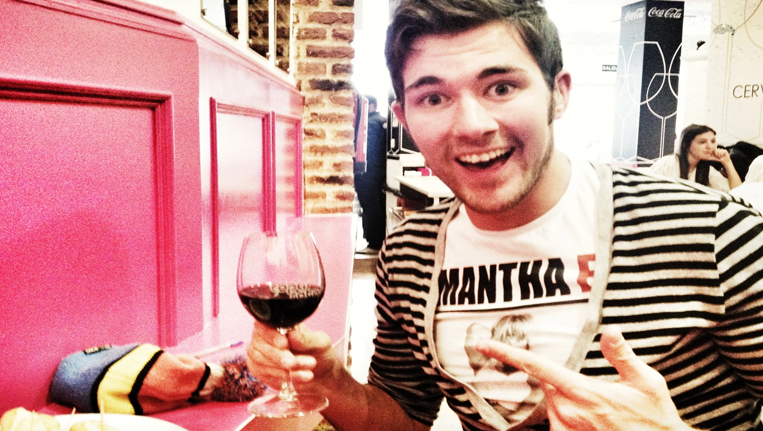 Travelling is a virus and once it infects you, there is no cure. The story of a deaf man, exploring the world on his own while exploring the stories and creating some of his own is a tale of inspiration for many travellers. Ed Rex is a traveller who has founded RexyEdventures.com. Being deaf, he faced many obstacles but those challenges never deterred him from living his life to the fullest. Being named as Top 25 Budget travellers by Flipkey and many such mentions, Ed Rex has shown us all that nothing can stop us from fulfilling our dreams if we are determined. Being one of the most successful budget travellers in the world and renowned travel blogger, Rex has proven that travel knows no limitations. 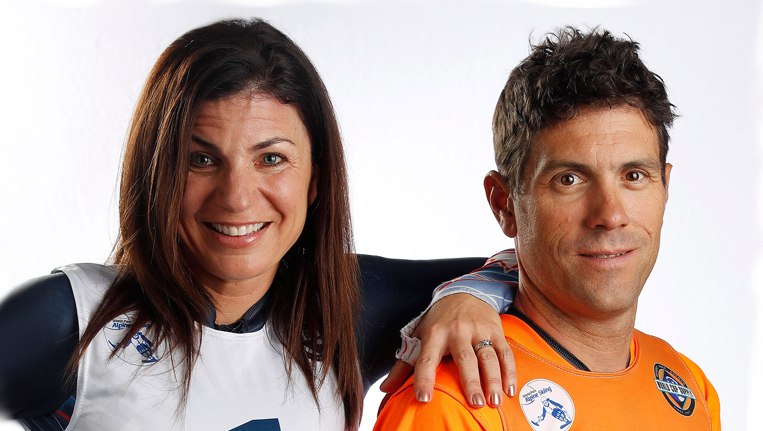 A Paralympic skier who can’t see, Danelle Umstead is an inspiration to many of us. Losing her sight to retinitis pigmentosa at the age of 31, just days after losing her mother, Danelle started Skiing with her father. Initially, she was hesitant, thinking that blind people can’t do the usual adventure. But on her first Skiing journey, she realised her love for Skiing and there was no looking back ever since then. She met her future husband in Mexico while Skiing and since then, they have been skiing together. Rob Umstead is not just her husband but also his skiing guide and together they have many medals in Paralympic games. From being hesitant to ski to being a world Paralympic champion, the duo of Danelle and Rob have proven time and time again that with determination and support, anything is possible.

Whoever said that age is just a number was absolutely correct because after knowing the story of Irene O’Shea, you might begin to contemplate your own life. One of the oldest skydivers in the world, Irene skydived with a guide at an age of 102. Well, don’t be shocked yet because she skydived last year too and the year before that. Having lost her daughter to Shelagh FitzHenry, at age 67 to motor neuron disease, O’Shea has been jumping out of planes to raise awareness about the diseases. Her last jump raised $8,600 and she is hoping to raise $7,200 for the awareness programmes. Her bravery and determination is a testament to her undying love for her daughter and her grief. Defying all the odds for three continuous years, Irene has been creating the world record for the oldest skydiver in the world.

These inspirational stories are not just about fighting against physical challenges, rather they have changed the social attitude and stereotypes that are attached to the disability. When the odds were against them and when the entire world continuously reminded them of their disability, they decided to fight back and never quit. From fighting their own demons to fighting the society to conquering the world, these heroes are the proof that if you are determined, there is nothing that can stop you.