Shivrinarayan Temple – A Legend or Myth? 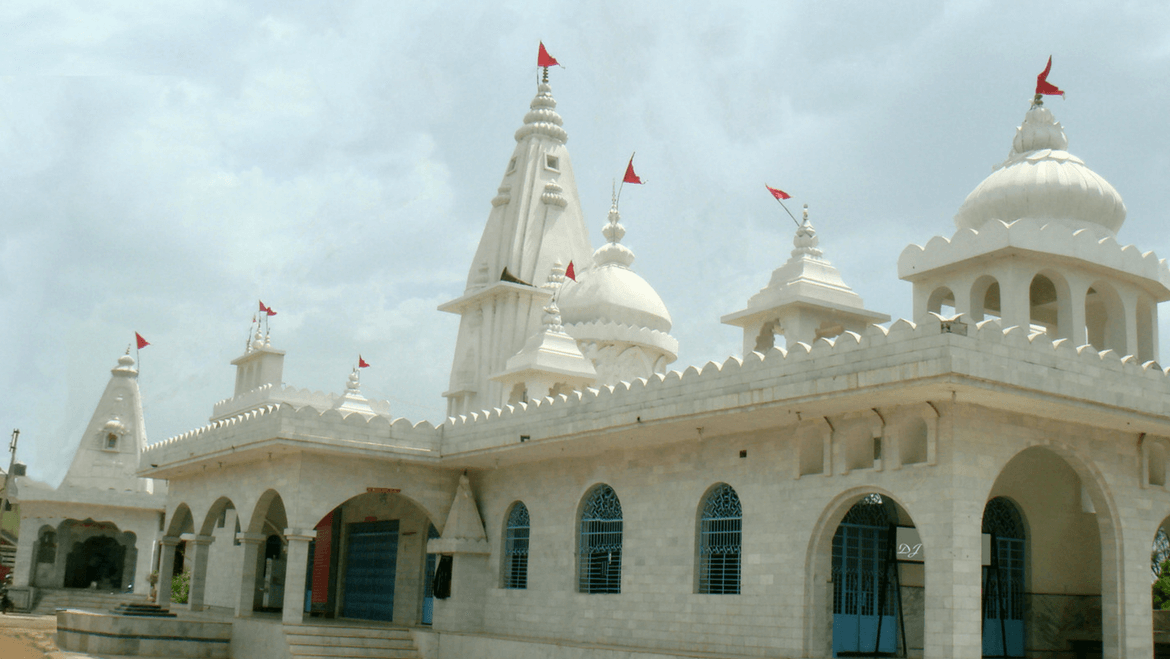 Who was Shabari? Did Lord Rama really eat berry fruits from Shabari at Shivrinarayan? Are the floating stones a reality or a myth? You may find some of the answers to these questions, when you visit Shivrinarayan, a small city located at the banks of River Mahanadi in Janjgir-Champa District of Chhattisgarh. This city is famous for a temple that was built some 2500 years back and is dedicated to Lord Rama and Shabari. As per the legend, when Lord Rama reached Shivrinarayan, during his 14 years of exile period, he met an old lady “Shabari”, who told Lord Rama “Oh lord, I do not have anything to offer you, except these wild berry fruits and my heart. Please accept it, if it may please you”. Lord Rama accepted those wild berry fruits with much love and ate them with great joy. Such is the importance and spirituality of this place. But the real truth of this place is something else. So what is it? Let’s read on further to explore some reality and myths. 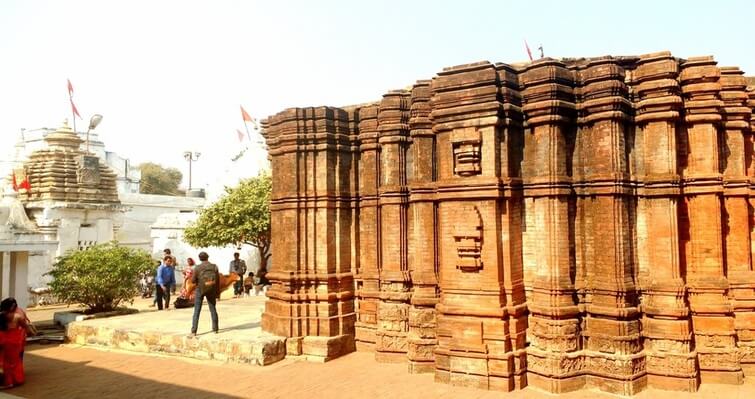 My colleague : Have you been to Shivrinarayan?

Me : No. What is so special about that place?

My colleague : Ahhhh! Let me recall. I had heard from my grand mom when I was a kid, that Shivrinarayan is legendary and has a special mention in Ramayana. I just know that Lord Rama was offered some wild berry fruits from a lady known as Shabari, when he visited this place, during his 14 years of exile period. That’s it. I never really got a chance to visit.

We closed the topic there, and moved on to some other areas of discussion like politics and worldwide affairs. However, deep down I was thinking in my mind, to visit this place. I wanted to know more about this place, and to find out if legends are true or these are man-made stories? So, on a fine Sunday of a wintery morning, I started for Shivrinarayan, from Bilaspur. This place is hardly 60 kms away from Bilaspur, hence, not much of pre planning was required by me. I started from my place around 9:30 am and after a bumpy ride reached Shivrinarayan around 11:15 am. Early morning fog had settled in and the sky revealed its bluest form.The warmth of glittering golden sun rays was all over the place. Before proceeding further, let me tell you folks, travelling around Chhattisgarh can be quite a bumpy affair as roads are in very bad conditions. However, in this case, travelling can be worth the destination rather than the journey.

Most Popular and Rich Temples of India 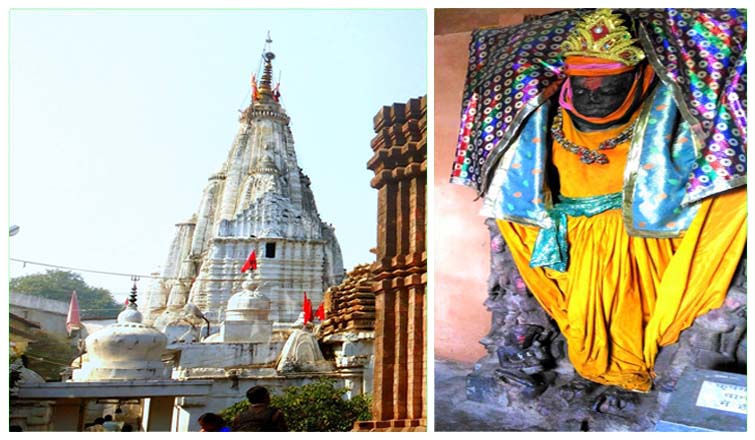 Around 11:15 am I reached the entrance of the temple, after crossing a few narrow lanes. Parking was a bit of problem, as it was Sunday and there many tourists, especially from Odisha, Chhattisgarh, Bengal, Bihar had arrived. On the first look, the temple and its surroundings appear very simple. There are no majestic architecture grandeurs. However, that’s not the reason why I am here.

The Nar Narayan temple is 2500 years old, this is the main temple. It was constructed by Raja Shabar. On entering the temple, in the left side you get to see the ancient statue of Lord Laxminarayan. On moving further, at the entrance of the main temple, Parshads of Shri Vishnu-Shankh purush and Chakra purush are standing. Just above the entrance you get to see a very rare statue of Ganesha and on entering to the Garbhagriha the idol of Lord Narayan can be seen. Lord Narayan’s idol is fully covered with beautiful flowers and royal clothes. I felt an aura of calmness around me. After initial prayer and offerings, I got to see the beautiful wall arts. There is a map of India hung on the wall which shows around 290 places where Lord Rama had travelled during his exile period. I decided to study a few wall arts and if possible try to get some insight about the temple from the priest. While coming out from the temple, I also observed Lakshmi Narayan riding Garuda just at entrance, which I had skipped earlier. On talking to a localite sitting there, I got to know about a rare fact. At the feet of the Lord Narayan, there is a small water bowl, in which the feet of the deity is dipped and the water always stays at same level. The interesting part is that every day the water is offered as prasad to devotees, yet, the water in it remains at same level and temperature, irrespective of seasons. I wouldn’t question on this, as it is a widely accepted topic amongst localities. I could not get to click pictures, as photography was banned inside this particular temple.

Popular Temples in India with Interesting Tales Behind 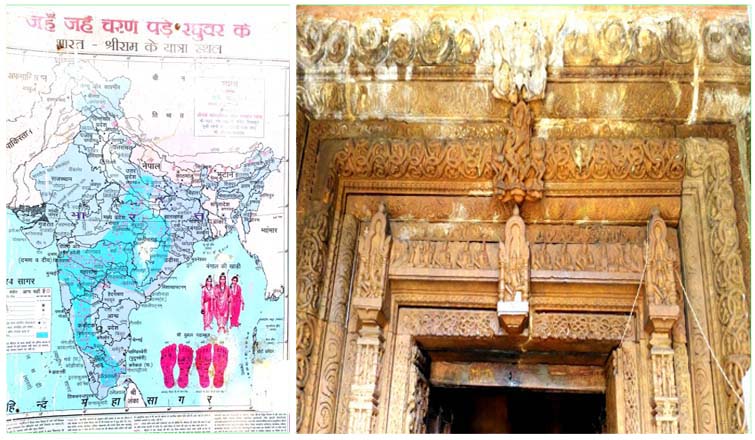 This temple lies in front of Nar Narayan temple. There is an idol of Ganga and Jamuna which is present at the door jambs at the bottom, accompanied by four Dwarpalas on either side. Next, I got to see the Keshava Narayana statue (idol of Vishnu). The statue seems very old and I found it quite mystic. At the bottom of the feet of Vishnu, one can see a small idol, which is believed to be of Shabari.

Besides the Nar Narayan mandir lies the Shiva temple believed to be as old as that of 919 century.

Tree of Wishes- Bane or boon? 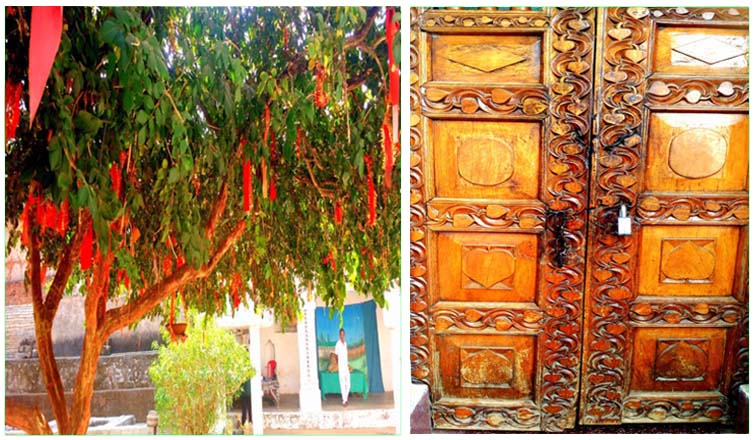 After completing my prayers and idol visits, I thought of resting under this tree. You can very well see this tree in the picture posted in this page, has sacred red clothes and pots, tied to its branches. I observed the tree for a few more minutes and like every religious devotee in India who believe to tie a sacred red cloth, after their wishes are fulfilled I assumed this tree also falls in that category (the wishing tree). I thought of talking to a photographer, who was sitting nearby. Said he, people come to tie red clothes when their desires get fulfilled; however, the temple authorities have banned this ritual as the branches of the tree are slowly dying out and also some believe these rituals are false. In order to conserve the tree, this step has been taken. Strange, I have never seen a tree dying out and its branches getting dry because of tying clothes. So this point, brought me to think deeply, on more myth that prevails amongst the devotees in our country. Do the wishing trees which are so religiously worshipped, in many temples of India really fulfills our desires or! it has become a state of despair for the trees themselves, which are suffering silently. I will leave this question to you.

I thought of asking the photographer a few more questions, when he started pestering me to get photographs clicked by him for a meager Rs 20 in front of the temple. I politely declined his offer, exchanged thank you note and started to walk towards my next destination.

Popular Churches in India Worth Visit 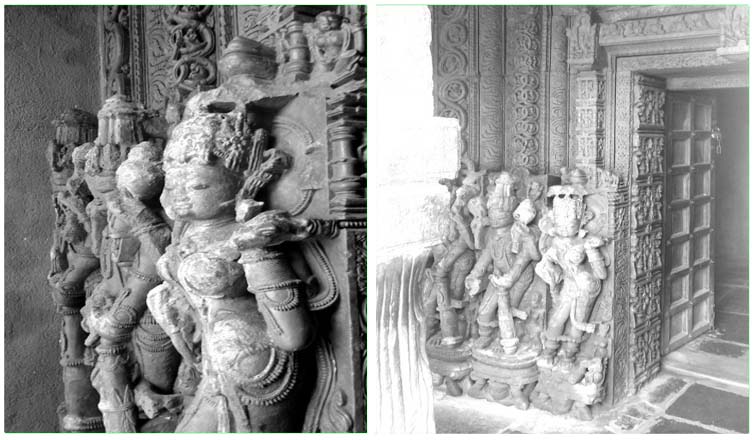 A little distance farther, when you come out of the main temple, you get to the see the entrance gate of Jagannath temple and Gaushala (a place where cows are kept). The specialty of this temple is that near the entrance, a Peepal tree is located which is called ‘Krishna vat’ or ‘Makhan Katori’. The leaves of the tree are quite unique in their shape. The structure of this temple is more or less same to that of Puri Jagannath Mandir. The architecture resembles more or less to that of Puri. Well most of the Jagannath temples are built on the same platform. It is believed by localities that on Magh Purnima lord Jagannath visits this place. The fate ends on Maha Shivratri. The excitement and zeal of participants is worth seeing on this occasion. The Jagannath temple is located within the vicinity of Gaushala. The Guashala has been constructed for the betterment of cows. The cows are kept here in full freedom. There is an ashram also. People from far and wide places come to stay here. Localities believe that every year in Magh Purnima (i.e in the month of February), Lord Jagannth (the Universal God) visits this place. That day no Prasad or food is cooked in Puri. The Prasad is offered to the deities here at Shivrinarayan. Starting from 10th February, the mega affair continues a little late upto 15 days. Pilgrims from far and wide, visit this place. The deity is offered only cooked food like Puri, Halwa, Kheer. No raw food, like fruits is offered.

Floating Stone: Another Miracle from Ramayana- How true?

As I was leaving the Jagannath temple, I heard a kid shouting, look Mom this really is the floating stone, about which you had told. I stood up on my feet and hurriedly started back to the place, where the floating stone was kept. Behold, this really is the floating stone. The stone has been kept in water and it can be seen floating. The small water well is covered with net from top. I asked a localite standing nearby, is this true? He said yes, this floating stone is really the one which was used to make a bridge from India to Sri Lanka by Lord Rama. Strange, but true, he further enlightened me that the government had to work really hard to bring this stone from its original destination.

Back home, I was wondering should I break the myth or let the story continue for ages? Did lord Rama really eat berry at this place or not? After doing the initial research and listening to the localities, I can conclude that Lord Rama did visit this place and he also stayed at Vat Vishram which is situated across River Mahanadi, however he did not eat berry fruits here. This place has its significance because Shabari was born here. And in addition to Lord Rama’s visit, this place also makes you believe that if you have goodness in your heart, and pure love in your devotion, then it is greater than all richness of the world, a message well send across to the world by Shabari’s act of devotion.

Incredible Beliefs and Tales in India

Best Time to Visit:Throughout the year. However, visit Shivrinarayan for the Sheorinarayan Fair which is one of the most popular festivals of Chhattisgarh and is held every year in the month of February during the Magh Purnima. The Sherorinarayan Temple which is devoted to Lord Rama is the main venue of this Sheorinarayan Fair. The festival reflects the rich cultural tradition and the festivals and Fairs of Chhattisgarh.

Cultural Information: Chhattisgarh is a fairly conservative state with people mostly being simple. Dress modestly while going to temples and rural visit. HoweverChhattisgarh is considered to be a fairly safe state for travelling. One of the best and safest places for SOLO woman travellers.People are really helpful.

Food Culture: You will mostly find decent vegetarian food in Chhattisgarh specially consisting of rice, daal and green vegetables. Chilla, arsha, dehativada are some of the famous foods of Chhattisgarh.

Nivedita Biswal, from Rourkela, is currently employed in Coal India as Assistant Manager in Operations. She is an ardent travel lover who has explored few places in India & Europe. She prefers budget travel which includes homestays, hostels, dorms, walking tours etc. She love to know about the cultural part of a place, specially their way of living, cuisines and much more. She is also an adventure enthusiast and wildlife lover. Currently, she is on a mission to promote her country India as a top notch tourist destination in the World. For more travel updates you can follow her on facebook.