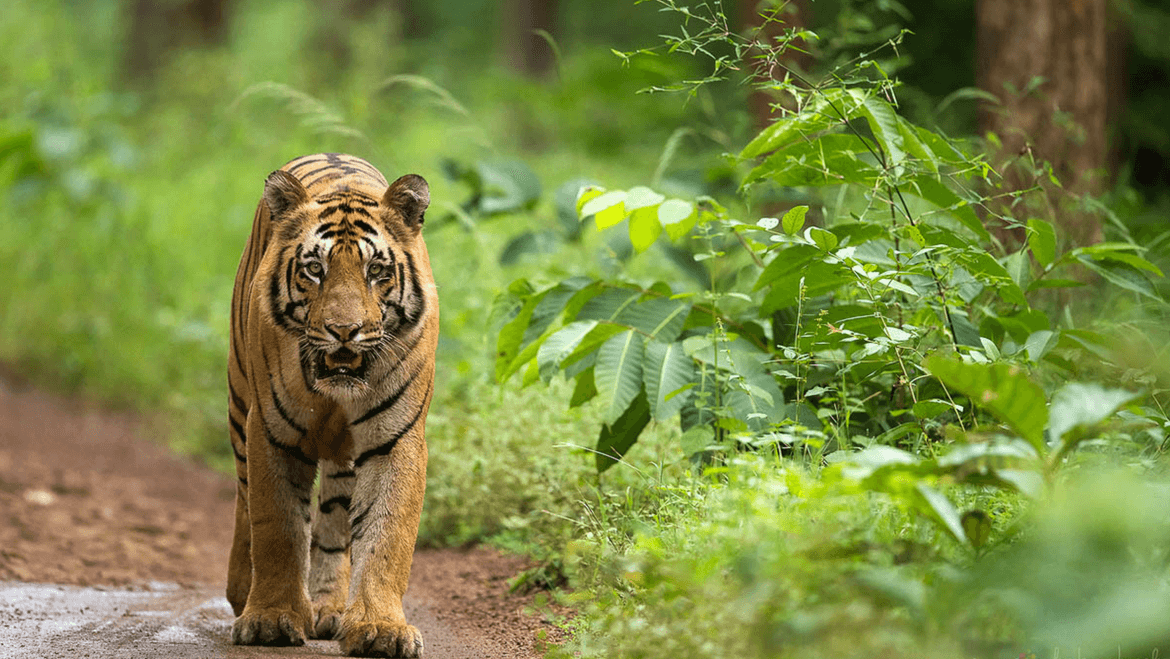 The land of alluring bio-diversity, diverse climate and varying topography, Maharashtra continues to be a delight for the aficionados of eco-tourism. The state receives adequate rainfall throughout the year resulting in the growth of lush greenery evenly throughout the state. As a result, a significant group of critically endangered birds and animals get the safest rescue in its wildest regions. To promote this boon of nature without affecting the eco-system or natural habitats of endangered species, the Government of Maharashtra has divided its wildlife spots into various relatively less crowded wildlife reserves such as Melghat Tiger Reserve, Bor Wildlife Sanctuary or Umred – Kharandla Sanctuary. These wildlife reserves even have enlisted their names among the best place to see tigers in India. Thus, for the nature lovers, Maharashtra appears to be a treasure trove of fascinating natural grandeurs.

Claimed to be the oldest and largest national park in Maharashtra, Tadoba Andhari Tiger Reserve can be called the best attraction of Wildlife tourism in Maharashtra. With a population of more than 40 tigers, this reserve is counted among the best destinations for tiger sighting. The reserve represents Southern Tropical Dry Deciduous Forests which turns out to be a shelter for the animals like Indian Leopards, Sloth Bear, Dhole, Striped Hyena, Small Indian Civet, Sambar, Barking Deer, Spotted Deer, Chital, and Chausingha. Tadoba Lake is the residence of Marsh Crocodile which is a rare species in Maharashtra.

Frequently mentioned in several novels and history books for its diverse wildlife and lush green forest, Pench Tiger Reserve includes Indira Priyadarshini Pench National Park, the Mowgli Pench Sanctuary and a buffer zone. One of the best places to see tigers in India, this wildlife reserve houses around 1200 species of plants and a good number of mammal species among which tiger population is the highlight. The best way of exploring the interior parts of this park is going for an exhilarating jeep safari that takes one from rugged landscape to the areas flourishing with dense greenery.

A simple yet charming retreat to the eyes of greenery lovers who also want to avoid crowd, Umred – Kharandla Sanctuary is spread over Pauni, Umred, Kuhi and Bhivapur Taluka of Maharashtra. The reserve has connection with Tadoba Andhari Tiger Reserve and is surrounded by the Wainganga River. The sanctuary protects a sizable population of tigers which is a delight for the wildlife lovers. Further the presence of mammals like leopard, flying squirrels, pangolin and honey badger enhance the excitement of travelling when they are exploring inside the park.

An ideal destination for tiger safari in Maharashtra, Navegaon-Nagzira Tiger Reserve is a small wildlife sanctuary located in the Vidarbha Mountain Range of Bhandara District. The rocky and undulating terrains of this park are coated with thick teak woods that support an exclusive population of biodiversity. Animals like four horned Antelope, Mouse Deer, Indian Gaur, Sloth Bear and leopards are frequently seen here. Further as you explore the interior parts of the park, you get to see the best attraction of the wild, the tiger. People with great fascination for birds can see around 166 species of birds here. Jeep safaris are available inside the park to let you go closer to the wildlife.

Located in Amaravati District of Maharashtra, Melghat Tiger Reserve is a lesser known eco-tourism destination on the southern offshoot of the Satpura Hill Range. The park is protected under the Project Tiger initiative and houses a sizable population of Royal Bengal Tigers. The park is enclosed by the Tapti River and the Gawilgadh ridge of the Satpura Range which play a significant role in supporting the diverse species of flora and fauna. The main attractions of this reserve include species like python, pangolin, leopard, sambar, chausingha, porcupine, mouse deer etc. The best attraction of Melghat is the critically endangered Forest Owlet.

A perfect eco-tourism getaway for the wildlife lovers of Maharashtra, Tipeshwar Wildlife Sanctuary is located in Pandharkawada Taluka of Maharashtra. The hilly terrains of this park are covered with southern tropical moist mixed forests, with a thick coating of shrubs and green pastures. Animals like chital, wild cat, black buck, blue-bell and Sambar are found here in good number. The scenic beauty of this mesmeric forest is often enhanced by the presence of the beautiful Konkan Waterfall which is the highlight of the place. The reserve also protects 180 species of birds, 29 species of mammals, a host of Arachnids and 26 species of reptiles.

A living zoological museum of Maharashtra, Bor Wildlife Sanctuary is located along the Southern boundary of Nagpur district and Northern boundary of Wardha district of Maharashtra. This game reserve-turned-wildlife sanctuary has a dense population of tigers and was mainly formed to conserve the catchment value of Bor River along with the motive of supporting the unique eco-system of Bor Wildlife Sanctuary. The wildlife reserve is enclosed by several sightseeing options including the temple of Shiva at Khori-Khapa, Hanuman Temple at Khadki, Bruhaspati Temple at Chauki, and Ganesh Temple at Kelzar. The noteworthy species of herbs found in Bor Sanctuary are Tarot, Tenella, Waghori and Tarwar etc. The faunal diversity of the park includes 160 species of birds, 26 species of reptiles, a sizable population of endangered animals along with 9 species of endangered birds.