As we’re about to enter another year of our life with a grand adieu of 2020, make sure to save some of your excitement to celebrate another big event which comes right after the New Year. Yes, I am talking about the popular Punjabi festival of Lohri.

What You Should Know about Lohri?

Lohri is one of the major festivals in Punjab and Haryana region, however, it is celebrated in the entire North Indian belt that makes it one of most popular festivals in India. Celebrated with love and ardour, the festival of Lohri is observed to pay reverence to the winter solstice. However, it is largely known as the harvest festival of Punjab, and hence, it has a great significance for the people of Punjab.

In the Punjab region, wheat is considered as the main crop; in the month of October, crops are sown by the farmers that are harvested somewhere in March or April. In the month of January, the lands get filled up with the crops of wheat with a promise of golden harvest. During this time, the beautiful Lohri festival is observed before the harvesting process of the crop.

The Lohri festival date in 2020 will be the same as every year – It will be observed on 13th January, a day before another popular Hindu celebration, Makar Sankranti. 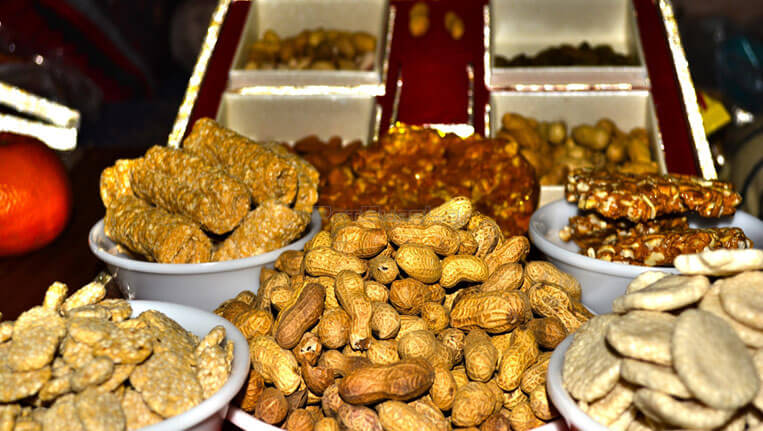 There is a rich history of the festival, and hence, various legends are associated with the celebration of Lohri. The first one goes like this:

The ancient people once formed a chant (mantra) that protected them and their families from the extreme winter cold. The chanting of this mantra made Sun God hear their prayers and as a result of that, he showered a large amount of heat on them ensuring to lessen the effect of winter cold. In order to thank the god, people started chanting the mantra round a fire, and thus, came the origin of Lohri. In this legend, the fire of which the people take rounds of commemorates the Sun God.

Another folklore says that, in the ancient times, the people used to light the fire in order to protect themselves from the wild animals. According to them, this also protected their habitats. The fire used to be a communal one, in which everyone used to take part; the young boys and girls were asked to collect the woods from the jungle, and even now, it is a tradition where young ones go around to collect the cow dung for the fire of Lohri. In this legend, the fire is perceived as our protector. The ritual of couples praying for the child and parents praying for their unmarried daughters for a husband derived from this folk tale.

However, the last legend tells the story which dates back to the reign of Akbar. The story goes like this, in Punjab, there was a man, named Dulla Bhatti, who is said to be a Muslim robber. Despite being a robber, the man held a good reputation in the region. The reason for his good reputation was that he used to rescue Hindu girls from being a victim of human trafficking. Not just this, the man also arranged the marriages of the saved girls. His such great manoeuvre, made him famous in the whole region of Punjab. To commemorate this story, the songs are sung by the boys with an exclamation of ‘ho’, after each line. So, here present a few lines of one of those popular songs sung on the eve of Lohri.

Destinations to Explore near Golden Temple

Why it is Celebrated? 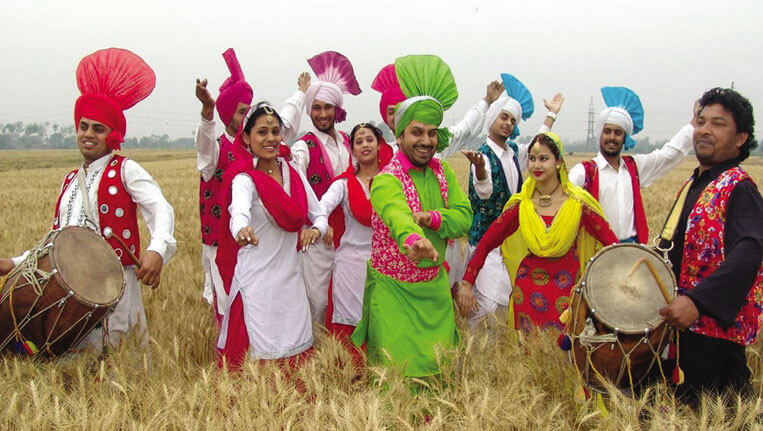 How is it Celebrated? 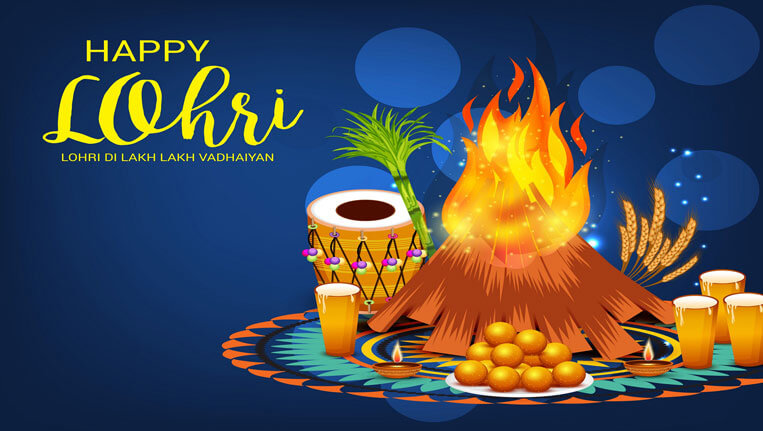 The main attraction of Lohri is the bonfire, which commemorates the Sun God, the harvest season, and the story of Dulla Bhatti. On eve of the Lohri, people arrange a bonfire in their front yard. Gathering around the bonfire, people celebrate the festival by singing and dancing on the folk songs.

There is a popular ritual where all those people gathering around the fire have to throw popcorns, puffed rice, peanuts and sweets into the bonfire. Besides, a puja (prayer) is also observed at the place of the bonfire. However, the prasad (holy offering) of the puja consists of six food items, revri & gajak (sweets made up of sesame seeds), gur (jaggery), moongphali (peanut), phuliya (puffed rice) and popcorn. Another ritual says that people have to perform parikrama (taking rounds) of the bonfire. With all love and ardour, greetings are also exchanged with friends and families.

To show their love for the festival, bhangra is also performed by the men. Whereas, female perform the gidda dance. Besides, drums and dhols are also played during the festival, on which, everyone dances with so much zeal. Apart from this, various folk songs are also observed during the Lohri celebration in India. In Punjab, during the time of this festival, various fairs are also organized that are marks the footfall of numerous people from far and wide. Races, wrestling bouts, singing, acrobatics, games, and food stalls are the major highlights of these festivals.

Important Things to Know about Lohri

Best Place to Visit to Celebrate Lohri Festival in India 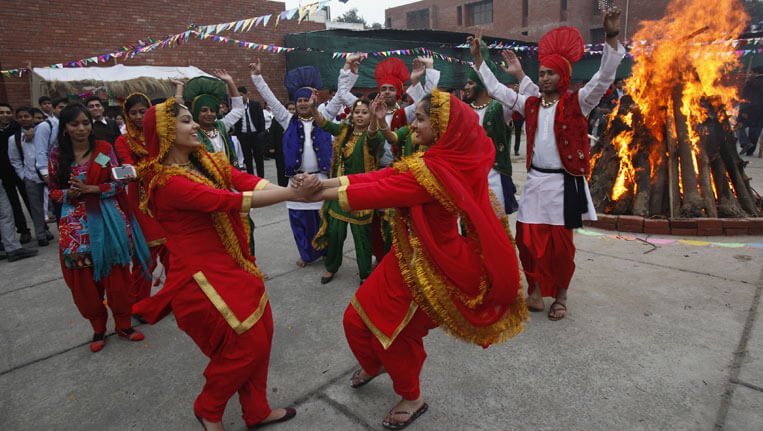 Well, if you haven’t been a part of this vibrant festival then I am here to give you some top places to visit for Lohri celebration. All these places come with a guarantee of some epic Lohri celebration, and you will surely love your time at these destinations.

A Message from the Festival to the Society 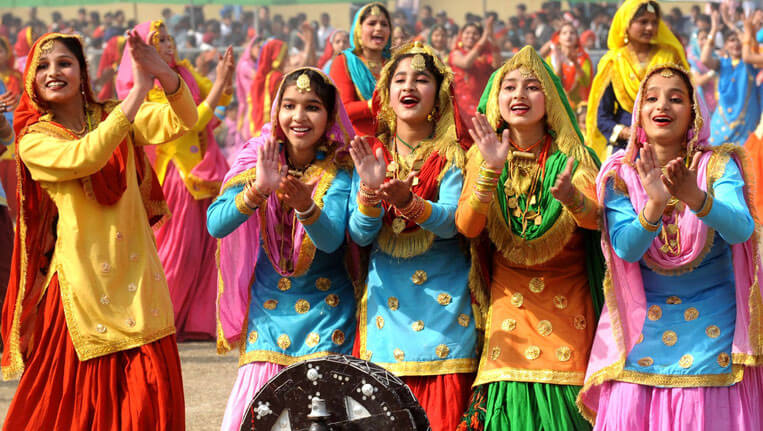 This is a major question, what we actually seek from a festival? There is no doubt that we all love fiestas, whether Diwali, Holi, Christmas, or Lohri, but for once, do we ever actually think of the real importance of these festivals? I guess, no! Coming to Lohri, it is one of the high-spirited festivities in India and we all should be aware of the message which the festival delivers to the society. Let’s look at what the festival conveys to us:

So that was all about the harvest festival of Lohri. Hope you liked the blog as much as I liked writing it for you.

If you want to read such amazing blogs then do come back to our website as we have loads of informative blogs to cater to your curiosity about India and abroad.