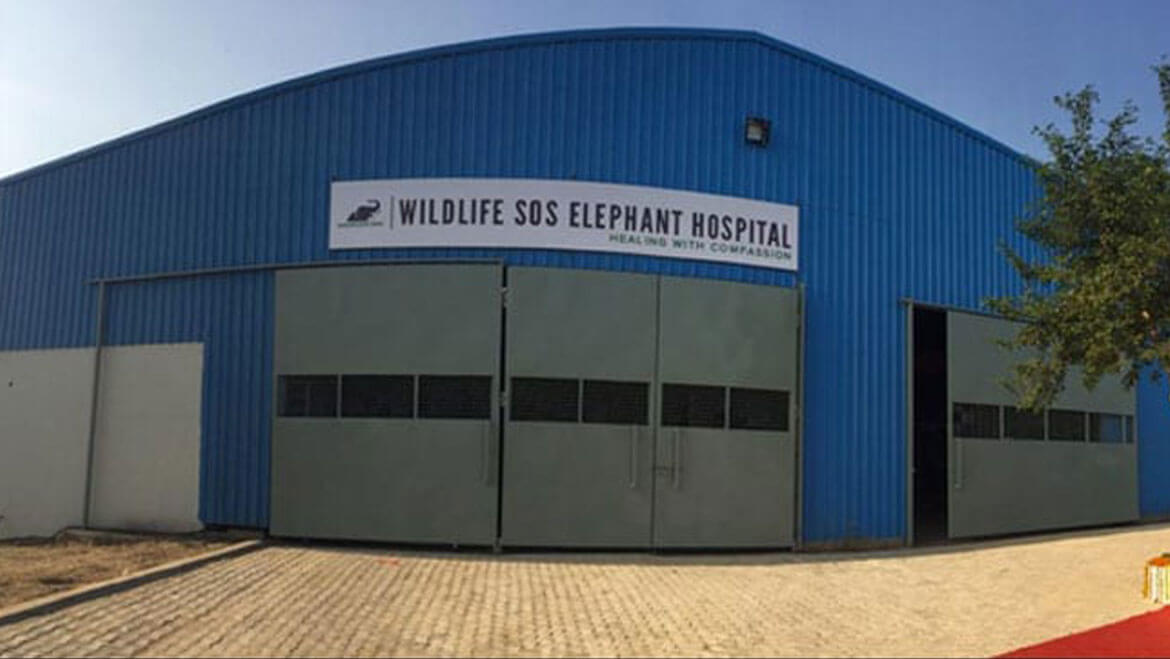 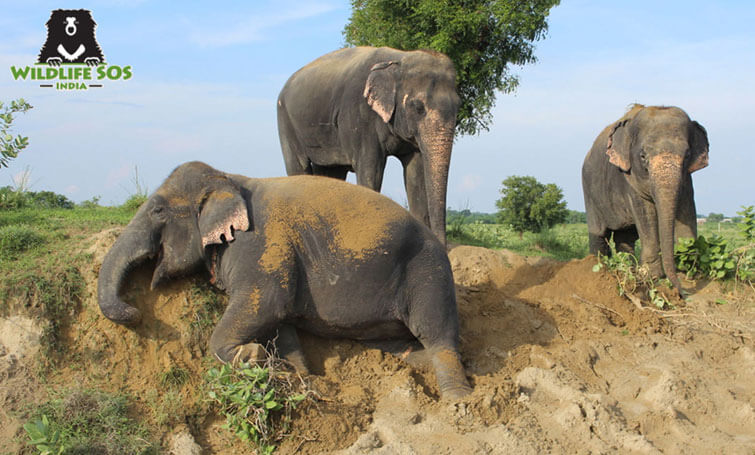 Conservation NGO, Wildlife SOS has been an active contributor in the conservation efforts carried out in India and it has been attributed to rescuing many endangered species of animals. Wildlife SOS in collaboration with Uttar Pradesh Forest Department have started a new and India’s first Elephant hospital near the city of Agra, Uttar Pradesh. The hospital would have all the modern equipment needed ranging from – Dental X-Ray, Digital X-Ray, Laser Treatment, Thermal imaging, Hydrotherapy, Ultrasonography and Quarantine facilities. The hospital is located near the Elephant Conservation and Care Centre (ECCC) in the Farah Block of Mathura. The hospital would be run by Wildlife SOS with assistance from Uttar Pradesh Forest Department.

The Wildlife SOS Elephant hospital is designed to treat sick, injured or geriatric Elephants and the hospital is equipped with medical hoists to life Elephants who are in need of critical care. Some of the other facilities available in the hospital are pathology lab, digital weighing scale and Elephant restraining device. The hospital also has an observation deck which would allow the veterinary students and interns to learn and observe treatment routines of Elephants.

The recently built hospital is huge in size with a built-up area of around 12,000 sq feet with an observation area to monitor Elephants overnight using infrared Closed-Circuit camera. Wildlife SOS would also organise training programs to empower people and spread awareness about wildlife protection efforts ongoing in the country. 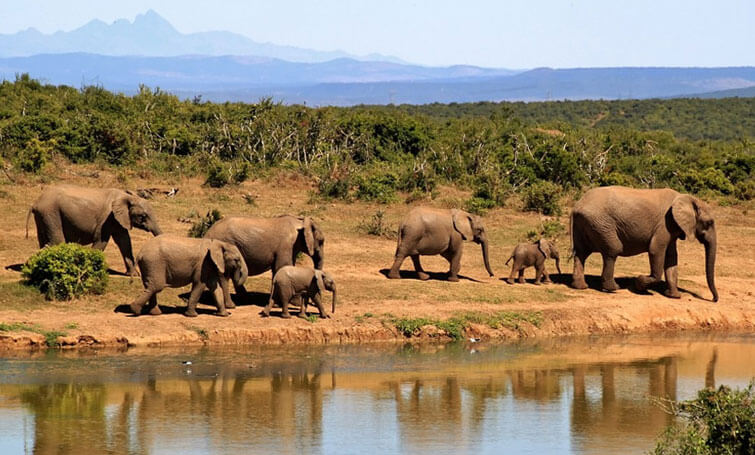 Maneka Gandhi, Minister for Women and Child Development was seen stating that it was praiseworthy that the majestic animal is deserving the care and attention it needs. She also highlighted the cultural significance of Elephants that have been prevalent for centuries now.

Anil Kumar, Commissioner of Agra congratulated the NGO and said that Agra has one more reason to be world famous with the inauguration of the first Elephant hospital in India. He said that Agra now has the famous hospital apart from the famous Taj Mahal.

CEO and Co-Founder of Wildlife SOS, Kartick Satyanarayan said that this is a huge achievement and a milestone for Elephant conservation in India. He believes that the hospital would allow the NGO to provide assistance and care for Elephants in distress. He is hopeful that the hospital would place India on the map as a scholarly destination for Elephant conservation and humane management of Elephants which will boost the Elephant protection efforts in India. 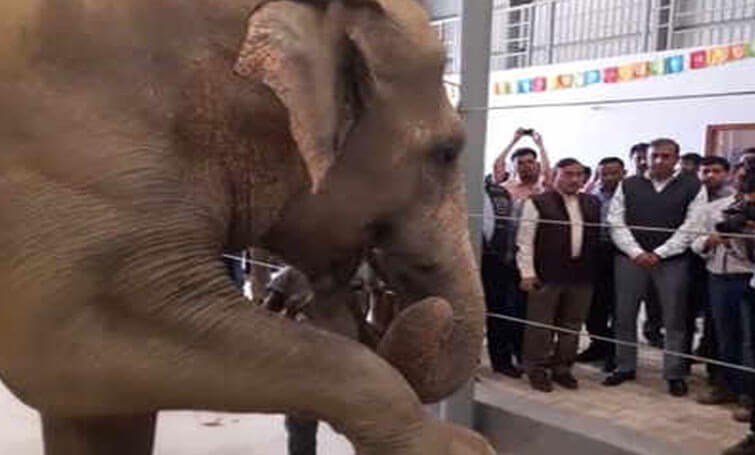 Co-founder and Secretary of Wildlife SOS, Geeta Seshamani was seen stating that the trained staff and doctors of Wildlife SOS will work round the clock to provide medical assistance to the Elephants in need. Since they cannot change the past suffering, they can actively work towards providing a better future for the majestic animal and give them the basic courtesy of a decent life, free from human suffering that they deserve.

Wildlife SOS is also attributed for establishing the Elephant Conservation and Care Center in 2010 which is currently providing lifetime care and medical treatment to over 20 pachyderms who were rescued from illegal captivity. Wildlife SOS has been a vocal and an active participant in wildlife conservation efforts in India. 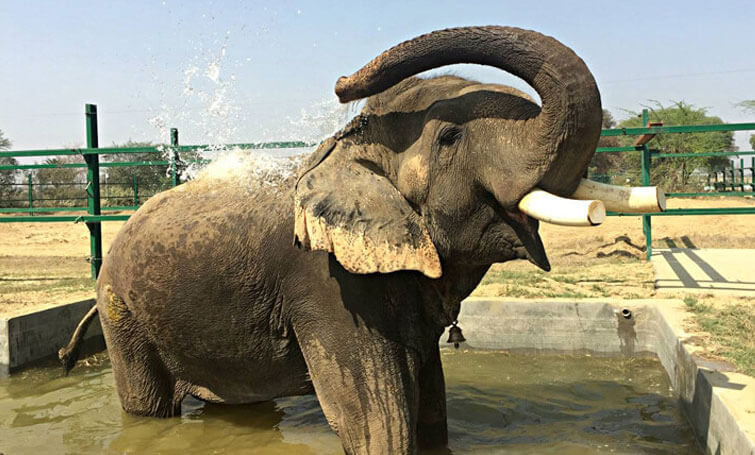 The Hospital has been inaugurated and both Wildlife SOS and Uttar Pradesh Forest Government are optimistic and hopeful that the hospital would help tackle the issue of Elephant deaths in India. They hope to preserve and protect the Elephant population in India.

I, on behalf of every wildlife lover, salute the efforts of Wildlife SOS and Uttar Pradesh Forest Department for establishing an Elephant Hospital. This was much needed and I hope it continues to help conservationists protect the majestic animal.