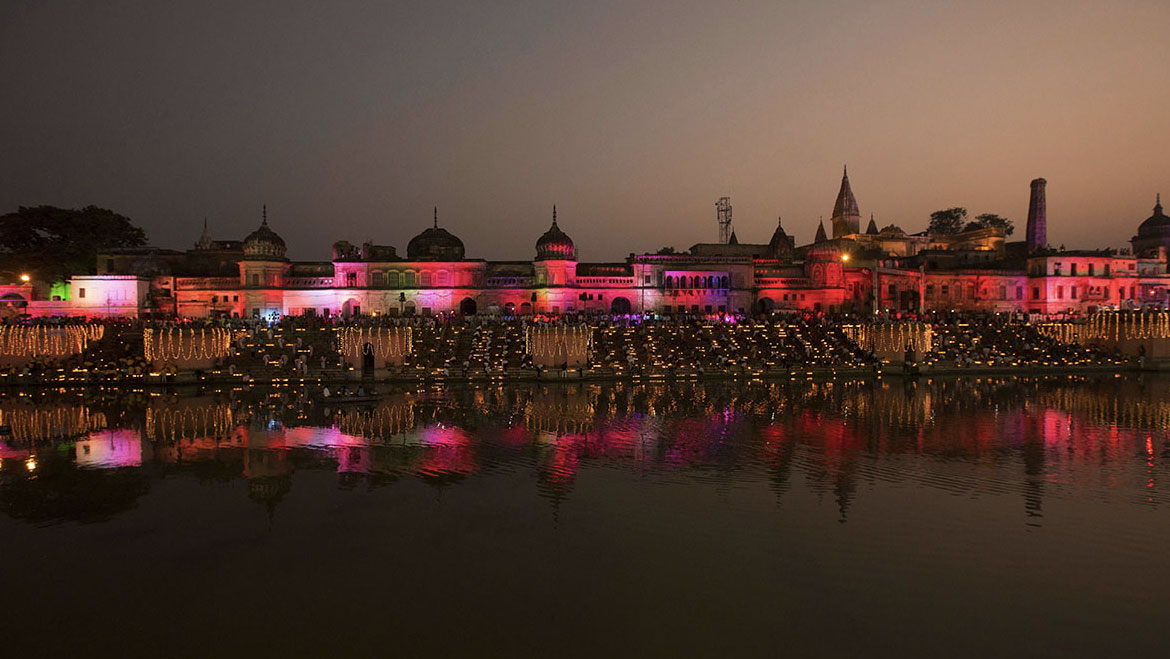 In a few days from now, Lord Rama shall come back home and the elated people will welcome him (LIKE ALWAYS) by lightening diyas, fireworks and disseminating sweets and gifts. Diwali DOES brighten up people’s mood, businesses and frankly the entire country! India being such a culturally diverse country, the ways of celebrating Diwali are many, and the festival has many names like some call it Lakshmi Puja, some name it Kali Puja and few others call it the festival of North India. The truth is everyone celebrates it in one way or the other, BUT the social significance of Diwali remains the same.

If we look at it, Diwali is the ideal time to witness the diversity of the country; it is indeed intriguing to see the variations in the manner of celebration. However, the social significance of Diwali remains the same for everyone in which they try to bridge gaps in relationships by forgiving and lending a hand in uplifting other’s interest. There is so much more to Diwali than just lighting up Diyas and bursting crackers! This year the festival of light in India will be celebrated on November 14, 2020 and if you are in a dilemma as to where to go to see Deepawali celebrations in India, then this list below might help you choose the right place.

Celebrating Diwali in Haridwar and Varanasi can be an ideal suggestion. As the evening sky grows darker, the devotees throng the Ghats on this major Hindu festival to light diyas before leaving them on the river to float, which has long been the tradition. Gradually thousands of diyas float on the water; the view is splendid; it seems as if the stars have fallen on earth. The continuous fireworks and the special evening Aartis sanctify the entire ambiance.

Watch the Golden Temple Dressed like a Bride in Amritsar

The graceful Golden Temple in Amritsar is where you can look forward to enjoy an unforgettable Diwali celebration. Given the fact that on the same day as Diwali, the Sikh celebrates Bandi Chhor Divas, which marks the celebration of the return of the Sixth Sikh Guru, Guru Hargobind Ji from Mughal imprisonment, the Golden Temple is draped in lights. The floating diyas illuminate the Sarovar and one can soak in the spiritual ambiance that is often invigorated by the eco of Kirtan (prayer). Watch the city bathe in light and take delight in the culinary here on Diwali.

Cheer as Narakasura Demon is Set Ablaze in Goa

Setting Narakasura, a demon (According to Hindu Mythology), on fire is the tradition of Goa and is also one of the major events on Diwali festival in India. A day prior to Diwali, a big competition is held in every village and city to see who can make the biggest effigy of Narkasura. These effigies are then set ablaze at the dawn of the Diwali Day, which symbolizes the triumph of good over evil. On the day of Diwali as the saying goes ‘Mauka bhi hai aur Dastoor bhi’ you might like to go and try your luck in gambling at one of the casinos in Goa.

Set Your Eyes to the Sky in Mumbai

Although nothing different happens on Diwali in Mumbai, the view of the city is however worth witnessing. Firework is the main attraction here that eventually illuminates the night sky. The best place to witness firework in Mumbai would be Marine Drive, where the already glittering Queen of Arc makes for a perfect background.

Light the Way for Your Fore Fathers in Odisha

In Odisha, Diwali festival is celebrated by remembering one’s forefathers. Kali Puja is performed on the eve of the festival and the family members light up jute sticks and chant the mantra (“O forefathers, come to us in this dark evening, we light your way to heaven. Having Mahaprasad, may you attain salvation on the 22 steps of the Jagannath temple of Puri”) for the deceased. It is a different experience and of course one of the greatest as well; so if you wish to do something new this year, you can visit Odisha.

Paint the Thresholds Red in Kumaon

With other common preparations of Diwali, an important Indian festival in Kumaon (Kumaon region is the sub-division of the state of Uttarakhand) the threshold of one’s house is painted red. Geru (filtered red soil) and Rice solution (the rice is soaked in water and then is grinded to make a fine paste) is used to draw on the doorstep. This art form is called Aipan, in which a thick layer of Geru is first poured on the doorsill and then with the help of a paint brush patterns are drawn with the rice solution. According to the Kumaoni people, this is the way of welcoming Goddess Lakshmi to their home. Along with other beautiful patterns, the footprint of the Goddess Lakshmi is also drawn.

Shop till You Drop during Diwali in Jaipur

To enhance the joy of Diwali in Jaipur, a big shopping festival takes place. Known as Jaipur Shopping Festival, it is organized by the trade union in Jaipur in order to promote trade in the state. Small and big markets in Jaipur participate in the shopping festival, which means that shoppers have a large range of items to choose from. Cultural shows andperformances, polo and golf tournaments are also organized to grab the attention of the people. It is indeed one of the best places to visit in Diwali.

The dates of Kali Puja and Lakshmi Puja (Diwali) coincide and West Bengal chooses to perform a puja for their beloved Goddess Kali on Diwali. The best place however, to witness the Kali Puja in West Bengal is Kolkata. A day prior the Puja, the entire city is bathes in the light of candles, colorful electric bulbs and diyas in order to celebrate the commencement of the important day at midnight.

Pour Oil in Lamps in Purushwadi

Purushwadi is a small village located atop a hill along the Mumbai-Nashik highway. The families in the town organize bonfires on the night of Diwali and cook local food. On the other side children go from door to door, singing traditional songs and asking each household to pour oil into their oil lamps, mounted atop a handmade bundle of sticks. It is a nice tradition and a unique one as well; so if you are considering a peaceful Diwali Festival 2020 (no fireworks and crackers), then Purushwadi can be an ideal place.

Another destination that I would like to mention is Sivakasi in Tamil Nadu. This place holds importance for the fact that this is where 90% of the fireworks used in Diwali in India come from. The illuminated sky on Diwali owes much to this small town and makes us realize the fact that every big thing has a small beginning! Have a Great Diwali!