5 Best Places to Watch the Ramleela in Delhi 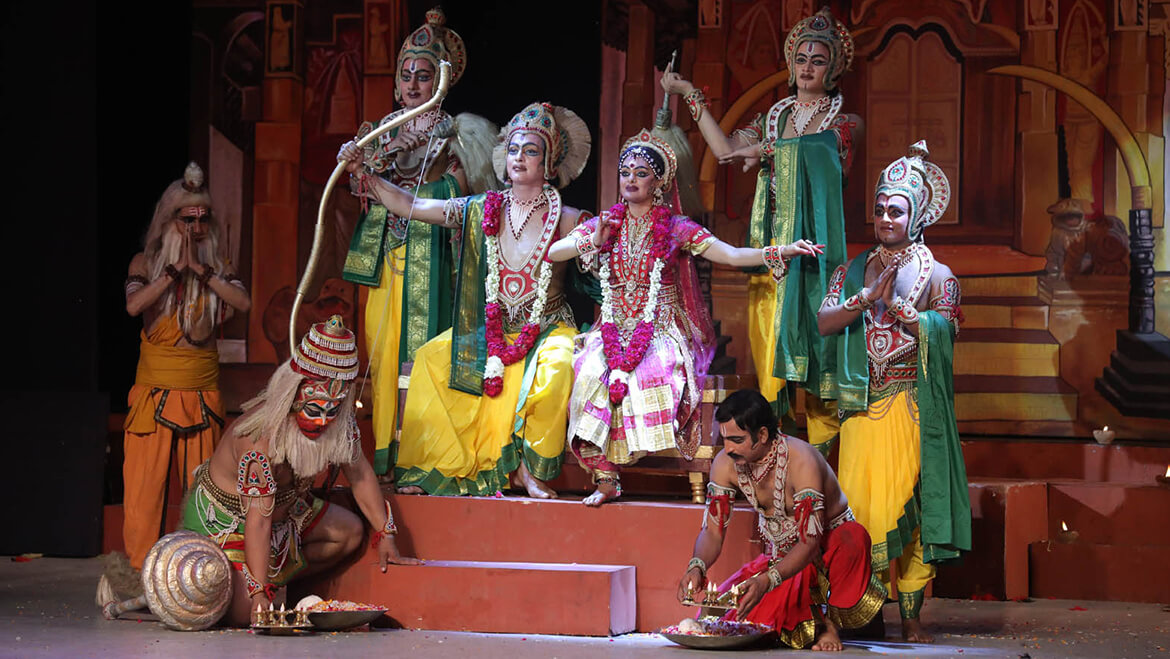 Once a year, during the Hindu festival of Navratri, the whole of Delhi, or at least, the major part of it, gears up to celebrate the Ramleela. Despite the advent of televisions, mobile phones and other modern day distractions, the appeal of Ramleela remains as strong as ever. Children as well as adults are equally thrilled to watch the reenactment of the life of Lord Rama. The exploits of Lord Hanuman and Lakshmana fascinate the audience as much as the burning of the effigy of Ravana on Dussehra (also known as Vijayadashmi). There are many places which host the Ramleela in Delhi, and you must certainly be familiar with the most popular venues. You must have visited many of them since childhood, and have special memories attached to them. While there is no taking away from any of that, we are here to tell you the best places to watch the Ramleela in Delhi. These places have gained enormous popularity over the years, and it keeps growing with every passing year. Check out these places and decide for yourself which one of these Ramlila pandals in Delhi will you visit during the next Navratri. 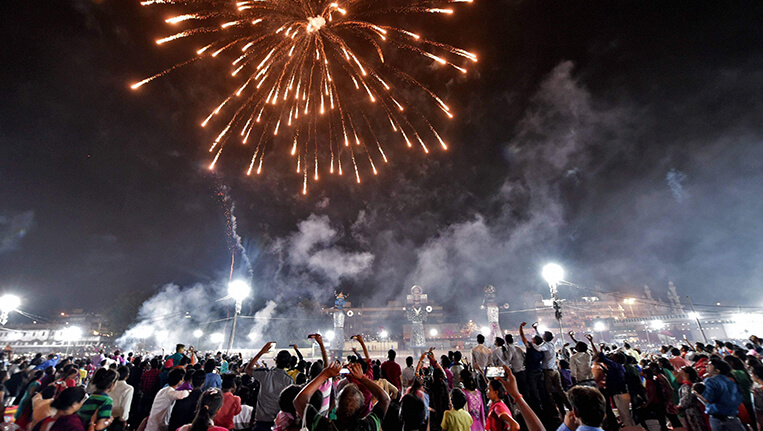 Of the many places to visit for Ramlila in Delhi, Ramleela Maidan occupies a special position, both for its historical significance and the grand spectacle that it offers. The maidan itself has come a long way, from originally being a large pond to hosting several happening events. However, it is the Ramleela that it is most famous for. Every year, during the occasion of Vijayadashami, crowds pour into the ground in large numbers to witness the burning of the effigies of Ravana. As the flames engulf the effigy, the crowd which is present in thousands chant “Jai Shri Ram”, or, Victory to Lord Ram. The Ramlila held here also has a historical significance, since it was first started by Bahadur Shah Zafar for his HIndu subjects.

Details on Festivals Celebrated in Delhi 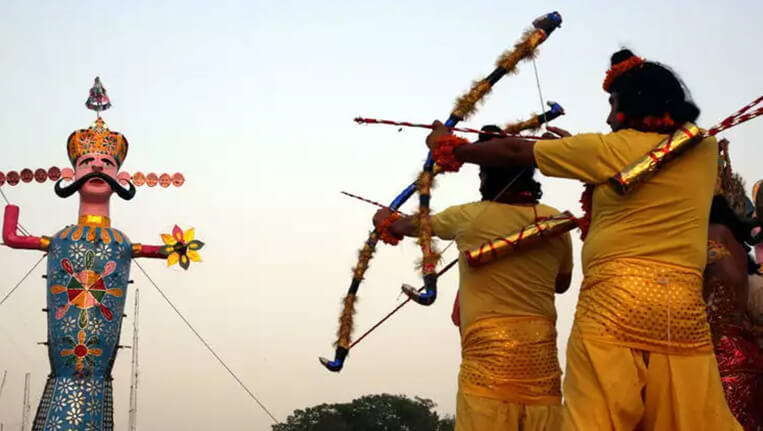 Subhash Maidan is another great venue to watch Ram Leela in Delhi. It is conducted by the Shri Dharmik Lila Committee, one of the oldest associations in Delhi. The event which is held here is so popular that it is attended by several Bollywood personalities too. While the Ramlila is reason enough to visit it, what makes it one of the best venues for celebrations for Dussehra in Delhi are the delicious and tempting snacks and street food at the various stalls. 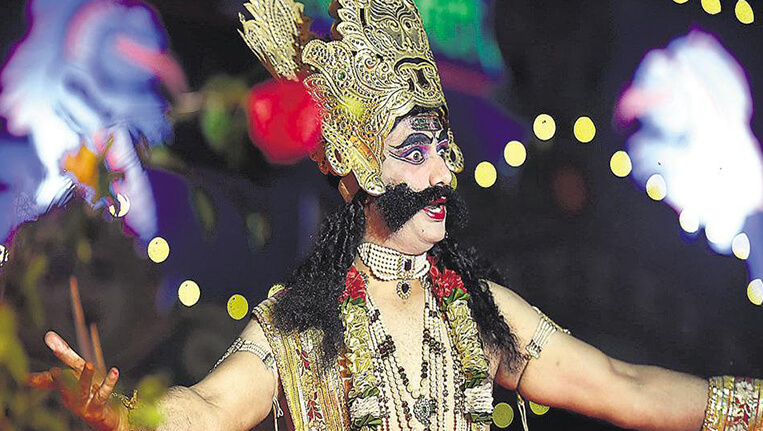 You should go to watch Ramlila this Navratri at Red Fort Lawns for two reasons. One is the lip smacking food and the second is the gigantic Ravana. Organised by the Nav Shri Dharmik Leela Committee, it makes use of lighting and technology to draw the young crowd in large numbers. The effigy of Ravana is considered to be one of the tallest in Delhi, and is a major draw in itself. Visitors can also enjoy the entire event live through a periscope. But wait, the Navratri festival celebrations get better here, as there are numerous food stalls that serve a variety of cuisines. It would be a great idea to come along with your kids, as they can have a great time at the little amusement park. The lawns are also dotted with small shops that sell clothes, bangles and a lot of other stuff.

Plan Your Holiday to Top Destinations near Delhi in any Season 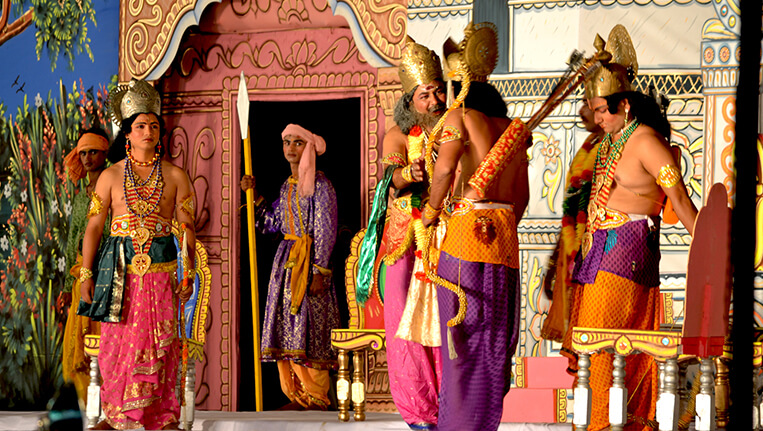 You should go to watch Ramleela at the Shriram Bharatiya Kala Kendra if you are a fan of classical dance and music. The highly trained dancers put on a brilliant show, leaving audiences captivated. The institution has been organising this show since 1957. The reenactment of the Ramayana through brilliantly choreographed dance moves is so popular that it attracts visitors from abroad. To cater to them, the institute translates the program into english on large projector screens. Although you will have to buy a ticket, the experience is certainly worth it.

Top Pandals to Visit During Durga Puja in Kolkata 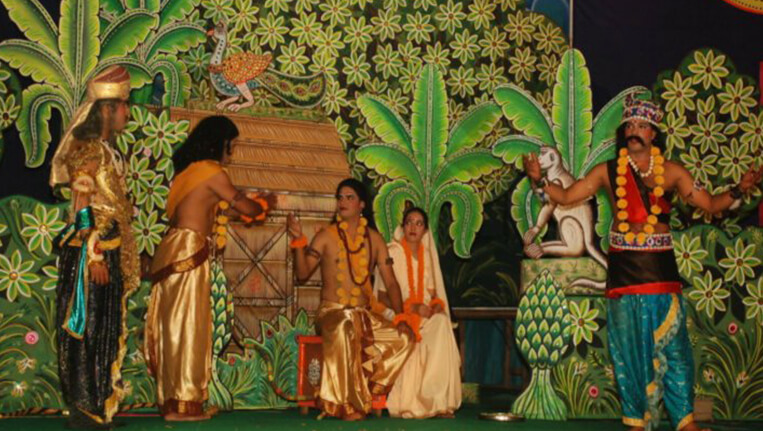 If there is a must visit Ramlila pandal during Dussehra celebrations in Delhi, it is the one, set up by the Shri Ramlila Committee in Punjabi Bagh. It draws enormous crowd, with its popularity being so widespread that even television actors and actresses visit it. Children can amuse themselves with swings and food stalls, while the food stalls serve delicious street snacks to visitors.

So, these are some of the must visit Ramlila pandals in Delhi where you can enjoy the Ramleela to the fullest. The best thing about each of them is that they provide a unique experience. Navratri also coincides with the festival of Durga Puja, and these must visit Durga Puja pandals in Delhi are a good reason to go pandal hopping.