Movies, Shows, Documentaries That Highlight the Spirit of Traveling 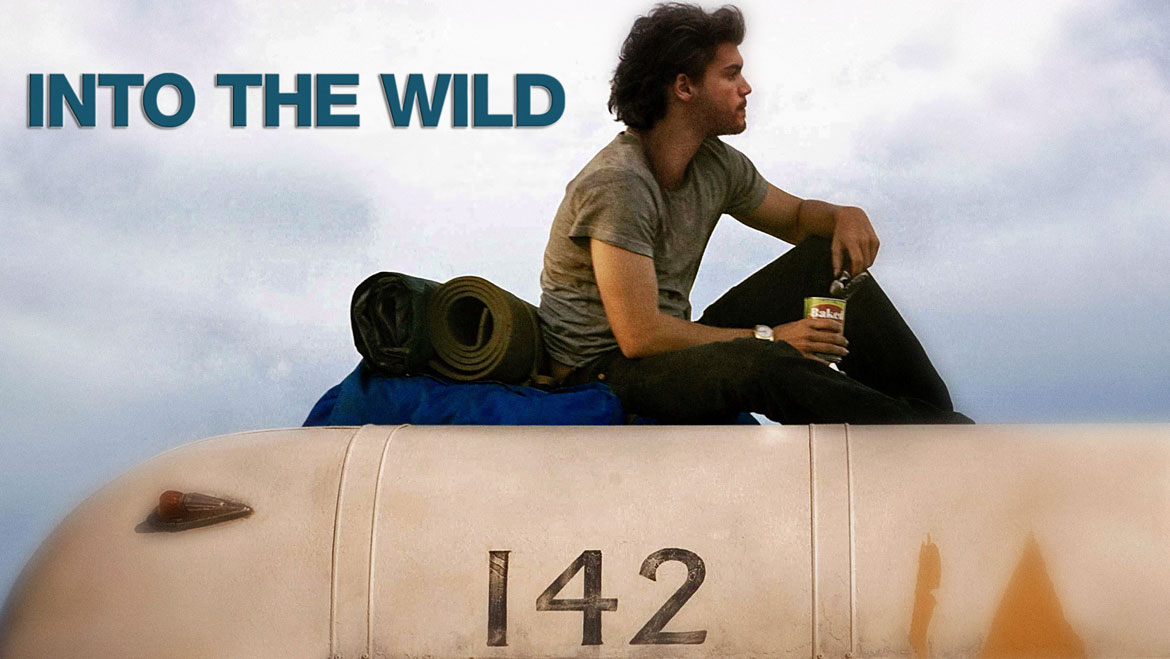 We all aspire to travel. Some of us pack our bags and just do it while others keep on planning. Travelling has become an essential part of our lives. To get over the mundane life, to explore something new, to discover oneself, to relax — each of us travel for different reasons but behind different reasons lie one common emotion, the spirit of travelling. That spirit keeps us alive, keeps us happy and encourages us to travel more.

In the recent times, there have been a gradual rise in movies, series, documentaries highlighting and celebrating this spirit of travelling. Some are from a business perspective but all of them share the joy of travelling. So, while you sit at home this weekend and plan your next trip we suggest you to check out the list of 13 movies, series and documentaries that highlight and celebrate the spirit of travelling. They are not all fairy white as some of these documentaries take you to the dark side of travelling, taking you to some of the most dangerous places on Earth. But still they succeed in delivering the message, “Travel more, Know more”. So, check out the list and binge watch over the weekend.

Each one of us dreams to just pack our bags and explore each and every country on the map and Justin Lukach and Scott Wilson do the exact same thing. Friends since childhood Scott and Justin go on to explore the world alongside their cameraman Andre Lupus. The show highlights the good and bad of travelling with a friend, ups and downs of travelling in an alien country. The show expresses purest of travelling emotions and throughout the duration of show you will witness Justin and Scott growing up and you growing up with them. Packing and leaving everything behind to travel for a year might seem fancy but the show with its blunt honesty tells you how it’s not always easy. Available on Netflix, stream this show now.

Duration: 3 Seasons, a total of 42 episodes.

BBC with its nature documentary Planet Earth revolutionised the way documentary was shot and with BBC Planet Earth II, the viewers are taken on an adventure of the globe. Taking you to different terrains ranging from ocean, mountains, desert, forest, land and cities, the documentary apart from being educational is also an amazing travel guide. The scenes of exotic locations are bound to give you travel goals. Sir David Frederick Attenborough is at his usual best in giving the voice over for the documentary series.

Duration: A total of 6 episodes, each being one hour long.

Do you ever feel like you don’t belong where you are right now? Do you ever feel trapped in your daily life, bounded by social responsibilities and mundane routines? Then this is the movie tailor-made for you. Into The Wild is the movie about self-discovery, while discovering and exploring the wild. A real-life story of Christopher McCandless, who after graduating from Emory University, Atlanta, USA feels like doesn’t belong to the place he was living in. In order to seek an abode in nature, he leaves his old life behind to go onto exploring and surviving in the wild. A tale of self-discovery, the monologue of the protagonist will make you question your established options.

Best Beaches And Seaside Getaways In The World

For all the photographers out there this is a movie you just can’t afford to miss. A story of an estranged father and a son going on a road trip to get processed the last film of Kodachrome, the story talks about the relationship dynamic of an estranged father and a son. Matt Ryder(played by Jason Sudeikis) who is record executive, who might lose his job because of his inconsistency to sign big stars is surprised when Zooey Kern (Elizabeth Olsen), assistant of Matt’s father, approaches him and tells him about his dying father. The story revolves around the road trip adventure of the father-son duo who try to understand each other. The theme of finding oneself while travelling his highlighted throughout the movie. Available on Netflix, watch it for excellent cinematography.

A bachelor’s trip across Spain in itself seems to be an excellent premise for a movie but Zindagi Na Milegi Dobara is not just about 3 friends going on a trip to enjoy. It’s a journey of self-discovery and self-improvements. Three childhood friends who now live in different countries go on a road trip across picturesque Spain on a bachelor’s trip. The perfect 3 stage storyline talks about urban issues and the movie asks you to live, rather than plan. Self- growth is an essential part of every travel movie but Zindagi Na Milegi Dobara, a Bollywood movie, is a complete package which talks about love, friendship, family, self, and the world.

This one is little out of the box, it’s a horror movie for a start but it is set in the breathtaking backdrop of Norway. A group of four friends who go on a hiking trip after one of their friend is killed, the team gets stuck because of one of the hiker injuring his knee. The team takes a shortcut through the jungle and this is when the trouble begins. The movie maintains the tension and suspense and throughout the movie, the characters are constantly getting to know a new aspect of their own self. The movie is a good depiction of how going offbeat can sometimes be dangerous, in an alien land. So, beware next time you go on an adventure in the woods or mountains.

Travelling isn’t always black and white, there lies a grey area and the series focuses on that grey area. A growing trend known as Dark Tourism refers to visiting places which are deemed unsafe. One of the best travel documentaries on Netflix, this co-venture between Netflix and Vice takes New Zealand filmmaker David Farrier to some of the most unsafe places on Earth. It’s a travelogue depicting the black side of fairy white travel tales. Highlighting the point that travelling isn’t always about visiting good places, a true exploration in all sense, Dark Tourist takes us to the dark side of the world. Watch it to explore the unknown traditions, cultures, and societies existing in the world.

Duration: A total of 8 episodes, each being 40 minutes long.

Paragliding Tour to Bir Billing – Adventure in Lap of the Himalayas

“We can’t become the criminals we are fighting against,” says Dr. José Mireles, a physician turned leader of a vigilante group in Mexico named Autodefensas. The story is about the ongoing Drug problem along the US – Mexico border and in Mexico. Travelling takes you to different places, allows you to interact and get acquainted with the local culture and this Oscar-nominated documentary does the same. Highlighting the drug problem in Mexico and people standing up to take back what is rightfully theirs, Cartel Land is a heart-pounding ride of the front line of the battle. A constant struggle to determine what’s right and not, it’s an inquiry into the morality of the people.

Every trekker dreams of summiting the tallest mountain in the world. Like every year some of the most experienced trekkers prepare to conquer the beast, when they are hit with a deadly blizzard. The story of survival, determination, passion, and dreams, Everest traces the emotions and experience of every trekker who comes to Everest to defeat the giant. The blizzard of 1996 has been the deadliest till date, killing 12 people during the season. The list of deceased consisted of experienced trekkers like Rob Hall and Andy Harris. The movie captures the wrath of Himalayas perfectly but at the same time inspires you to conquer the unthinkable.

Detailed Itinerary for Best of India Tour in 50 Days

To what extent would you get to satiate your hunger for adventure? That’s the question the documentary film keeps asking its viewer. We all wish to do the unthinkable, achieve what seems impossible and explore the places nobody has ever dared to. Jeremy Jones alongside his daredevil crew takes on the adventure of a lifetime, going into places nobody has ever ventured to. A second instalment in the Deeper series by Jeremy Jones, the team tread into the unknown to create an adventure of their own. The film opens with the team climbing the Japanese Alps and skiing down the mountain. An adventure like these keeps us inspired and motivate us to come out of our comfort zone and push our limits. Adventure is all about that, isn’t it?

A story of 26 years old Matthew Van Dyke, who is from a well to do family feels he hasn’t accomplished anything in his life. In order to grow up and achieve something, he goes on a self-declared “crash course of manhood”. With a motorcycle and a camera, he goes on to explore Africa before reaching the Middle East. Over there he experiences the ugly side of war, where he trains with US troops, who are more than happy to smile for his camera. On his journey to Libya, Matthew makes friends with local Libyans alongside whom he fights in the Libyan War. A journey of exploration, a rite of passage, Point & Shoot highlights the existentialism and individualism. Watch it for the Point of View(POV) cinematography and an amazing ritual journey.

Under An Arctic Sky

What are you willing to do to fulfill your passion and your appetite for adventure? Chris Burkard and his team of surfers alongside filmmaker Ben Weiland embark upon a journey of Northern Coast of Island. Known for its treacherous waters, Iceland is not a welcoming host. Despite rough weather conditions on land and in water Chris and his team is determined to surf in the Icelandic water. Pushing their own limits and limits of what’s doable, the movie highlights the spirit of adventure without undermining the danger of such an adventure. A short 40-minute documentary will take you across the scenic Iceland terrains.

Living On One Dollar

What would you do if you had one dollar? Can you survive for a day with just one dollar? An experimental project by 4 friends who spent two months in rural Guatemala on just one dollar a day to survive, this documentary is as hard-hitting and as honest as it gets. Travel isn’t always about living in luxury or sleeping comfortably, travelling is also about exploration, be it exploring a new land, culture or exploring their own selves. Winner of multiple awards, Living on One Dollar is a response to your statement that you don’t have enough money to travel.

6 Nights / 7 Days Vietnam at a Glance