A Visit to McCluskieganj, a Quaint and Lesser-Known Hill Town in Jharkhand 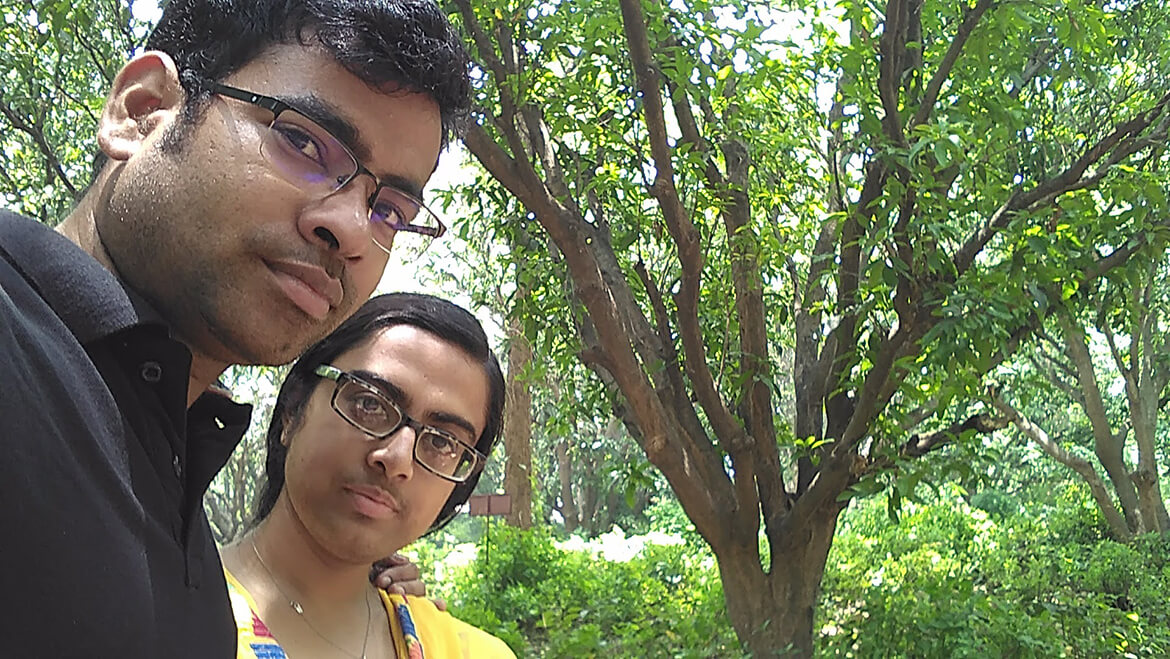 This informative blog has been contributed by Dr Gargi and Neel, a couple from Bengaluru enjoying travelling, photography and writing. The write up offers details on the lesser-known hilly town, McCluskieganj in Jharkhand which you must visit if you enjoy exploring offbeat places in India.

Finally, it was a day off our busy schedule. It has been many days that we have planned to visit McCluskieganj; a tiny village and an offbeat hill destination in Jharkhand. We have heard and read so much about the scenic beauty of this place from our childhood days. McCluskieganj has found an important place in the literary works of famous authors from both India and abroad. This lesser-known hill station in Jharkhand was recently highlighted in a Bollywood movie. We would have missed a lot had we not paid a visit to this idyllic village which is just 65km drive to North-West from Ranchi, the capital of Jharkhand.

Why You Must Visit These 15 Ancient Cities in India

It was a bright Sunday in June and we set off in our little car to explore this part of Jharkhand set amidst the bounties of nature. We were driving with Google Map as our ongoing guide. Approximately 16 km from the Ranchi Railway Station, on our way, we came across a huge lively crowd on the ground outside the palatial bungalow of the Ratus.

About Ratus and Their Bungalow

The Ratus have ruled over a period of 2 millennia (as per locals) in the outskirts of Ranchi. Their inheritance are still considered as very generous rulers by the local people. People from near and far come to visit this place on two occasions every year. The palace is open to the general public during the Durga Pujas where one can directly offer sacrifices to the age-old traditional idol of the Goddess Durga of the Ratus. A fair is also held annually outside the palace on the sacred day of Rathyatra which buzzes with cheerfulness of the visitors. People come from different strata to this fair to buy and sell their wares and the place smells of oven-fresh jalebis, samosas and papads. 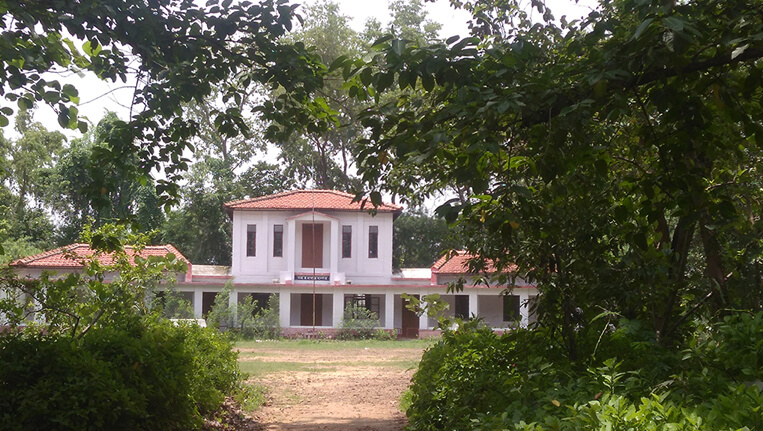 After driving for approximately half an hour after crossing the Ratu, we found ourselves meandering through a road which has dense woods on both of its sides. We crossed many villages of Jharkhand on our way. At times we saw people on the sides of the road selling freshly plucked mangoes. The motorable path smelled of fresh greenery and was buzzing with the sound of cricket. Nature was abound with a multitude of beautiful, vibrant coloured butterflies. Very few people were visible on this quiet thoroughfare. The people appeared to be simple and contented with a happy-go-lucky attitude.

McCluskieganj as We Saw It

We saw buildings of Gothic style once we entered McCluskieganj. Mostly they were bungalows with an open space in front of them for gardening. The architecture of these bungalows reminded us of the Anglo-Indian culture of this place which we have read so many times in different literatures. We saw a number of convent schools and hostels for students there which once again confirmed that this serene place, far from the humdrum of the societies was ideal to pursue education.

This place to visit in Jharkhand has a railway station as well thus making it easily accessible to travellers. After crossing the railway lines, we went far inside the village to find ourselves on a street between the woods. The mud houses of the village were located in the shadows of big trees. There were bungalows on both sides of the street in which there were huge mango orchards. We went to one of these bungalows and asked for mangoes to buy. They sold us fresh, ripe from tree, juicy and delicious mangoes at a very reasonable price; the people were very hospitable also.

Through this street covered on both sides by dense forests, we went far till the Degadegi River which has a pool over it. Unfortunately, all water of the stream had dried up due to the scorching summer. We learnt from the locals that the bank of this river is famous as a picnic spot. 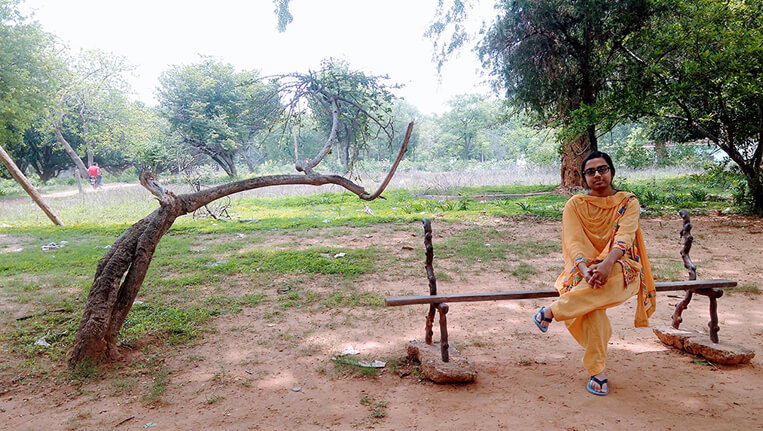 About Jagriti Vihar, the Seat of knowledge

The famous “Jagriti Vihar” is located at this place which invites foreigners from different parts of the world every year during the winters for seminars on social issues. “Jagriti Vihar” has many orchards inside it and there is also a school inside. One finds it rejuvenating to walk through the woody trails inside Jagriti Vihar.
We met one elderly person there who shared many thoughts of wisdom with us. He was one of the patrons of the annual social meet who enlightened us with many current social issues the world is going through. We hope to look forward to attend one of these sessions. He was popular among the locals, and many students were coming and touching his feet.

On our way back to Ranchi, we stopped at a place in the village of Dulli which is named as “Sarba Dharma Sthal” marking it the seat of all religions. Within an open boundary, a temple, a mosque, a church and a gurudwara have been constructed side by side giving a clear message to the different faiths to live cohesively and not to create divisions based on religion.

One finds peace deep in the heart while sitting under the big banyan tree and feeling the cool breeze under a clear sky. This is the place where one can spend hours enjoying one’s solitude. The world full of conflicts among different religions appears bizarre when one watches this place from the perspective of its maker. We felt so relaxed here, we had lunch with the freshly bought mangoes, and had an afternoon nap under the shade of the big banyan tree.

Where to Go on a Summer Vacation in India with Family? 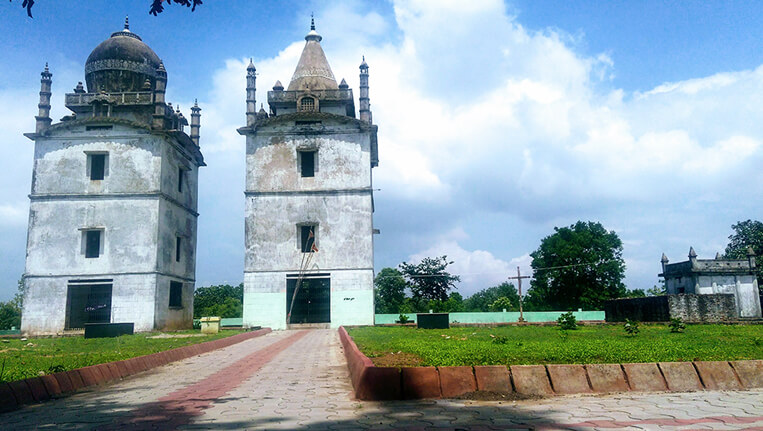 We set off towards Ranchi before sunset. McClucksieganj left a sweet memory in us. It is surely an easy weekend getaway from where one returns with tranquil refreshment, waiting for another sojourn when circumstances permit. It is one of those idyllic villages in India where one likes to come back for a respite without much planning beforehand. As we were retreating back towards the crowd again, on looking back, it appeared to us “When evening falls in the quiet open spaces, like a parting in the hair, the narrow path that cuts through the thick forests…” (quotation from Rimli Bhattacharya’s translation of Aanyak, by Bibhutibhusan Bandopadhyay)

Things to Know Before You Go

If you liked reading this blog by Gargi & Neel, you will also love their other blog on our site. Click here to read.