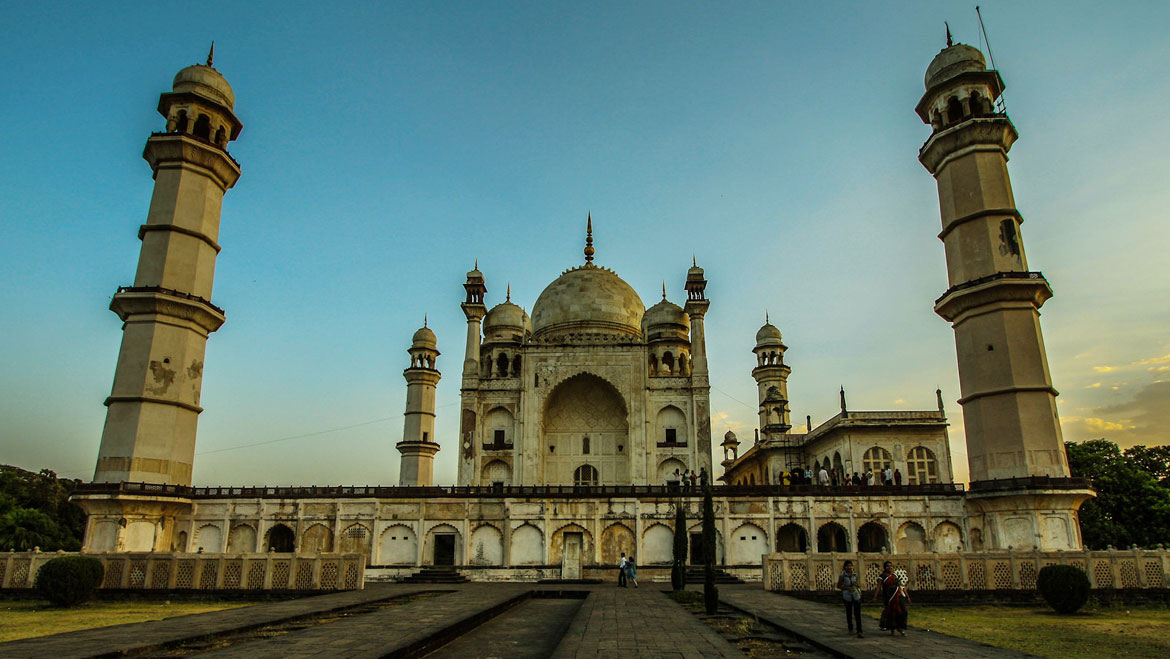 Planning to travel out on a long weekend but running short of destinations. How about a holiday in Aurangabad? No, we are not talking about Ajanta and Ellora, rather about a 5000 year old Crater Lake and a 14th century fort.

A medieval city named after the Mughal emperor Aurangzeb, Aurangabad is generally associated as a stopover destination to visit the famed Ajanta and Ellora caves, the most popular tourist attraction in Maharashtra. But, unknown to many, this quaint little district is dotted with pieces of history that go back to the 3rd century BC. These offbeat tourist activities and attractions are slowly gaining popularity among the weekend explorers on account of the popular tourist attractions being overly crowded during holidays.

Read on to know about the best sightseeing places in Aurangabad: 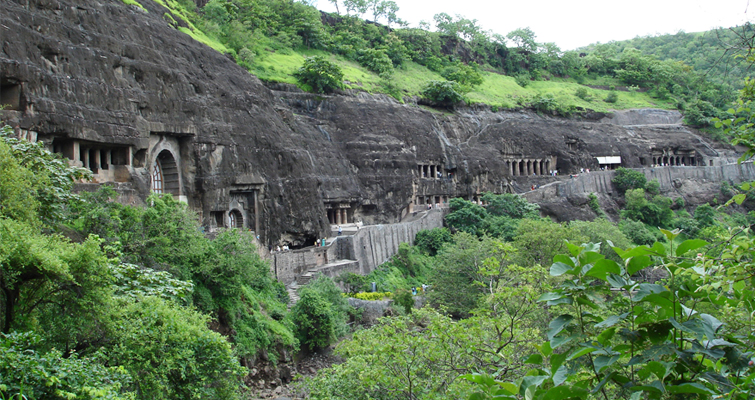 The most famous tourism destination in Maharashtra, the Ajanta caves are famous for the ‘frescoes’ which adorn the interiors of the caves. These 30 rock-cut Buddhist cave monuments, date back from the 2nd century and are considered masterpieces of Buddhist religious art. There are small crater like holes on the floor of the caves, which are believed to have acted as palettes when the caves were being painted. Much older than the Ellora caves, these were discovered purely by chance by a British office out for hunting. Some historians believe, the caves isolation from humanity is the reason behind the preservation of this wonderful artwork. These 2nd century caves were among the earliest monastic institutions in India. 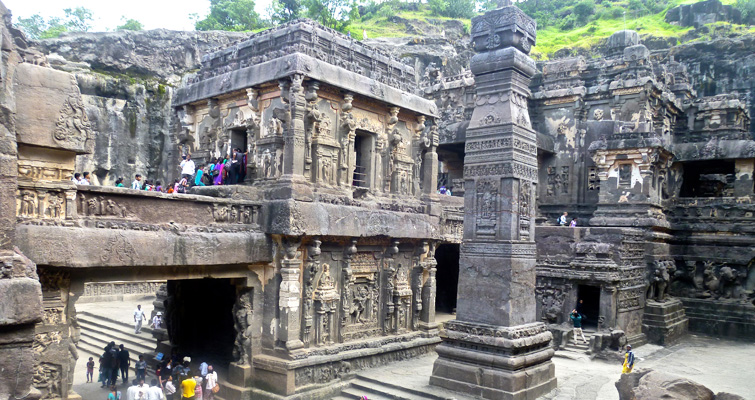 Though always referred together as Ajanta and Ellora caves, the Ellora caves too are a part of the famous travel destinations in Maharashtra. Unlike Ajanta, which has more frescoes or paintings Ellora caves have exquisite sculputures and less dramatic. Built between the 5th century and 10th century, these impressive complex of Buddhist, Hindu and Jain cave temples or the 34 “caves” have been excavated out of the vertical face of the Charanandri hills. Like Ajanta caves these too are UNESCO World Heritage Site.

Exploring the City of Pune 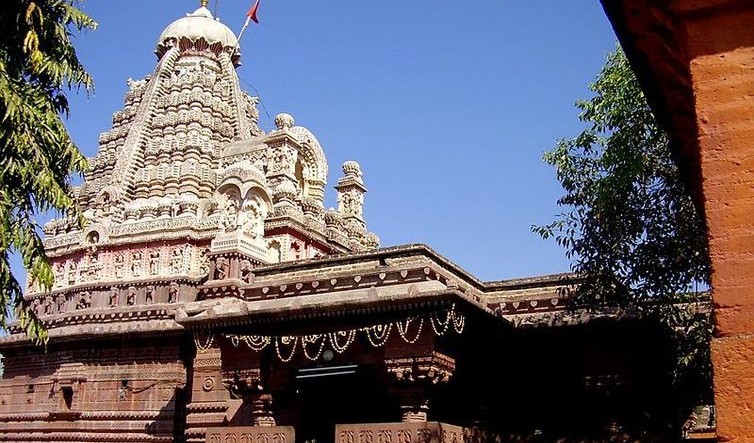 Being one of the 12 Jyotirlinga’s, the Grishneshwar Jyotirlinga Temple is a popular attraction in the religious tourism circuit of Maharashtra. Located about 30kms from Aurangabad, in a tiny village called Verul, Grishneshwar is believed to be the as the 12th or last Jyotirlinga on the earth. Built of red rocks, the temple was built pre-historic architectural style complete with 5 tiered shikhara. It is said, holy water springs from inside the temple. Male devotees are required to remove their upper body clothing before entering the temple as per tradition. 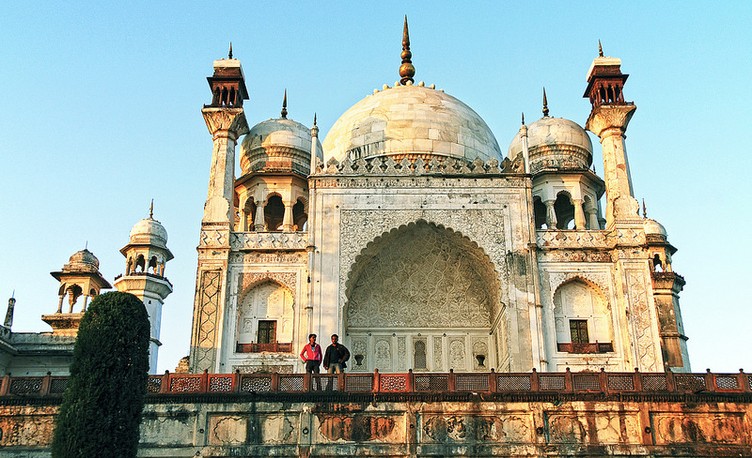 Bibi Ka Maqbara is a mausoleum built by Mughal emperor Aurangzeb as a symbol for love for his wife Dilras Banu Begum. Built in a hexagonal shape, on an elevated platform with 4 minarets on 4 corners it bears a striking resemblance to the iconic Taj Mahal at Agra. The monument has some intricate carvings and designs. As per historians, it was intended to rival the Taj Mahal but budgetary constraints by Aurangzeb resulted in a poor copy of the Taj. However, Bibi Ka Maqbara is the largest structure ever built by Aurangzeb.

Places You Must See in Mumbai 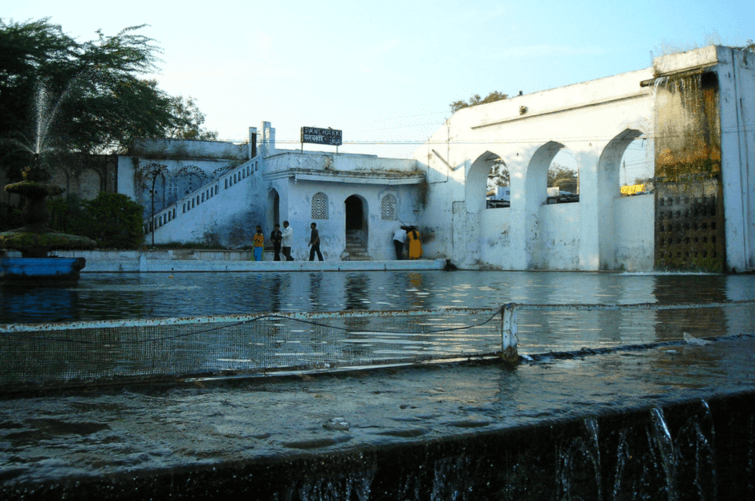 Panchakki, also known as the water mill was designed to generate energy, to turn the large grinding stones of the flour mill, by water brought down from a nearby spring on a mountain and is another classic example of medieval Indian architecture. The building is located close to the dargah of a Sufi saint, dargah of Baba Shah Musafir. The dargah complex consisted of a mosque, a madrissa, a kacheri, a minister’s house, a sarai and houses for zananas. This hydromill was used to grind grain for the pilgrims and disciples of saints. 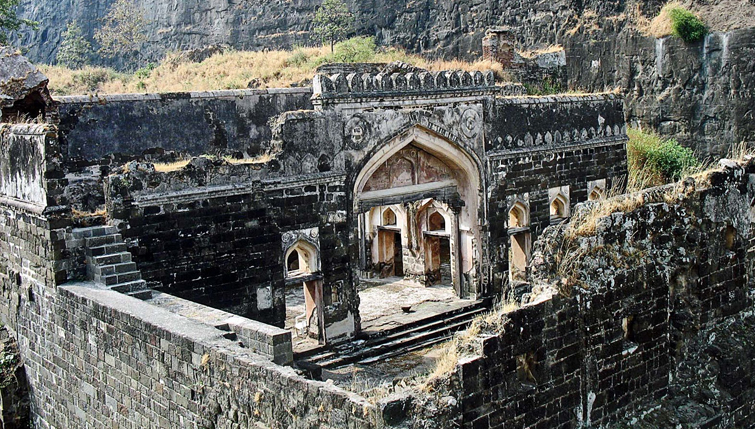 The Daulatabad Fort is a 14th century fort situated about 16 kms from Aurangabad, in a town called Daulatabad or Devagiri. Considered to be one of the seven wonders of Maharasthra today, Devagiri was famous in historical times as the capital of the Tughlaq dynasty, under Muhammad bin Tughlaq who was known to have shifted his capital between Devagiri and Delhi quite a number of times. Located on the top of a conical hill, this triangular fort also carries the distinction of having remained undefeated in battle.

Chini Mahal is a 2 storied castle located inside the Daulatabad Fort. What was once a beautiful mansion, inlaid with glazed blue and white enamelled encaustic tiles later served the royal prison during the reign of Emperor Aurangzeb. Patches of those porcelain tiles on the facade of Chini Mahal are reminiscent of the exquisite craftsmanship of that era. Other significant attractions inside the fort complex are the Minar and Baradari. 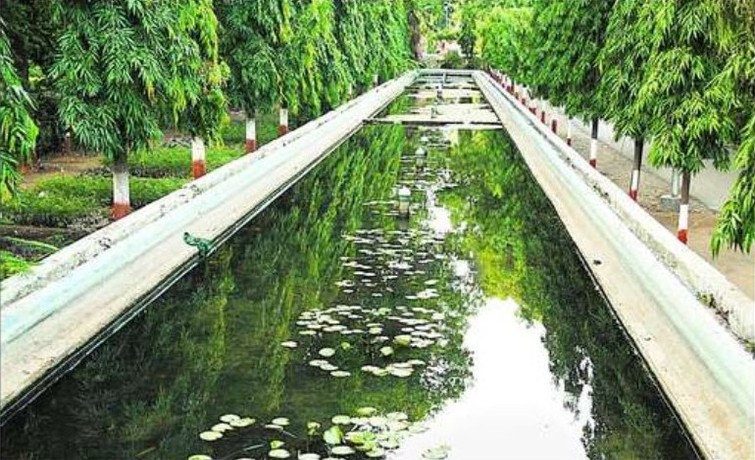 Himayat Bagh is a sprawling 17th-century garden housing an engineering marvel built by Emperor Aurangzeb, Barra Darri. Located near Delhi Gate in Rauza Bagh area of Aurangabad, the garden now is home to the Fruit Research Station & Nursery where visitors can buy plants and saplings grafted by local gardeners.

Originally known as the Mughal gardens, the highlight of the garden is the Barra Darri or the natural air conditioning system erected by Ivaz Khan. It consists of an underground water chamber and a covered aqueduct which passes over one of the buildings and the water then descended in a shower into an oblong cistern below which contained several fountains. It helped cool the entire area when in operation. Although inoperative now, but the system still exists for those who interested in age old engineering marvels. 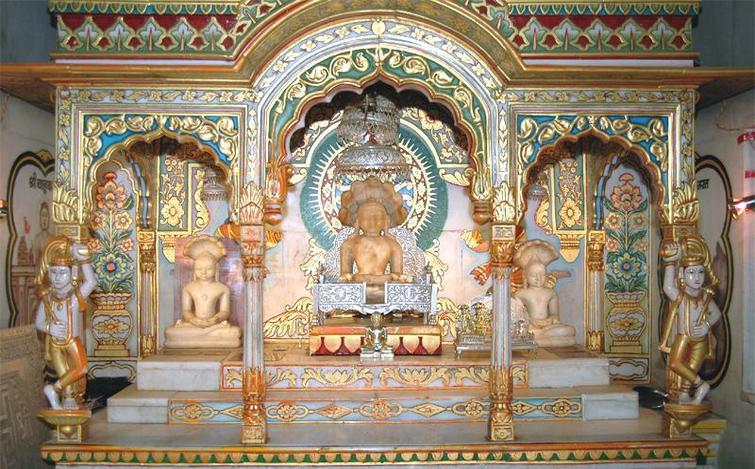 Located at a distance of 37 kms from Aurangabad, Kachner Jain Temple is a site for Jain pilgrimage and has a 250 year old temple dedicated dedicated to Parshvanath. The temple housing the idol with seven serpent hoods is often referred to as the Chintamani Parshvanath since it is considered as an atishaya kshetra, (a “place of miracles”). The idol is believed to have been discovered from an underground basement about 250 years ago. Given its popularity, the temple is often frequented by leaders and other influential people and ranks high on the list of places to visit in Aurangabad. 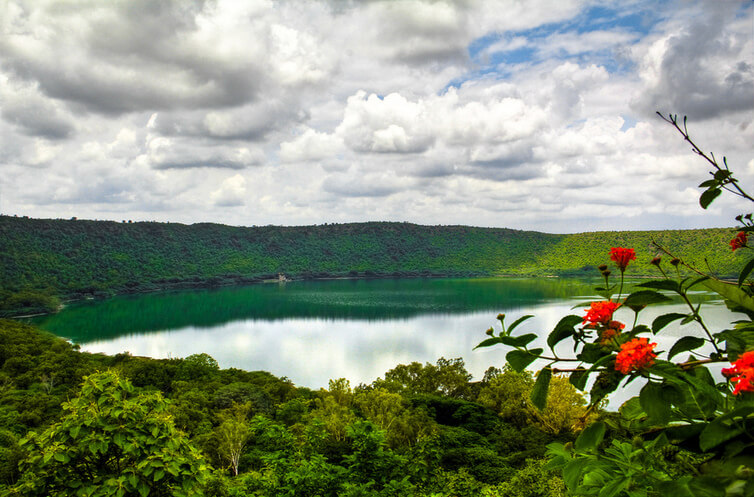 The Lonar Crater lake is a waterbody in a crater formed by a meteorite impact some 50000 years ago and is the only known hyper velocity impact crater in basaltic rock anywhere on the earth. Located approximately 140 kms from Aurangabad, the water in this 500 feet deep lake is completely alkaline and does not support any living creature except for algae. The 7 kms long circumference of the lake is surrounded by dense vegetation and low lying hills and dotted with several ancient temples, which are now in a state of ruins. You can even walk down till the lake but it’s quite a rocky path and an equally arduous walk. Certainly, an offbeat destination of Aurangabad tourism.

Why You Must Have a Holiday in Goa? 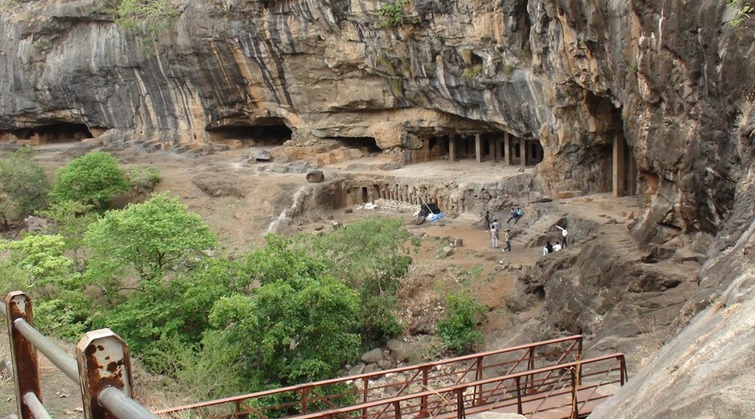 Pithalkhora Caves are one of the earliest examples of rock cut Buddhist architecture in India. These 3rd or 4th century BC era cave monuments were cut out of basalt rock, which weathers quickly and hence many of the 14 caves have been badly damaged over the years. An interesting point about the Pithalkhora caves is that although the caves belong to the Hinayana period, but the paintings are of the Mahayana period. The sculptures at these caves are quite similar to those found in the stupas of Sanchi, Nasik and Karla region, of the same period. Also known as “Brazen Glen”, the Pithalkhora Caves is located at a distance of nearly 40 km west of Ellora caves.

10 Affordable Things to Do in Mumbai 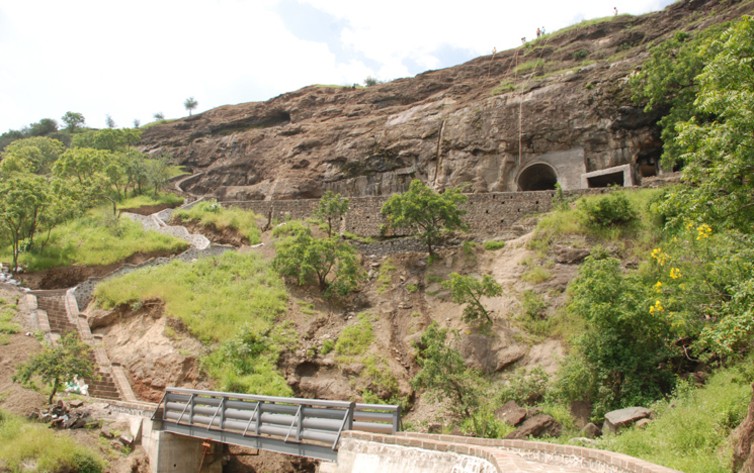 Another Buddhist site with 12 artificial rock-cut Buddhist shrines located on a hill, about 2 km north from Bibi Ka Maqbara in Aurangabad. Dating back to the 6th and the 8th century, these caves have some very beautiful sculptures, comparable with the best in Ajanta and Ellora but sadly it has been overshadowed by the hugely popular Ajanta and Ellora caves. These basalt rock caves are divided into 3 groups, based on their location. The westernmost caves are numbered 1 to 5 and form the first group, caves 6 to 9 is located some 500 m further to the east and forms the 2nd group. The eastern most group is located 1 km further to the east and includes caves 10 – 12. Caves 1 and 3 are the oldest of the lot.

Top Water Adventure Activities to Do in Goa 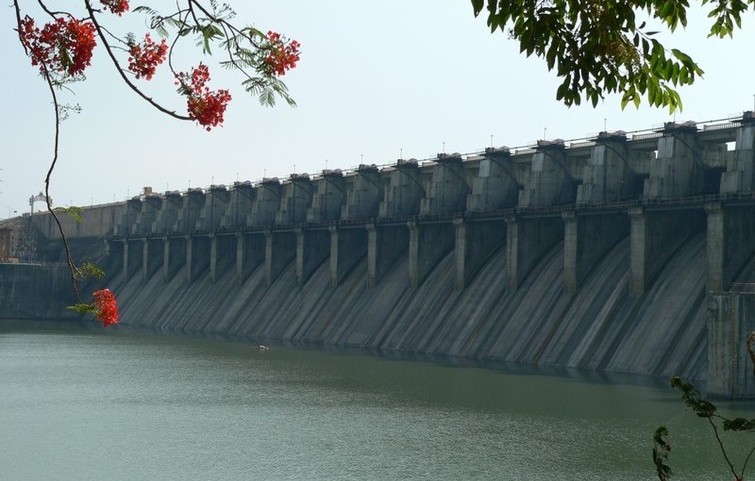 Built on the Godavari river, the Jayakwadi dam is the biggest irrigation project in Maharashtra. It is also one of the largest earthern dams in Asia. Earlier tourists had access to the 10 km long wall of the dam but that has now being stopped. The surrounding area of the Jayakwadi project houses a a garden and a bird sanctuary as well. It is quite popular with bird watchers as the sanctuary is home to more than 200 species of birds, of which about 70 are of the migratory kinds. The proximity of Nathsagar Lake to the bird sanctuary also makes the sanctuary rich in aquatic flora and fauna.

Discovering the Best of Goa 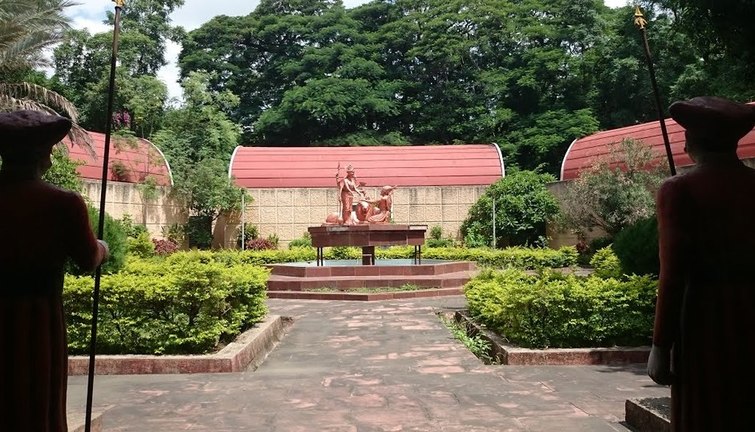 Dedicated to Chattrapati Shivaji Maharaj, this simple museum gives a glimpse into the life and times of the iconic Maratha ruler Shivaji, showcased in six galleries. The museum houses showcase war weapons of Maratha Empire including a 500 year chain-mail war suit, a copy of the Holy Quran hand written by Aurangzeb and believed to be 400 years old and a numismatic collection containing coins from 3 BC to the modern era.

Apart from the above listed best travel places in Aurangabad, one can also visit the 52 gates spread all over Aurangabad, which is why the city is also referred to as the “City of Gates”. Each gate has a local history or an individual linked with it. Another popular haunt among youngsters visiting Aurangabad is the Prozone Mall. It is the first horizontally designed shopping mall in India and also one of the largest with over 1 million square feet of retail space. Kaghzipura, A place situated near Daulatabad made first handmade paper in India after the technology was brought here by Mongol invaders – it is a landmark even today. Interestingly this paper has been used to print the Quran.

The best time to visit this city is between October and March, when the temperatures are pleasant and perfect for sightseeing.