Facts About Global Warming That Will Surprise You 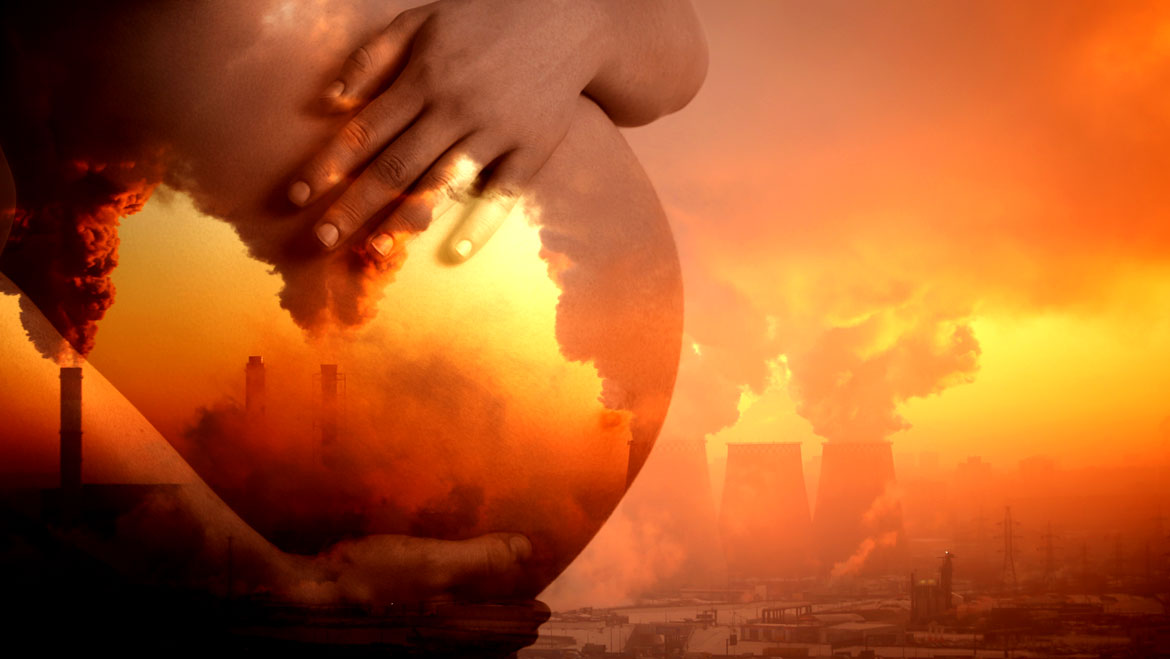 Change is good but only when it is for betterment. We all will agree to one thing and that is, climate change doesn’t seem to be creating a positive wave as it should. In fact, with the impending threat, this has given a huge rise to the increasing global warming which is becoming severe as we are moving forward in days. The bustling and vibrant cities, beautiful mountains, mesmerising corals- nature’s wrath isn’t likely to spare any of these beauties. Why am I talking about this is because we all know what global warming is, but there lies so many models, theories, and predictions in the world regarding global warming threats, which might literally make one confused about what to an not to believe on!

I have listed below 24 shocking facts about climate change and global warming that would help you get clear on how the phenomena behind the changing world.

The increasing level of carbon dioxide in the atmosphere has set up a record for the first time in 800,000 years. Sad, but true that the catastrophic effect of global warming is going to impact human health and the planet itself. From this we figure out that the atmosphere we are living in and the air that we breathe has never had as much carbon dioxide in it as it does today.

Studies found that the year 2014 was the hottest till 2015. And according to NASA, breaking the record by 0.17°C, the second hottest year was 2017 without the influence of El Nino. In fact, every component of the Earth’s is warming including surface air temperatures, lower atmospheric temperatures, ocean temperatures, and as ice around the globe is melting the sea level is expected to rise will rise by 7-23 inches by the end of 21st century, according to the IPCC 2007 report.

The rapid climate and environmental change have brought down the glaciers with just 26 out of 150 in the Montana Glacier National Park. Scientific research predicts that all the global warming effect on glaciers would vanish them all within few decades.

The climate change is expected to cause approximately 250,000 additional deaths per year between 2030 and 2050, as stated by WHO. Certain areas in the developing countries with the weak infrastructure has been predicted to be the least able to cope without any assistance.

Approx 600,000 deaths occurred worldwide due to natural disasters from 1990 onward, out of which 95% were from the poor/developing countries. For instance, a cyclone in Odisha, India, caused 10,000 deaths in October 1999 and a flash flood in Uttarakhand in 2013 caused the death of 5748 people. The recent flood in Kerala have already took the life of 400+ people and has left 1 Million people homeless. Also, according to a U.N. report, in the year 1995, 4.1 billion people became homeless and injured.

6. The Arctic Mosquitoes are Growing Bigger in Size

Research on climate change and global warming found that mosquitoes in the Arctic are growing quickly bigger in size as the giant blood sucker monsters. As the Arctic temperature has risen to 2°C, study predicts that these mosquitoes will increase by 53%. Even though Arctic mosquitoes do not cause harm to the humans but could become a trouble for reindeer and upend the ecology of the tundra. Read more.

7. Amazon Forest is turning into a desert

Global Warming being associated with the hotter temperature is creating the opposites. In the sense, the Amazon Rainforest is turning into a desert and the Sahara Desert is becoming greener and greener. Said by PATT Foundation of the UK.

8. Rising Sea Level can flood a large part of US East Coast

The global warming effects on the oceans has led the water level to rise between 11 and 38 inches (28 to 98 centimetres) by 2100, which is more than enough to deluge many of the cities along the U.S. East Coast.

9. California suffered from drought in the year 2013

California has never seen such an extreme drought in the recorded history as the state’s northern Sierra Nevada mountain range supplies large amount of water to rest of the California state. Surprisingly, about 99.84% of the land in California has been suffering from drought situation and the year 2013 was the driest year ever recorded.

10. Extreme weather condition is likely to kill 150,000 people in Europe

More than 150,000 people could die due to the climate change in Europe by the end of the century, as predicted by scientists. The deadly impact of the global warming is supposed to affect 50-fold and two in three people on the continent.

The Arctic is expected to be ice-free as early as the year 2040. A report from the Arctic Council states scientists believe that the summer of 2040 will witness the end of frozen north pole after a rapid shrinking of the ice coverage in the years to come.

12. Global Warming Has Turned the Jungle Foliage into Junk Food

Global Warming has turned the jungle leaves, fruits and vegetable plants into junk food like source, making them less nutritious which is hazardous to the animals that feed on them.

Natural disasters have always brought a change in the weather cycle and with this floods and drought are expected to grow making the children and grown-ups homeless. This may well drive more children around the globe into the hands vulnerable human trafficking.

14. Global Warming has affected many places

The global warming effects on wildlife has caused threat to the existence of Polar Bears. In sense, scientists predict a possibility of a 30% drop in the population of polar bears in the next 35-40 years because of the melting of the Arctic sea ice. This means the current population of some 26,000 bears could be cut to less than 9,000 in the years to come.

16. About 1 Million species have become extinct due to ocean acidification

Due to disappearing habitats, the effects of global warming on ecosystems acidic oceans (also called climate change’s equally evil twin), nearly 1 million species have become extinct. Such a relatively quick change in the ocean chemistry is making the shells of some animals dissolve in the more acidic seawater. The increasing level of CO2 has made the oceans 100 times faster leading to negative impacts for marine ecosystems.

The world’s glaciers lost 890 cubic miles of ice between the years 1961 and 1997. Scientists believe that the reason behind the retreat of glaciers on a global scale is due to the rising air temperature.

First Mammal Species of Bramble Cay melomys got extinct due to the climate change in the Great Barrier Reef. The animal was last seen in 2009 but failed to get trapped by lately 2014 as told by a fisherman on the island. The Golden Toad was the first species to get extinct in the year 1989.

20. Several Americans consider the concept of global warming a hoax

Nearly 37% of the Americans believe that the concept of the impact of climate change on health and global warming is a hoax, out of which 64% don’t believe the fact that this is really going to change the way they live.

Global warming isn’t just about warmer summers. Climate patterns change which means with more extreme and unpredictable weather across the world many places will be hotter, some colder, wetter or even drier.

22. Water Scarcity due to global warming has caused the death of Millions

Research shows nearly 3 billion people over 40% of the world’s population live in water scarce condition. The situation is predicted to become worse if the water scarcity growth continues. This water poverty has caused pervasive water poverty which has led to the death of millions every year due to malnourishment and water-related disease, extinction of freshwater species, degradation of aquatic ecosystems and more.

23. Rice yields decline due to the increasing night temperature

Study of data between 1979 and 2003 shows that the world’s rice production has declined by 10% for each increasing 1°C. Due to the effect growing temperature at night the rice production is seeing a significant decline in its production globally. Click here to read more.

The increasing in air temperature as a result of global warming has presented a challenge for olive production in the Mediterranean climate type area. After three years of research the results depict that due to the increasing temperature by 4 °C above the actual ambient temperature have led to an increase of pistil abortion which caused fruit set by heat.

So, this was all about the shocking results of global warming. Let’s quickly take a look at the top reasons of Global Warming. Here we go: 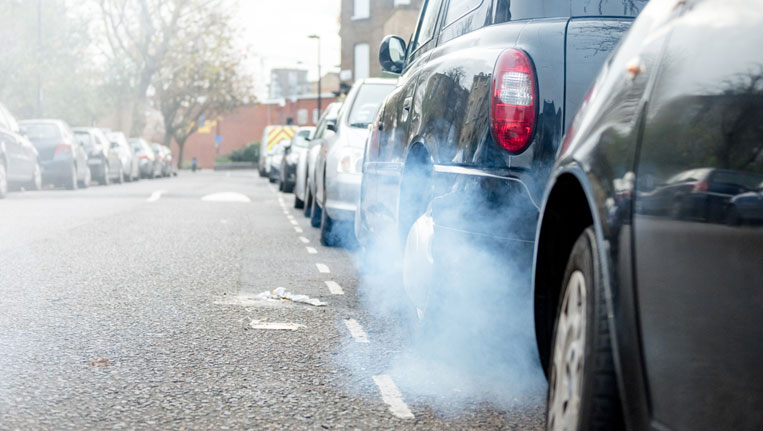 Yes, our personal vehicles are the major cause of Global Warming. The cars and trucks are responsible for 33% emissions in the U.S. emitting carbon dioxide and other gallons of gas. And the strange thing is we cannot see any scope of improvement as a rise in the population at the alarming rate means growth in the use of fossil fuels for transportation and manufacturing.

2. Methane Emissions from Animals and Agriculture 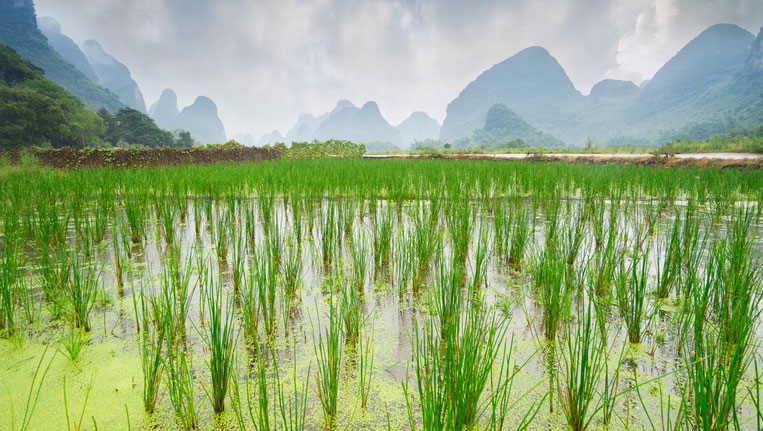 Ranking behind CO2 , methane is another potent greenhouse gas which is released from the rice paddies and the process taking place in the intestines of herbivorous animals. This is another factor that is causing negative effects on the Earth.

3. Deforestation is Another cause of Global Warming 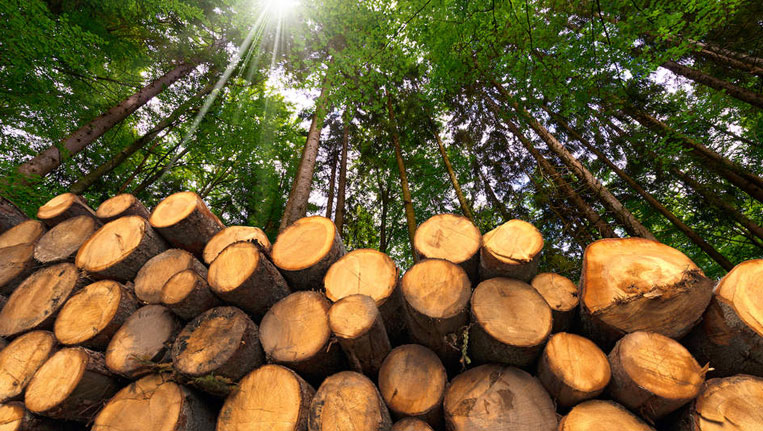 The rapid cutting down of tropical forest for wood, pulp and farmland contribute to the mass deforestation of our world which is storing carbon dioxide in the atmosphere which is leading to Global Warming.

4. Increase in Use of Chemical Fertilizers on Croplands 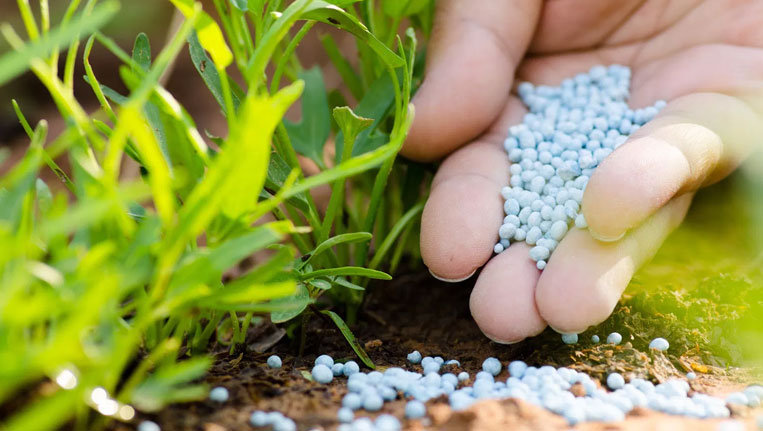 The high usage of nitrogen-rich fertilizers has tremendous effects on the heat storage of cropland which has like 300 times more heat-trapping capacity. In addition to this, due to over-fertilization the nitrate levels in the groundwater is another cause for serious concern for human health.

So, the temperature is rising and the global warming effects on human health could be clearly seen. It is somehow scary and there is a lot to be done to save our planet. We all need to come together as continents and countries as well as individuals to contribute in saving the environment. The time is now to start acting responsibly, prohibit the use of plastic, promote sustainable travel, minimize the use of private vehicles, saving water and keep oneself aware of the surroundings at all times. We hope this blog was able to bring you a step closer to the reality of ill-effects of global warming. We would also like you to comment in the section below with the suggestions on how you can save your surroundings as an individual.