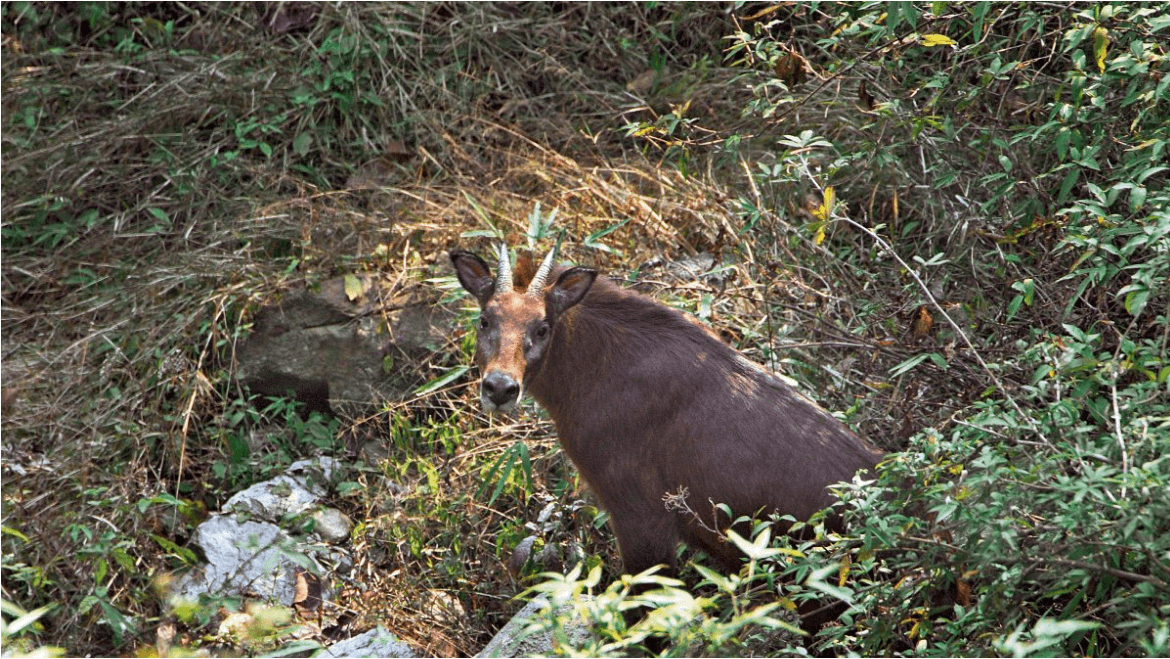 The endangered and rarely-sighted Himalayan Serow which is a goat-antelope has been captured for the first time by two friends, both locals, in the wilds of Kashmir (Srinagar’s Brein-Nishat Wildlife Conservation Reserve). The friends came across the majestic creature during a random trek in the Zabarwan Mountain on Monday i.e., October 8, 2018.

The wildlife enthusiast and photographer Riyaz, saw something moving in the grassland and that’s when he took out his binoculars to confirm what it was actually. He then noticed a beautiful shy goat eating grass that came out on a cliff in the open area. That’s when he couldn’t stop himself from shouting out of excitement at his friend- Mudassir Manzoor to confirm the identification. 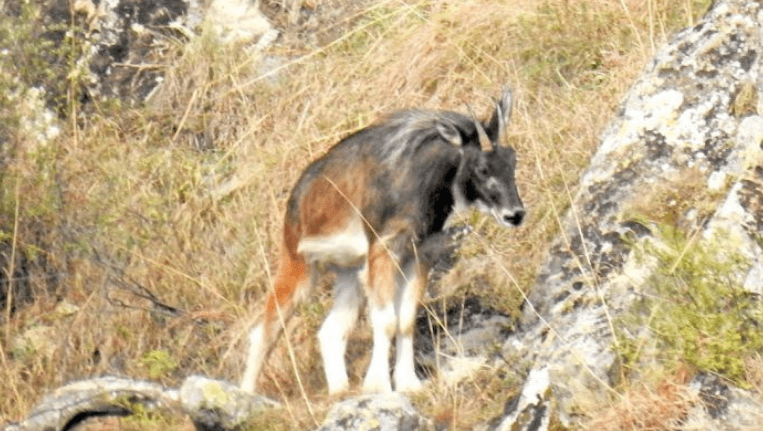 Talking about Jammu & Kashmir, the goat is rarely sighted that too only in the protected area of Dachigam National Park and Overa-Aru Wildlife Sanctuary. Also known as Haji or Ream, the creature was never photographed before in Kashmir. The photographs captured were either from Bhutan or Uttarakhand.

The population of the Himalayan Serow is considered to be declining due to habitat loss and hunting for meat. Also, the goat is listed as ‘Near Threatened’ on the International Union for Conservation of Nature (IUCN) Red List of Threatened Species and in the Convention of International Trade in Endangered Species Appendix 1.

In Jammu Kashmir Wildlife Protection Act, the goat comes in Schedule 1, with other flagship mammals like the Snow Leopard, Hangul and Kashmir Markhor which all comes under threatened species.

Yes, clicking a photo of the Himalayan Serow in the wilds of Kashmir is no less than a great achievement as the animal inhabits dense forest areas making it very rare to sight and photograph.