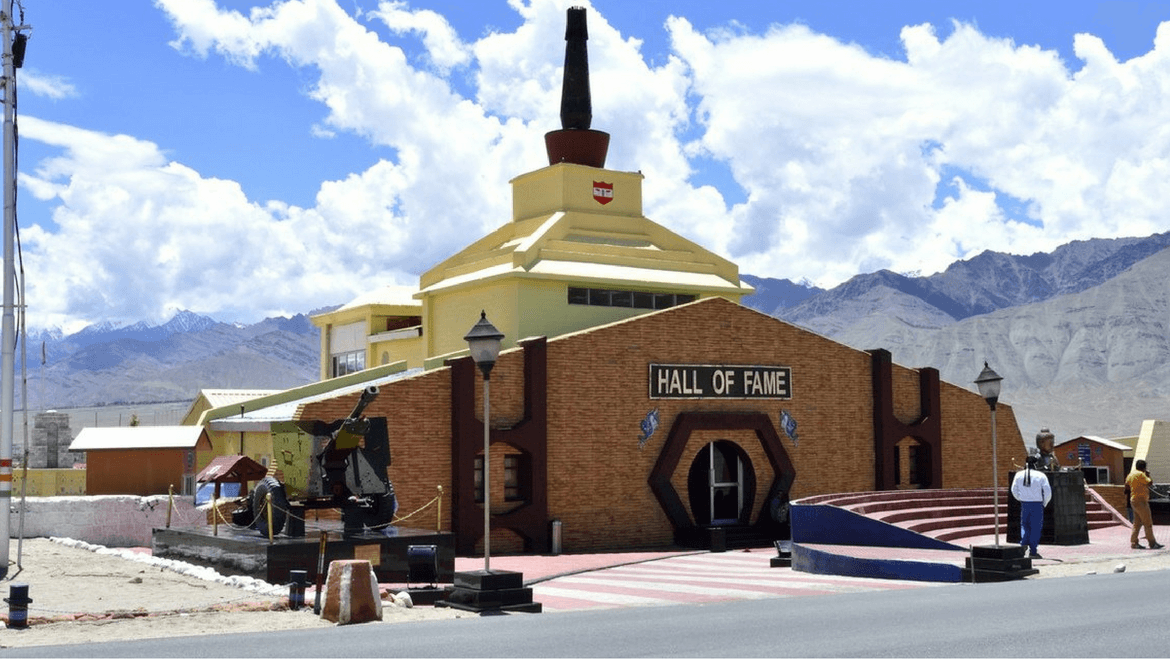 Zooming back to the days spent in history class half dozing and half attentive, I can recall how it was taught to us that our soldiers take on extremely dangerous situations just to save our motherland. Wonderstruck by the fact, they were no less than superheroes for me as because of them we are living a fear free life in our comfort zones. Reminiscing the days spent in bringing glory to the nation, Leh the Himalayan city of Jammu and Kashmir pays homage to the soldiers through the 1986 built Hall of Fame. This famous museum of Leh built by the Indian Army is just a way to salute the brave Indian soldiers who didn’t let the country down at the time of war making Hall of Fame one of the must visit in your Ladakh itinerary.And for whom the level of respect just kept on increasing with time. This blog here acts as the perfect travel guide which paves the way for you to look back in time and fill your chest with pride on your tour to Hall of Fame just the way the soldiers were proud of acting as a shield between the rivals and India.

Buckle up as we are about to begin the tour to the Hall of Fame and to take back some memories that will always remind you that we should be grateful to our soldiers. 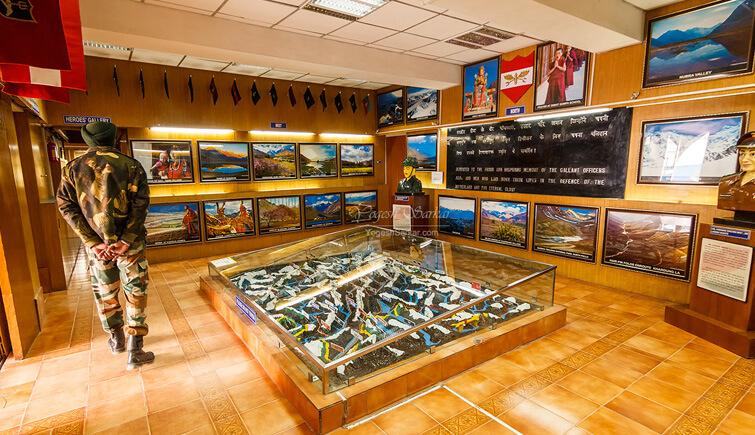 The moment you touch down the Leh-Kargil Road, you will not be able to take your eyes off the site as it is considered best place for day sightseeing. Taking a few quick steps towards the entrance of the museum you can lay your hands on the statue of Lord Buddha and feel the wave of peace stirring inside you. On taking a nice look of the statue you will find words carved on the bottom saying “It is better to conquer yourself than to win a thousand battles. Then the victory is yours. It cannot be taken from you, not by angels or by demons, heaven or hell.”

The entrance of this must-visit museum of Leh will make you feel like you are entering a different world. I mean check out the front door, its circular shape with a hexagonal border will make you feel as if you are in some starship movie, the backdrop with dusty mountains helps the imagination. The museum is finely divided into different sections and the sections are split into two storeys.

The wait is over, adjust your camera lens and begin your sightseeing tour to Hall of Fame from the first floor. But what to expect?

A Peek inside the Culture and History of Ladakh 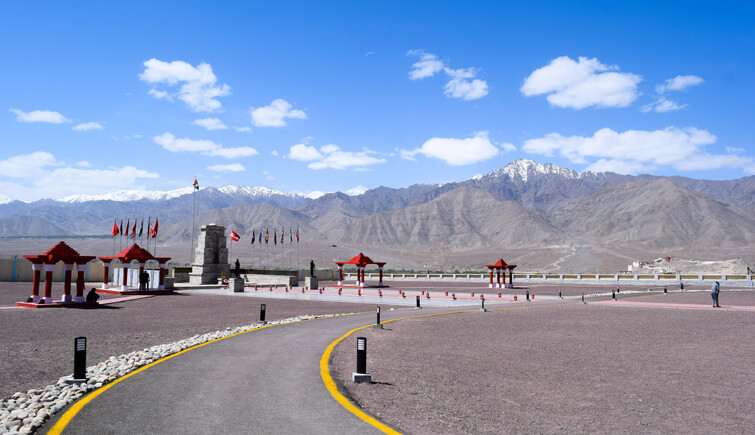 So it’s time to fill your mind with amazing facts and camera roll with shots of ammunitions and weapons that are put up on display in the very center of the first floor. Next you will come across a showcase of culture, flora and fauna, history and facts about Ladakh in one of the sections of the ground floor,which will make you fall in love with Ladakh all over again.The wall next to this section talks about the Namgyal Dynasty of Ladakh which was founded by the Basgo King, Bhagan. He was known for overthrowing the Like of Leh and bringing together the beautiful land of Ladakh.

Lifestyle of Ladakhi People at a Glance 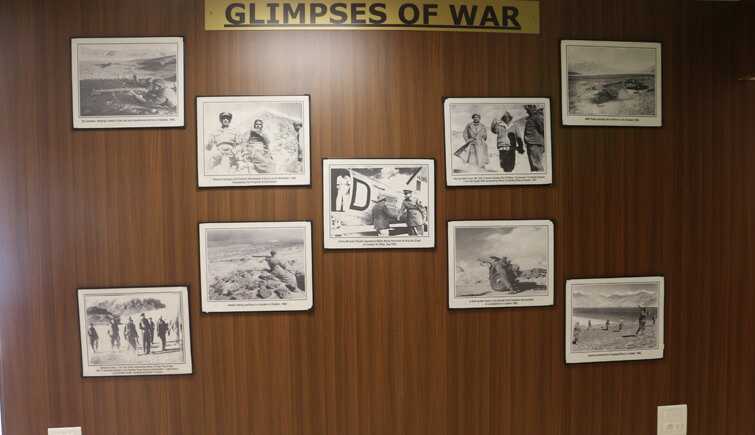 Next to the above mentioned wall is followed by a segment that takes you back to the year 1999 as that’s the time when the infamous Kargil war took place. Pictures of the war are fastened to the wall that put forth a story of the way the Indian Army gave their all to win the war.

Most Popular Museums in India for History Buffs 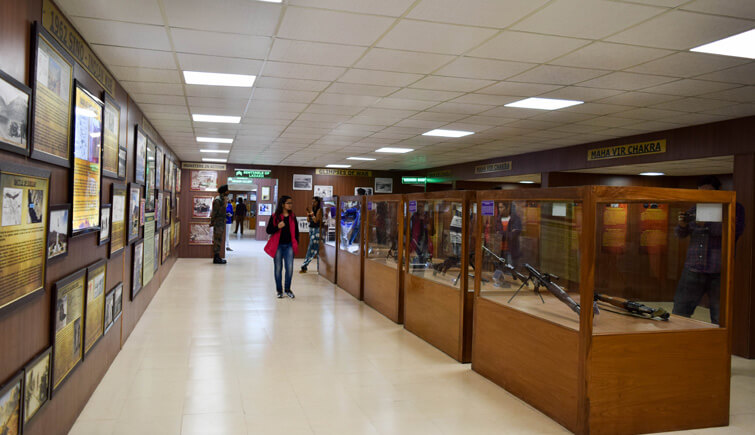 There is also a gallery that is completely dedicated to the Sino-Indian war that took place between China and India in 1962. The ultimate reason behind this War was considered to be the Himalayan border but with time other issues also added up. And what might surprise you is that the Indian army didn’t expect that the Chinese troops would attack which led to face-off between 80000 Chinese soldiers and mere 10000-20000 Indian soldiers. The Sino War finally came to an end on 21 November exactly one month after it started when the Chinese troops announced a ceasefire.

Popular Travel Destination in and around Ladakh

The Lest We Forget Wall 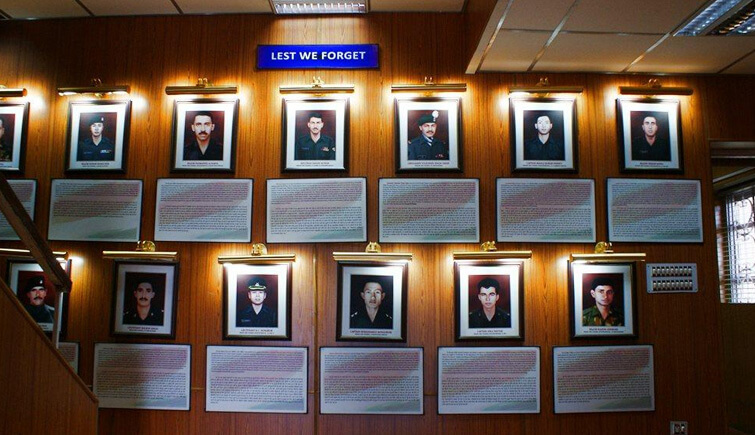 Heading to the next section, you will see a lot of pictures framed on the wall under the title ‘LEST WE FORGET’, well these are the Indian soldiers who didn’t think twice about their life and fought against the enemies.

And wait before your curiosity pushes you to take the stairs and explore the next floor, as there is a souvenir shop on the ground floor where you can get mugs, caps, shawls, and t shirts and can also strike a pose in one of the traditional attires of Ladakh at reasonable rates in the photo booth.

The tour is not yet complete as there is one section that salutes the bravery of Captain Vijayant Thapar in the form of a short documentary. It is screened in the projection room on the ground floor and depicts the time of war. Captain Vijayant Thapar who is revered as the Kargil war martyr and Vir Chakra (gallantry award) recipient wrote a letter to his family before headed out for the war is also displayed on a wall labeled ‘The Last Post’.

A Curfew, A Few Good Men and the Land from Fairytales

Once you are done going round and round on the ground floor, take the stairs towards the first floor as there is so much more left to see.

OP Vijay Gallery: Saluting the Indian troops for having an edge over Pakistan Army 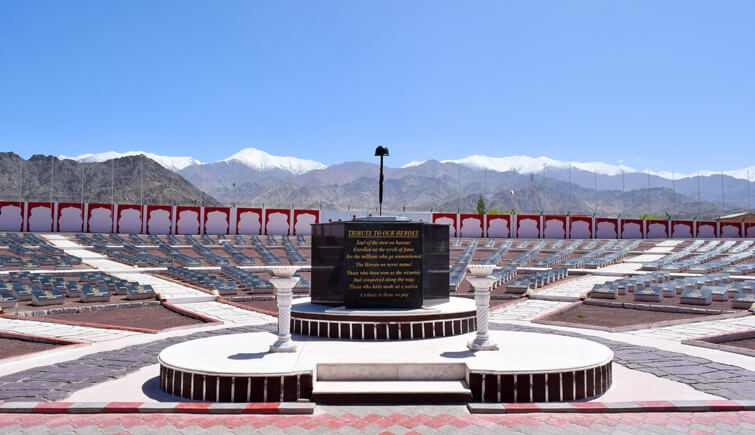 This gallery is a presentation of the weapons of Pakistan Army seized during the Kargil war by the Indian Army along with their own range of weapons that helped them in the war. 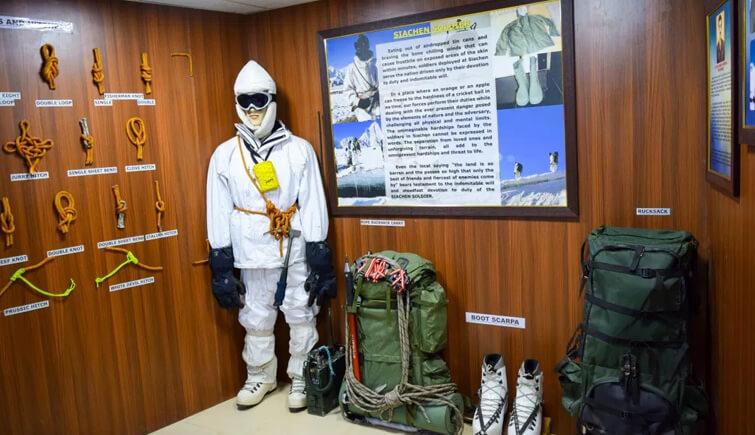 This area here is a whole display of pictures that tells you about the way the soldiers dressed, how they were trained and how they lived in those circumstances. Accessories used by the soldiers such as tents, apparels and snowmobiles are also displayed in the museum.

Adventurous Activities to Enjoy on Your Ladakh Tour

Head to the Backyard of Hall of Fame to Spot, What’s More to this Tourist Place 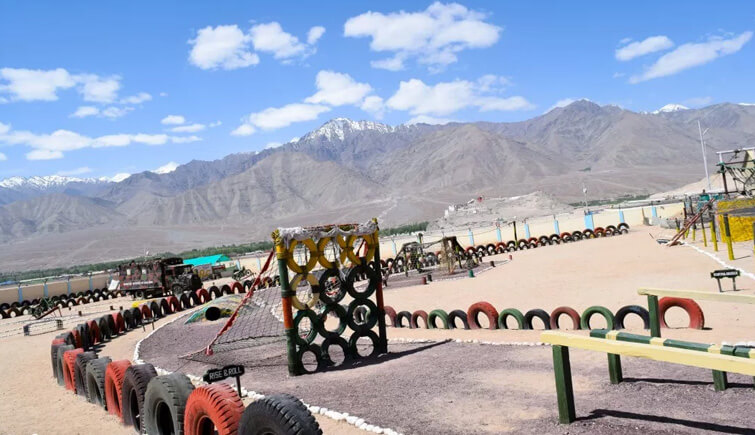 Stepping out of the museum and moving towards the back side, one can find a few more points of interest like the decently set up memorial named Vijaya Sthal which has names carved on planks of the unsung heroes of 1947-48 war. A play area designed in the form of a military camp is also set up in the backyard of the museum for kids.

Best Things to Do on Your Ladakh Holiday Tour

The Hall of Fame welcomes its visitors by charging an entry fees of just Rs.50. If one wishes to capture the glory on their camera lens then an additional Rs.100 needs to be paid. And guess what, it is kept open for visitors throughout the year.

Where would you find yourself relaxing once you are done visiting Hall of Fame?

From housing the best budget hotels to pampering you with its luxury hotels, all these alternatives are settled at a small distance of 5 km from Hall of Fame in the city center that are set up just to make it easy for travellers to travel from one tourist attraction in Leh to other.

Once you have touched down the city, or already adoring the dreamy sights in your sightseeing tour, you can hire a cab to reach Hall of Fame as it is situated just 5 kms away from the city center.

There is a reason that the Hall of Fame Museum made its place in the top 5 Indian museums. After reading the blog I am sure you can’t agree more! This must visit place in Leh is not just a glory symbol but also a way to tell us that these soldiers are giving their every bit to save our nation from enemies. I’d say, there is no room for overthinking now, it’s time to plan a vacation to Leh and not just explore the mainstream tourist places but attractions like Hall of Fame as well. Reservation and booking giving you nightmares? Don’t worry, Tour My India is here to save the day. Contact us at +91-8744012087 or info@tourmyindia.com and pick out the best Jammu & Kashmir tour packages full of offers.