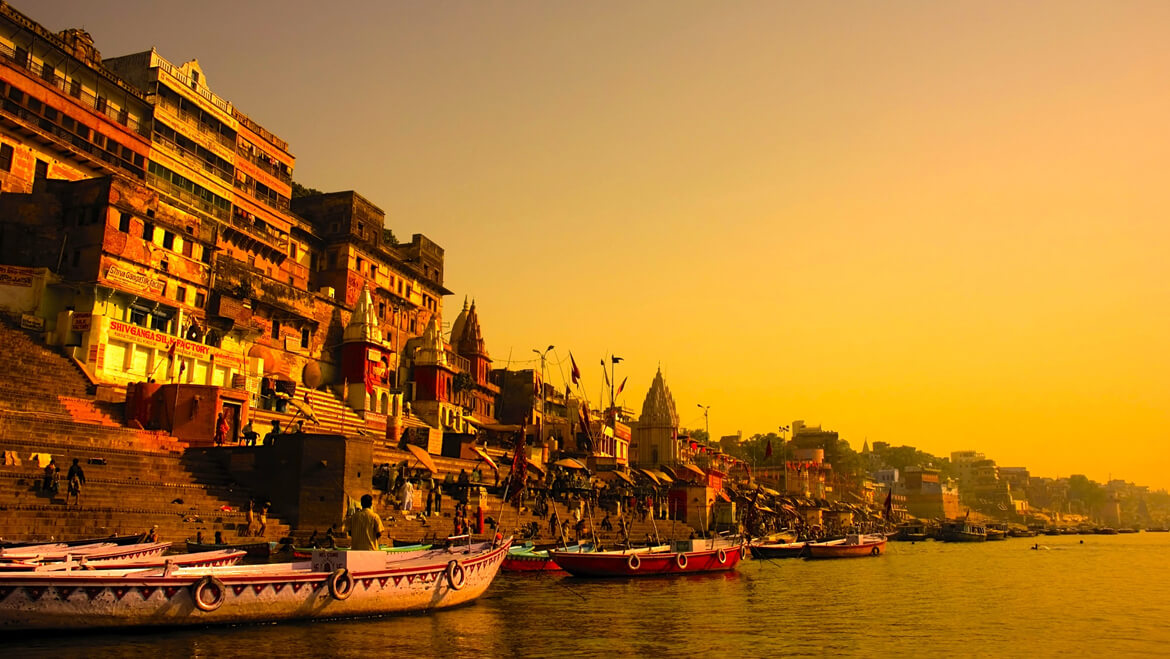 Here’s one more addition to the various tourist attractions in Varanasi: a Virtual Experiential Museum. This 3D virtual museum in Varanasi was first inaugurated by PM Narendra Modi on 19th February, and after a gap of four months, has finally been opened to the public. The museum is set up at the Man Mahal, built during the 17th century and will focus on showcasing the culture and heritage of this ancient city of India. It is another significant step towards boosting Varanasi Tourism and increasing its popularity among visitors, both domestic and international.

A look at what the museum has to offer!

Then Man Mahal 3D Museum in Varanasi is sure to captivate the visitors during their visit. Using 3D technology, the museum will present a 3D view of the famous Kashi ghats, classical music and heritage. This is the first time such a museum has been inaugurated in Eastern Uttar Pradesh. This Virtual Experiential Museum in Varanasi, which was established by the National Council of Science Museums (NCSM) under the guidance of Union Ministry of Culture, is equipped with half-a-dozen high-tech LED’s. One of them is built in the shape of a crescent.

To ensure that it is the best museum for digital tour of Varanasi, the NSCM chose famous photographers for capturing the most iconic locations of Kashi. Professionals were also selected for creating high definition pictures. The virtual tour taken by a visitor will include its iconic ghats, classical musical legends and renowned artists & literary figures.

Take a Tour to Visit the Popular Shakti Peethas in India

Take a digital tour of Varanasi!

All the tourism attractions that Varanasi, the ancient city of India is famous for, will be covered in this digital city tour. One such tour will last for about 90 minutes and can be taken by 15-20 visitors at a time. It will showcase the cultural, religious and socio-economic aspects of the city.

Upon visiting the Man Mahal museum, visitors will be greeted with a four layered painting in traditional Varanasi style and one of the city’s oldest maps. A short film will introduce them to the city before they embark on the digital tour. The tour will also acquaint them with the city’s greatest musicians, artists and writers. These include the tabla maestro Pt. Kishan Maharajm Girija Devi, Padma Vibhushan Thumari and Bharat Ratna Shehnai maestro, Late Bismillah Khan.

The museum will also highlight the significance of Yagna (ritual sacrifice) and the importance of achieving salvation in the holy city. The highlight of the visit promises to be a virtual dip in the Ganga, which is created by fitting sensor controlled sprays in a small room. At the end of the virtual tour of Varanasi, visitors will be treated to a digital reenactment of the Ramlila.

Man Mahal to be included in tourist sightseeing attractions

The Man Mahal, which houses the 3D virtual museum Varanasi, has also won admirers in other places. One of them is the Tourism Welfare Association. After taking a tour of the 3D museum and being highly impressed by it, the tourism body has decided to include it among sightseeing attractions in Varanasi, and towards this end, has sent a proposal to the tour operators in Delhi.

Rahul Mehta, the secretary of the Tourism Welfare Association, said that tourists in Varanasi are often eager to visit other sightseeing places in the city, other than the ones which are already famous, or touristy. In addition, Man Mahal will also be promoted through a brochure and catalogue at hotels and other famous tourist spots. It is hoped that by doing so, the museum will attain a worldwide popularity and enable the international tourists to understand Varanasi in an efficient and attractive way.

While visiting Varanasi, take some time and out and visit the 3D virtual museum. This is perhaps the first time that the city and its numerous attractions is being presented this way. Take a virtual tour of Kashi, enjoy the digital recreation of River Ganga and admire the city’s cultural heritage. Explore Varanasi, the digital way!

The museum will remain open from 7:00 AM to 6:00 PM all days a week (timings may vary according to season).

Here are the ticket prices for visiting the 3D Man Mahal Museum in Varanasi. The prices vary for both domestic and international tourists.

As of now, there is no online booking for visiting the museum. However, as the popularity of the museum increases with time and it receives a greater number of visitors, it is expected that online booking will be introduced.