10 Insights You Should Know About The ‘NHS’ Crisis 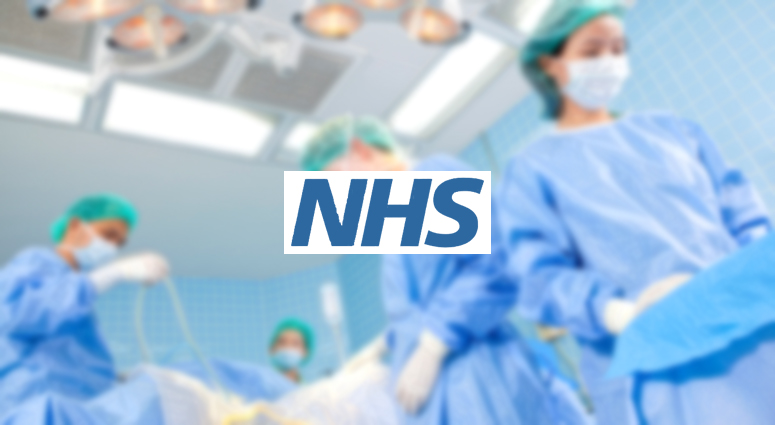 The public health service scheme in the UK, National Health Service (NHS), is known to provide a comprehensive range of health services to the residents and non-residents. Most of these health services are available for free to the nationals, except for standard fees for certain procedures and the fixed charges for prescription.

The NHS has changed quite a bit since the time of its inception during the Second World War. This is evident from the fact that NHS has been under fire since last few months for delay in social care, long waiting time in accident and emergency (A&E) and delay in start of treatment.

This NHS crisis in 2017 hit the headlines with the start of the year. While no one knows that the NHS crisis would continue to delve in the months to come, we have come up with a list of things that you should know about the NHS.

The government has decided to spend an extra £425 million on NHS England in the span of three years, starting 2017. The announcement has been made especially considering the worsening condition of the NHS and the impending NHS crisis. An additional £120mn will be dedicated to the over stressed A&E departments.

A large majority of people, particularly the elderly, are refused admission to A&E, with a significant delay in treatment and increased waiting time. The increased funding from the government is expected to release the building pressure on the A&E department and facilitate care for the elderly. However, a majority of the funding is also rumored to go to the implementation of Sustainability and Transformation Plans (STPs).

The decision to move out of the European Union is thought to have a great impact on the physicians and general practitioners from the countries in the EU. It is estimated that a whole majority of these physicians, 11 percent of the total NHS GP workforce, may end up exiting the community. The biggest reason behind their decision to exit is that they may feel threatened, unwelcomed and hugely concerned about their families.

A survey conducted among the GPs revealed that as many as 12,000 doctors may decide to exit after the implementation of Brexit vote. This could lead to a severe shortage of medical personnel in the NHS hospitals. This could be a major problem, especially considering the already crippled state of NHS in delivering quality and timely health care to its patients.

The government has decided to invest a whole lot of funding to the implementation of STPs, which is targeted towards betterment of the local healthcare services. However, industry experts claim that this is an indirect and a secret way to promote NHS privatisation.

Under STPs, the NHS is being planned to be divided into 44 footprints that aim to produce a cut worth £22bn by 2020. This is despite the fact that the last cut of £15bn resulted in patient overload, number of beds cut down and a spike in waiting time in NHS hospitals.

Moreover, cuts may come in the form of closure of NHS hospitals, merger of certain healthcare institutions, selling of NHS land and more private company participation. Privatisation is inevitable, since the identified footprints will have to sign up privately to receive funds for operation.

Accident & Emergency (A&E) departments of a majority of NHS hospitals have been under fire since December 2016. The waiting time for treatment to start has increased considerably and a spike has also been observed in the number of people waiting to be transferred to social care.

Ideally, a patient who arrives in the A&E department should be released or transferred within the four hours of arrival. However, this mandate was not conformed to in December and the first month of 2017.

A majority of this problem comes from the fact that the NHS hospitals do not have enough beds to cater to the needs of the patients requiring admission. Therefore in 2017, Health Secretary Jeremy Hunt has advised people not to go to A&E unless there is an emergency that requires immediate attention.

It is estimated that many NHS hospitals on black alert are struggling to reroute patients to other hospitals, as a majority of them have reached their bed capacity.

NHS England not offers virtual consultation through Skype sessions and has even launched a number of health apps for delivery of pharmacies, tips on self-care and other health-related issues. All of this has been done to reduce the number of people who turn to the hospitals for free treatment and fetch pharmacies and to make a significant cut in expenditure to meet the five-year goal of making savings worth £22bn.

The NHS has announced the delivery of three new specialized treatments for the patients in England. The following three treatments will be made available routinely with the help of special funding from NHS England:

The government has also decided to divert some of its funding to the appointment of new GPs in NHS hospitals to reduce the load on the A&E and other departments. These newly appointed GPs will be recruited for on-site job – to provide medical care to people who do not really need A&E services. This step is expected to relieve the pressure on the A&E department and the existing GPs and medical staff that handles them.

A majority of population that flood the NHS hospitals include the ageing population. The government has plans to improve social care from this year onwards, which includes all sought of services provided to the elderly and the disable population, including care homes or care services at home for completing daily tasks.

The current Health Secretary ‘Jeremy Hunt’ is planning the largest ever expansion in the NHS medical workforce by training additional GPs per year. Moreover, it has been planned that home-grown GPs will be made to stay in the UK, willingly or unwillingly, for at least five years after completing their training.

This will be done to increase the supply of home-grown doctors, a majority of which are either outsourced or leave the country for their good. This will be done to make sure that the patient and the country rely less on doctors from the overseas for quality medical treatment. The other factor is medical affordability which is still a major concern for NHS. Patients usually prefer countries like India, Thailand, Mexico etc as medical tourism destinations for treatment mainly due to low cost along with quality medical treatment. So, this affordability factor should be looked upto by NHS as soon as possible.

Privatisation of the NHS is yet another debatable topic that you may expect to be talked about this year. With several facilities offering an option to the patient to jump the waiting line by “paying” for it, people think that the condition of the NHS will deteriorate further in the future.

Nonetheless, you can expect privatisation to hit the NHS health services in 2017, especially considering the fact that it is short of money and resources – a gap that can only be filled by the private sector. People fear that this will now only erode the principles on which NHS was established at the first place, but also make the system less transparent while giving profit a priority.

On the other hand, it may provide NHS with all the help that it really needs, helps patients seek quality treatment and make a better patient choice.