On the outskirts of the capital city Kuala Lumpur lies the most popular sightseeing destination of Malaysia named Batu Caves.The limestone hill which comprises of three main caves and number of smaller ones has over the time developed into a popular tourist attraction. As visitors enter the premises of this most visited tourist destination, the mighty Gold statue of Hindu deity Lord Murugan is the first thing they spot. This 100-year-old temple complex houses several idols and statues of Hindu deities inside the main cave and around it. With the interior limestone hills which are said to be around 400 million years old, the site is considered as one the holy religious sites of the Hindus. The three main caves featuring Hindu idols and shrines are Cathedral Cave, the Art Gallery Cave, and Museum Cave. Cathedral Cave is the largest and most popular cavern in Batu Caves as it houses several beautifully carved Hindu shrines beneath its 100 mt high arched ceiling. Art Gallery Cave, and Museum Cave on the other hand houses numerous Hindu statues and paintings. The tourists from all around the world flock to Batu Cave to experience its rich history of the place which has made it one of the tourist hotspots in Malaysia.

The site of Hindu temples and shrine attracts a lot of tourists and worshippers to the annual Hindu festival, Thaipusam. Spotting monkeys being fed by the tourists is a common site. Adventure lovers can also indulge in the rock climbing activity at the back of the mountain. Batu cave is the fascinating place to be explored by religious and non-religious tourists alike and a place that visitors must not miss on their next trip to Malaysia. 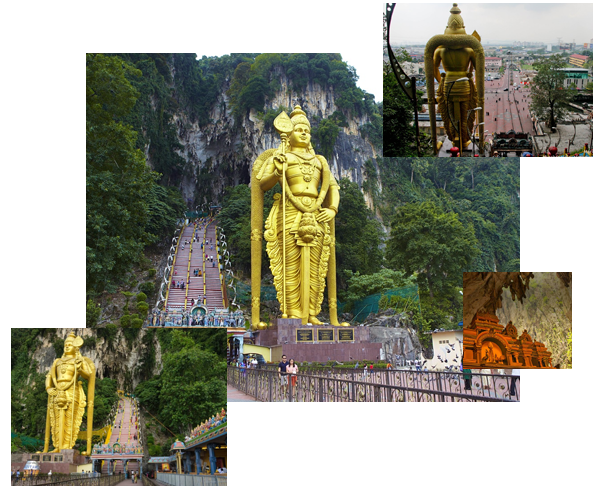