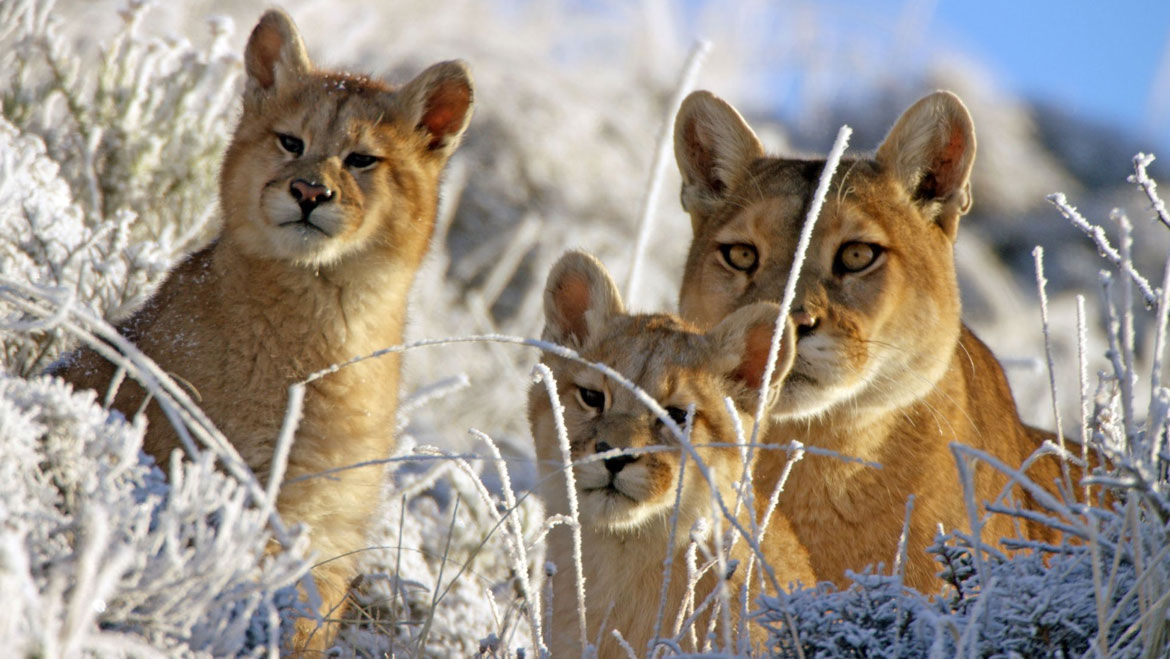 Exploring the exotic fauna and flora in the high altitude wildlife national parks and sanctuaries in India has its very own MAGIC. Whether it is the ‘Royal Beast of the Jungle’ the Tiger, “the rulers of the snow”-The Snow Leopard, the elephants walking in a herd, the monkeys jumping from one branch to another or the sweet chirping of the birds, watching the beautiful wildlife at the natural habitats in the national parks is certainly a delightful experience to cherish forever. The parks or sanctuaries nestled in the higher altitudes are also bejeweled with various enchanting wonders of nature making for a picture perfect sight. There are several national parks cuddled up in the higher altitude regions replete with amazing wildlife and incredible natural beauty that you could not resist but make a plan for an unforgettable wildlife tour.

Here are some of the national parks located in the various high altitude regions of India:

Best Time to Visit: April to May and September to Mid November

Prominent Wildlife to See: Musk deer, Brown bear, Goral, Thar, Leopard, Snow leopard, Bharal, Serow, Monal, Kalij, Koklas, Cheer, Tragopan and Snow cock Great Himalayan National Park in Himachal Pradesh is a UNESCO world heritage site that was declared a national park in the year 1999. The park is spread over 755 sq km and it is an empyrean for the wildlife and nature lovers. The park captivates the attention of the wildlife enthusiasts and nature lovers from different parts of the world. The park is comprises of ridges, beautiful glaciers, snow-fed Himalayan Mountains, alpine meadows and splendid narrow valleys. A very important point to be noted here is that vehicles are not allowed to enter inside the area and the tourists are required to cover the region by walking or trekking. The visitors also have the option of hiring local guides from the Forest Department office; they can certainly also collect the necessary gears or equipments for trekking at the office.

It was declared a national park in the year 1987. The park is also popular as the ‘Land of Snow Leopard’, primarily because it boasts of a healthy population of the Snow Leopard (approx.12) in the region. It was established with the sole objective of safeguarding the endangered Himalayan flora and fauna. For trekkers, this valley is an absolute paradise as there is plethora of trekking options available here. The tourists must make it a point to bring their digital camera along; otherwise they might lose out on some stunning clicks. There are also numerous majestic Buddhist monasteries nestled in the area like the Kungri Monastery, Dhankar Gompa, and Tabo Gompa.

Best Time to Visit: April to May and August to October

The park is popular as one of the largest wildlife reserves in Sikkim. It is spread over an area of 1784 sq km and was found in the year 1977. The park is surrounded by the breathtaking Khangchendzonga peak, which is one of the highest mountains in the world, lush forests and translucent streams. The park can be reached quite easily from the town of Yuksum in Sikkim. Trekking is the only way to marvel at the exotic flora and fauna of the park.

It was declared a national park in the year 1982 and is also a UNESCO world heritage site. The park is renowned for its breathtaking natural beauty, incredible wildlife and different kinds of alpine flowers. It is believed that valley of flowers is the place from where Lord Hanuman brought Sanjeevani, a magical herb to cure Lakshmana (brother of Lord Rama). The beautiful valley allures many tourists from several geographical locations of the world. In fact, the place is a heaven for those people who have never seen such a kaleidoscope of colorful flowers in the same place. The visitors are required to trek from Govind Ghat, which ends at Ghangaria village, to reach the Valley of Flowers National Park. The park is embellished by wild flowers, crystal-clear waterfalls and snow-draped mountains.

Best Time to Visit: May to October

Sir Edmund Hillary, in his autobiography, mentioned that “Nanda Devi Sanctuary is God gifted wilderness…India’s-training ground for adventure”. It was declared a world heritage site by UNESCO in the year 1988. The park is spread over 630 sq km area and encircled by the captivating Nanda Devi Peak, the second highest mountain in India. Trekking is one of the famous activities that can be done in the national park. The trek starts from Lata village and ends at Dharasi (4250 mt). Only people 14 years and above are permitted to enter the park. Another thing to be noted here is that only two groups consisting of five people are allowed to visit the park.

The park was established in the year 1989 and is spread over more than 1553 sq kms are adorned with verdant landscape, deep gorges and glaciers. For all the adventure fanatics, a visit to this national park not only offers them a great opportunity to marvel at the wonderful animals but also enjoy the many adventure activities such as jeep safaris, trekking, hiking and so on. All in all, the Gangotri National Park is an amazing place to see the wild animals in their natural habitat.

Location: Chamoli and Rudraprayag in Uttarakhand

Best Time to Visit: May to June

It is also known by the name Kedarnath Musk Deer Sanctuary and was established in the year 1972. One of the main objectives of setting up this national park was to shield the endangered Himalayan Musk Deer from poachers and help increase their population. Enveloped by the magnificent Himalayan mountain ranges, blue water rivers, superb glaciers and green forests, it is one of the picturesque sanctuaries in the area.

This splendid sanctuary is nestled near the Tons River, Uttarkashi (Uttarakhand). It offers an awe-inspiring and stunning view to the tourists. This sanctuary serves as an abode of many animals and birds like black bear, leopard, Himalayan tahr and musk deer, golden eagle, snow cock, cuckoos and finches. If you are lucky, then you may also get a chance to get a glimpse of the snow leopard. The tranquil environment, snow-clad mountains and superb flora and fauna are key tourist attractions.

Prominent Wildlife to See: Snow Leopard, Tibetan Wolf, the endangered Eurasian Brown Bear, the Red Fox, the Argali, the Bharal and the Shapu.

The Hemis National Park is spread over an area of 600 sq. km. and entices wildlife lovers from various nooks and corners of the globe. A very interesting thing about the park is that it has been named after the popular monastery, the Hemis Gompa. A trip to this national park is no doubt a fascinating experience that offers fun-filled memories. Camping and trekking are the exciting adventure activities that can be carried out in the park. It is imperative to note that the prior permission of the chief wildlife warden is compulsory to visit the park.

Best Things to do experience in Jammu & Kashmir

Location: Singalila Ridge in the Darjeeling district of West Bengal

Best Time to Visit: March to June and September to December

Singalila National Park is famous for the endangered Red Panda and the Himalayan black bear. The majestic park is spread over 78.60 sq. km and is a heaven for the trekking enthusiast. It is one of the highest national parks in West Bengal. The park has several species of flora and fauna that fascinate the visitors. Tourists can look forward to spend an enjoyable time with their near and dear ones and see the spectacular beauty of sunrise and sunsets.

Best Time to Visit: May to October

The park was set up with the main objective to protect the snow leopards. The beauty of the snow-fed mighty Himalayan ranges enveloping the park just cannot be expressed in words. There are 10-15 wildlife species in the park that includes Brown Bear, Kashmiri Stag and Wild Boar amongst and many more. The park is also an empyrean for the bird watchers. The tourists can get a great opportunity to see more than 50 species of avifauna in the park. It will surely be a pleasant experience to see the wildlife playing and roaming freely, playing and running around.

Location: Around 22 km from Srinagar

Best Time to Visit: May to August

Dachigam was declared a national park in the year 1951 and is known for its lush forests and serene location; it is certainly a great place to visit. It was once the hunting ground of the Maharaja of Kashmir. The park is popular for its conservation efforts that it undertook to increase the Hangul population in the region. It now possesses the highest population of Hanguls than any other city or state in India. The park is dotted with charming landscape, pine forests and rocky mountains that add stars to the beauty of the park.

This park was established in the year 1972 and is nestled between the Patkai range and Dapha bum range of Mishmi Hills. The park is a bird watcher’s delight as he or she can get to see around 420 species of birds. Apart from the birds, there are many other animals that attract the attention of the visitors. Namdhapa comes in the list of those national parks in India where camping is permitted inside the forest.

It is one of the most remarkable sanctuaries in Sikkim situated in the Yumthang Valley in North Sikkim. The sanctuary is encircled by the beautiful Chuba-Sagochen mountain ranges on the east and Chomzomei Tso on the west. The serene Yumthang Chu River flowing near by the park is a magnificent site to behold. On the whole, it can be quite clearly said that this sanctuary is a superb place to see animals and spend some joyful moments in the lap of nature.

The sanctuary was set up in 1998 and is home to more than a thousand varieties of Rhododendron. There are many kinds of flora and fauna found in the sanctuary that are a wildlife enthusiast’s delight. The Varsey Rhododendron Sanctuary can be quite conveniently reached by trekking through Hilley, Dentam and Soreng.

Sighting wildlife, especially in the higher altitude areas is undoubtedly a fascinating experience that tender pleasurable lifetime memories to the wildlife enthusiasts and nature lovers.