Hornbills find a Home in the Indian State of Karnataka 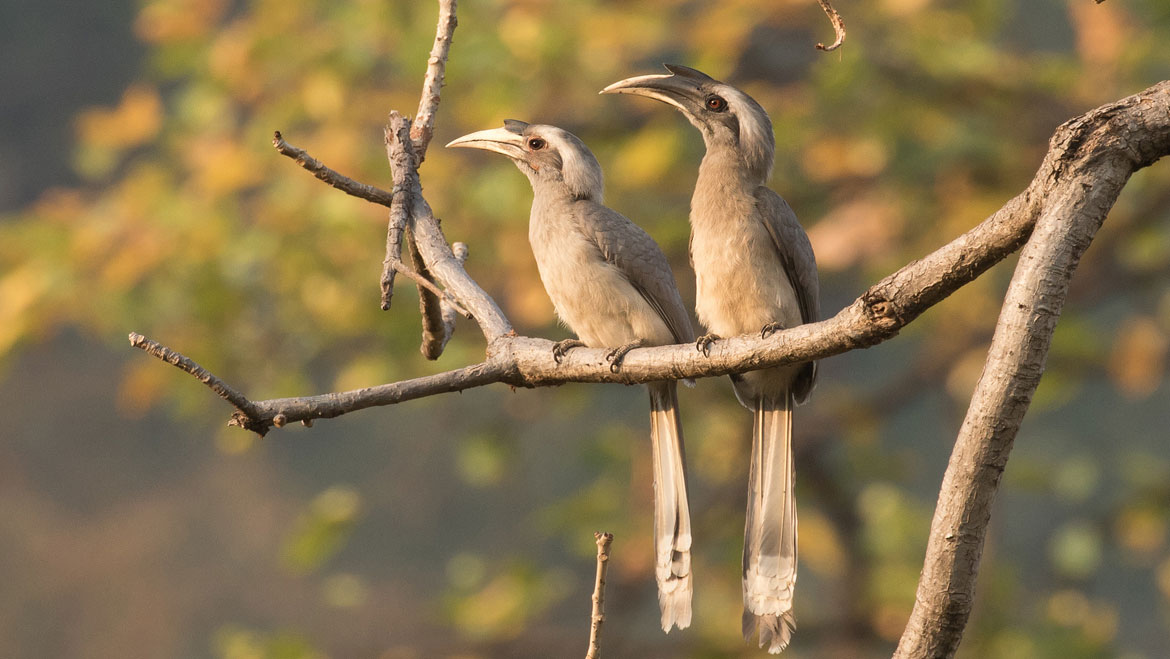 Hornbills are the magnificent birds with long and down-curved beaks flying across the world. There are a total of 57 different types of species, 25 found in Africa and 32 in Asia and with these numbers specified, India is home to 9 different types of hornbills. The Indian Grey Hornbill is the most sighted bird in South India as it likes to reside in a wooded savannah.

According to a report from Times of India, a major sighting of hornbills has been recorded in Karnataka. This survey was done by a website launched in 2014 called Hornbill Watch. They aim to record the public sightings of hornbills in the various regions of India. According to the website, most sightings were recorded in Karnataka, Maharashtra and Tamil Nadu in South India followed by Assam and Arunachal Pradesh in North-east India. Hornbill Watch is a citizen-science project which was started with the aim of creating awareness about these birds and encourage citizens to share images and sighting experiences of hornbills. Till February of 2017, the website received 938 recordings from a total of 430 contributors from 26 states and 3 Union Territories. Out of the total recordings (including protected area and human habitations), 20% sightings were from Karnataka. Most sightings of the Indian Grey Hornbill was recorded in Bengaluru.

Hornbills have been listed as an endangered species and Karnataka Government has been working towards the protection of these birds. In 2011, the state government announced Dandeli forests as Hornbill Conservation Reserve because Dandeli is home to 4 species of Hornbill out of those 9 existing in India. 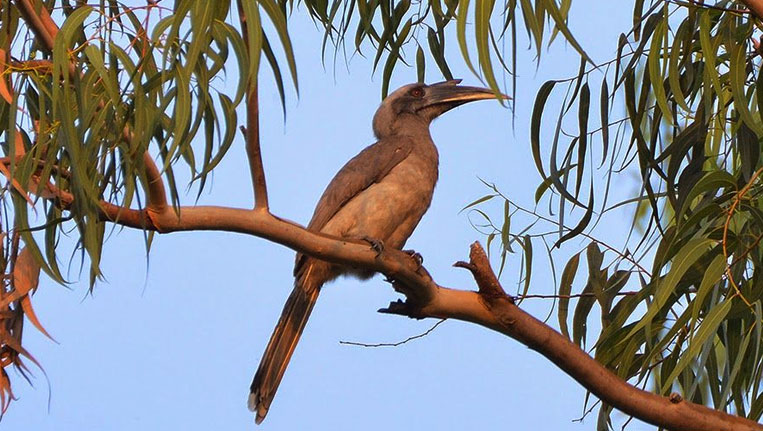 Long, curved beaks, some adorned with a bright casque on their heads, Hornbills have an interesting yet majestic appearance. Adding to this, they have few interesting facts throwing light on their lives and behavior:

1. Hornbills have developed strong neck muscles which help them support their beaks.

2. They are the only birds who have eyelashes.

3. Male hornbills are protective toward their families and stay with them lifelong.

5. These amazing birds have a vision of binocul ars which help them look at the tip of their beaks.

6. These species is 15 million years old!

7. These species have a festival named after themselves! Hornbill festival takes places in Nagaland where various tribes celebrate their specific festival altogether. This festival is also called as festivals of festivals.

8. They eat food with style! Hornbills have shorter tongues to manipulate the food, therefore, they eat foods after tossing them in the air with the tip of their beaks.

9. The Great Indian Hornbill primarily feeds on fruits and figs. They just do not eat fruits from trees but sometimes they descend on grounds to gather fallen fruits.

Hornbills have also been sighted feeding on Indian bread in various cities like Delhi, Pune, Indore. Also, an incident of male Grey Indian Hornbill was sighted feeding biscuits, Indian bread to the females and chicks in a nesting in a concrete wall. Such interesting recordings strongly indicate towards the fact that hornbills are not just seed dispensers or frugivores but also feed on other things.

These beautiful creatures are in a serious problem of getting extinct and it is our duty to protect them. The recent sightings have indicated towards the possibility of them finding a decent habitat in India. In order to conserve them, we need to act responsibly and do our bit.