Chitkul- The Most Scenic & Remotest Village in Himachal You Must Visit 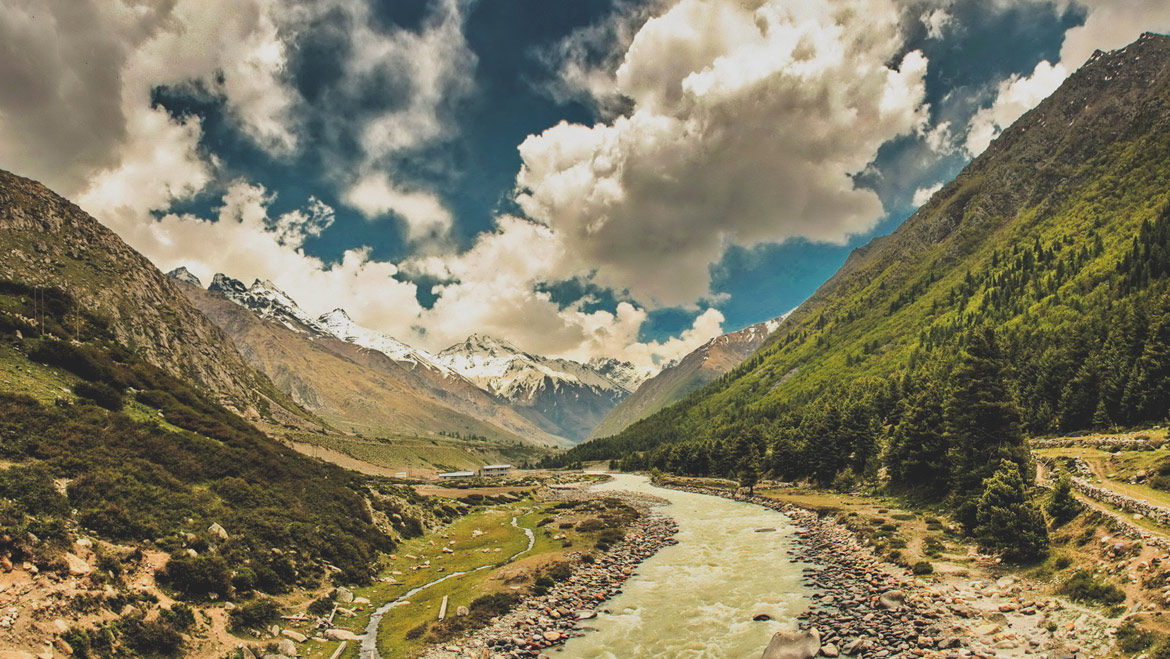 A small village situated some odd 600kms from Delhi; Chitkul is said to be the last inhabited village on the Indo-Tibet border and is nestled deep within the Kinnaur Valley of Himachal Pradesh. Situated on the bank of Baspa River, Chitkul at the elevation of 3450m is all about different landscapes that can mesmerize anyone who visit here. Meadows, Mountains, Grasslands, River, forests and Apple orchids, the place has everything!

At a distance of 250kms from Shimla, Chitkul boasts being one of the most scenic places to see in India. Surrounded by snow clad mountains, this beautiful village can be reached by following the route: Shimla, Narkanda, Rampur, Wangtu, Karcham and Sangla and crossing some of the most dangerous roads. But, the feel of being at Chitkul remains unmatched. This last Indian Villages takes one on a journey that has never been taken, pristine and untouched Chitkul welcomes one to get the taste of something truly heavenly.

Chitkul is another out of the world experience. The population here is hardly around 600 people. The locals are bunch of happy people, who show warm hospitality to the tourists. The village remains inaccessible for almost 6 months from October to February due to heavy snowing. There are a number of treks that one can do around Chitkul and it is indeed one of its kind experiences. Apart from it eating at roadside eatery which claims to be the Last Dhaba of India is also a great feeling.

Travel time when taking a cab is estimated around 21 hours and with buses is usually a day and half. Depending on how bad the road conditions are and if it has snowed or not.

When to Visit: The best time to visit Chitkul would be between March and September. As in the winter months from October to February the roads are mostly blocked. If you are planning to visit, stay at least 5 days.