Yes, it’s true. Cows need to have a photo ID in West Bengal. It was being difficult for authorities to prevent the illegal smuggling of cows into the neighboring country Bangladesh. Thus, the idea of issuing an ID to cows, from one of the officials was given a nod. If reports are to be believed, around 25,000 cows were daily being smuggled into Bangladesh from West Bengal. This number after the implementation of ‘Photo ID’ idea has significantly reduced.

Feeling proud? Well, you should!! At around 16,404 feet above mean sea level, Siachen glacier is the highest battleground on Earth. And it requires a great deal of courage to stand there and be ready to guard the country.

3. City Montessori School (Lucknow) is the biggest school in the world

City Montessori School maintains 20 branches in Lucknow, wherein around 47,000 children study, play and groom themselves. It was started by Mr. Jagdish Gandhi and his wife Bharti in 1959 with just five students. And today it is mentioned in the Guinness Book Of World Records as world’s biggest school.

4. Outside UK, the Royal Calcutta Golf Club is the oldest golf club

Cricket is not the only sport that British brought to India. Golf was also introduced by them to Indians and that too with equal excitement. The Royal Calcutta Golf Club was established in 1829 when the East India Company was climbing to power. Decades have passed and many empires have risen & fallen, but the club has still not lost its sheen. Today, it is the hub of city’s elite and top players.

5. Non-residents are not allowed to Indian currency out of the country

6. More than a million Indians are millionaires

Reflecting a perfect example of a widening gap between rich and poor, a report says there are more than million millionaires In India. 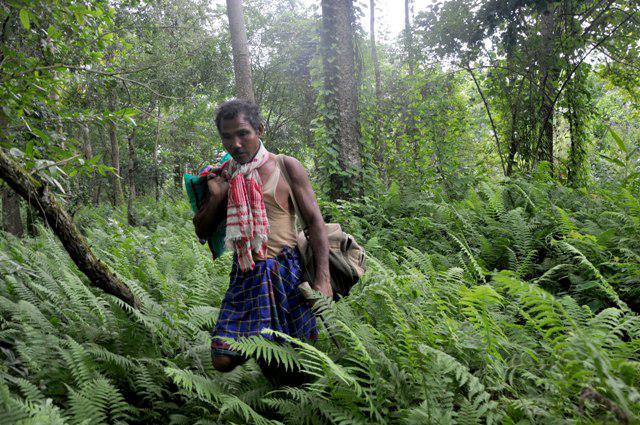 His name is Jadav Payeng, and he started planting trees at the age of 16. In 1979, floods had left a sandbar ruined and he thought the place could act as a refuge for animals who lost their habitat due to the natural calamity. He initiated by burying seeds and within few years his efforts started yielding results. The barren land was turning green and he decided to devote his life in spreading the forest. It has been around 35 years and the forest is now home to elephants, tigers, deer and rhinos.

It was in 2008 forest officials noticed his effort and spread the word to many national and international authorities. Mr Jadav still lives in the forest and wishes to continue to serve the forest and its inhabitants.