Top 10 Movies Based on Travelling in Indian Destinations 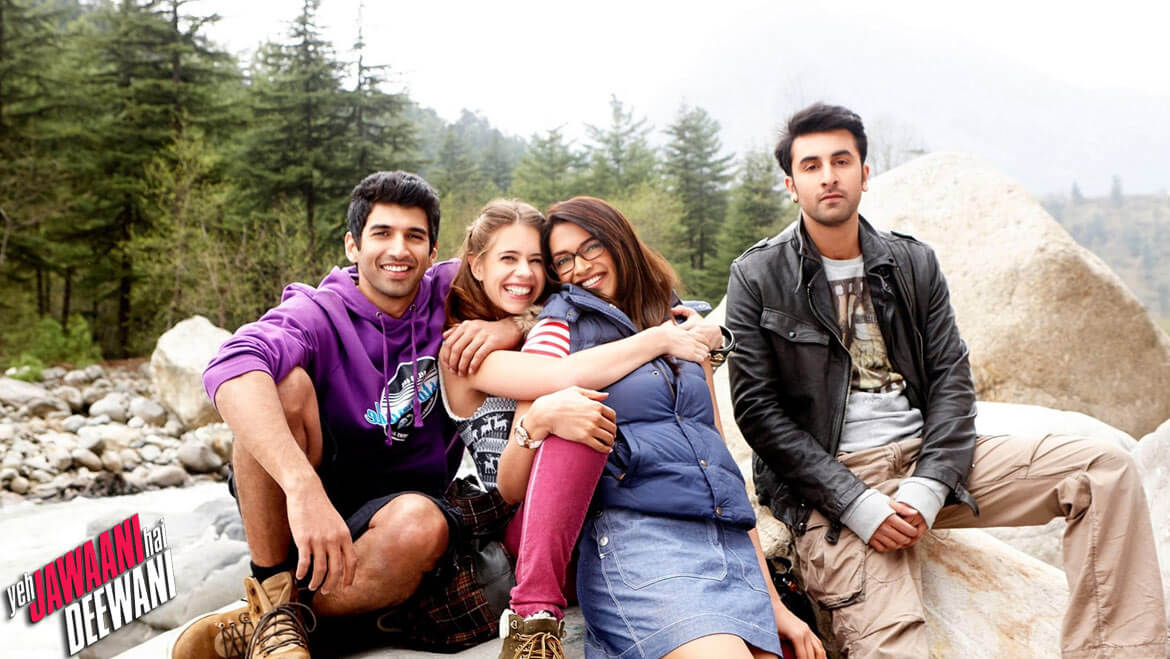 With a sprawling and diversified landscape, vibrant and indigenous culture, clamour of people and languages and diorama of history, the Indian destinations are just not a click in a flash camera. Not even the places are only penned in books but over the years the destinations are reeling and rolling on the silver screens from Bollywood to Hollywood. There’s no doubt to introduce myself as a huge movie freak but travel movies simply tickles my nerve. For a moment if I hold on this topic, ‘top 10 movies based on travelling in Indian destinations’, and pick 5 movies only on travelling and adventure, then I will go for Into the Wild, Motorcycle Diaries, 7 years in Tibet, Vertical Limit and Yeh Jawani Hai Deewani. Coming back to movies based on travelling in Indian destinations… my picks from Hollywood and Bollywood are as follows:

A Passage to India 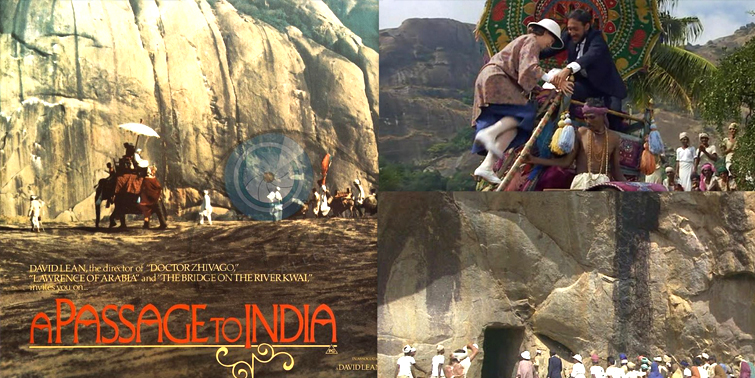 Reeling a picture of the Indian Independence Movement, A Passage to India, directed by David Lean and based on the book by E.M. Forster, is my first pick on movies based on travelling in Indian destinations. The plot dates back to 1920 where the adventure, drama and historical flick reels from an ocean cruise from England to India and wheels through the set of a quaint city of Bankipur, which is in real a suburb of Patna and thereafter steers to the set of Barabar Caves, which is in real located in the Jehanabad District of Bihar, India. Most of the scenes were shot on a hilly location close to Bangalore. Other scenes were filmed in Ramanagaram, with some interiors being shot at Shepperton Studios in Surrey. The film features the journey of Adela and Mrs. Moore, two English ladies, and Aziz, who was born and brought up in India. The characters of Adela and Mrs. Moore were played by Judy Davis and Peggy Ashcroft and Victor Banerjee, one of the Indian veteran actors, played the character of Aziz. 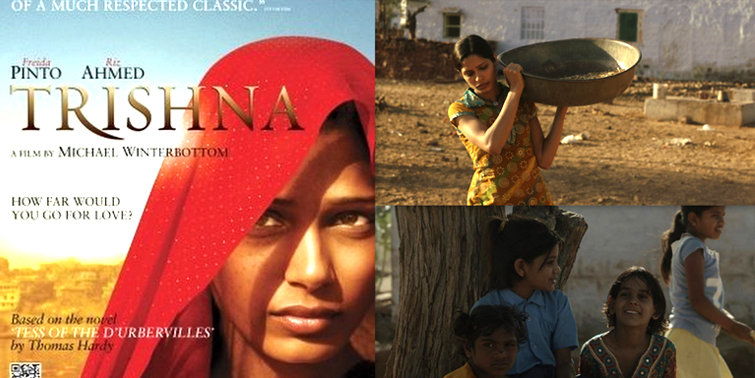 Based on the novel ‘Tess of the d’Urbervilles’ by Thomas Hardy and directed by Michael Winterbottom , Trishna is one of the women oriented Hollywood flicks that reels the life of a woman, Trishna, whose life is destroyed by the restrictions of social status, complications of love and life, and her development as an individual. The movie displays the conflict between the contemporary Rajasthani culture and age old traditions and depicts a rural society which is changing rapidly through industrialisation, urbanisation and, above all, education. Thereafter, it moves through the bustling city of Mumbai, where Trishna, character played by Freida Pinto, meets Jay, character played by Riz Ahmed and falls in love with each other. The movie gives the perfect aroma of rural and urban Rajasthan as well as Mumbai clmaour. 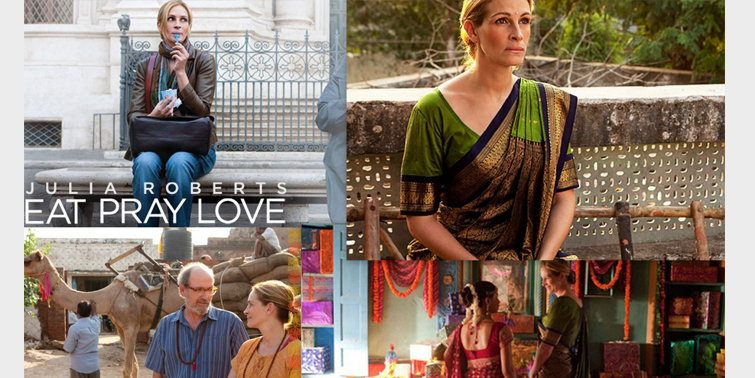 Yet another women centered Hollywood flick, Eat Pray Love, directed by Ryan Murphy, reels the character of a divorced and lonely lady, played by Julia Roberts, who arrived India in search of spirituality. You see little of the real India from her journey that displays a glimpse of the bustling city of Delhi and thereafter the quaint and rural atmosphere of Pataudi, Haryana. The movie also gives a traditional flavour of Indian wedding and culture. 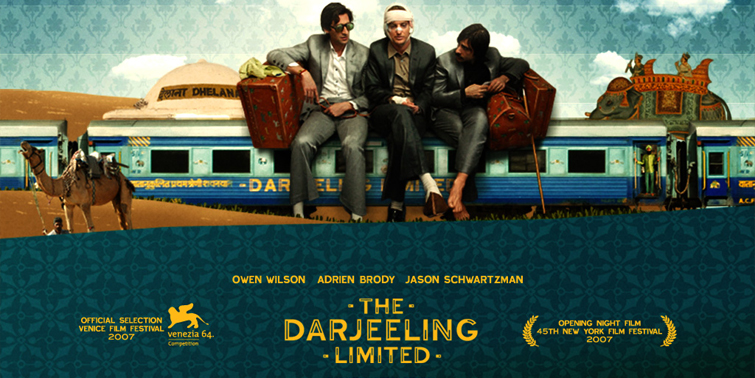 The Darjeeling Limited is an adventure, comedy and drama flick that is directed by Wes Anderson and characters played by Owen Wilson, Adrien Brody, and Jason Schwartzman. The movie reels the reunion of three brothers after the funeral of their father and the trio sets on a train trip in India. It screens the scenes of the Indian Himalaya in the hilly set of Udaipur and also moves through the streets of Jodhpur. 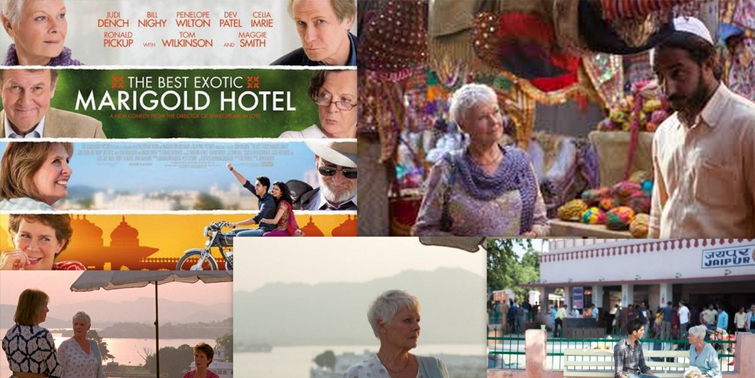 A multi – actor movie, which is directed by John Madden, “The Best Exotic Marigold Hotel” is one of the best movies based on travelling in Indian destinations. The movie beautifully picks the plot of the two heritage cities, Jaipur and Udaipur. It moves through the royal chapters of the pink city and steers to the lake city, Udaipur. Furthermore, it also gives a glimpse of the Amer Fort and Kanota Fort and wheels to the rural ambiance of Kishangarh, which is an outskirt of Jaipur, and Khempur, which is an outskirt of Udaipur. Scenes were also shot in Lake Palace Hotel at Lake Pichola and Rambagh Palace Hotel, Jaipur. 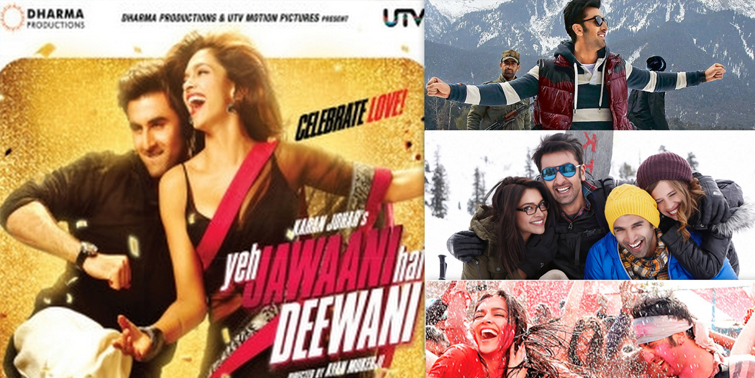 One of the best bollywood flicks that is based on travelling in Indian destinations, Yeh Jawani Hai Deewani, directed by Ayan Mukherjee, is a story of two characters, Bunny and Naina, who acquainted each other on their journey to Manali. The movie also reels some of the scenes from Uadipur in Rajasthan and Gulmarg, Pahalgam and Srinagar in Kashmir. Nonetheless, most of the shots were taken in the hues of Himachal Himalaya displaying the panorama of Manali, Gulaba, Banjaar, Hamta, and Naggar. The characters of Bunny and Naina were played by Ranbir Kapoor and Deepika Padukone. 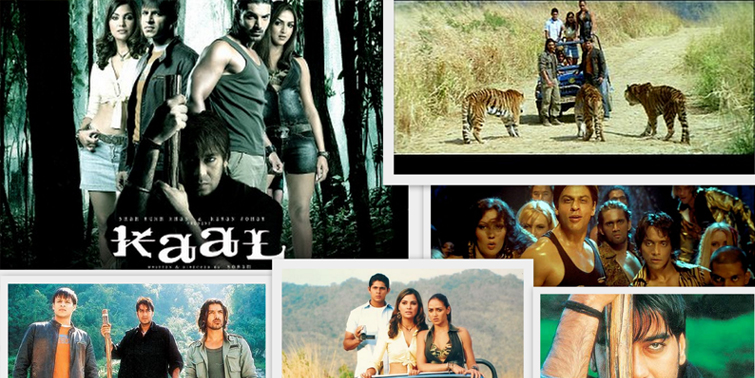 The movie Kaal, which is directed by Soham Shah and produced by Shahrukh Khan, is one of the most thrilling bollywood flicks that pick a slice of wildlife in India. The film stars the notable actors from bollywood like Ajay Devgan, John Abraham, Vivek Oberoi, Esha Deol and Lara Dutta in lead roles. The fictional story, which is based on man eating tigers, takes you to a jeep safari in Corbett National Park, which is one of the popular national parks in India and is located in Uttarakhand. 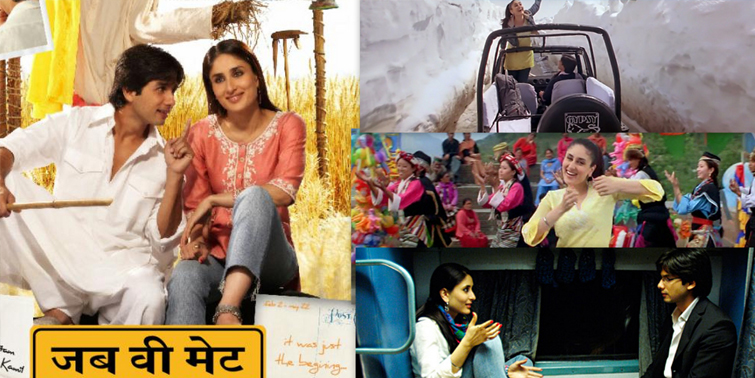 The movie Jab We Met whistles from the bustling city of Mumbai on a train where an acquaintance between Aditya Kashyap, played by the actor Shahid Kapoor, and Geet Dhillon, played by the actress Kareena Kapoor, moves through an adventurous journey. It reels from railway tracks to the hills of Himachal and snakes through the roads of Manali and Shimla. Thereafter, it also takes you to the rural aroma of Bhatinda, which is one of the oldest cities in Punjab. Some of the scenes were shot in Manali Castle, which is one of the popular landmarks in Manali, and ascends to Rohtang Pass at 3,948 meters, which lies on the Manali – Leh Highway. 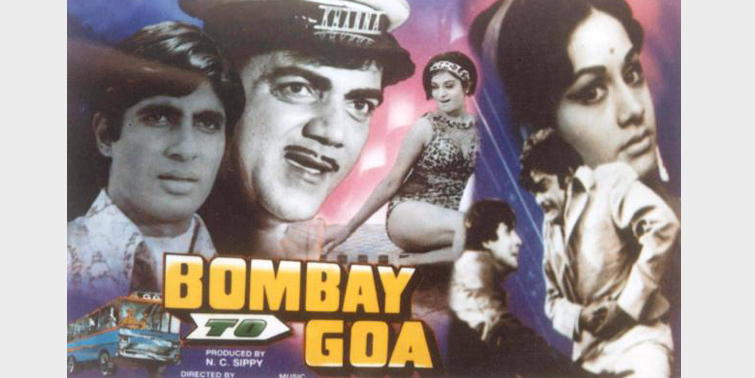 One of the famed adventures – comedy bollywood movies directed by S. Ramanathan and starred by Amitabh Bachchan, Shatrughan Sinha, Aruna Irani and Mehmood, Bombay to Goa still hits the mind of Indian travellers. The road journey on bus covers the fictional character of Mala who escaped from her marriage and was chased by Sharma and Verma. Ravi Kumar, the character played by Amitabh Bachchan, tries to protect Mala and also accompanies her throughout the journey. 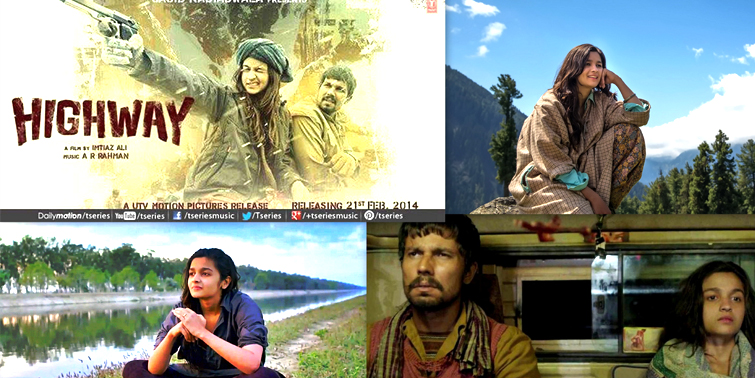 From my picks of top 10 movies based on travelling in Indian destinations, Highway, which is directed by Imtiaz Ali, is the freshest bollywood flick. The movie beautifully reels the remote Sangla valley in Himachal Pradesh and drives you over the Aru valley and Chandanwari near Pahalgam. Further, scenes were also shot along the road highways of Delhi, Haryana, Rajasthan and Punjab. The 2014 action packed, drama and romantic movie stars Alia Bhatt and Randeep Hooda, who plays the character of Veera Tripathi and Mahabir Bhati respectively.