Another Tiger Found Dead in Maharashtra, Taking the Tally to 20 for the Year 2018

On Sunday, December 30, the carcass of tiger T16 was recovered from the Chichgaon Beat of the sanctuary’s Paoni wildlife range. The 7-years-old dominant tiger was called Charger. The body was found by the local tourists who informed the forest officials. 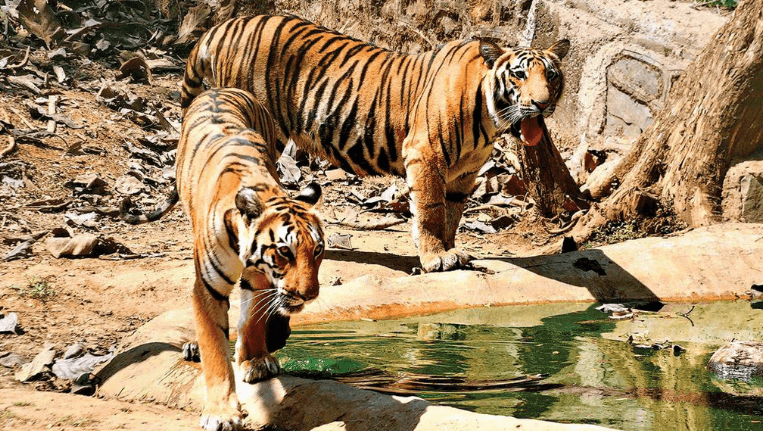 After the news of the death of Tiger T16 had surfaced, authorities came across the carcass of another female tiger, tigress T4. While surveying the ground on Monday, the authorities discovered the dead body of the tigress not far away from the spot where the first tiger’s body was recovered.

Along with the dead tigers, authorities also discovered a semi-eaten carcass of a wild pig, near the second carcass. This has led authorities to speculate that this might be a case of revenge killing by the local villagers. The villagers have retaliated in the past too, harming the tiger population in the area. Field director of Pench Tiger, Ravikiran Govekar said that there are farmlands in the vicinity to the spot where tigers were discovered and revenge killing is not new here.

Govekar also said that Prima facie, it appears that the pig was poisoned, killed and used as bait to lure tigers. The physiological change in tiger carcasses indicates the possibility of posing. He said that the carcasses have been sent for toxicology tests and the reports would help them figure out the case.

Forest Officials confirmed the fact that both the tigers had consumed the meat of wild boar. The post-mortem was carried out as per the SOP and procedure. 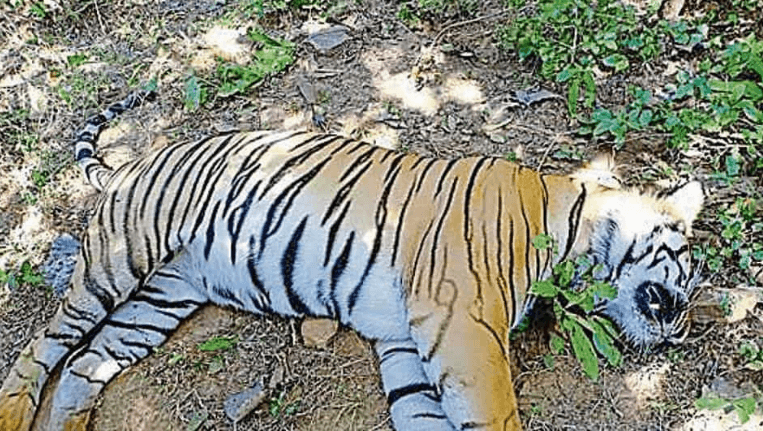 With the death of Tigress T4, the total count of tiger deaths in Maharashtra in the year 2018 rose to 20, behind Madhya Pradesh with 23 reported tiger deaths. Maharashtra has equalled its tally of the previous year and the recent data has highlighted the flaws in tiger protection programmes in these states.

As per the NTCA protocol, a team of forest officers, veterinarians, independent experiment members and a representative from NTCA has been formed and they would further look into the cause of death. Two dog squads have also been called from Tadoba and Pench to track the possible suspects. Samples of tigers have been collected and sent to regional Forensic Laboratory in Nagpur for toxicological, forensic and histopathological investigation. Meanwhile, the forest officials would also interrogate the local villagers and if any foul play is detected, the culprit would be punished under the wildlife protection act.