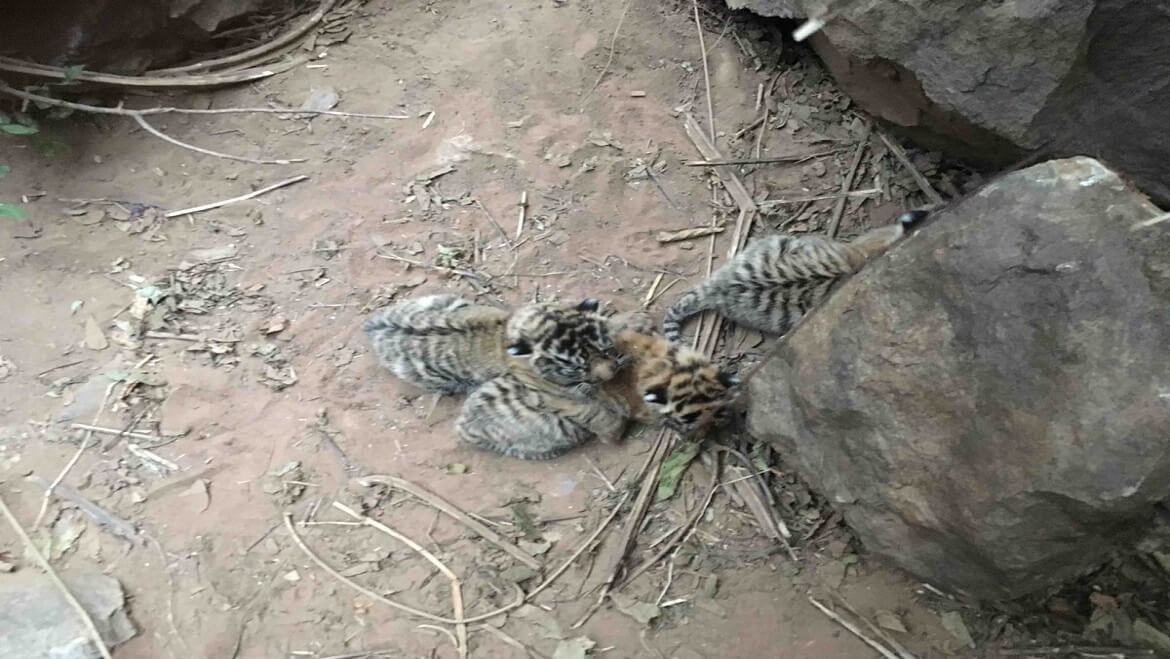 A cause for celebration as three tiger cubs were spotted in Sariska Tiger Reserve(STR) in Alwar. The litter is believed to be of Tigress ST-10. The news comes as a reason to celebrate after Sariska had witnessed deaths of multiple tigers in recent times.

Tigress T-10 gave birth to two cubs in 2014, however, Tiger cub ST-11 died a tragic death after walking into a snare laid by the villagers. Tiger ST-5 was poached and ST-4 died in a territorial fight. The news of three tiger cubs is the much needed good news for the Sariska Tiger Reserve staff.

The tiger cubs were spotted by STR team trekking in the areas near the Tal Vraksh Range of Sariska Tiger Reserve. After hearing the muffled sounds of cubs playing, the team carefully sneaked in and spotted three healthy tiger cubs.

Hemant Gupta, DFO Sariska Tiger Reserve said that the tigress ST-10 was under watch after her location was static for a while, which had raised signs of good news. Tigress ST-10 had given birth to two cubs in 2014, ST-11 and ST-12.

The official statement said that the cubs are around 15 days old and a special team is being deployed to keep a watch on the nearby areas from where the cubs were spotted earlier. The team will monitor the movement of the cubs and tigress ST-10.

The news of the three tiger cubs has brought in a wave of excitement. These three tiger cubs take the total tally of tigers in Sariska Tiger Reserve to 19 big cats, including eight tigresses, three tigers and eight cubs. The teams are monitoring the movements of the cubs to ensure the safety of the cubs and the mother.