Coexistence of Humans and Animals at Risk: Train Mows Down 3 Tiger Cubs in Vidarbha Region 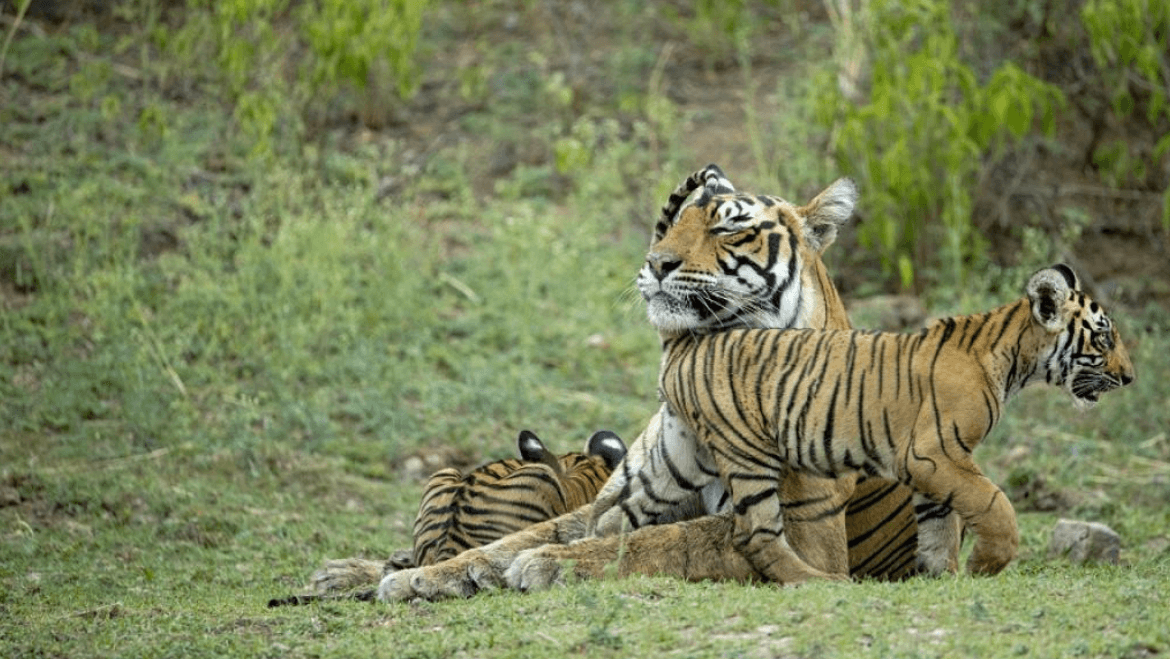 3 Tiger cubs were mowed down by a train in Maharashtra’s Vidarbha region on Thursday 15th November. The bodies of two cubs were discovered on the railway tracks on the morning of November 15th and the body of the third cub was discovered 500 meters from other two in the Junona Forest range in the Chandrapur district of Maharashtra.

The country has seen a sudden rise in the loss of the tiger population in India. At the beginning of November, the alleged man-eating tigress Avni was shot dead in the forest of Maharashtra, despite several protests from the public and activists. This incident comes at a time when Odisha, Uttar Pradesh, and Maharashtra has seen the death of Tigers in its forest reserves. 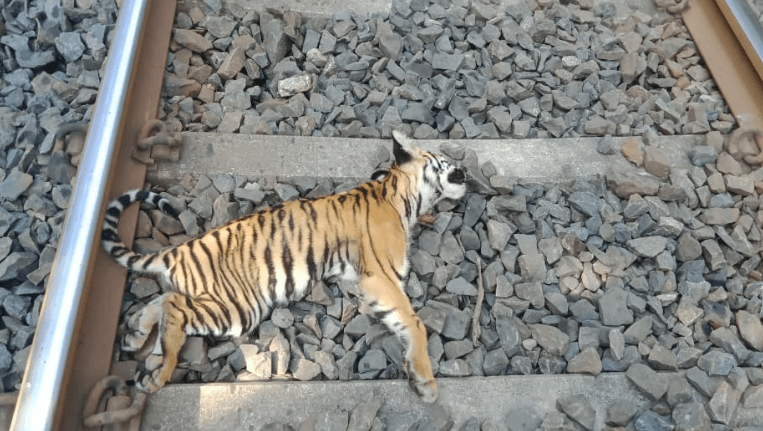 On Thursday morning it was reported that two tiger cubs were discovered dead in the Junona Forest range in the Chandrapur district of Maharashtra. They were believed to have died after being mowed down by the Balharshah – Gondia passenger train. However, by the evening of November 15th, a body of the third cub was discovered 500 metres away from the other two cubs. It is believed that the tiger cubs along with their mother were trying to cross the railway track. The mother, however, crossed safely but her cubs were mowed down by the approaching passenger train.

S V Rama Rao, the Chief Conservator of Forests, Chandrapur confirmed the news of the three dead cubs. However, some reports in the media speculated that the Tigers were killed and their dead bodies were thrown on the tracks to hide the foul play. S V Rama Rao denied any such speculation, stating that the preliminary enquiry could trace the pug marks near the tracks and the blood of the three cubs was found on the tracks. He also stated that officials also tracked the pugmarks of the mother tigress and cubs in the forests leading to either side of the railway tracks. The post-mortem was conducted which concluded that there was no foul play and the cubs died after being hit by the oncoming train. Rao also stated that the mother is believed to be in the vicinity. He said that with the presence of so many humans near the tracks she must have stayed away but she would still be surrounding the tracks. He said the mother tigress would be tracked within a day or two. 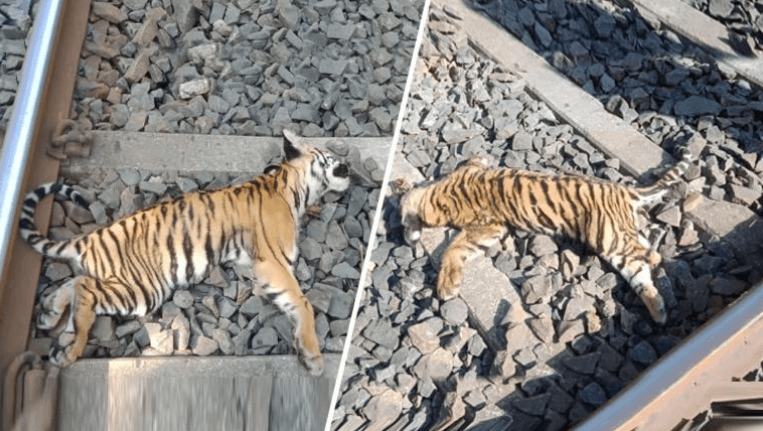 Rishikesh Ranjan who works for the Forest Development Corporation of Maharashtra (FDMC) stated on the record that he and his officials were able to reconstruct the sequence of events by observing the pugmarks and blood stains. The marks clearly point to the mother and her cubs trying to cross the track. Mother tigress was able to cross the track but her cubs weren’t so lucky. The FDCM is part of Maharashtra’ Forest Department and has been leased with certain parts of the forests for productive forestry.

Many wildlife activists were raged over the death of tiger cubs and Conservationist Anish Andheria of Wildlife Conservation Trust blamed the linear infrastructure as the cause of cubs death. Speaking to Down To Earth, he talked about how linear infrastructure could be avoided. He said that railways, roads, powerlines and canals are all the linear infrastructure that are potentially fragmenting the forest areas.  He blamed linear infrastructure to be the epicentre of many fatal accidents of numerous wild species of small and big animals. He went on to say that if science is used aptly, these accidents can be avoided in the future. He believed that if all the stakeholders – Forest Department, Indian Railways, National Highway Authority, Electric companies, and Irrigation department can come together to create integrated landscape-level plans, these accidents can be avoided. He was seen quoting examples of wildlife sanctuaries where the authorities have created a bridge for animals to cross the highway, avoiding accidents. He went on to state that no future linear infrastructure should cut through the declining forest areas. In cases where no alternate is present, a scientific approach should be used to ensure the safety of animals in the forests range.

Forest officials are still looking for the mother tigress and it is now left to see what measures are taken by the Forest Officials to prevent the risk of such accidents in the future. This accident is heartbreaking and we all hope that these accidents don’t occur in the future.