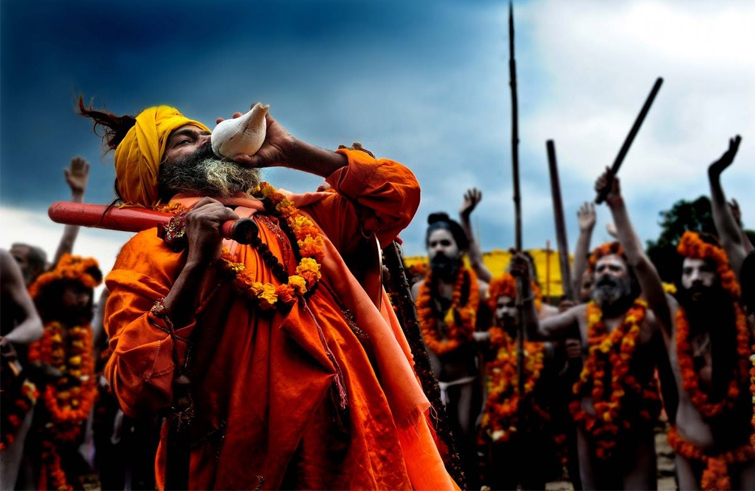 Dubbed to be the largest religious congregation in the world, Simhastha Kumbh Mela commenced in Ujjain on the scheduled date April 22, 2016. This month-long began with the royal bath of Juna Akhara on the banks of River Kshipra.

As expected a large number of people have gathered for Simhastha Mela in the city of Ujjain in Madhya Pradesh. It is to be noted that the fair has taken place in Ujjain after a gap of 12 years. As per the ritual, it is said that all the 13 Akharas of saints and seers will take a dip one after another in Kshipra River on intermittent breaks all through this one-month-long fair. Over five crore pilgrims are expected to arrive in Ujjain. According to Chief Minister Shivraj Chouhan, ‘huge security and logistical arrangements have been made, including shifting of police forces from various districts to Ujjain.’ CM Chouhan has also declared the Ujjain Kumbh Mela as ‘Green Simhastha.’

A unique thing that has come up in this Ujjain Kumbh is that the eunuchs have also managed to set their Akharas and have successfully taken out their procession in the city which was given a warm welcome by the people.

At present about 22000 security personnel including the state policemen, personnel from central forces and other departments have been deployed for the Simhastha. According to Inspector General of Police (IGP), Madhu Kumar, ‘At the time of Shahi Snan (royal dip) in Kshipra River, 25000 security personnel will keep a watch at the Mela venue.