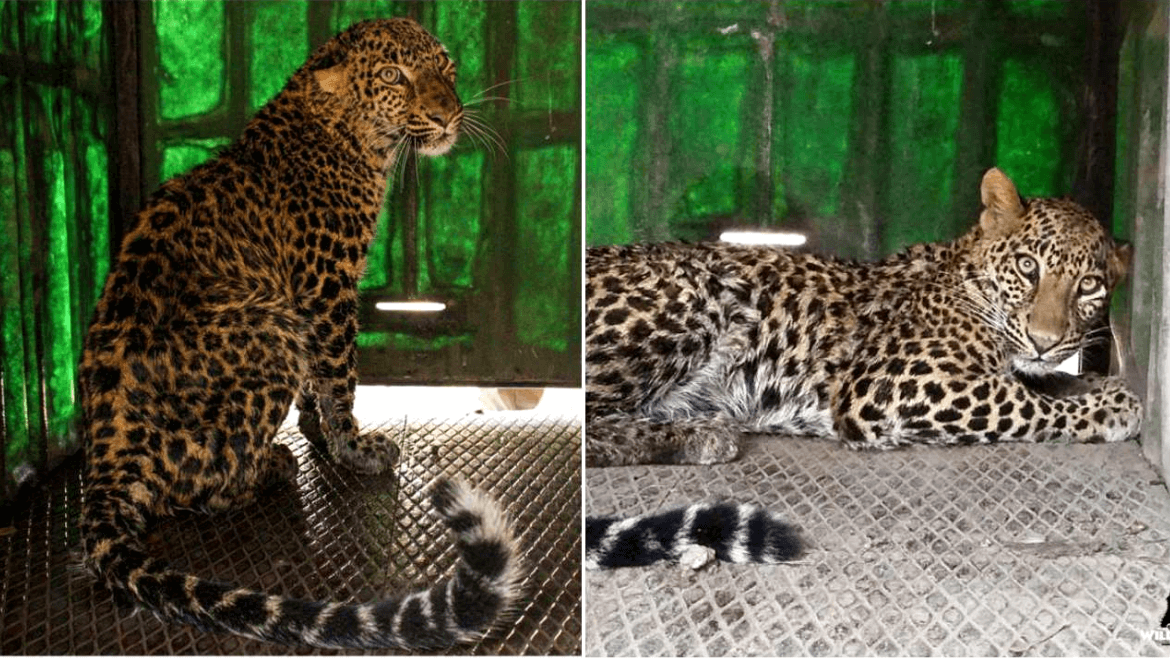 A female Leopard fell into 50 feet deep well in the Gulunchwadi village in Maharashtra. The Leopard was first witnessed by locals, who immediately informed Forest authorities about the situation. Immediately, the Wildlife SOS team reached on spot to begin their rescue operation.  However, the operation was halted because of a major hurdle. The bottom of the well was connected to another adjacent well and the Leopard kept moving in the narrow crevice between the two wells. Any attempt to lower down the cage was deterred by Leopard panicking and hiding in the crevice. The leader of the rescue operation, Dr. Ajay Deshmukh decided to lower down a rescue operator with the cage.

Veterinary Assistant. Mahendra Dhore, who has been part of many such rescue operations was lowered down with the cage, with all the equipment including a tranquilising gun. Once he got a clear shot, he tranquilised the scared Leopard. After being tranquilised, the Leopard was shifted in the cage and pulled up.

Another 7 years old female Leopard was rescued last week from 30 feet well in Junar Taluka in Maharashtra. The rescue operation in Junar Taluka was carried out by the same team. The cases like these are three-years-old with more Leopard-human conflict because of shrinking wildlife areas. The open wells and pits in the nearby villages often lead to such operations.

What’s Next for The Leopard?

We salute the brave efforts of Wildlife SOS. Their quick thinking and their dedication to the cause is commendable and we hope that organisations like Wildlife SOS get all the appreciation and help they deserve for their efforts.